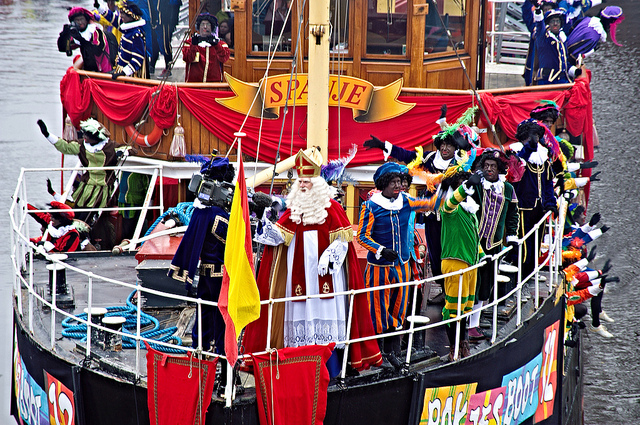 Often referred to as one of the most forward-thinking countries in the world, with its relaxed attitude towards drugs and the sex industry, it may come as a shock that Holland is host to what many see as a racist, Christmas tradition of Zwarte Piet (Black Pete).

This is a celebration based on the traditional story that Santa has a black-faced helper who takes the bad children away to Spain, where he/she is from. Black Pete is often depicted as a white person who’s painted themselves black, and this causes a lively debate among the Dutch.

The festive season can become a not-so cheery place in the Netherlands, as protests and disputes break out between those who are fighting against racism and those who see the tradition as a ‘harmless part of their culture’. 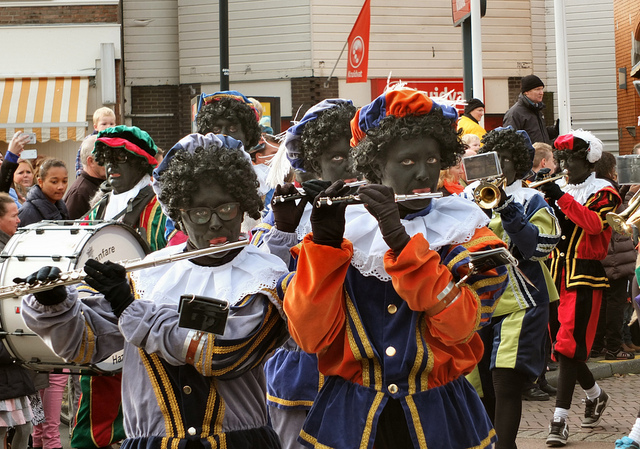 Music is played while the parade makes it way through the cities [Flickr:Gerard Stolk]

The tradition dates back to 1850, when racism was very prevalent in society. White people have tried to remove racist connotations from the tradition, stating the black face represents ‘soot’ that Black Pete has been marked with while making his way down the chimney on his travels helping Santa Claus.

However, the explanation of ‘soot’ doesn’t make the cut for many people. Zwarte Piet was first introduced to the world in schoolteacher Jan Schenkman’s book Saint Nicolas and his Servant, in which Santa Claus comes to the Netherlands on a boat from Spain, with a black ‘helper’ of African origin. The book was a massive success across the country and was integrated into festive celebrations.

The Netherlands’ colonial past makes the celebration of this festival all the more sinister; the Dutch Empire was a rival to the British in the 18th and 19th Centuries, with their interests stretching to the far corners of Asia, they were heavily involved in the trading of slaves in Africa. This was a strong source of income for the country and links have been made between this as Zwarte Piet.

The origin of the story has changed over the years in an attempt to please everyone, but there has been little to no success as the black face paint still remains.

I went to the Zwarte Piet Christmas parade in Amsterdam to find out more and discovered pretty quickly that the Dutch don’t take it well when you ask them why they think this tradition is seen as disturbing by many others. This was quite a shock given there usual liberal-minded views on most aspects of life. 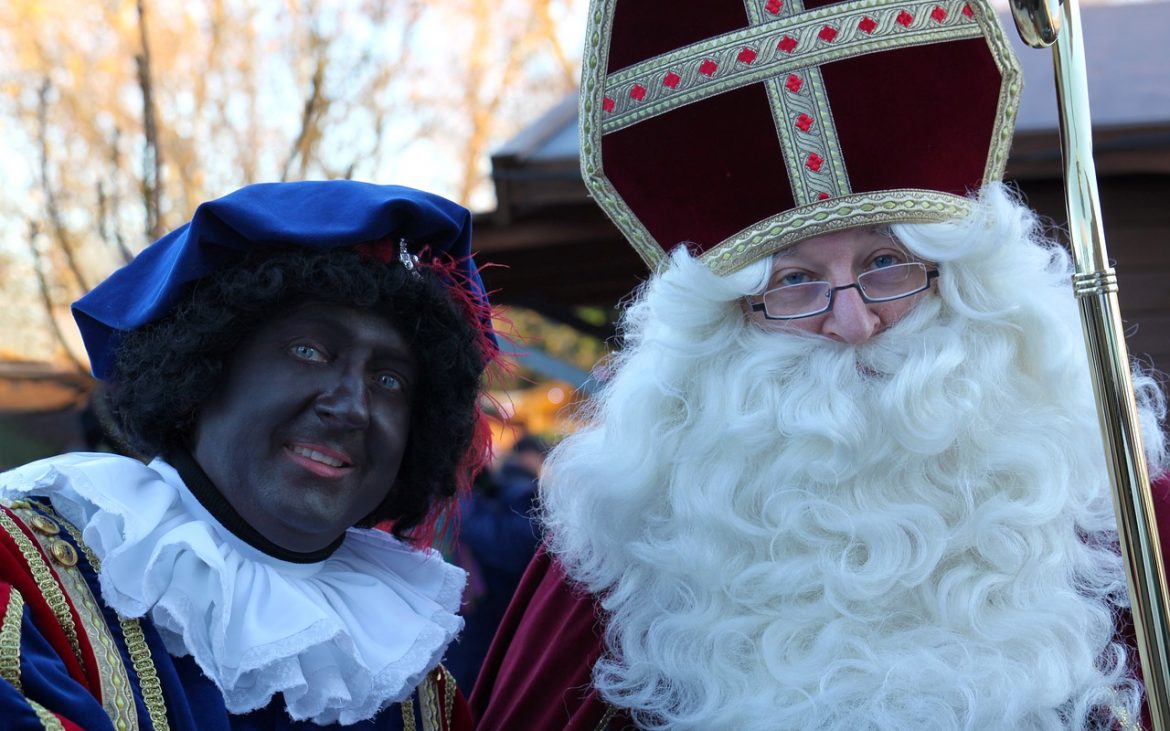 Sinterklaas and one of his ‘helpers’ during the Christmas parade [Pixabay: Tania Vdb]

At the parade I got speaking to Amsterdam native Jelle and asked him why the Dutch think its acceptable to continue this tradition. “There isn’t a problem with this tradition, it’s clearly soot on his face. The origin of the story has been changed to please everyone, but as you know, pleasing everyone isn’t possible. There will never be perfect harmony with this Christmas celebration, and quite frankly most people, at least those that I know don’t really care if people get upset. It’s part of Christmas,” Jelle told me.

I was pretty taken back by the starkness of Jelle’s response, so I continued to make my way through the parade in an attempt to find some of those who where protesting against Zwarte Piet.

I soon came across Bert, who was accompanied by a number of Zwarte Piet protestors, holding an array of signs with statements against the tradition. He soon shed light that the situation was in a much more dire condition that I had originally anticipated.

“This isn’t a harmless tradition. Things become very aggressive and even violent. Earlier this year Black Face supporters forced their way into a primary school in Utrecht, telling the teachers to ‘go back to your own country!’ We have even had problems in our city council here in Amsterdam when several supporters invaded a meeting and refused to leave until they were escorted out by security.” 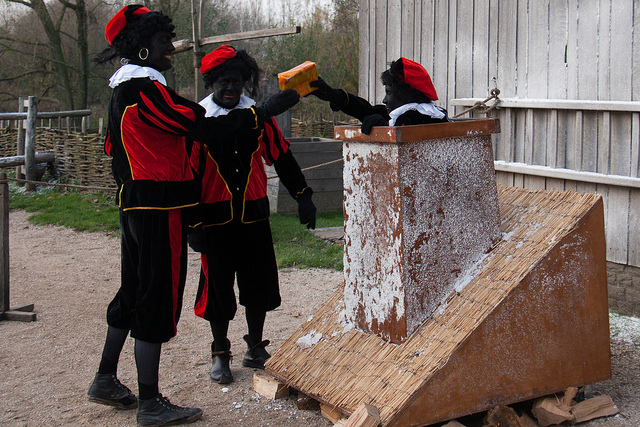 Zwarte Piets delivering presents down a chimney, part of the tradition [Flickr:Hans Splinter]

The Dutch government is in a difficult position to try and please everyone with the festive celebration. It turns out the primary school and city council incidents were triggered by the government banning these traditions in those areas. This has been an underlying problem for many years, but only recently it has been receiving global attention recently.

Another Amsterdam Native, Mila, who’s been living in the city for over 30 years, is one of the more senior attendees of the parade I believed she would be a strong supporter. I was wrong. “I’m actually not attending the parade, you just caught me off guard. I know well of The Netherlands role in slavery in the past and where the origins of the story come from. I’m old enough to know that the only right thing to do is to abolish this tradition and create a new one. We’re a forward thinking country so this shouldn’t be a problem. Otherwise it will just be the same issue year after year amongst Dutch citizens.”

However, there is hope for the future. Amsterdam’s Christmas parade has recently made the change of using soot instead of black face paint. They’ve also ditched the wigs, gold hooped earring and overly exaggerated red lips. Zwarte Piet’s outfit has also changed to make him look more like a 16th Century Spaniard, which is where is he is from in some forms of the tradition.

The Black Face Christmas tradition looks like it is here to stay, but in the future it is likely to diminish as more and more Dutch, particularly those from the younger generation are increasingly aware of the colonial connotations connected to this tradition.