The world of wearables

“The future is wearable.”

From the creation of the first ‘smart ring’ way back in the 17th century to the smart jackets that are still being developed today – advances in wearable technology have been, and are continuing to be, some of the most fascinating developments at the intersection of fashion and technology.

Marija Butkovic, CEO of Women of Wearables and Francesca Rosella, CEO of CuteCircuit, took to the stage at the 2017 Tech Style – The World of Wearables event at Savoy Place to discuss both the past and future of what exactly Wearable Technology means.

Butkovic told us that she’d learned a lot about the evolution of the business through her journey into the industry. When people hear the words “Wearable Technology” – a sector that not many are very informed of, they often seem to think that it is something relatively new to come out into the market. 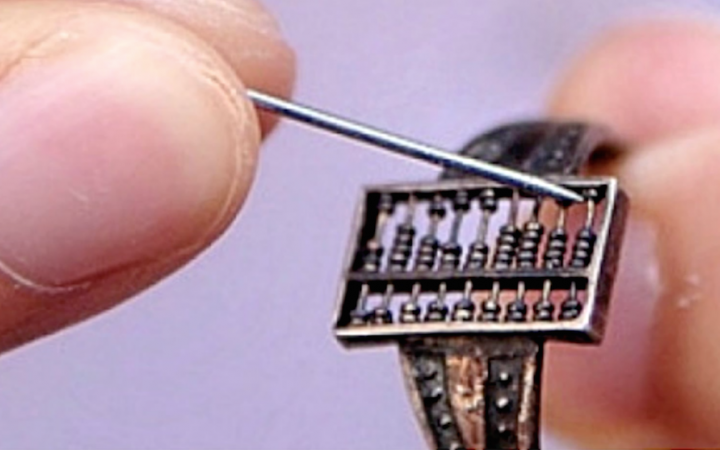 Butkovic, however, explained to the London audience how wearable technology has been surrounding us for far longer than most would imagine. “The origins of it go back to the 17th Century, even earlier,” she explained.

It was in the midst of the Qing Dynasty Era that the first ‘smart ring’ was pioneered – a 1.2 cm long and 0.7 cm wide metal ring. “One of the major breakthroughs, technological advancements at that time, was this abacus ring – the first smart ring,” Butkovic said. The abacus is a calculation tool that was mainly used in Europe, Russia, and China before the world adopted the written numeral system. “Let’s say, this was an early prototype of smart rings.”

Years later in the 1880s, a troupe of ballet dancers had the idea to attach little electronic lights to their clothing, to catch the eyes of spectators. “The Electric girls – 1884,” Butkovic explained. “Back in those days, a group of ballet dancers decided that having a regular ballet dance wasn’t good enough.” They decided to invent something new, and went on to put little bulbs and batteries under the skirts of their ballet dresses in order to create a beautiful and more interesting performance.

While their invention was only used in performances at first, it eventually led to the creation of the ‘Electric Girls Lighting Company’ – a company that allowed people to hire girls wearing these lit-up dresses to ‘light up their homes’ for events, parties and so on. In Butkovic’s words: “This was an early prototype of smart textiles, so to say.”

In 1907, the first wearable camera came about in the form of pigeon photography. Julius Neubronner, who wanted to track his carrier pigeons in flight, attached little cameras around the bird’s necks. “We could say, an early version of a GoPro camera of today,” Butkovic said. 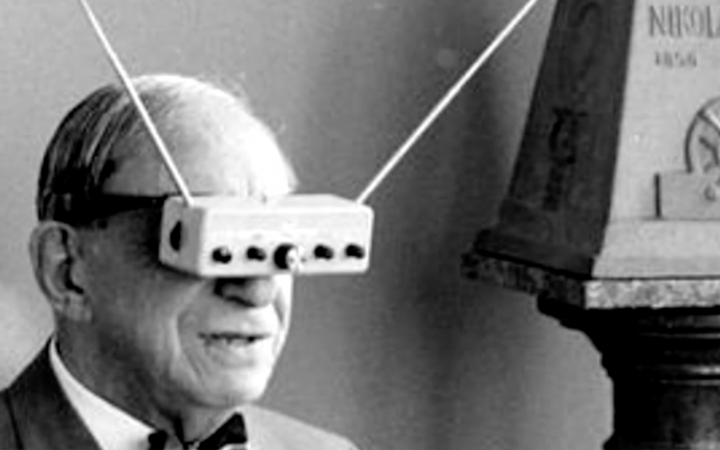 On and on the creations went. In 1960, the first versions of VR experiences were developed. In 1961, the first wearable computer came in the form of a shoe (the inventors had wanted a way to cheat at roulette). In 1963, TV glasses were invented by Hugo Gernsback – a tiny screen inside glasses that would be strapped to your head. He had been certain that traditional TV sets would soon be replaced in favour of ‘TV glasses’.

Fast forward 40-something years and we’re now at a stage where wearable technology is bigger and better than ever (or smaller, maybe?).

In 2000, Bluetooth technology became mainstream, with 2004 came the GoPro, in 2009 we got the Fitbit fitness tracker, and with 2013 came Google Glass – which paved the way for other smart glasses such as Snapchat glasses – which are steadily becoming a popular wearable device. In 2014, the Apple watch was released and very quickly became the most sold wearable technological device in the whole world.

And as if a switch was flicked on, as 2014 continued – the fashion world began to show more and more of an interest in wearable technology. Big brands such as Tommy Hilfiger collaborated with solar creator company ‘Pvilion’ in order to develop a range of solar powered jackets. It was a huge step into the industry of the world of wearable technology – and seemed to have set off the process of thought on how to integrate technology into fashion, and into our daily lives. 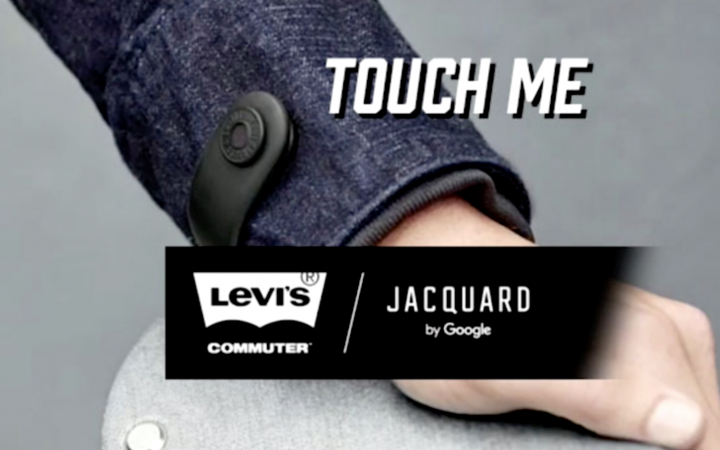 In 2017, Google partnered with the international fashion label Levi Strauss in order to create a smart jacket. Using Jacquard fabric, a ‘commuter jacket’ was created. “When you pair it with your phone, you can use it to swipe in, swipe out, use double tap movements. Basically, you can monitor and navigate your phone without even having to pull it out of your jacket,” Butkovic explained.

“One in six consumers own some kind of wearable technological device, and almost half of them are between the ages of 18 and 34. By 2020, it is estimated that there will be more than 50 billion internet-connected devices,” she told the audience. “So what’s next? No one knows. We don’t know the future of wearable technology. If someone asked us ten years ago what would be the future, no one would know. Nobody could have predicted that devices like smartwatches would exist.”

She concluded her speech on the journey through the history of wearable technology with a simple statement, that sometimes we must look at the past to see where the future can take us. And looking towards the future – one question remains: just how is wearable tech impacting the future of the fashion industry?

The second speaker of the evening, Francesca Rosella, focused on just that. At the forefront of the wearable technology revolution, Rosella – alongside her longtime partner Ryan – founded CuteCircuit, an innovative clothing company that combines fashionable clothes with technology.

“We design the future of fashion, but we make it happen now,” she told the audience. Speaking about her three collections she explained that her brand produces in three categories: haute couture – beautiful garments designed and made for the red carpet, the ‘special project’ – ‘blue sky’ projects, aspiring to be as innovative as possible – her creations can be seen inside museums or in artist’s stages. Then, finally, ready to wear. (which is pretty self-explanatory). 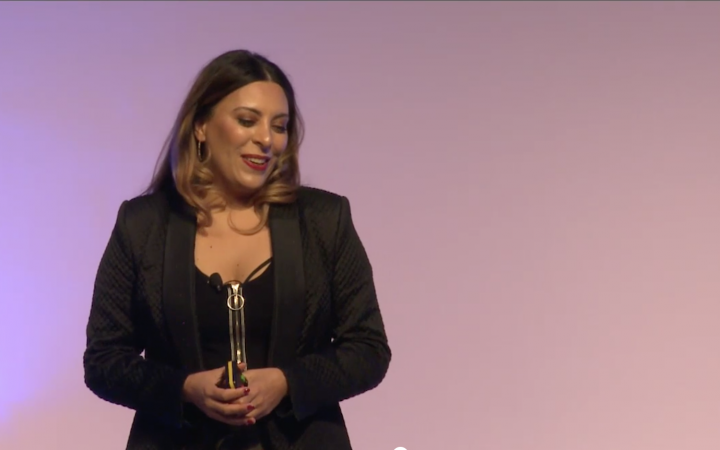 For the past thirteen years, Rosella has focused on bringing wearable technology into the fashion world, aiming to develop a brand that focuses both on gorgeous fashion and what technology can do with it.

“When I first started, I was a normal fashion designer. Back in 1998, I used to work at Valentino, it was my first job out of university,” she told us, explaining how she’d once suggested incorporating elements of technology into their designs. She said they’d looked at her like she “had three heads”.

A few years later, she found herself working for Espirit – and once again ended up in a similar situation. She’d suggested handbags with built-in GPS devices, that would send an alert to the owner if they couldn’t find their bag. Much like Valentino, unsurprisingly they weren’t too keen on the idea.

So, taking a big step, she quit. One of her first creations was the ‘hug shirt’. Alongside Ryan,  she developed a T-shirt that allows a person to hug someone else, no matter the distance. Put on the hug shirt, give yourself a squeeze, and sensors within the fabric of the shirt capture where you’re touching, how strong you’re touching, and for how long,  In turn, a Bluetooth signal will be sent to your phone and then to the recipient to feel whenever they choose to.

In 2006, Time magazine saw what Rosella had created, and awarded CuteCircuit with ‘one of the best inventions of the year.’ The only problem was that three million people then tried to come to their website to buy it, but it was still a prototype, so they only had two.

However, it was this that prompted the duo to make the product a reality. If this was a sign of anything it was that there is significant interest out there. There is a desire for products that both look beautiful and actually do something.

“This is sort of what we based the creation of our company on. We want to create garments that can really allow people who wear them to express themselves and communicate with other people,” Rosella explained.

A major step forward for the brand occurred when American pop star Katy Perry saw one of CuteCircuit’s dresses in a museum. The dress had taken six months to create, embroidered with 24,000 mini lights that reacted to the environment around it. Katy just had to have one herself, and so Rosella put all hands to work, created a dress, flew to New York, and delivered it to Katy, who wore it to the Met gala.

The dress was featured on the covers of newspapers, phones started ringing, and CuteCircuit went on to do a mini exclusive collection for Selfridges, and has worked with huge brands such as Converse and Chanel – and it’s not stopping. More and more mainstream and well-known brands are beginning to develop wearable technological items of clothing – and the future is only looking brighter!

As both Butkovic and Rosella agree  – if what has already happened is any indication of where this is all going – wearable technology may just be the future of the fashion industry.

Check out the full lecture below!