It is close to midnight and the promoter messages us to let us know that he is outside the club and waiting. We join the queue and call him, and I see a man on the phone hiding behind a security guard to the side of us, it must be him.

Before we even meet him, he is judging us. I catch his eye and he walks over, telling us to stay in the queue and state his name to the lady with the clipboard at the door. My friends and I follow his instructions, show our ID to the bouncer, and we are in.

Promoters are the new way to gain access to the exclusive member’s clubs in central London, especially for students who use them for a free night out.

One student, Alice Kawashima, 20, told us that she has used promoters to gain access to clubs including Toyrooms, Mahiki and Cirque le Soir. “We use promoters so we can get guest list access, without paying entry fees and to get free drinks.”

Several companies including Velvet PR, Lux Guestlist and Ace of Club run these promotional services for the West End clubs, hosting an evening filled with guest-list entry, a table and drinks all night long for free.

However, you will find that promoters do not just allow anyone to join their guest lists, with several people who have used their service only after being initially selected and approached.

From shopping centres to social media, promoters look for their ideal clientele to invite, under the condition that they dress glamorously and women wear high heels.

[pullquote align=”right”]“The problem with these clubs is that men are expecting women to look good for them.”[/pullquote]A club promoter for Ace of Clubs stated that they have “mainly ladies on guest list … and just make sure they are all looking stylish, well-presented and must wear high heels.” They add that they could “reject the whole group” if someone does not wear heels.

The controversy surrounding rules about women wearing heels has been an on-going issue in society, especially in the workplace. Several government petitions have been carried out in an attempt to stop the obligatory need to wear high heels, all of which have been rejected.

It is common knowledge that these exclusive clubs, based in and around the West End area have a desired clientele aimed at businessmen; with the idea that promoters are bringing attractive, well dressed women into these clubs to generate a greater appeal to their ideal customers.

Alice agrees with this belief that they are being used for these purposes, and as a result “get a fair amount of male attention in these clubs, sometimes bad.”

Inna Timoshchenkova, 20-year-old student, also finds an issue with the high standards the clubs follow stating that “the problem with these clubs is that men are expecting women to look good for them.”

However, it is questionable as to what extent that these private member’s clubs are linked with the promoters with several claiming to be disassociated following discrimination allegations.

Although my friends and I had no trouble gaining entry to the club, it is not always that easy for everyone, two curvy girls that were in front of us, wearing heels and midi-bodycon dresses were rejected, “sorry but I can’t let you girls in tonight” states the lady on the door. With no explanation given they were asked to leave the queue.

They are not the only ones who have had this issue. There have been several claims of people being rejected from these private members’ clubs for failing to meet their standards by not wearing high heels or simply not meeting their dress size standards.

The dress code regulations for Cirque Le Soir, states that they simply ‘discourage casual dress code, intoxicated customers and male-heavy entourages.’ On top of this, claims of racism have also been made against many of these elite clubs.

New Orleans NFL players recently claimed that they were rejected from Cirque Le Soir for being ‘six big guys that are too urban’, with no-one being over 5’11″. However, the club later responded via Twitter stating that they do not reject people based on ethnicity, however, their policy discourages heavy male entourages.

But this is not the first time clubs have faced negative media attention. Dstrkt continuously faces criticism, and several claims of racism have been made against them over the years. In 2015 more than 100 people showed up outside the club to protest with banners asking the question ‘do I look Dstrkt?’ 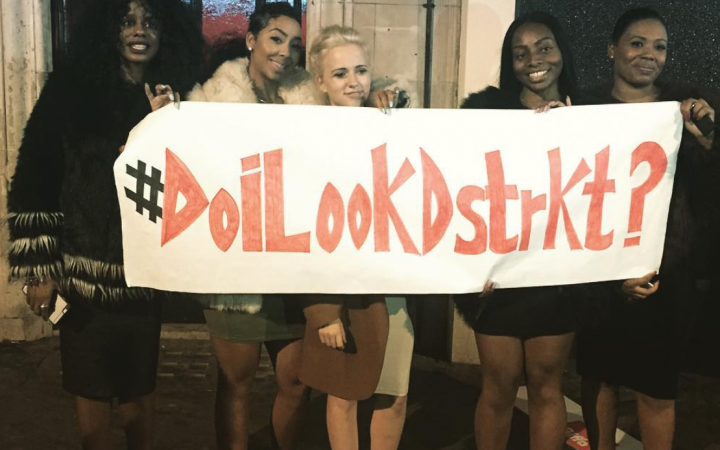 #Do I look DSTRKT? Campaign [Instagram:@linmeitalks ]

These claims have further been taken up by the mayor of London, Sadiq Kahn and Westminster council under the act of equality and human rights commission.

A spokesperson from London City Hall stated that “London is a diverse city, open to people from all backgrounds, races and faiths … we cannot tolerate racist behaviour anywhere in the capital.”

Yet, it is 2017 and it seems that London’s exclusive nightlife continues to follow an old-fashioned, biased selection system; deciding who to let into the clubs based on gender, appearance and ethnicity.

With little being done and no real commitment to change, it appears that London’s outdated nightlife rules will continue for the foreseeable future.

By Shontai Barnett
1 Mins read
What’s in a name? we go inside the ‘no-label’ of Gen Z’s Queer community.
AudioFood