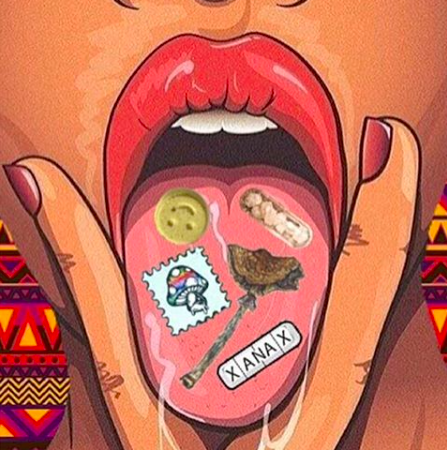 The interview began with him sitting across the table, comfortably leaning back against the chair, legs stretched and arms folded. He was ready. Kev is 18. He’s Asian, tall, slim and youthful.

He had a high-fade haircut and was dressed in a crisp white T-shirt, khaki tracksuit bottom and trainers. It was a location of his choice.

Although Kev disclosed his addiction and acknowledged a few deficiencies since consuming the illicit drugs regularly, he was adamant it was not a ‘big deal’.

With no hesitation he confessed, “Yeah, I’m 100 per cent mother fucking addicted, can’t go a day without it, smoke up at least two or three zoots a day.”

Despite the serious psychiatric effects that can be induced by smoking weed, from Kev’s perspective, weed is harmless because it doesn’t kill you.

He admitted it gets in the way of his potential to perform the best of his capability for his A-level studies, “My memory’s not sharp as it used to be, I can’t get myself to go to lessons without being high, I have to take weed before my exams otherwise I can’t concentrate for two hours – I was high when I got A-star for my English GCSE exams, I mean, I’m even high right now.”

According to the statistics published by the NHS in 2017, the number of deaths related to legal and illegal drug poisoning has drastically increased since 1993 in England and Wales – 3,744 fatalities in all, a record level.

Habitual use of weed is associated with a range of long term developmental and social dangers. In 2014, a study by Northwest Medicine of teen marijuana illustrated how marijuana significantly impacts the brain activity causing it to decrease and look similar to the brains of people with schizophrenia.

Drug use also leads to feelings of paranoia along with hallucinations, trouble in concentration, decreased ability to perform and complete tasks that require co-ordination; these are only a few of the detrimentals induced from smoking weed.

Kev is convinced he has the willpower and self-confidence to stop whenever, he quietly shrugged, “I just don’t want to right now ‘cos it’s not that deep.”

He spoke of growing up thinking drugs was something too serious to even think about, but watching movies revolving around gang fights and drugs, he was intrigued by the glamorisation and thrill of it and again, coming to the conclusion that ‘it’s not that deep’.

Noticing the laptop open, he leant forward, his gold chain swinging off his neck tapping the table. His blood-shot eyes scanned the laptop. His stance stiffened as he reminded me for the umpteenth time: no voice recording, no pictures, no names.

“No snitching to the feds,” he said.

Once he was content with the setting again, he sat back down to continue his story: He began dealing at the age of 12 while attending a strictly religious school based in east London; not taking but selling, he began smoking and sniffing from year 10. He and several friends would hang around Brick Lane after school as ‘shotters’.

Except now he’s ‘gone up the ladder’, he’s progressed as the ‘middleman’ and so makes a lot more money. Demonstrating the ranking with his hands, he explained the hierarchy:

The Supplier (who grows the drugs) which he sells to the middleman (who sells) it to the next shotter, who then finally sells to the ‘ordinary people’. 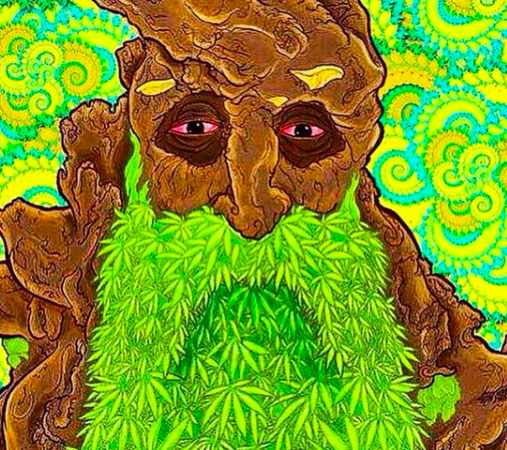 Having started a partnership last year with his cousin Ray, 21, it was clear he wasn’t going to stop anytime soon.

He told us that 25 per cent goes to Ray while 75 per cent is kept for himself. They both live in Camden and have the same connections across Brixton, Stepney and Tottenham.

Dealing with family didn’t concern him at all, the word guilt appeared foreign to him as it fixed the biggest confused expression on his face, “Why would I feel guilty? It’s a booming business ‘cause obvi man has that teetee flavour!”

“I’m gonna keep buying and selling till I hit enough. You don’t involve emotions in business, all I’m doing for now is reinvesting in drugs. I’ll save the regret for the future,” he boasted.

“The best thing I’ve spent my drug money on was my 18th birthday. I funded it all myself;  a night at Four Seasons and spent over £1,000 on flavs and alcohol. The most memorable night of my life!”

A night at the luxurious Four Seasons was a minimum £700 per night, before drinks.

The question which clearly took the most courage to answer, why did he start it?

“To fit in, peer pressure, everyone around me was taking it, one way or another it’s always got to do with a friend but no-one wants to say that because they sound like pussies you know?”

Kev lives with his mum and no longer communicates with his father. “He’s a crackhead, I hate him, a complete nitty. Mans who smoke crack are nitties, that’s passing the limit. I know of ‘em but I’ve never touched ’em.”

Crack kills, he said, so it’s harmful. Kev denies any childhood influence, the absence of a father figure in his life since the age of 11 has not affected him a single bit he says. His mother sent him to a private primary, a private secondary and employed private after-school tutors. She’s strict, religious and staunch on the importance of education.

“I’d be at Woodhouse College banging out A-stars if I didn’t get in to dealing. My ambition was to be successful, but now it’s all money, and it’s easier than all the stress of exams, you get me?”

He revealed that he was expelled in his first year at college after being caught with a weapon on the premises. Although his mother has tried and failed to help, and then tried to kick him out of the house when he turned 18, he declared his value for family and repeated the love for his mother and two sisters.

He was adamantly in denial of inflicting any trouble or stress at home and his family members, “I can love them and be doing my stuff at the same time “cos I don’t shit at where I live.”

Passionately, he stated: “Pablo Escobar burnt money to keep his daughter warm: he was a drug dealer but he still had his values for his family.” 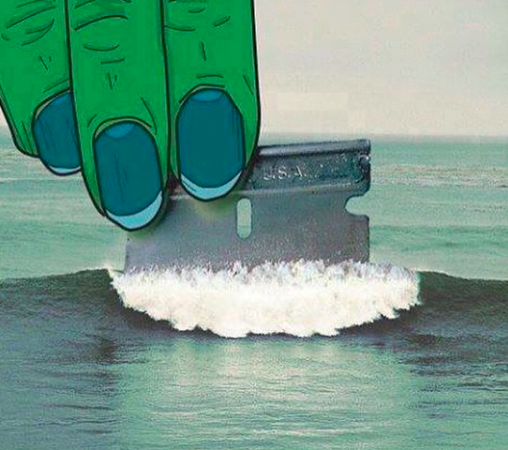 According to the Substance Abuse and Mental Health Services Administration (SAMHSA): “When a family member has a drug or alcohol addiction, they have a disease that has the power to affect and hurt their entire family, including parents, children, brothers, sisters, grandparents, or any family member who is a part of their life. An addiction can cause tension, miscommunication, and more frequent arguments within a household, raising the stress levels and negativity off all who are within this unhealthy atmosphere.”

Kev’s mobile lit up as he received call from a private number: “Yo…again? Eyyy yeah I got it, cuz, I got it! Shout me later. I’ll bunk you there in an hour I ain’t about right now, yeah? Safe.”

Kev’s been involved with the police in several occasions but it’s not a fear that stops him,“The police are jokemen, they’re funny people, fuckin’ racist, I hate them because they lock up real niggas in prison!”

He gives us graphical violent accounts; “I know someone who had 100 mans surrounding one guy’s yard because he owed money. Another guy got stabbed 22 times just ‘cause he owed £10.”

Kev himself has stabbed, robbed and kidnapped. “I stabbed ‘cause an opp touched and smacked my bredrin’ with a hammer. And I kidnapped ‘cause he owed me pees, then he tried starting a fight so when we caught him slipping we dragged him in a car and took him far.”

Leaning forward, waving his pointed fingers smirking: “Prison isn’t part of the plan, but it’s part of the game, and who wouldn’t wanna play such a fun game?”

Since the phone call, he was distracted and conspicuously eager to leave. He would glance at his phone while talking and his humour that was present at the start slowly faded.

In his denial and ignorance, Kev was contradicting everything he said. Not with what he was just saying, but also his expressions and pauses. Almost like he didn’t want to understand. Kev was a boy who grew up being fed with a silver spoon, but he chose the rough ‘roadman’ lifestyle and communicates in raps more than words.

Editor’s note: Names have been changed to protect identities.