The return of Twisted Wheel 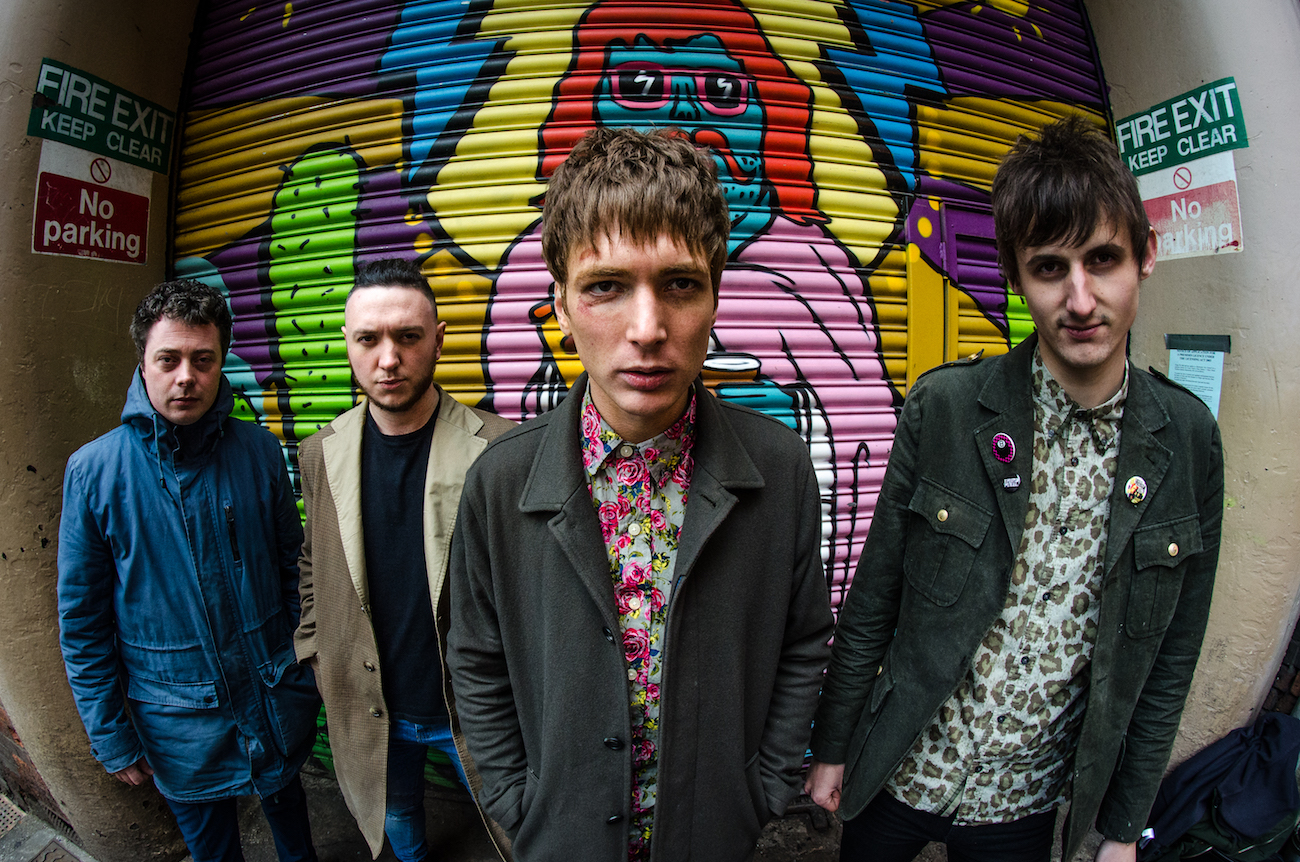 This year, 2018, marks the return of Twisted Wheel who just announced their forthcoming tour Snakes and Ladders. It’s been three years since the band announced their split with an ‘R.I.P Twisted Wheel’ post on Facebook, and fans are more than excited to catch the band playing their notoriously riotous shows in venues up and down the country.

‘The Wheel’ made their debut back in 2009 with Twisted Wheel, featuring tracks such as You Stole The Sun, Lucy The Castle and We Are Us.

The band’s ‘balls out’ approach to songwriting brought something new to the scene at the time and saw them collect fans such as Paul Weller, Ian Brown and Liam Gallagher, which in turn saw them land a slot supporting Oasis at Heaton Park back in 2009. The boy were even joined on-stage by original Oasis member Bonehead for a one-off gig in 2013.

Twisted Wheel were known for gigging constantly, being quoted as the ‘second most gigged band in the country’ by PRS. They hold a strong attitude in supporting smaller venues, which has led to the band building a loyal fan base, despite not having any major radio play. 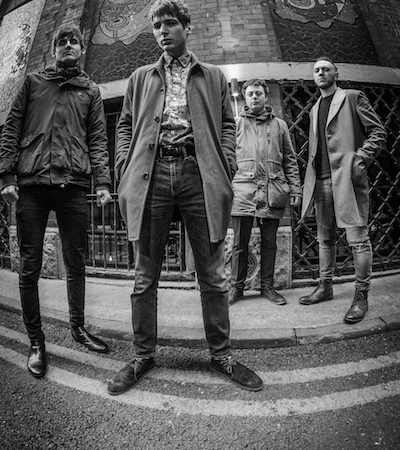 The Wheel’s new line up [Trust a Fox]

The line up of the group has gone through several changes over the years, with frontman and songwriter Jonny Brown being the only original remaining member. During the three year hiatus, Brown took off on his own to play a string of solo shows around the UK, performing Twisted Wheel classics as well as some new material.

Artefact caught up with Jonny Brown about their plans for 2018.

What can fans expect from the forthcoming album?

With regard to what people should expect it’s just straight up classic rock n roll merged with Twisted Wheels usual punk approach. We’ve gathered a wide range of influences from The Cure, The Jam, Neil Young, Small Faces, Neil Young, Dr Feelgood and a bit of Fleetwood Mac. A diverse range of unique sound with many a hook and sing a long melodies, not the mention my lyrical poetry.

We’ve named one of the tracks Snakes and Ladders, the same name as the upcoming tour, which is basically about the opportunities and problems we all face at times. Sometimes we go up and sometimes down. I would say you should expect a classic album – to be loved by some but not by others. Maybe we’ll call the album marmite!

How did the return come about? Do you feel more prepared now than before? 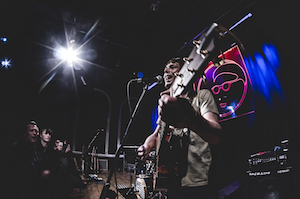 Jonny Brown on his solo tour [Trust A Fox]

So me and the drummer James Highton started a new band and brought in Richard Allsopp on guitar and a random bass player called side show Bob. Bob left so we brought in Harry Levin who was a top guitarist but fancied playing bass with us and thats how the line up was formed.

We learnt new songs and were originally going out with a new name. During this time I’d been doing a series of acoustic shows which had sold well. I had my last show at Manchester’s Band on the Wall – the show had sold out so I decided I was going to introduce the new band at the end of the gig and play a few new tunes.

In the run up I was speaking to couple of people from the industry (some very well known names) about the plan and the majority said don’t use a new name, stick to Twisted Wheel. You boys have a massive and loyal fan base.

I had a think about it and realised they were actually right, so just before the final acoustic gig of the tour I announced the new line up. The lads were introduced at the very end of my set and although playing for the first time together live, it went down a storm and the crowd went for it big style.

We have a massive database of fans and a good following on social media, so it was really a no brainer. You don’t realise what you actually have until it’s gone. A few weeks after this gig we made an official announcement that the band was back and set out on our first tour. Again, an amazing response. Gigs sold out in just a few days! We’ve also got offers flooding in for more and a couple of slots to announce in the festival season. New musics out April/May and the album a little later. The Wheel is rolling again. Are we prepared? Yep, it’s going to be a full on assault!

Do you feel your writing style has changed over the break? 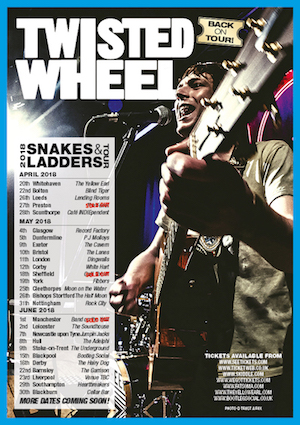 Definitely. I’ll leave it to the people to decide, but I’d say my writing has matured like a fine wine and I’ve got many, many more life experiences, both good and bad to express.

I read you have been working on an electro/hiphop album. Can you tell us a bit more about that?

I was and it was pretty cool. Kind of The Prodigy but slowed down with 32 bar raps. I’m no longer working on this project, although it was great and helped get me writing again. I have to follow my heart and it lies deep within rock n roll. Hopefully our drum and bass version of She’s a weapon(Twisted Wheel Classic) will re surface sometime but not in the near future.

So you’re about to embark on a UK tour. What dates are you looking forward to the most?

Can’t wait to get out there and meet the fans. They are all top and so loyal. Obviously Manchester, but I’m looking forward to all the gigs. We’ve played some of the venues a ton of times before. Some are grassroots venues and need support as many of them have recently been closed due to noise issues. People should always support these venues. Once they are gone thats it, you don’t get them back.

Who are you taking with you as support?

In many areas the promoters will select locally to give bands a chance at something a little bigger than their normal gigs. However, we’ve also selected a few bands. The Darlies, Sauce and The Jack Fletcher Band. Go check em out!

I’d like to say that I’m really made up with the response of this comeback. I’d like to thank all our fans old and new. Glasses raised. Cheers for support. We cant wait to blow your heads off.

Catch Twisted Wheel on their Snakes and Ladders tour kicking off in April going right through to the end of June! By the sounds of things you’re in for a treat.

Get a feel for what’s in store from the video below, with Twisted Wheel belting out their classic Oh What Have You Done, live in Manchester 2013.