It’s fair to say that 2017 was a crazy year in many ways. From Storm Doris to the Royal Engagement and on top of that, Trump coming into power in America.

There have been some definite highs and lows, some of which won’t be forgotten about easily. So, before we get properly stuck into 2018 let’s remind ourselves the rollercoaster ride of last year before it gets swept under the carpet and trampled on. 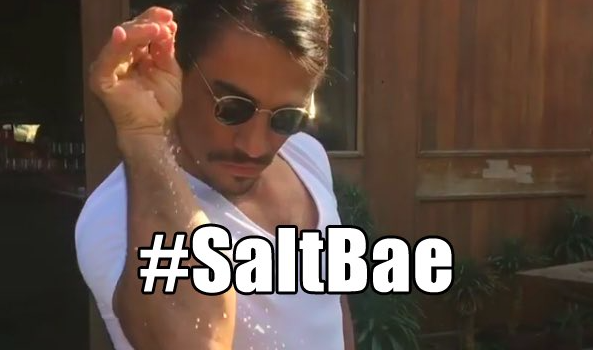 It’s fair to say January started off controversially with Donald Trump beginning his time as the 45th president of the United States. Trump has been an endless topic all year, and the majority of the year before for that matter. His Twitter account in particular has gained a lot of attention, Trump’s profile now has a crazy 46.3 million followers (most of which are following just to shake their heads at him). Sticking to the Donald Trump subject, just 10 days after Trump began his presidency a petition to stop plans for his UK state visit gathered more that 1.8 million signatures, speaks for itself really. On a more positive note January 2017 was the month where we were blessed with the salt bae meme. Let’s leave that month there.

February brought us the craziness of Storm Doris, winds up to 94mph (151km/h) were recording hitting the UK. Storm Doris caused so much damage and chaos across the UK with trains being cancelled, roads being closed and homes going without electricity. Social media was filled with peoples own experiences of the storm, luckily spring was just around the corner. February was also the month of the annular solar eclipse which took place on the 26th of the month.

March was quite a tame month in the grand scheme of things, however, it did bring us the new 12 sided £1 coin, which is now the only accepted pound coin after the UK after the old ones stopped becoming legal tender later on in the year, even though they still keep sneakily making appearances every now and again. March also was the month where French fashion house Givenchy appointed its first female designer.

April was quite a Kardashian/Jenner dominated month, well they had to make themselves noticed sooner or later! April 5th marked Kendall Jenner taking part in a Pepsi advertisement which ended up with her being accused of undermining the Black Lives Matter movement. The advert was criticised for painting a “privileged, white model as a peacemaker between civil rights activists and police“. With Kendall being in the news, her older sister Kim Kardashian wanted to gain her spotlight back from her younger sibling by posting a series of wild-sounding tweets for her followers about her holiday antics. The tweets made statements about each of her friends who joined her on the trip including older sister Kourtney who “threw up in her bed four times and slept in it.”

May was a traumatic month for the UK. On the 22nd, the Manchester Area was attacked by a suicide bomber during an Ariana Grande concert killing 23 people. The attack was the deadliest in the UK since the London bombings on July 7, 2005. Arguably, one of the most talked-about people who was there at the attacks was homeless man Chris Parker who was named a hero during the attacks as many admired him for racing to help those in trouble during the attacks. The public were so thankful for his efforts that they raised £50,000 for Parker to help get him off the streets. However, in recent news it has been revealed that the money has now been taken away from him as he admitted he stole from victims in the attack. After the May attack the UK’s terror threat was raised from severe to critical.

Carrying on from May, June was a slighter more uplifting month with Ariana Grande organising the ‘One Love Manchester’ Concert following the Manchester arena attack. The funds from the concert were used to help victims and families of the Manchester arena attack. Grande got a number of massive artists at the concert including Miley Cyrus, Take That, Justin Bieber and the man who is Manchester, Liam Gallagher (complete with tambourine and parka jacket). June also marked the 2017 general election meaning Theresa May is still continuing to bless our country although students are still going out chanting Jeremy Corbyn’s name at raves and will probably continue to for as long as he’s around for. 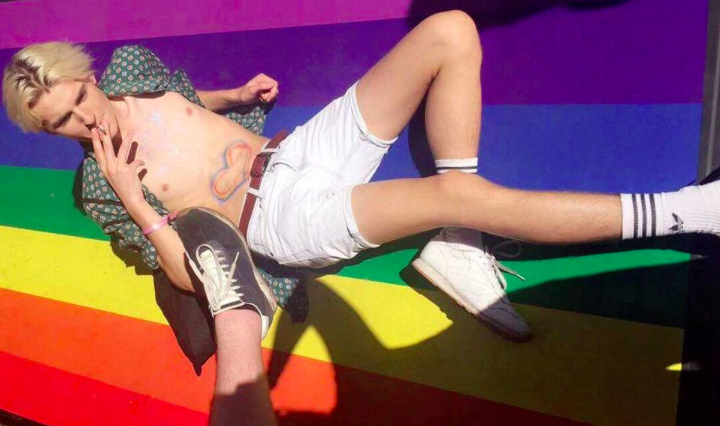 July 8 was the day when 2017 Pride hit the capital. London was filled with an array of colour as the parade took place beginning in Portland Place and ending in Whitehall via Oxford Circus and Regent Street.

Pride always brings such a positive vibe to the city and 2017 was arguably bigger and better than ever with lots of love flying everywhere.

July was also the month of the unforgettable tweet of Jeremy Clarkson being a late comer to the ‘Dab trend’ with his tweet ‘Dab on it wagwan x’ gaining over 112 thousand retweets.

Barack Obama proved that he can’t be forgotten too easily in August by tweeting the most liked tweet ever: “No one is born hating another person because of the color of his skin or his background or his religion” which now is on a crazy 4.6 million likes. Keeping with the high figures, Emma Stone was also revealed as the year’s highest-paid actress earning $26 million. It’s all right for some! 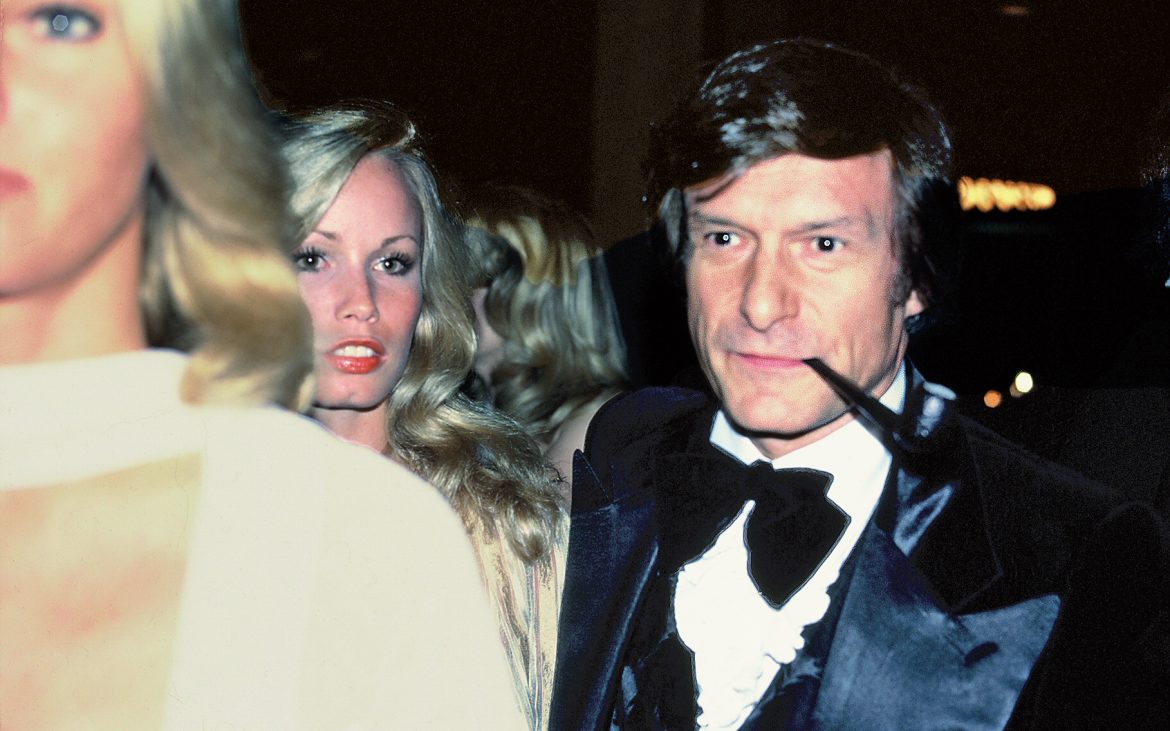 Hugh Hefner in his younger days.

In September the new £10 note became legal tender taking the same plastic form as the £5 note which hit the UK last year.

This was also the month where we also lost the Playboy founder Hugh Hefner who passed away at the age of 91; his death was announced by Playboy Enterprises on the 27th.

Hefner left behind an estimated $50 million after his death, not including his estate which he had previously sold in 2016 and was just staying in until he passed.

“On October 3rd he asked me what day it was,” this time of the year brings around Mean Girls day, which goes without saying. October was also where Gemma Collins became an icon across the UK for young people taking over Twitter with numerous memes and her catchy one liners being shared widely.

On October 22, Gemma Collins presented the best TV show award to the Love Island stars but took a tumble down the middle of the stage making a fall that she’ll never forget – and neither will the rest of the UK for that matter!

November was arguably one of the most memorable months for the UK as it was the month of the big royal engagement. Prince Harry got engaged to American actress Meghan Markle. The engagement was announced on the 27th and is still being plastered around social media and the news.

From one extreme to the other, November was also when the shocking news of Jay-Z cheating on Beyoncé Knowles was revealed in an interview for the New York Times. The rumour has been floating around for a long time after Beyoncé released her Lemonade album mentioning ‘Becky with the good hair’, however, nothing was ever confirmed – and let’s be honest everyone thought no-one would cheat on Beyoncé Knowles. The power couple still seem to appear to be going strong despite their troubles.

‘It’s the most wonderful time of the year’ , according to the song, but while Christmas is the main event of December, lots of other events happened which we can’t forget.

To begin with, the first Pizza Party was held in space by the astronauts of the International Space Station – forget the turkey and pigs in blankets! Australia also made a massive step forward in December by legalising gay marriage.

Even though it is debatably the happiest month of the year, we can’t forget that we lost one of the UK’s sweethearts – Leon Bernicoff, star of Channel 4’s Gogglebox passed away, leaving the majority of Britain with a hole in their hearts.