Sex dolls and sex robots have been in production and development for decades, but have now come to a forefront in a discussion, even outside of the sex industry.

Many Twitter users have been making memes and jokes about the robots, but could there be a pinch of truth under the humour?

In the Kontakthof brothel in Vienna, Austria, sex robot Fanny has become more popular with punters (visitors) than the live women. Psychologist Gerti Senger told the Daily Mail that this is likely because the men can do anything with her as she has no will.

Until recently, sex dolls have been posable, but inanimate, meaning that those seeking more adventurous or even taboo sex could do so without having to gain consent. Sex doll Roxxxy made by company ‘True Companion’ comes with a resistance setting, designed so that men can simulate rape.

Website punternet.com, which proclaims that it is the “UK’s oldest escort/sensual massage directory and review site”, features thousands of reviews where members rank bookings between themselves and escorts and give details of what happened.

Positive reviews often praise the women’s bodies, pointing out details such as stretch marks, tattoos, and plastic surgery, and include phrases such as ‘everything I wanted was available and given with enthusiasm’. In one such positive review, user Volvic reveals that he monitors the website and checks regularly for escorts who offer certain services, and went on to speak about how ‘Chloe’ was happy to do what he wanted to, even stating that she was “completely compliant and did not resist”.

It appears that the only difference in these interactions is that the escorts are human, which does not seem to be a major concern for these men.

A report by Responsible Robotics states that the success of dolls for sexual gratification has set a clear path for the role of robotics in the future of sex, which brings us back to the original question: could sex robots replace escorts?

Sex doll retailer Real Doll offers different models of dolls, starting at $3,999 (£2,765), which are customisable; buyers can choose their preference, from body style and skin tone even to their fingernail colour. Eyes can also be chosen; colours, but also whether or the eyes can be positioned or not.

It is understandable why those who purchase sex are interested in life-size playmates, as sex workers can use fake pictures, or have many but not all of a punter’s preference. Though, the ability to choose so specifically is another area which may cause concern for human women.

When it comes to whether or not everyday people are actually willing to have sex with robots, the answer is, to some degree, yes. 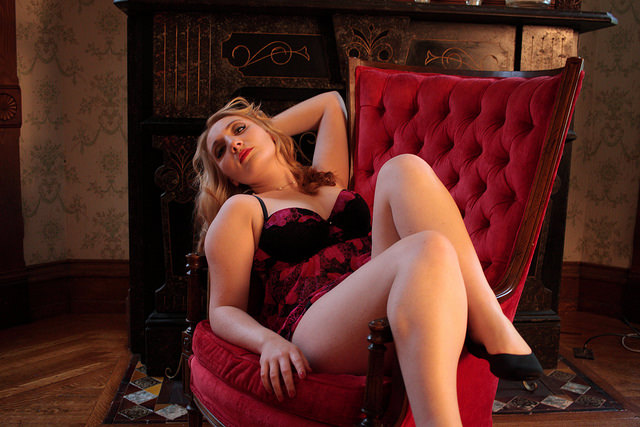 At the moment, escorts are still human [Flickr:Kents Lens]

A survey with 100 participants ranging in age between 20 to 61 with 43 per cent females and 57 per cent males found two-thirds of males were in favour of using sex robots, while almost two-thirds of females were against. But 86 per cent of all respondents thought that robots would satisfy sexual desire.

Users of website Quora, which is a question-and-answer forum, have explored the idea of sex with robots. Author Ezra Willson, a psychology student, responds to the thread stating:

“Yes, I would honestly. You want an honest answer and you’re going to get one. I think having sex with a robot would be kind of hot. I could act out the weird fantasies that I’m way too shy to do on [sic] a real person.

This, amongst other responses, gives the impression that whilst people are intrigued, there is still some apprehension to the dolls becoming a normal part of sex and relationships.

A commonly acknowledged benefit that recurs is the ability to perform unorthodox sex acts, as although sex is not as taboo as it was in previous generations, people are still too embarrassed, to be honest about what they would like to do, and so a robot can assist.

Whilst sex is in the job title, it is not the only purpose for men to hire sex workers, especially around times of the year which are associated with spending time with family.

As modern sex dolls become more popular, companies who manufacture them are looking to increase their market share by creating moving robotic dolls who can utilise speech recognition technology, and have conversations, which could become an unexpected benefit as nine million people across the UK report feeling lonely either often or always.

Martina*, who has an eight year old son, told The Journal that she continues to offer her services at Christmastime, saying: “For me, I work because they are lonely. I do not charge more. Maybe they stay for a while also. We talk and maybe have a drink if I have no more clients that day.”

Loneliness can have serious negative effects on a person’s health; research conducted in 1988 found that being socially isolated can have the same illness risks as smoking, obesity, and high blood pressure. A major cause of loneliness is self isolation, which often than not has anxiety at its roots.

The mental health charity Mind reports that generalised anxiety disorder affects almost six in every 100 people, and mixed anxiety and depression affects more at nearly eight in 100. Loneliness can also be caused by low self esteem, as those who struggle with low self esteem may feel that they are incapable of being loved, whereas paying for sex gives lonely people the affection they may crave – though, this could further lower the buyer’s self esteem,

The ability to have a real, genuine conversation with a live human may become the deciding factor for a punter who is choosing between a doll, robot, or sex worker – only the future can tell.

* not her real name.