With Veganuary just passed, we are reminded of the mess that is the meat industry.

In a USA-influenced worst case scenario, factory farmed animals expect a short life devoid of the sun in cramped sheds, fed a diet of fish-meat and hormones.

Their body parts (tails, beaks, nails) clipped or removed so they can’t hurt themselves or each other in their delirious desperation, before they are shipped miles away to potentially witnesses each other slaughtered before dying themselves.

Factory farms are breeding grounds for superbugs, the meat produced is fatty and unhealthy, the animals are obese with no exercise.

Vets are threatened to keep quiet, slaughterhouses manned by untrained and in some cases intoxicated or aggressive individuals. Not to mention the carbon footprint, agriculture being a significant factor in climate change with serious repercussions for the environment.

Many feel the prolonged suffering of livestock is an unavoidable consequence of the meat-eater lifestyle choice. Swapping cheaper meat for free-range or organic you hope will equate to a happier life for them, but you never really know where your food comes from, right? 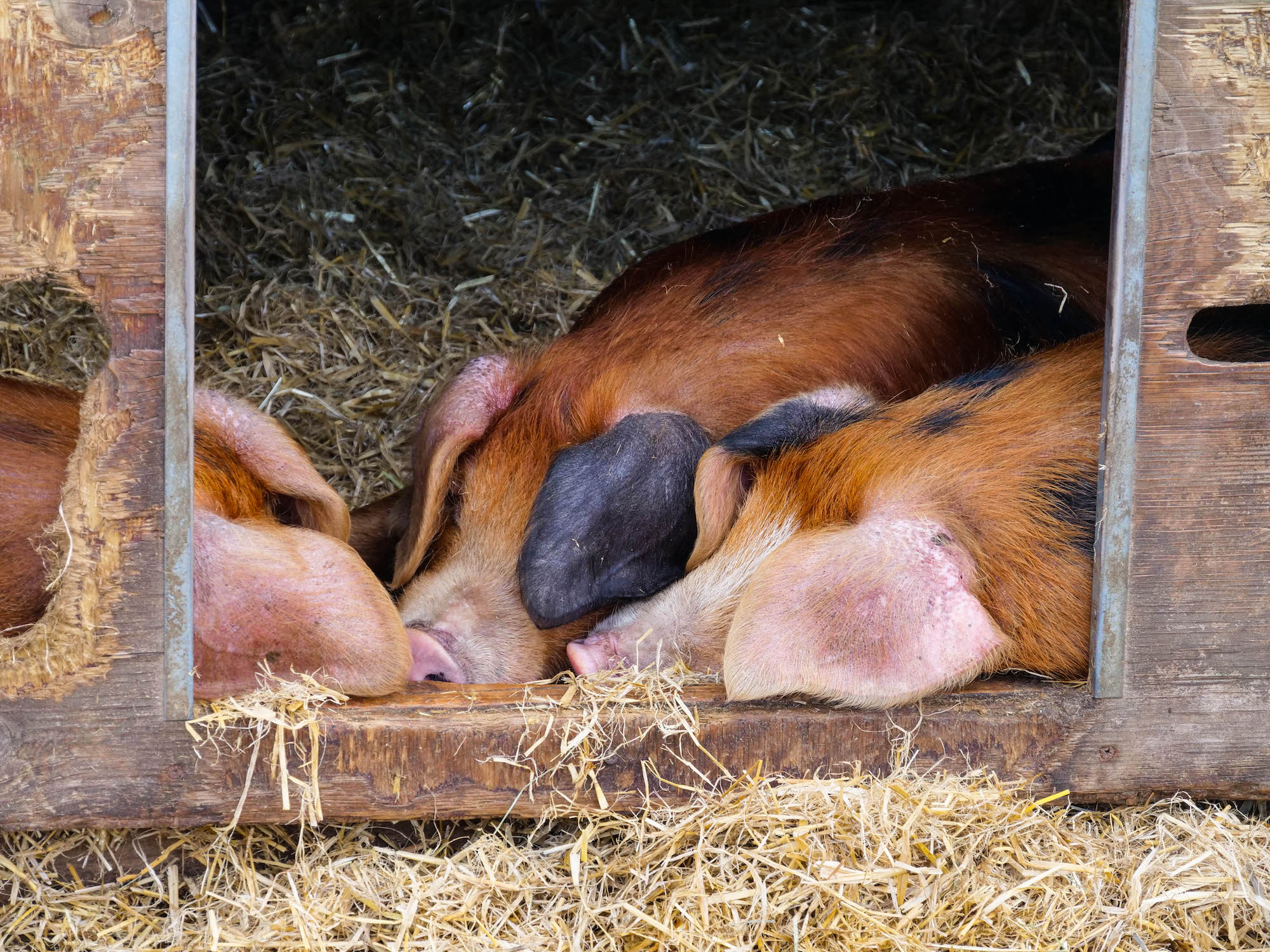 To become vegan or vegetarian is noble but it isn’t for everyone. According to a study by Faunalytics, a non-profit that provides research on animal issues, 84 per cent of vegetarians and vegans eventually go back to eating meat.

It isn’t easy, it’s an entire lifestyle change, people accept their lifestyle but hate to feel the animals suffer unnecessarily their entire lives just to end up on their plates at minimum cost.

Eating meat is in no way more justified or ethical than vegetarianism but consumers can be more conscious of their food choices.

Yes, livestock die at the end of it all, but do they need to be raped, beaten, pumped with hormones and confined to small pens in horrific conditions beforehand? This may be tough for vegetarians to chew, but I do believe you can have compassion and love – for your bacon.

There are those of you who judge and condemn naturalists such as Sir David Attenborough and Steve Irwin, who have devoted their whole lives to the planet, on their omnivorous diet, but while we bicker over morals, meat corporations profit.

The issue here isn’t with meat for the majority, it’s the messed up process that gets meat onto our shelves. Whilst consuming a plant-based diet does avoid eating animals, it isn’t getting them out of factories, it isn’t saving them (unless we all commit).

Whether you are vegetarian or not, it is clear that things will not change overnight. Though it may be ideal for the whole population to go meat-free, this isn’t an achievable solution right now, even if veganism is now one of Britain’s fastest growing lifestyle movements.

You can try to preach it, but more often than not it pushes people away; a survey showed that 26 per cent of meat-eaters are discouraged to try giving up meat due to the attitude of certain vegetarians. The general public won’t give up meat and dairy.

So does the meat industry get away with it in the meantime? Are customers allowed a say? With data from the Organisation for Economic Co-operation and Development (OECD) projecting global meat consumption to increase more than four per cent per person over the next ten years, something’s got to give. 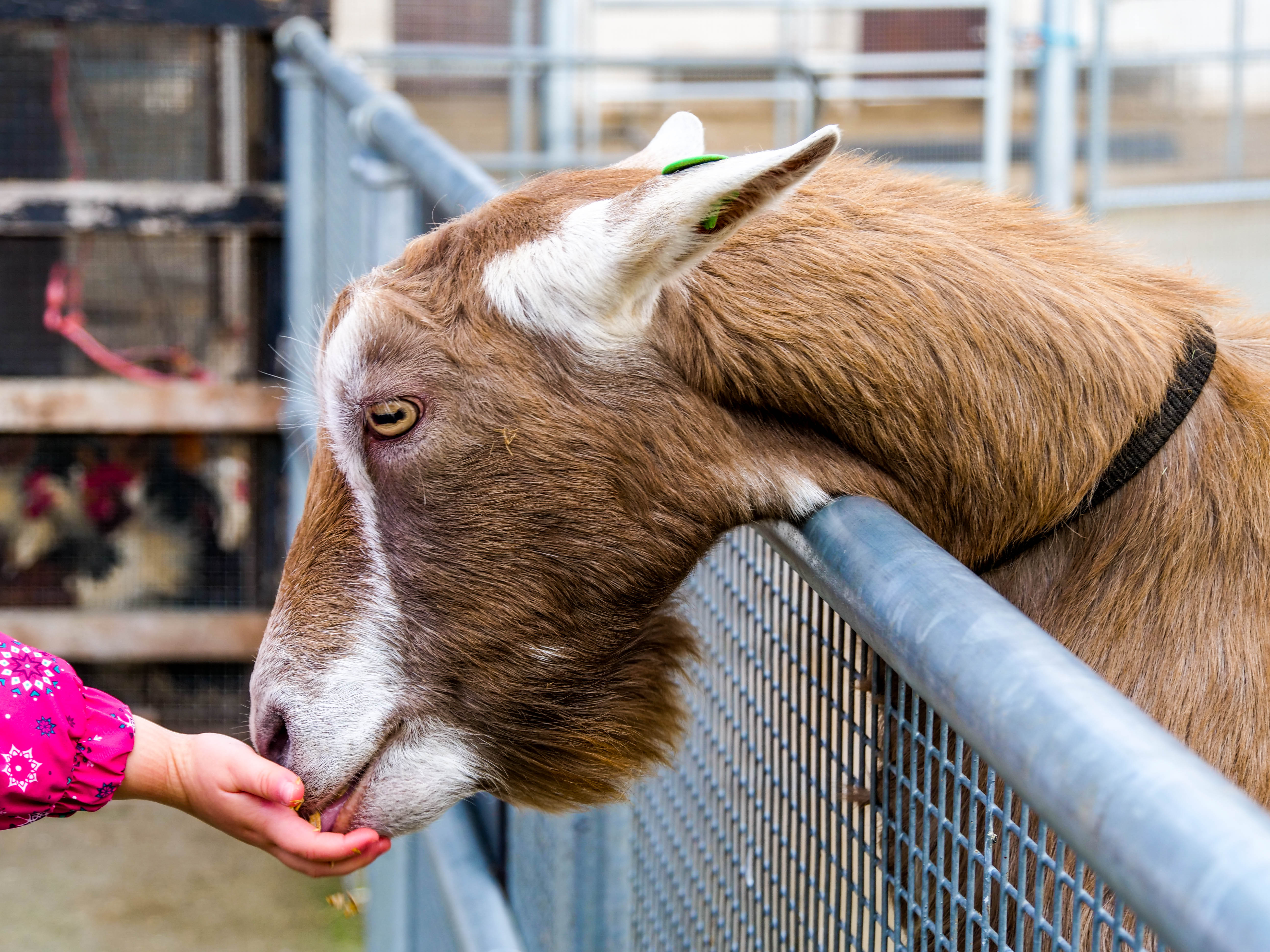 As Jenna Woginrich, a journalist who turned from vegetarian to now harvesting her own meat and vegetables has argued, “Your fork is your ballot, and when you vote to eat a steak or leg of lamb purchased from a small farmer you are showing the industrial system you are actively opting out.”

Consumers can change the system by choosing healthier alternatives and boycotting mass production factory farming which is a much more achievable goal; most shoppers in Britain are willing to pay more for ethically sourced goods, with the majority of Brits now choosing pricier free-range eggs.

Caring and contributing to the welfare of farm animals is also a step towards breaching an emotional gap the general public has to their meat, it can ease people into wanting to know what happens to livestock. With more conscious consumers and more education on alternative diets, the vegan trend could continue to grow.

Small-scale local farming allows for drastically improved animal welfare and the differences are astonishing. In order for this to work on a larger scale, buyers need to be more selective of their meat and attitudes need to change, it isn’t necessary to eat meat at every meal and if businesses produce less, we will buy less.

Woginrich isn’t the only meat-eater to take a stand for animal welfare. Compassion in World Farming (CIWF) is a campaigning and lobbying organisation founded in 1967 by British farmer, Peter Roberts. They are the leading farm animal welfare charity, campaigning to peacefully end all factory farming practices, their research exposing all areas of industrial farming. 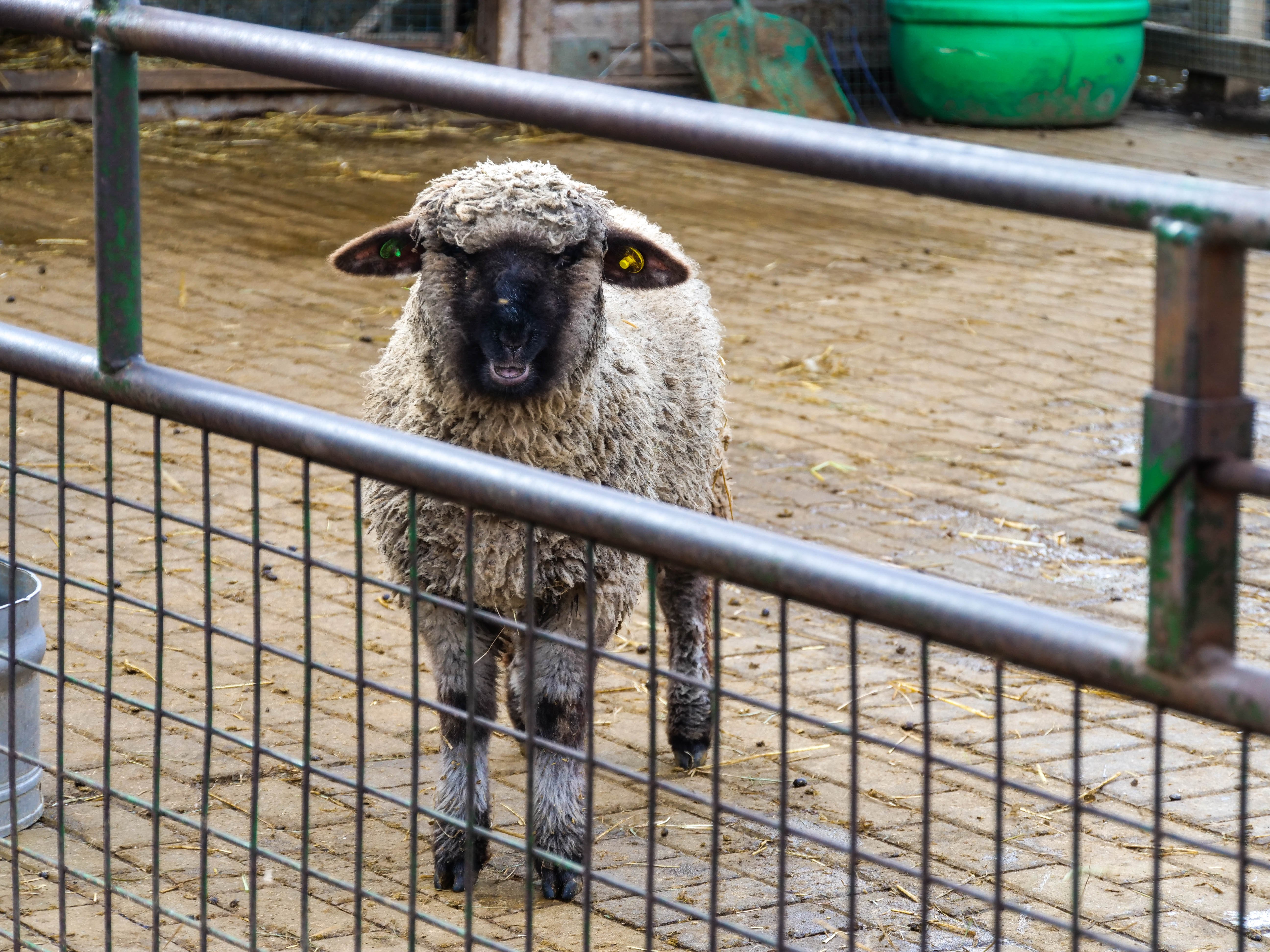 Over the years CIWF has achieved significant progress, including legal recognition of farm animals as ‘sentient beings’ and the banning of animal confinement in veal crates, sow stalls and battery cages as just some of their victories.

I asked Phil, a member of the research team at CIWF, who is responsible for factory farming, he responded,

I was sceptical on how accessible free range and organic meat is, Phil argued that by cutting down on the meat you buy and paying more attention to plants and vegetables in your diet, the cost isn’t so hefty.

In terms of how people can combat factory farming and whether going meat-free is the solution, Phil put plainly,

“Becoming vegan/vegetarian is one answer, you will ultimately reduce slaughter and factory farming. Eating higher welfare and less meat is the other answer.”

CIWF is in the “persuasion business” lobbying, researching and campaigning for higher welfare standards in the food industry, for the moment things aren’t perfect, however,

“If you eat meat you understand that animals will die and that’s your choice. However, if you buy higher welfare meat, you can know that they live a better life.”

I asked if CIWF believe you can love animals and eat meat,

“We neither promote nor oppose meat consumption. We would leave people to make their own decisions about this based on the facts and their values. If you love animals, or perhaps better if you wish to improve their lives, then if you do eat meat you should eat less and better meat.” 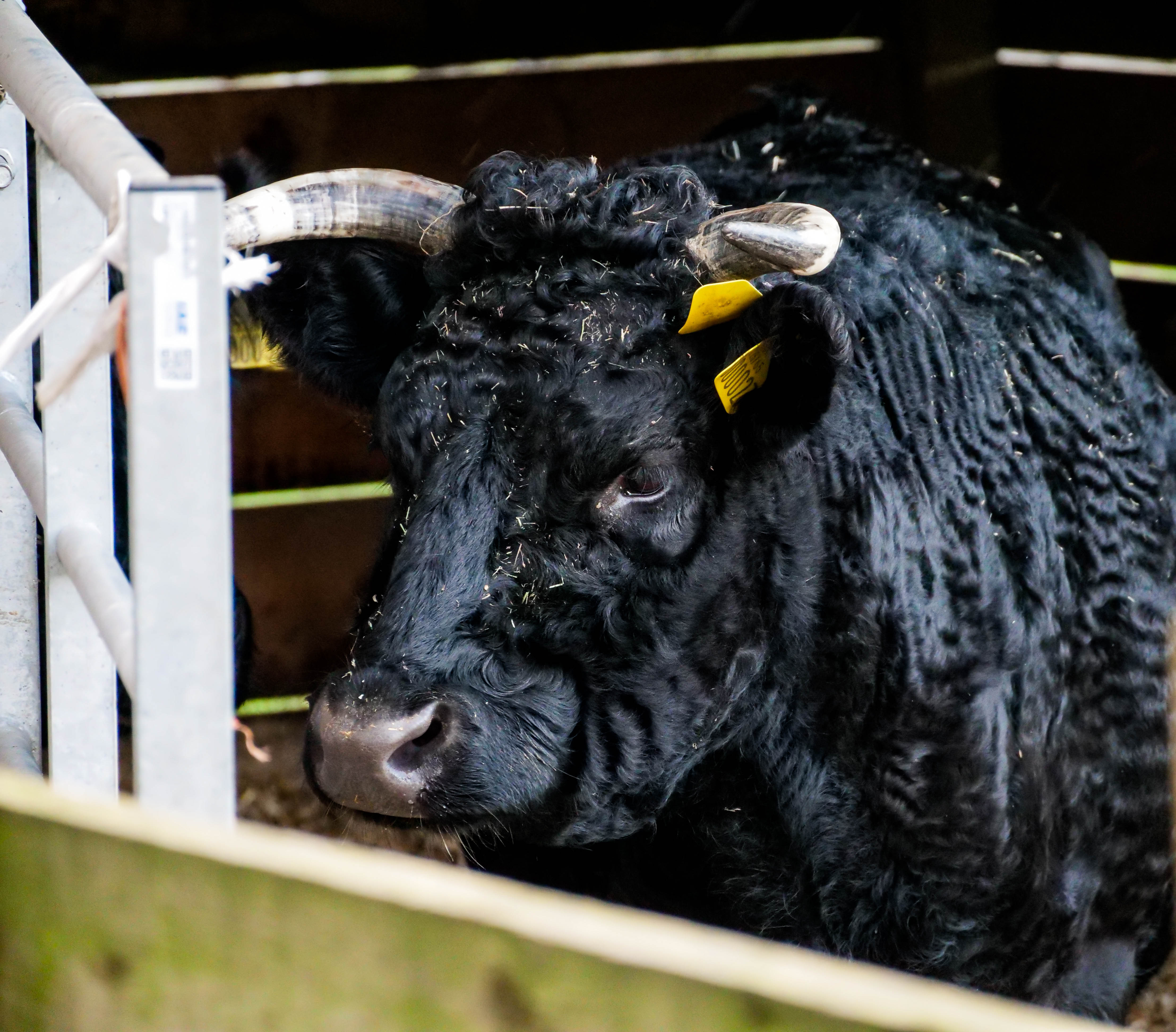 Choosing to boycott factory food and replace with ‘ethical methods’ can encourage eco-friendly farming methods to flourish. In relation to purchasing free range at the supermarket, there is the issue of trust, however, as going free range can be confusing, especially with such a multitude of labels with ambiguous meanings. Is what you’re buying really cruelty-free? Having to blindly trust labels can be off-putting for consumers, including myself, especially if you are paying more for ‘supposedly’ cruelty-free meat.

CIWF has released a ‘compassionate food guide’ to help make this process easier, they also list their rating on various labels so you know which has higher standards and also which is the best for your budget. They predominately recommend Organic (Soil Association is best), Free range or RSPCA-assured. Labels such as just British or Farm Fresh do not mean free-range.

Even abiding by these rules, the system isn’t perfect, for example, if a farmer fears of any disease outbreak, they can keep their livestock in sheds for months at a time and free range currently might only mean for a portion of their lives. There is much room for improvement but the more consumers choose free range over cheap meat, the more businesses are encouraged to cater to this trend.

If you have the money or dedication to go farther, one way to achieve clarity is to purchase from a company whose manifesto is cruelty-free. Farmdrop, the ethical grocer, is an online shop that sources meat and groceries from small local farmers and fisherman. They pride themselves on their animal welfare standards and have been recognised by the Independent as “the app that could be the beginning of the end for supermarkets”.

Farmdrop is an app that links customers directly to local farmers. All producers have to contribute is a high welfare standard, ensuring all animals are properly cared for whether it be in terms of their feed or their freedom of movement. Farmdrop aims to be sustainable, with no wastage, deliveries in electric vans and never overproducing. 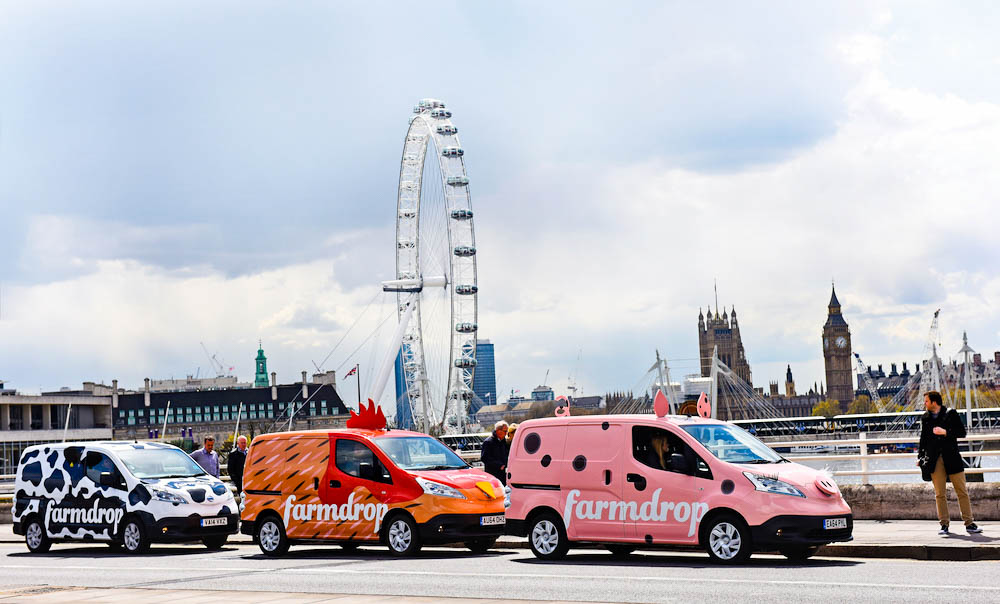 At a food talk in Kings Cross, CEO of Farmdrop, Ben Pugh discussed his company and how they manage financially, ensuring their ethical values aren’t compromised.

A level-headed businessman, Ben is transparent on the issues Farmdrop faces. He understood that to preach to the masses on eating ethically is an impossible task for a start-up and that that they aim to reach everyday people who may not be fully interested in ethical consumption, with a really good product.

“Unless you give people something that is completely compelling, they’re not gonna use it […] amazing food brilliant service, great value […] building a product that people just want to use for entirely selfish reasons because they’ll be enough of those that we can fix the food chain”

When asked about the pricing, Ben responded that as a startup, they need to have higher prices for the first few thousand customers and then as things become more consistent, the company aim to reduce pricing and become more accessible for every budget.

“You’re not gonna sort this thing out by selling really expensive food to a tiny number of very wealthy people,” he said.

Ben aims to please the farmers, financiers and consumers and leave the issue of ethical production to himself. He makes it an incentive and a necessity for farmers to produce ethically in order to work with Farmdrop and reap benefits such as the 75 per cent of profit. He is working with bursars who understand their goal and would never pressure him into doing anything unethical.

“Gone are the days when the bread’s made around the corner and the cows are down the road and that’s something we’re trying to reinstate here with modern technology […] this whole thing’s complicated but that’s OK.” 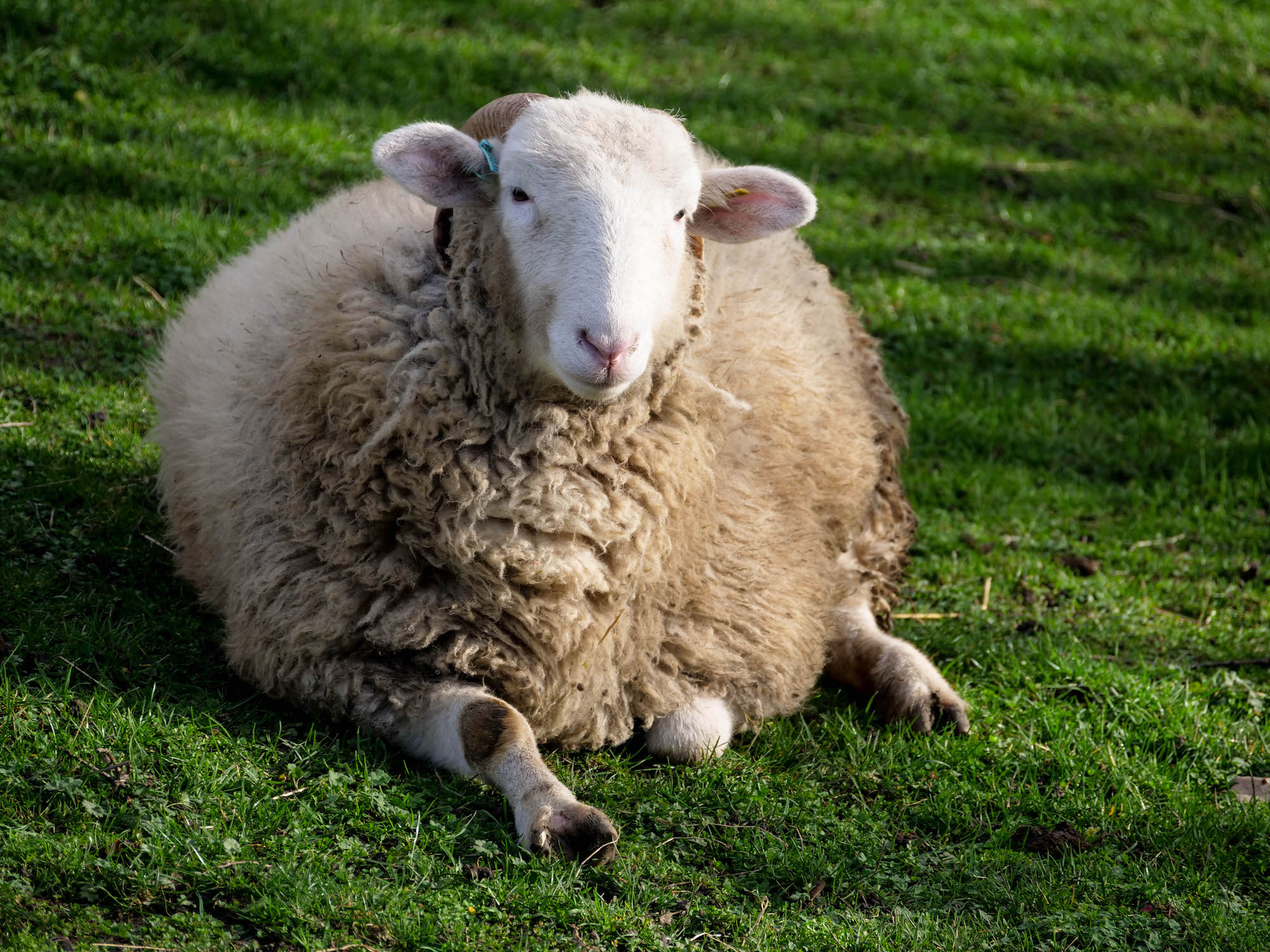 If the industry doesn’t change for the sake of the animals and environment it may for the sake of humans, studies have shown the overuse of antibiotics on farm animals is affecting our resistance to these drugs and it’s clear keeping animals in cramped conditions can lead to the spread of superbugs.

The impact agriculture makes on our environment, the CO2 it produces and the land it takes might inspire many to reduce their meat intake also. Maybe someday we will all be vegetarians, or maybe lab meat will take over but even as meat-eaters now it is a responsibility to be educated and involved and to not turn a blind eye to cruelty.

Whether it be to campaign, purchase free-range and look for greener alternatives or to eat fewer animal products. With Brexit underway, this is a great opportunity for agriculture in the UK to make positive changes in regards to animal welfare and sustainability and many have expressed their concerns and optimism (#GreenBrexit).

It doesn’t have to be one way or the other, demonised as a murderer our compassion hypocritical, or hailed a saint only when dropping meat altogether. As customers of the meat industry, it is us that can shape it through our food choices, whether it be purchasing from ethical businesses, researching and understanding which labelled goods to buy or reducing the amount you are eating.

You can read more being a meat-eating environmentalist here.