Tuesday through Sunday, as early as eight in the morning you will find East Street Market running from Dawes Street all the way to Walworth Road. Vendors will try to sell you their ripest fruit to the most flattering dress with everything else imaginable in between. Sunday is by far the best day to visit this bustling market which boasts anything up to 250 different stalls and has an estimated 4,500 visitors per day.

Growing up, I can recall my mother buying fresh fruit and vegetables at prices that would make your mouth water. It was also the place to find the best bargains when it came to buying presents; stall holders would dash to present their gift sets as ‘straight off the catwalk’ fashion pieces. Even on days when you were not planning on doing any shopping you would find yourself inexplicably drawn to the masses.

Vendors have come to trade in the Walworth area as far back as the 16th century where farmers made a pit-stop before heading into the city with their livestock. While there aren’t many animals, other than those on sale at the pet store, East Street Market still proves to be much more than just a resting stop before the busy high street.

In the late 80s the market would open at 8.30am where a police officer would whistle to signal that trading had commenced. Unlike now, where vendors have to pay a license to use a spot in the market, vendors would race to claim the best spots.

However, as local hotspots including Elephant and Castle, are going through significant regeneration today, this historical street market may very well find itself in danger.

Alan Wylie, a library worker and campaigner, who runs his own blog, remembers visiting East Street Market as a young man: “I started visiting the market in my 20s and have been returning for over 30 years. It makes me sad when I see the state of the market now. It’s a shadow of its former self. It looks less busy and some of the local pubs have closed.”

According to The Lost Pubs project several historical pubs in the area have been shut down including; the Bell, the British Queen, the George IV, the Mason Arms and many more. In fact, the only remaining pub in the market is The Good Intent, which dates back to the 1930s and is protected by CAMRA, the Campaign for Real Ale, which works to promote the “most historic pub interiors in the country”.

When asked about the changes happening in the area, Wylie’s outlook appears bleak. “These changes will have a detrimental effect on the market as the demographic changes. I don’t think the market as it is will survive. I’ve seen similar things happen all over London in places like Brick Lane, Chrisp Street and Walthamstow.”

Whilst Wylie acknowledges that the arrival of new businesses can be good for the market and local communities there is an underlying feeling that there is a hidden agenda. “Businesses tend to keep the money and jobs within their own tight community. Although I still like visiting the market, very much, it makes me feel sad and angry about its demise.”

Other locals have felt the tremendous loss that has been occurring in the area. For many years you could find a flea market, on Westmoreland Road, where people would often come to buy and sell antiques as well as second-hand items. This has now become a thing of the past as new builds have slowly taken over the area. “These kinds of flea markets were a common sight years ago,” Wylie notes, “but things are becoming sterile and homogenised.”

One of the market’s most beautiful characters were the florists who set up camp on Blackwood Street Tuesday through Sunday. Budding gardeners and anyone with a green thumb could buy plants and flowers in all stages of life; from seed or bulb right up to full-grown. As Christmas got closer locals would come to this small market-within-a-market to haggle for the least frumpy-looking Christmas tree.

Now that so many changes are occurring, all at once, and so fast locals are fighting to save what they can. In a summary report, produced by Southwark Council, about the consultation exercise for proposed improvements, it was noted that locals asked for historical landmarks to be preserved, including the flea market.

Instead, it was relocated to Bradenham Close. Numbered kerbs along the market were also removed to conform with ‘uniformity’ and replaced with granite kerbs. All of which alludes to the general consensus that social cleansing is taking place and anything that does not fit in with the new aesthetic will be replaced. In another study, also conducted by Southwark Council, there was evidence that the market had been in decline “due to a lack of investment in the market infrastructure and supporting public realm.”

With the loss of the flea market, around 2010, several long-standing businesses in the area have shut down and many traders have moved elsewhere. Sylvie Goy, a photography graduate from Central Saint Martins, perfectly captured the beauty of East Street Market and surrounding areas for a zine she created, entitled The Walworth Road, which is available for sale on her official online e-store as well as at 55 East. 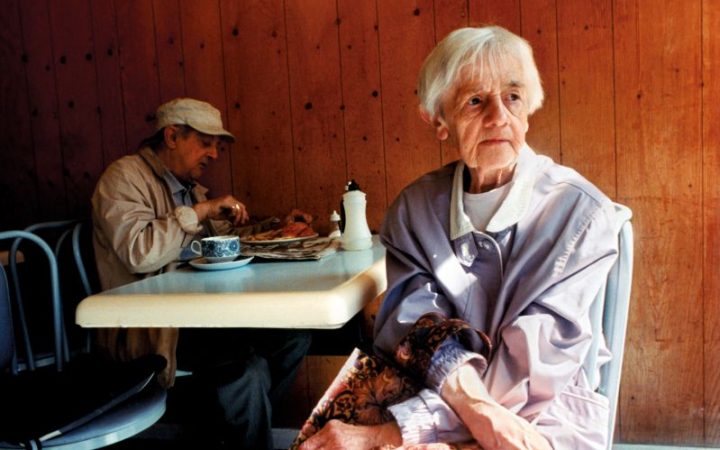 “I had heard of the imminent regeneration project that was just starting to take place”, Sylvie tells us. “I knew this would give my project a good social angle but the overall aim was to capture local characters and life that I thought would be on its way out.”

With a background in street photography and social documentary, Goy spent two years going to the market, or ‘The Lane’ as locals affectionally called it, as well as Walworth Road. “I was trying to grasp this vernacular character, the quirkiness, the authentic, the local community which I thought might be threatened by the regeneration,” Goy told Artefact.

Ten years after Goy first visited the market, she says she is surprised that while it has changed, it has not completely lost its soul. “Things have certainly changed. When I went recently I realised it had changed a bit and some places had shut down. I know when I was shooting the range I got the feeling that veteran traders felt threatened by the changes. It has not been completely wiped out. It is not without a soul.”

Speaking of the project’s own journey, having been put on-show at Central Saint Martins and even exhibited abroad in Switzerland, Goy highlights how her work has gone full circle. “This is the first time that the series is being shown to people from the area. It has now gone back to its source.”

It is through such projects that locals hope to highlight the many benefits of East Street Market; with the recent spate of library and community centre closures, the arrival of new community hub 55 East comes as a relief to many. Within the last ten years Southwark, Walworth and surrounding areas have suffered immensely due to regeneration with market traders and residents feeling the brunt of it. The idea behind 55 East, was to create a community enterprise hub for people who want to test their business ideas, have an affordable space to work and socialise. The hub is comprised of three spaces; a lounge, a studio and a kitchen.

To get a better understanding of how the community hub is going to help locals, Artefact sat down with Lisa Wilson, programme and community manager, to see how far the project has come since its grand opening.

“We opened our doors to the public towards the end of November after working hard to get everything painted and set up”, Lisa tells me. In fact, during the time the hub was under construction, you’d find many a curious trader, as well as those passing by, trying to peek in.

“As we were coming into Christmas we held a Christmas market, in the lounge next door, and had a wonderful response from local traders. Several market traders were involved with the fair; there was a lady down the road who makes her own jewellery and another who makes natural skincare. There was a great blend of people and products,” Wilson recalled.

The lounge will serve as a retail pop-up space where local businesses and traders can test-run their products and services. “In terms of events, we’re keen to hold weekly workshops and events run by the community. On Mondays we have yoga, Thursdays we have theatre workshops and then we have a lot of enquiries about exercise classes, arts and crafts. It is a really exciting time for the hub. We’ll be launching our Hatch Enterprise programmes such as courses for entrepreneurs to set up their own businesses.”

55 East will also run an incubator programme set up to help social enterprises, “Anyone aged 18 to 30 who wants to run a social enterprise will be able to come here and seek the support they need.” The studio will offer an effective co-working space for all to use providing business advice, mentoring and training for local entrepreneurs and freelancers.

In the kitchen, you’ll find the space to come together and socialise. Everything used in the kitchen is sourced within a two-mile radius. “Our bread comes from a bakery in Bermondsey. Our fruit and veg comes from traders in the market and our falafel comes from two doors down.” As we continue chatting, Wilson tells me that often mothers find it hard to find a space where they can meet and enjoy themselves without worrying about taking up too much space with their buggies. “One lady approached us about setting up a ‘Mummy and Me’ event. So the space really does appeal to all.”

And when Wilson says all, she means it. As we’re talking, Suleiman, who whips up the best soya-decaf latte I’ve ever tasted, smashes a few water glasses. Suddenly the entire room goes silent as Suleiman profusely apologises. “The life of a barista”, I tell Wilson. Part of the 55 East culture is giving back. A sort of pay-it-forward programme. Within the kitchen, a small cafe is run with social impact at its very heart.

The kitchen offers employment for up to six people from the community. This includes people who have completed Change Please training. Change Please train the homeless, empowering them to see past the bleakness of their current situation. Full barista training is provided accompanied by jobs which pay the London Living Wage and support with housing and mental wellbeing. One such person who managed to benefit not only from the charity but also from 55 East is Suleiman.

“I started out working with Crisis UK. They had me working in Liverpool Street. At the time I was working in a kitchen, wanting to learn more, but then I earned a passion for coffee.” Although Suleiman wanted to progress he didn’t want to get lost in a big company where he’d become a faceless and nameless number.

Suleiman tells me that he liked the environment he worked in and how it was helping the homeless to get out of the situations they were in, “My manager helped me to get referred to Change Please.” As the nature of such programmes are for people to be there for a short time, in order to allow others to pass through the programme, Suleiman found himself being approached by bigger companies.

But deep down he wanted to do something with his barista skills and to eventually build his own business that would impact the local community. “I was kind of referred to this place. This was the perfect opportunity to see a new cafe being built. Because I am so passionate about it I’ve been able to convince a lot of people, family, friends and associates to jump on board with the idea.” Suleiman admits that the new community hub, “needs a few tweaks but for what it is, it’s priceless.”