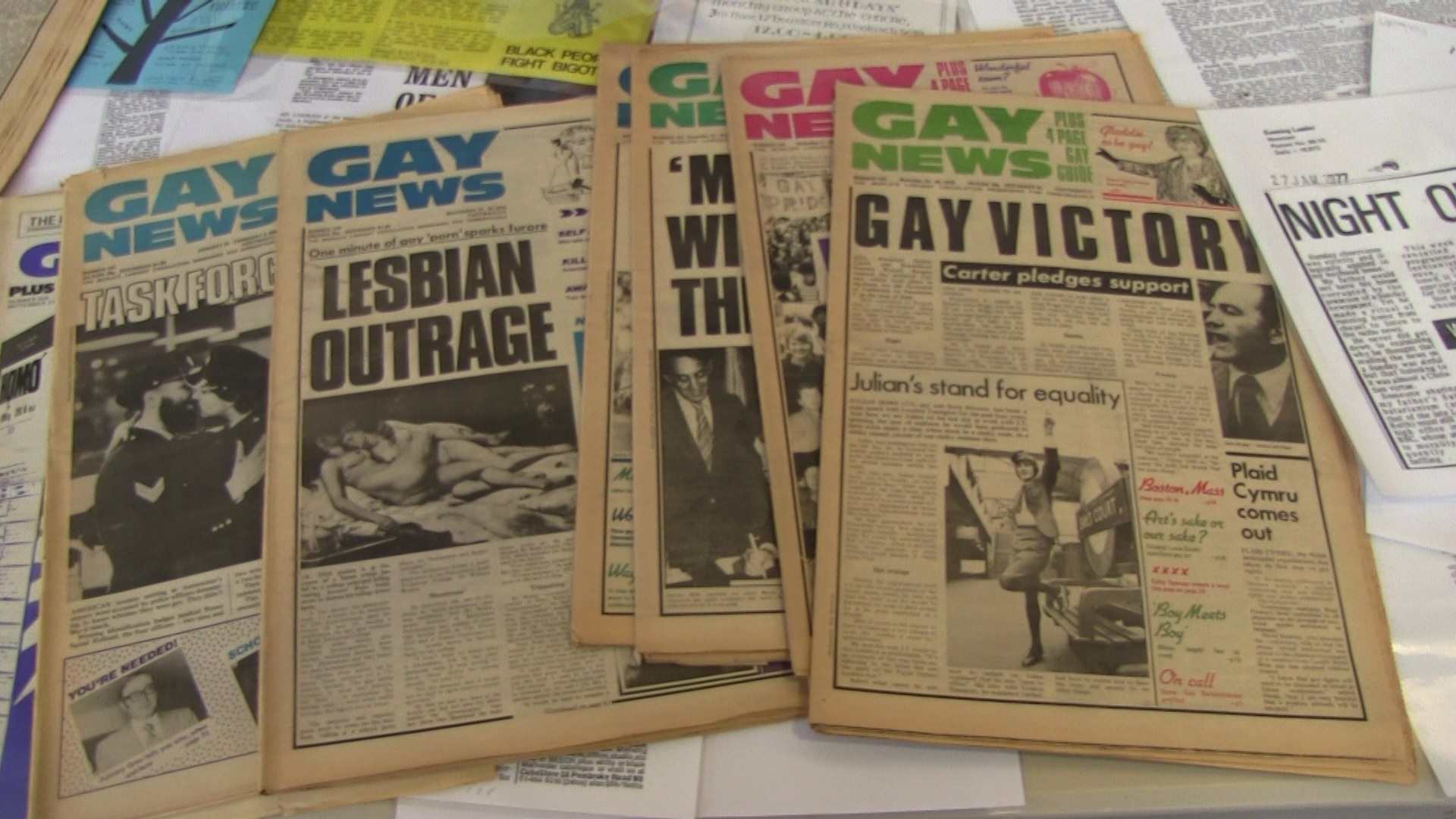 The term ‘queer’ describes in old-fashioned language a strange, unusual thing, which was later linked to the LGBT community, especially to gay men, as an offence towards them.

In British history, homosexuality was seen as a crime against nature, which became punishable by death with the institution of the Buggery Act in 1533, during the reign of Henry VIII.

For the next 300 years, gay men were imprisoned and hanged until this law was repealed by the Offences against the Person Act 1828. The last hangings took place on November 27, 1835.

Despite the barbarity with which the LGBT community members were treated almost half a century ago, there is still speculation about which seven British royals are likely to have been attracted by same-sex persons before and after homosexuality became illegal. 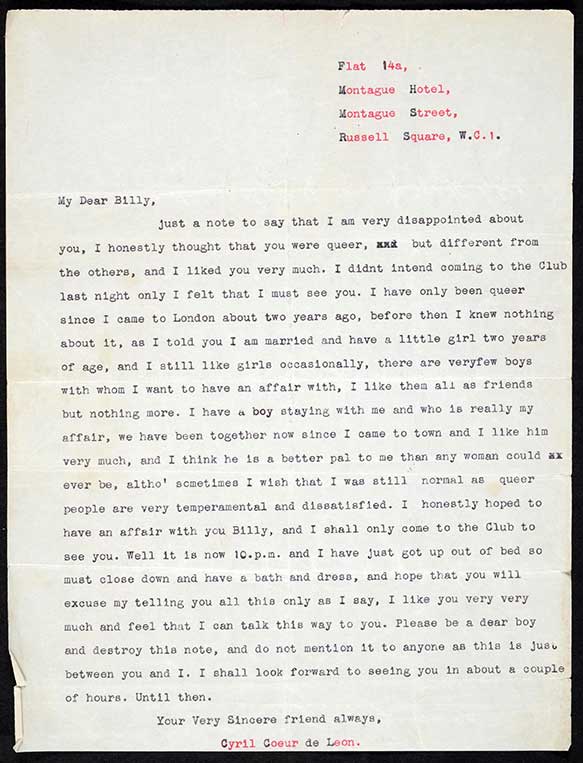 Letter in evidence of a disorderly house at The Caravan Club, Endell Street – “The author of the letter, Cyril Coeur de Leon, would have to wait a further 33 years before the passing of the 1967 Sexual Offences Act, which decriminalised homosexual acts between men in private in England and Wales. In this letter Cyril talks openly to Billy, William Reynolds, owner of the Caravan Club, about their personal sense of queer identity.” [Flickr:The National Archives]

In 1957, Lord John Wolfenden stood up for the gay men’s rights and claimed that ‘homosexual acts between consenting adults’ should be legalised, which was later followed by the Sexual Offences Act 1967 that allowed men above 21 years-old to have sex in private circumstances, although this did not apply to the members of the Merchant Navy or the Armed Forces.

However, according to Peter Tatchell of Stonewall, “the repression grew much worse’ as the annual number of convictions had increased by 300 per cent by 1974.”

Northern Ireland adopted the reform in 2008 and was followed by Scotland a year later – although it did not apply in the case of sodomy until 2013. As Peter Tatchell said: “it seems scarcely credible, but gay sex ceased to be a crime in the UK only four years ago.”

This subject was picked up and highlighted by Goldsmiths University in London, which launched the World’s first post-graduate degree in Queer History in 2017.

On January 17, 2018, the university held the Queer Public History Fair, which was “a really great opportunity to bring together individuals and organisations from heritage, from archives, from libraries and LGBT groups to talk about the kind of outreach they do and work they do in communities in queer history, because so much really important work in queer history is done in a way that engages with the public, but there still is so much to do,” says Dr Justin Bengry, senior lecturer in Queer History and also one of the people behind the event.

At the fair there were representatives of the National Archives, the Bishopsgate Institute, the Victoria and Albert Museum, the London Metropolitan Archives and also of the Gendered Intelligence non-profit organisation, who presented not only a vast range of documents and newspaper articles on queer history but also journals and heart moving love letters. 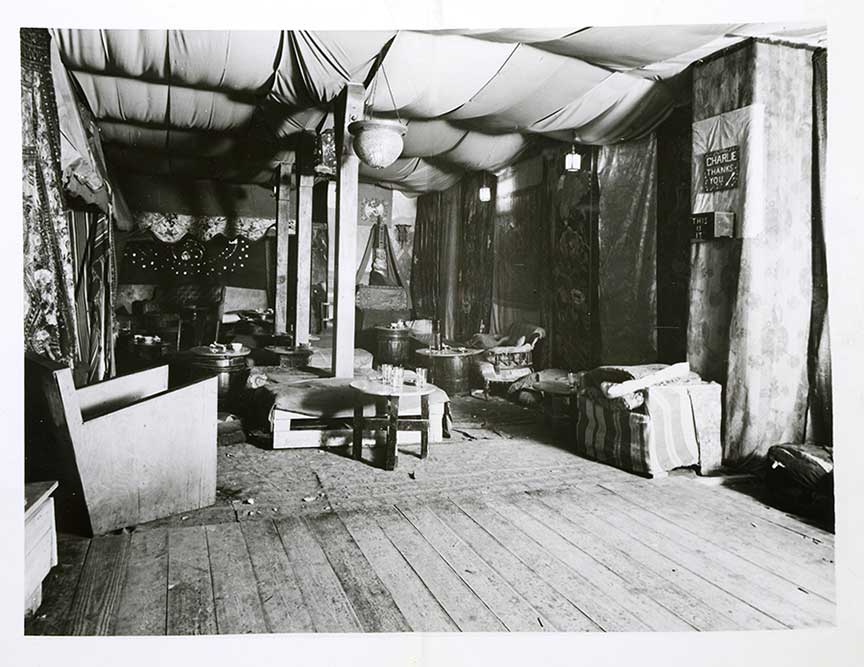 Interior of The Caravan Club, Endell Street, London – “The Caravan Club was a private members club prosecuted in 1934 for being a “disorderly house”. The space is described as “London’s Only Bohemian Rendezvous said to the most unconventional spot in town”, and indeed the club welcomed outsiders of the era, in a time when homosexuality was still criminalised. For the price of 1 shilling for members, or 1s 6d on the door, ‘all-night gaiety’ could be enjoyed while dancing to the music of Charlie, the club’s accordion player.” [Flickr:The National Archives] 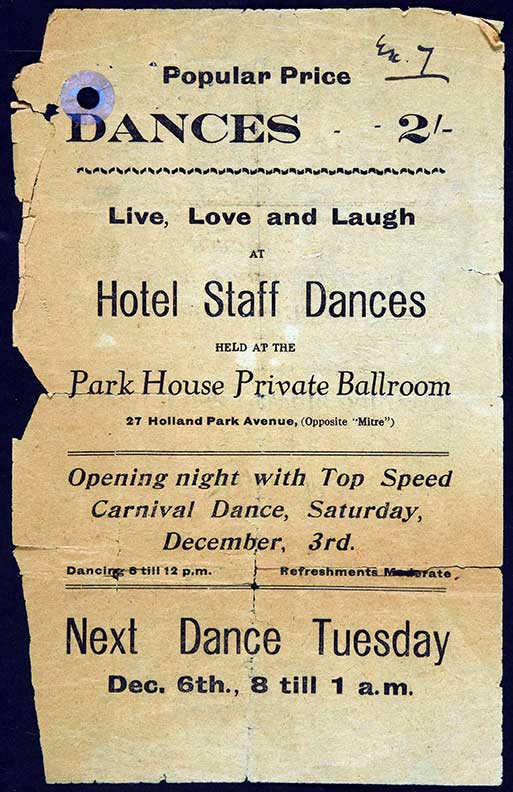 Flyer for dances at Park House Private Ballroom, Holland Park – “Park House Private Ballroom, Holland Park was frequently rented out for drag dances and police statements noted that of the 60 people present “One half of them were attired in evening dresses, the other half being dressed in lounge suits. All were male.” Ultimately the principle charges were ‘conspiracy to corrupt morals’ and ‘keeping a disorderly house’.” [Flickr:The National Archives]

All these showed a very different yet still similar reality that people had to face not long ago in the UK in comparison with today, and discussed the improvements brought about by the legalisation of same-sex marriages in England, Wales and Scotland.

Dr Bengry told Artefact about the relevance of the issue and the way it affects our society, he drags attention to understanding the past and its importance.

“Queer history is an opportunity for us to explore histories of lives and experiences of non-normative genders and sexualities, the challenge in the norms of society across period, across region, and across identity category.

“And part of the point with queer history is looking at that, reflecting on that, really try to understand both the similarities of the past, but also the vast differences.”

So, what does queer history mean for a member of the LGBT community? Alfred Russo, a member of Goldmiths’ Student Union spoke openly about the representation of his community in history and importance of it.

“We do have memoirs to help and we are starting to have some very good books coming out. Some should come out in the next few months. Peter Acrkoyd has written a wonderful book, Queer City, which I suggest you read.

“For trans people there is still not as much representation because it is very hard to find them. Historians have to look through archives and archives are now more willing to help, but some people disappear through the pages and it’s very hard to go and find them.

“Luckily, we will have more in the future. I think, in 50 years, what will become the past, will be much more available to people. But still, compared to 50 years ago, how much you can identify yourself with the people from the past and how empowering it can be …  more for the lesbian and gay community than the trans people, but it is good to remember that trans people were part of the movement. That should be remembered in the whole community.” 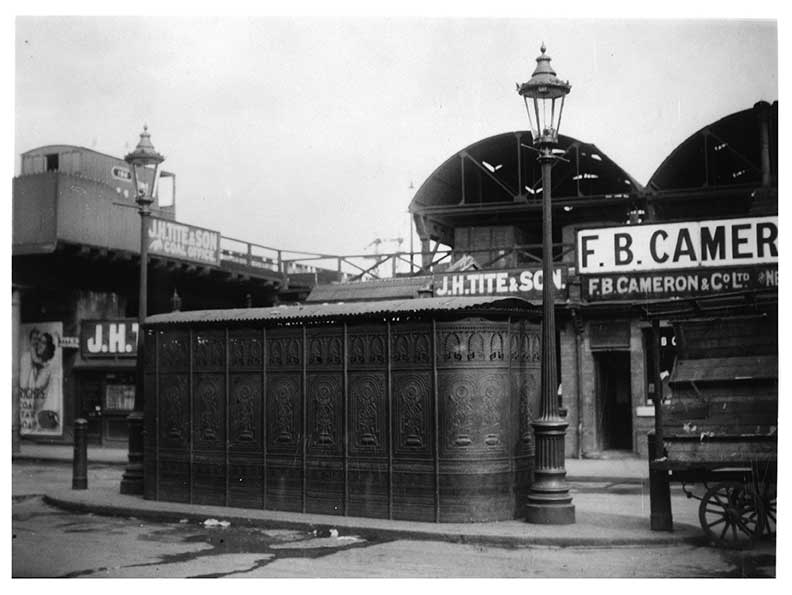 Charles Pearson, Ralph Byrne, charge gross indecency, Poe’s Lane public urinals, Brixton – “Before partial decriminalisation in 1967 the most accessible place for men to meet other men was often in outdoor and public spaces like urinals, known as cottages, and public parks. In 1932 Charles Pearson and Ralph Byrne were prosecuted for gross indecency when police observed them meeting in Poe’s Lane public urinals, Brixton, 1932.” [Flickr:The National Archives]

As Russo points out, it is important for people to have access to this information; not only for researchers or just simply curious people, but especially for the new generations of LGBT community members who will need it in order to understand their nature.

The lack of these resources not only creates gaps in history but also confusion in the minds and souls of people who struggle to identify themselves.

As this issue still exists in some Eastern European countries, it is important to understand its consequences and also observe the steps that the United Kingdom is taking forward in this direction.

“In many countries in Eastern Europe, people find it very hard to accept who you are. When I was living in Italy I had no information available to understand what my situation was. I struggled a lot, especially through puberty because there was no information. We didn’t have a proper LGBT community in my town, in Verona. No one could have told me what was happening to me,” Russo said.

“The Internet actually is what helped me, English and American YouTubers who were transitioning made me realise that that was my case. I am very grateful that I had the chance, when I turned 18, to come here in the UK, because although it’s not a perfect country, it’s amazing how open they are with certain things.

“There is a lot of support here for trans men. A lot of good friends come from this community of trans men that I found in the UK. In a sense, the UK is the home of the person that I am now, which I am very grateful for. It’s a very strong community. Especially here, at Goldsmiths, it is very welcoming as a university.”

By the end of 2016, the United Kingdom was the home of one million people (two per cent of the population) aged 16 or over who identified themselves as LGB, the Office for National Statistics (ONS) shows.

The numbers show an increase of 0.3 per cent since 2015, which means the United Kingdom has become the home of more LGB people in the past few years.

As this has a direct impact on society and their integration into society has started quite recent, more significantly after gay marriage was legalised in England in 2013, it is necessary to acknowledge the past and identity of these people and fight against stereotypes.

Moreover, according to ONS, “London has the largest proportion of the population who identified as LGB (2.7 per cent), which could be associated with a relatively young and diverse population.”

The diversification of the population is a direct effect of the high immigration in the United Kingdom, especially in London, which had a population of 8.7 million in 2016, and just as Alfred Russo, people from all over the world come here to embrace their identity.

The launch of the world’s first degree in Queer History and also the amazing implication of so many institutions in the Queer History Fair not only raises awareness among people but also gives hopes for a better, well-documented future of this community.