“My earliest memories about bullying were at the age of five. The teachers wouldn’t allow me to be seated next to the girls at the school, just with the boys”.

I am in London talking to Angel Bae. He’s living in a modern, critical and diverse society which is more demanding when it comes to values and rights.

However, his childhood was profoundly distant from the tolerance of 2018.

The beginning of this story brings us to the place where Angel grew up – a small rural village in South-East Spain in the late 1990s.

“I just used to go outdoors to attend the school and kiosk, the rest of the time I spent at home,” Angel tells me while lighting a cigarette.

He says he was a peculiar boy, different from the rest of the class. He felt better when he was surrounded by girls. The boys in Angel’s class had nothing in common with him and the difference in their personalities made Angel an easy target.

He was teased, humiliated, as well as physically and verbally harassed almost everyday at school from the age of five.

The lack of stability in his family as well as the chauvinistic and ignorant society of that time all contributed into this dark period of his life. “My parents used to work a lot, and most of the time I was home alone or with my brothers,” he says.

Angel was completely different to his brothers, which is part of the reason why he never had a good relationship with them. “I never felt a connection with them, we still don’t have anything in common,” Angel admits.

Despite this, he always had a very special connection with his mum. As we talk I notice a distinct change in his facial expressions and aura when the topic changes from his brothers to his mother – his face lights up the moment he mentions her.

“My mum went to the school a couple of times whenever I came home desperate and crying, but the teachers just said to her all these episodes were just children being children,” Angel admits with an ironic smile, lighting his second cigarette.

In contrast to the conversation about his mother, he seems much less keen to discuss the topic of his father. He says his dad used to work a lot and was a very respected figure in his family, however the role of the bread winner left little time for father and son bonding which then put a strain on their relationship. 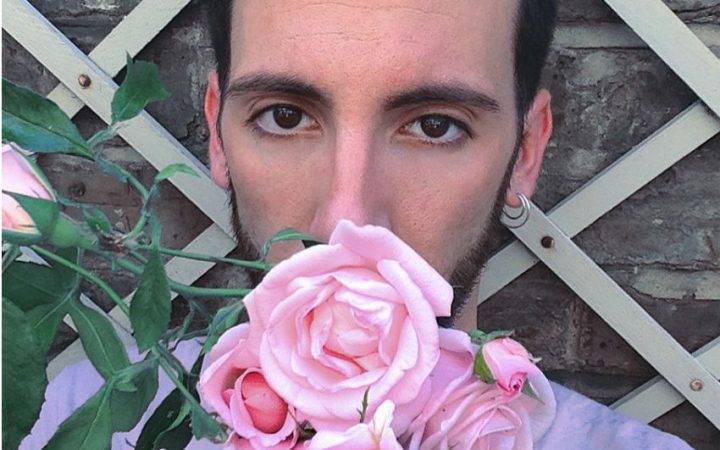 As the conversation between us deepens and develops, the energy in the room becomes palpable and the atmosphere around our discussion soon feels overwhelming. Stopping only to catch his breath, Angel continues to divulge more details about his family.

For the first few years of school Angel felt protected and safe, thanks to the presence of his oldest and “cool brother” who was studying a few years above. “When my brother moved to a different school, the situation became worse and worse” he laments, bending his head.

Children can be so cruel. “I felt safe in class, that is why I didn’t go out during the breaks,” Angel confesses and adds, “Once I tried to leave the class and spend a break outdoors, some other kids started chasing me and they hit me for no reason in the middle of the playground. The fighting drew the attention and focus of everyone in the playground. Kids from different courses saw me in those cruel and embarrassing circumstances, and my brother wasn’t there to protect me anymore.”

At the age of eight he made his first friend. The friendship became essential to his childhood. “Thanks to Betsie I could go outdoors, sing and dance to girlish songs, and could play with dolls which I adored,” he says smiling. “She was more than a simple friend; I could do things with her that I couldn’t do with anyone else,” Angel confesses with a sigh.

There was a specific episode which marked his youth. “I remember I was at Betsie’s home with few of her friends, and we ended up playing a game ‘Who likes who’. A friend of her’s recorded my voice saying ‘I like Tony’, a boy from the school.”

Angel tenses with a noticeable twitch in his hand. The days following were a nightmare. “That voice recording was spread by the children throughout the school.”

The incident only made Angel more insecure and vulnerable. “I didn’t want to go outside of my class under any circumstances during the school break, I was terrified,” he adds timidly.

The hell Angel lived through was at the beginning of the 21st Century. He looks back and defines the society back then as aggressive. The citizens of his village were people from the services and the rural sector. They were conservative and patriarchal macho families who were filled with prejudices and narrow-mindedness. “Where what they say matters more than being happy,” Angel states resentfully.

Years later, Angel became friends with Noe, a cool and naughty girl in his class. This new friendship helped stave off most of the bullying from his peers. Angel started progressively gaining respect from his contemporaries. Angel could now go outside of the classroom during the breaks.

“When I was 14 I decided to come out of the closet. Although I did not have the courage to tell my dad yet,” Angel laments and adds: “I had to repeat a year at school and that’s when I met Noe, both of us were the new students in that class.”

“When I turned 18 I came out of the closet officially. I told my dad too. I felt absolute liberation,” Angel chuckles. His mouth parches as he grabs a bottle and drinks a big gulp of water. He straightaway says; “After many years of oppression, I felt enough self-confidence and the bravery to tell my class, I even said that I was dating a guy,” he pauses.

Angel still remembers the faces of his classmates at that moment. “Since then, people who had always bullied me, never messed with me again. I started to receive proper treatment,” Angel finishes, takes a profound breath and then a big puff from his third cigarette.

Angel is now an adult and he’s always kept his friendship with Betsie. “I can be natural and purely myself with her,” Angel admits happily. “A random summer night when I was depressed because I broke up with my boyfriend, I met up with Betsie and we ended up making our first cover together,” Angel giggles. 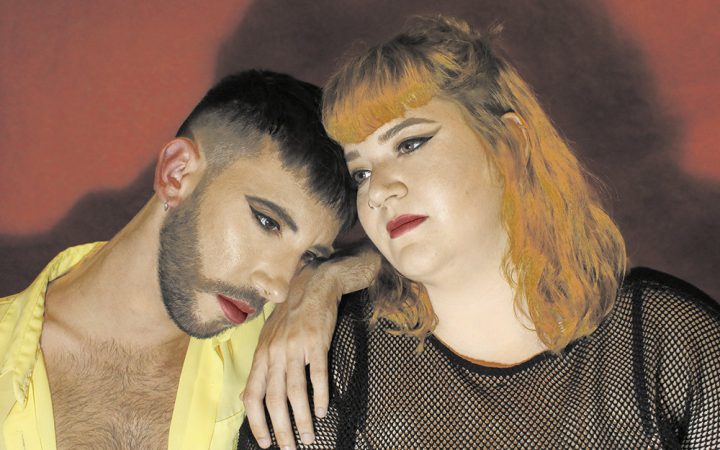 The summer had only just started and they spent lots of long nights indoors singing and composing songs together. “There’s so much material inside ourselves, we had many feelings and thoughts to express to the world, things that we had not been able to speak of before in life. We broke our silence,” Angel firmly says and adds; “thanks to a friend who worked for a music magazine and was able to promote our first songs as a band, as Leslie and Betsie”.

Angel had barely left his rural life in Murcia, Spain so he didn’t really know what traveling was. “I was inside of a shit bubble, and I needed to breathe. I just lived in the present, taking no care for the future,” he affirms in a serious tone. His concerns about music and his slight knowledge of English were what triggered his move to London at 20 years-old.

“London has given me freedom,” Angel sighs. When he arrived in London two years ago to work as an au pair for a family of five, it was his first real job and the first time he had ever truly felt proud of himself. “Thanks to them, I discovered what it means to be a family; I appreciate all the affection and the support I have received since I met them,” he deeply sighs and blushes.

He finally had someone who trusted him which empowered him greatly, as did the ability to earn his own money. “I remember the feeling of going out with nobody pointing at me or judging me.”

Now, when Angel does go back to Spain, the locals are much more respectful to him than they used to be, however people still sometime make him feel uncomfortable about the fact that he is gay. Angel adds; “When I come to my town for vacations, and I finally am who I really am, despite some people staring at me because I wear rings or because of my outfits. So, that is what London has given me; confidence in myself, trust in what I do and no longer depending on other people for approval or disapproval on something”.

Despite the distance between Murcia and London, Angel and Betsie continue their musical career and have released their latest single called Una Mujer Igual from their debut album.

Leslie & Betsie’s lyrics are related to love, freedom of expression and to experiences in their childhood and adolescence. “I did not fit in anywhere, I was not a boy like the rest, and I was not a girl either. I was a feminine boy, and that marked me forever,” Angel clears his throat again.

The lyrics in their pop songs are mainly about celebrating the figure of the woman. They are also based on personal experiences, traumas, and being critical of the current society. ”

In 2018 our society still has a warped image of what a woman is, as well as what they and their gender represent,” Angel adds with concern.

Leslie & Betsie’s ELLISIMA tour is launching February of 2018. Their concerts are located in Spain so far and UK tour dates are coming up soon.