Growing up south Asian in ‘the West’

Growing up South Asian I always tried to distance myself from being labeled as ‘’Asian’’. I hated the idea of being seen as one. Asian culture although familiar to me had never truly resonated with me.

The only time I saw people like me was in Bollywood movies and when they were playing terrorist roles in the media. Asian was their defining characteristic, I never saw an Asian actor or actress that wasn’t playing a role where their character and storyline didn’t revolve around being Asian or being Muslim. I never saw South Asians in music unless it was music within their own culture.

Since the places I spent most of my time rarely included Asian people it felt like I didn’t belong and desperately trying to fit in. I cast aside my own ethnicity. I hated the food, the clothes and I felt ashamed and embarrassed by my culture.

Growing older in a world where we are talking about culture and representation much more regularly, I’ve come to realise that I am one of many young South Asians who felt exactly like this and it is because of the lack of representation in the media and in the arts that we felt like this.

Of course, not everyone felt like this, but the effect that the lack of representation created was a feeling of displacement and growing resentment to our own culture. 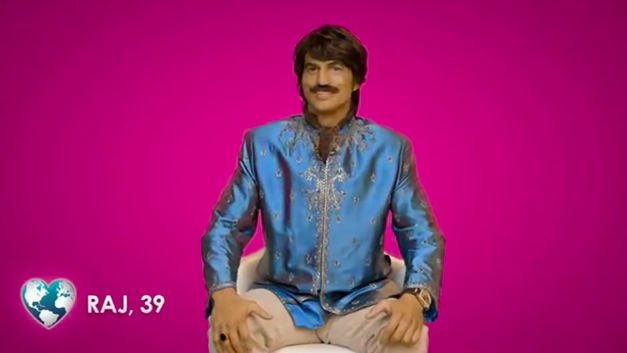 Ashton Kutcher in the 2012 PopChips advert

In 2012 PopChips released an advert featuring Ashton Kutcher playing a few different ‘characters’ who were looking for love. One of the characters was Raj. He was dressed in the traditional South Asian dress, had a moustache, had a stereotypical Asian accent and was in brown face.

The advert was considered racist and offensive. The company released a statement regarding the controversy saying the advert was “created to provoke a few laughs and was never intended to stereotype or offend anyone.” They added that the company “hope people can enjoy this in the spirit it was intended.”

Despite the protests, the company did not pull the advert and their statement wasn’t really an apology. However it seems the advert was quietly pulled from their YouTube channel sometime in 2017. 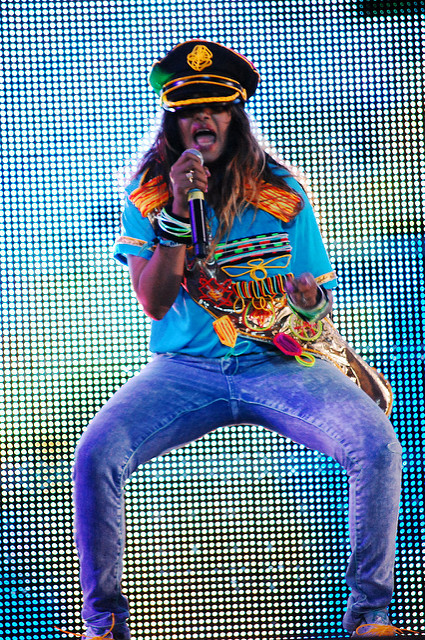 Only in recent years have we taken a step forward in trying to properly represent South Asians. For the most part, South Asians are given the stereotypical roles, men play terrorists or computer geeks and women who we see even less play docile women in TV and movies. In music, we are seeing more South Asians making music and gaining success.

On the other hand, YouTube allows people to create their own content, which means they can represent themselves and gain success in a way that may not have been possible without it

The narrative is slowly changing with people like Mindy Kaling, Hasan Minhaj, M.I.A, Priyanka Chopra, Riz Ahmed and Archie Panjabi getting more attention and important roles, roles that don’t focus on them being Asian.

Hasan Minhaj headlined the White House correspondents’ dinner in 2017, Archie Panjabi played Kalinda Sharma in The Good Wife and Riz Ahmed playing Bodhi Rock in the Star Wars standalone film Rogue One. These are all great examples of what representation can look like when it is done well. Giving actors roles simply because they were good not because they needed an ‘’Asian person’’ to cast.

Ahmed gave a speech about diversity at the House of Commons in 2017. In his speech, he talked about the importance of representation, the benefits of it but also the negative things that can happen without legitimate representation.

“We are talking about representation not diversity, representation is not an added extra, its not a frill. It’s absolutely fundamental to what people expect from culture and from politics. What’s at stake here is whether we will move forward together or whether we will leave people behind that’s what’s at stake if we don’t step up and represent. If we fail to represent I think we’re in danger of losing out in three ways, in three E’s. One we are going to lose people to extremism, second, we going to lose out on an expansive idea of who we are as individuals and as a community and thirdly we are going to lose out on the economic benefits that proper representation can bring to our economy.” 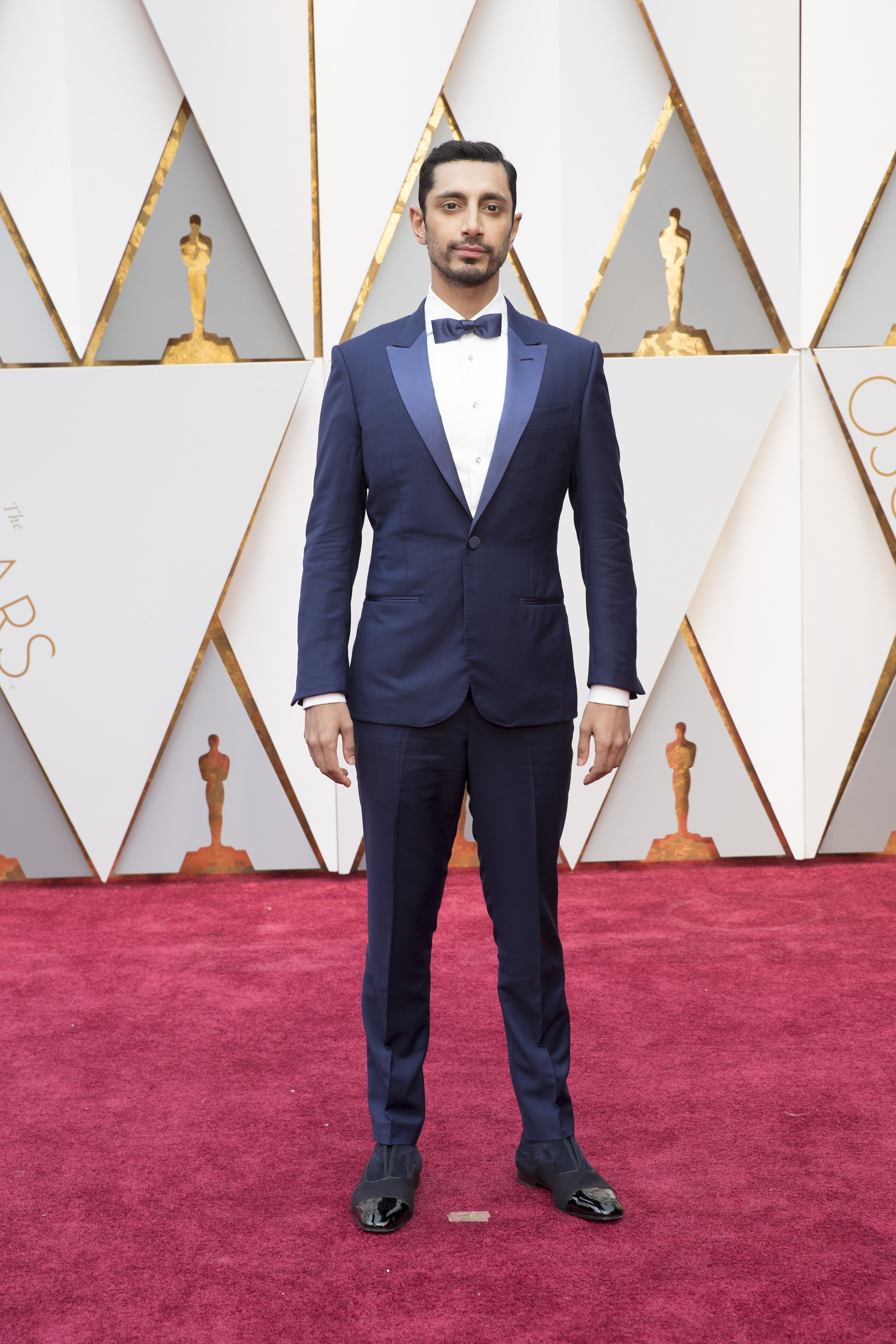 Riz Ahmed at The Oscars in 2017 [Flickr:Disney/ABC]

Representation is something that has had a lot more attention drawn to it in recent years. We have begun to realise that we need to properly represent all backgrounds, races, religions etc in the media and in the arts in order to make people feel like they belong and that they have a place in society.

But also we need to represent them correctly in a manner that truly shows who they are. i.e. Muslim women portraying docile women or black men portraying drug dealers is not how you properly represent. You can’t just cast a person of colour (PoC), use them to play into a stereotype and then claim your movie is diverse and represents when it does so in a negative way. Playing to stereotypes feeds people an incorrect or over-exaggerated idea of a person or people and further damages peoples’ perception.

Aqib Hussain is a 21-year-old South Asian who grew up in East London: “Growing up I did feel disconnected due to an overwhelming whiteness in the media I consumed. There wasn’t anyone who looked like me or anyone in my family on British/American TV unless it was on EastEnders where the representation is taken to the extreme or terrorist documentaries.

“Now it’s a little better in the sense we have alternative forms of media such as Instagram and YouTube where South Asian people are representing themselves on platforms with much wider audiences which does in turn help create conversations about how white our media really is.”

Talking about how he feels now about his culture, he told us: “I feel a lot more connected to Asian culture and comfortable in expressing myself than when I was younger. The power of social media has exposed me to people who grew up in the same type of way I did and allowed me to find a space within media that I never had before. It’s also allowed me to consume media which I wouldn’t have been able to 10 years ago and helped with self-esteem and confidence.”

There is clearly a problem regarding representation of PoC, LGBTIQ, and women. We have to work to ensure all media and art forms represent more but also portrayed correctly. Doing so, people will be included and valued, but also audience won’t be fed incorrect or stereotypical ideas about a society. Which is how racism will be combated and overcome.

The issue is not a lack of talented people but the lack of willingness to cast people in a way that doesn’t see them attached to their gender, sexuality or ethnicity.