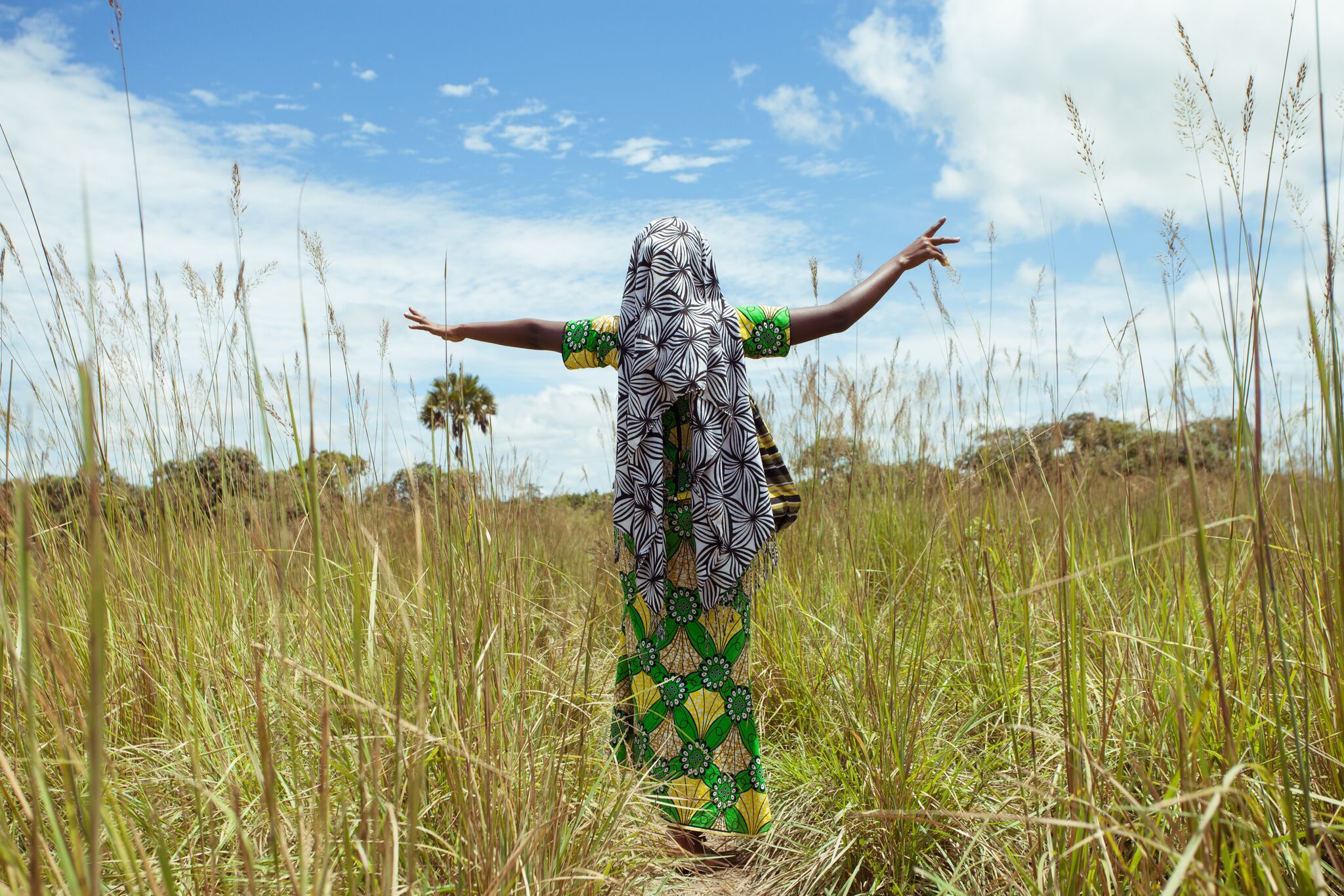 It is 2018 and this year marks the centenary of the Suffragettes gaining the rights for (some) women to vote and the first steps made towards equality between men and women.

Although 100 years have passed and progress towards a more gender equal society has been made, especially in the Global North, we still live in a growing patriarchal and authoritarian world and women globally continue to be subjected to discrimination of all levels in society on a daily basis.

Gender equality is a human right and without it, half of the population continues to suffer, especially in the less economically developed countries where child marriage, female genital mutilation and education inequalities are some of the biggest problems that young girls and women face. The need for aid in order to change the current segregated system in place is imperative.

The power of technology means millennials have grown up in a global culture. The number of young people who are educated, involved and connected on issues which don’t necessarily just directly affect them but across multi-continents is at its peak.

Last year Beyoncé backed the annual Global Goals campaign for the international day of the girl, using her song Freedom in their video #freedomforgirls. The film used young girls to give the new generation awareness that change needs to be made now all over the globe. 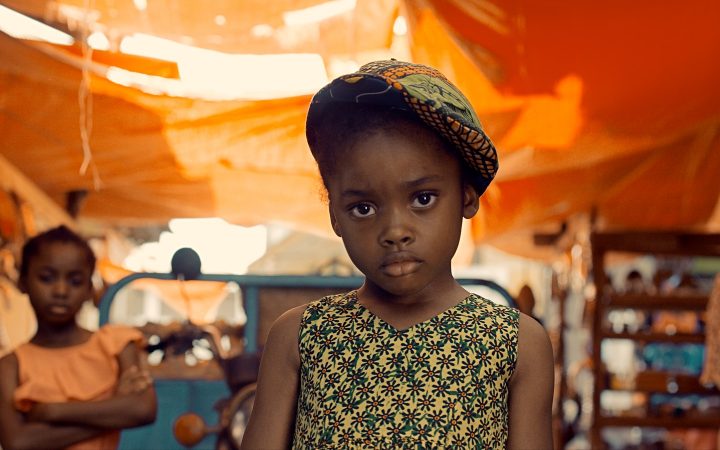 Organisations such as With and For Girls – a collective focused on empowering young women and girls- recognises that young people are the voice of the future. The collective helps to ensure that girl activists and girl-led organisations receive the funding and tools they need to drive change.

Anisa Easterbrook, 24, works for a donor foundation that is part of the With and For Girls collective. She strongly believes that “we should be focusing on girls right now. They are the most oppressed and children, in general, don’t have a voice.”

The organisation works across five different regions of the world- Asia and the Pacific, Europe and Central Asia, Sub-Saharan Africa, the American Continent and the Caribbean and the Middle East and North Africa. For the past three years, the Collective finds and funds four girl-led and girl-centred organisations from each region. They are able to provide funding and support to ensure that female-led organisations across the globe have the platform they need in order to make a difference towards equality and a better future.

The grassroots organisations they work with vary in what they do to achieve equality. It can range from “girl groups who are working to end female genital mutilation” to “one organisation which was set up by a 15 year-old girl trying to end child marriage in Pakistan. We work with organisations which concentrate on helping lesbian and gay women, get more girls into education or provide more opportunities for girls to work in tech or engineering or typically male-dominated fields,” Anisa states.

This International Women’s Day (March 8) the theme is #PressforProgress. The campaign claims that “with global activism for women’s equality fuelled by movements like #MeToo, #TimesUp and more, there is a strong global momentum striving for gender parity.”

Whilst gender inequality is undoubtedly topical in the media today Anisa claims: “A lot of the narrative we see in the media surrounding young girls in other countries who are typically oppressed, or in situations where they are constantly in danger, is always showing them as just victims. They are actually the ones driving change.”

“I think a lot of people think that feminism and feminists only exist in the western world, we see in London or America, we see the marches, but in reality, the most powerful feminists we’ve seen have been 14 and 15 year old girls in the most dangerous situations who are taking the most action and are the real feminists. We need to give them more of a platform to speak about the issues that affect them.”

Women and young girls are fighting against a lot to achieve basic human rights.

Whilst some NGO’s, charities and funders are genuine with the right motivations, it seems even within the development sector there are individuals committing acts against the very thing they are fighting for.

A recent sex scandal surrounding Oxfam, a charity organisation which focuses on global poverty, has revealed and exposed an incident involving their staff in 2010. After a major earthquake hit Haiti, Oxfam aid workers paid for and engaged with prostitutes and even participated in sex parties.

Although international law and laws in 158 countries criminalize sex trafficking, morally there are still a number of people who still think it is acceptable to treat women and girls as objects to buy and abuse. Sex trafficking is one of the biggest criminal enterprises occurring in every part of the world, making billions each year. It is estimated that around 71 per cent of sex trafficking victims are women and this will continue to grow until we reach equality- exposing women for what they are, equal bodies in society.

Equality Now, a charity using laws to fight for the freedom of women, aim to target the demand for sex trafficking. They believe that by “targeting the root of the problem, the demand for paid sex, we can protect women and girls. No demand, no supply.”

But the struggle for equality becomes challenging when aid workers, who are there to provide help and support, abuse and buy into the very system they are fighting against. How can we expect young girls and women to push to win the battle for a better life when those giving them relief are the ones also causing their misery?

Helen Evans, former head of global safeguarding at Oxfam told Channel 4 News that in the space of 24 hours she received three claims of sexual misconduct: “There was one woman being coerced to have sex in a humanitarian response by another aid worker, another case where a woman had been coerced in exchange for aid and another one where it had come to our attention where a member of staff had been struck off for sexual abuse and hadn’t disclosed that.”

Many of the cases unveiling have been covered up by Oxfam over the years, with more than 123 volunteers in the UK’s charity shops claimed to have been sexually abused. This only emphasises the need for action to occur, that even charity workers are adhering to the sexual misconduct of women, including the most vulnerable and taking advantage when many are at their lowest point.

Although Oxfam has breached their own aims to protect women from exploitation, other charities are still working on reducing the mistreatment and many forms of discrimination to produce transformative results to young girls and women’s lives.

Equality Now focuses on international laws “to hold the governments accountable to their promises and to bring local issues to the attention of human rights.” Directing their attention to individual cases that draw on the wider issues young girls and women face.

Global Executive Director for Equality Now, Yasmeen Hassan states that: “The law is a statement of your worth by the government. Laws that treat men and women, girls and body unequally relegate women and girls to a lower status in society. Failure to outlaw practices that harm women and girls leaves them with no recourse for violations against them. The law is the way to hold our government accountable for your protection.”

Global agency, UN Women, is also the only charity that is dedicated solely to gender equality and aims to ‘remove the social and cultural barriers that prevent women and girls from achieving their potential.’

Whilst it may seem that a lot of charity work is being carried out Anisa shared that ‘despite the critical role that women and girls play in sustainable development, it is estimated that less than two cents of every dollar spent on international aid is directed to adolescent girls.”  This limits girls’ abilities to organise themselves, to be included in decision-making processes, and to make their voices heard.

In the least developed countries, it is estimated that around 1 in 4 children aged 5-17 are subject to child labour, working in conditions that are thought to be detrimental to their health and future development. Those out of education especially are the more likely to obtain this lifestyle; Sub-Saharan Africa has the highest records of child labour.

When girls are left out, the inequality, marginalisation, and isolation affecting girls remain unchallenged. According to UNESCO Institute for statistics around 130 million girls are out of school and have not completed any form of education- this results in a lack of prospects for girls especially.

The IRCW also states that girls with higher levels of schooling are less likely to marry as children- and therefore have greater opportunities towards the direction of their future.

It is initiatives such as With and for girls who recognise that young people have the greatest potential to propel change that is truly transformational. Women and girls collectively and globally are helping to make a difference and we should support and enable new opportunities for young girls and women to strive, and focus on the equality they deserve.

But how much longer is it going to take before we truly gain #freedomforgirls across all regions of the globe?

You can support the initiative (and watch the Beyoncé video) here: https://www.globalgiving.org/projects/freedomforgirls/