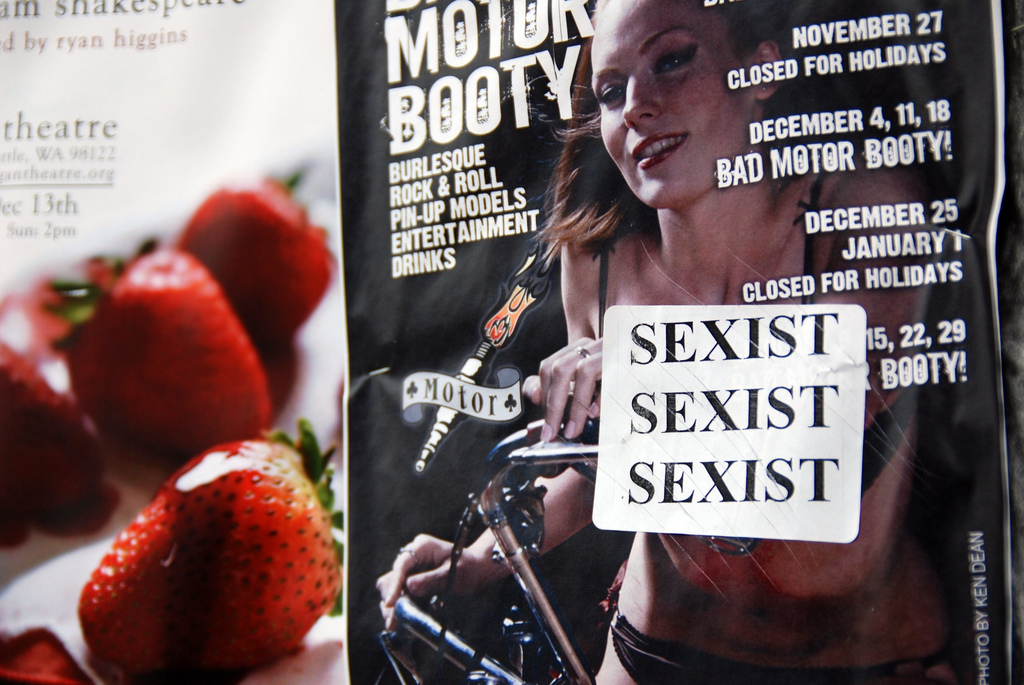 Opening up Twitter to see that Doritos are set to launch a new line of crisps aimed specifically for ladies (a quieter crunch, smaller in size so that they can ‘fit inside a handbag’, and not as much ‘finger dust’ so that no finger licking is required – because god forbid a lady licks her fingers) is not the start to 2018 that many women had hoped for.

While Doritos has since tweeted that they won’t actually be launching the new line of crisps, (despite the fact that Indra Nooyi, chief exec at PepsiCo, very publically revealed the brand’s new venture in a podcast interview with Freakonomics Radio) just the prospect of it being released was already enough to bring on an outrage online, with hundreds of women shaming the corporation for their decision to even consider such a launch.

Sadly, as most of us know, this isn’t the first time that a company has decided to play on gender stereotypes to try and sell something.

In 2017, the UK Advertising Standards Authority vowed to tighten up and crack down on advertisements that involved any gender stereotyping, stating that they could be harmful to society in the fact that they “reinforce unfair gender norms” to the public.

This doesn’t, however, mean that suddenly this has completely stopped, or that this isn’t still happening in other parts of the world, no matter how ‘intentional’ it may be.

While several other countries (including France, Germany, Spain, Italy and Canada to name a few) are also campaigning against the stereotyping of gender, along with Facebook and Google who partnered with UN Women at the beginning of 2017 to put a stop to ‘gendered advertising’, in the past year alone there have been many sexist and gender stereotyped advertisements released.

Despite the rest of the world seemingly moving forward in aspects of gender equality, it seems that advertising and product marketing is still back in the Stone Age.

During the summer of 2017, Audi China released an advertisement comparing a woman to a used car.  While Audi issued a statement saying that the advertisement “does not correspond to the values of our company in any way,” the ad was investigated and then eventually blamed on the fact that it was made in collaboration – before being completely taken off the air. It’s just one of many, many sexist car advertisements out there.

It still left time for women of the world to be outraged though. Did not a single female work on the commercial? Other advertisements released in the UK have caused similar controversies. 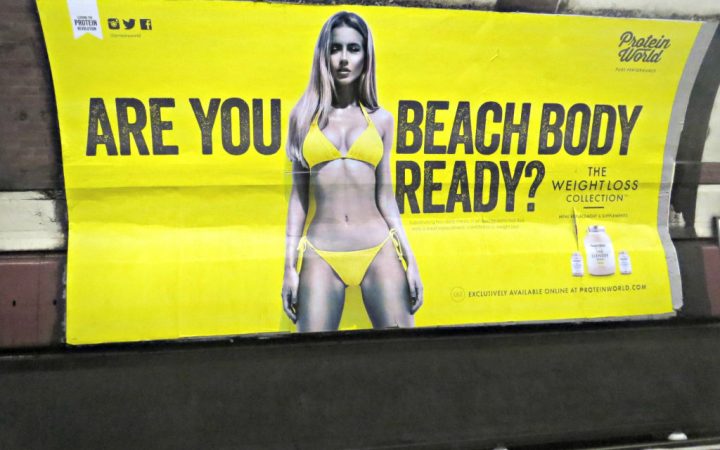 Protein World caused an enormous issue that I’m sure most have heard about, with their beach body ready ads – that seemed to enforce the idea that people had to lose weight and look as good as the model in a bikini that was featured on their posters to be ready for summer.

The posters that were put up all over London showed a skinny, gorgeous blonde girl in a bikini (with no male counterpart, surprise surprise) – an act that many viewed as blatant sexual advertising in order to catch attention. It went on to be banned in the UK.

SouthEastern trains also came under fire for an advertisement that they released featuring a picture of a women’s bottom, with the words written next to it; “Good for sitting, squeezing and shaking. Don’t bruise it. Please take extra care in wet weather conditions.” The ads were accused of trivialising sexual harassment and unnecessarily sexualising women.

Estate agents Marsh & Parsons decided to advertise “a charming period property with a modern extension” by using a photo of an elderly looking man and a much younger woman draped over him – which came under fire online. While it has since been removed, there was still time for it to cause offense – with some suggesting that the poster signified that a women’s worth is to accompany a man, another gender stereotype much overused in the past.

These are just a few of the many, many, sexist and gender stereotyped advertising strategies that have been put out over the past decade.

The question is, in this day and age – where equality is supposedly at an all-time high, how is content like this still being produced? It’s almost as if not a single woman was involved in the production, shooting or release of any of them – but again, is that a surprise? The advertising and marketing industry is still a very male-dominated business.

In a UK-based study conducted by Havas Creative called The Future Is Female, it was found that 93 per cent of women that were surveyed said that they didn’t enjoy the advertisements that involved half-naked or stripped down women, with 43 per cent admitting to disliking the way in which women are portrayed in advertisements – whilst only 31 per cent saying they felt the same about how men were portrayed.

Artefact spoke to ten women between the ages of 20 and 30 their opinions on sexism and gender stereotyping within the marketing/advertising industry. All ten spoke with distaste when shown the examples above. 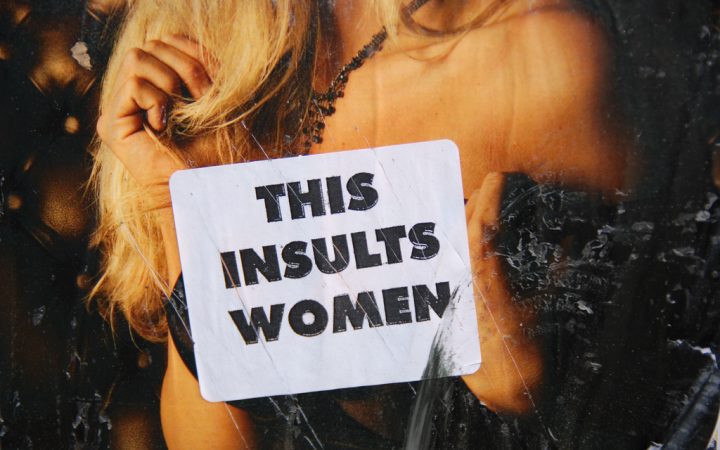 “We’re in 2018,” Johanna, 22, said, exasperated. “What bothers me more than anything is the lack of thought that seems to go into these decisions. Does nobody think of the repercussions? Do people not realise that casual sexism is not a joke anymore?”

Rebecca, 20, agreed: “I feel like there are way smarter and more interesting tactics to sell and come up with products rather than having to either aim them at a specific gender or negatively reinforce a stereotype against one in order to do so.”

While most of the women seemed to acknowledge that advertisements had come a long way regarding gender fairness, they all agreed that this was still very much a prominent issue today.

When shown the Dorito ‘lady chips’, Rebecca rolled her eyes and let out a laugh. “This has to be a joke. Why do we need all that? What’s wrong with us eating the same ones as the guys – the same ones we’ve always been eating? It’s as if the marketing industry takes one step forward and then three steps back.”

Her words ring true. Over the last few years, tremendous steps have been made in advertising in which women have been seen in a more powerful, leading, non-sexual way. It seems, however, that we still have a long way to go before this is always the case.