“I miss him”, are the words from one mother who lost her son to knife crime. Life became a nightmare for Ashifa Sayani when she was told that her only son had been murdered, his life cruelly cut short in an instant.

Jamil was just 18 when he was fatally stabbed in 2014. “Jamil was in Isleworth, West London when he was attacked by Mohamed Barre and another male. To fend them off Jamil took off his belt and tried to protect himself. The police were called and they all were arrested,” Sayani told Artefact.

The boys were told to attend Feltham Magistrates Court on May 6, 2014. However, on the day of hearing Mohamed Barre set him up; Barre planned that he and four other friends would ask Jamil for another fight. At the time, Jamil kept walking trying to ignore these attempts to antagonise him. “Jamil finally gave in and knocked Barre out, Jamil was unaware that it was being recorded and within seconds everyone had seen it on Snapchat,” his mother said. 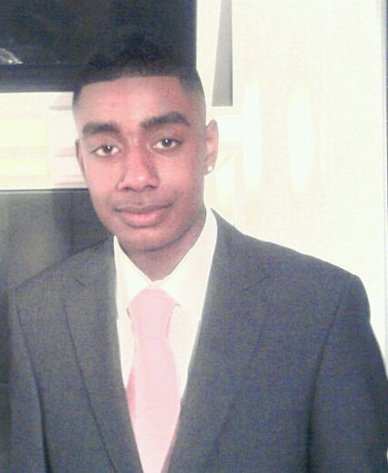 Jamil then went on to order a pizza and meet his friend. Sayani told us: “At this time Barre and friends were waiting for Jamil. Barre had given a knife to one other as they all insisted it would just be a clean fist fight.” Barre was concealing a large flick knife and stabbed Jamil three times, one was a fatal blow to the heart.

Loved by so many, Jamil’s death came as a shock. His mother would now face the most challenging time of her life, coming to terms with the loss of her son, a time that no parent is ever prepared for.

The case went on to be heard at the Old Bailey. “The court case was very difficult, for the first time seeing the person who killed my son. He showed no remorse. It lasted six weeks as there were five of them. Barre did not testify,” Sayani said.

When asked if she feels she got justice for the murder of her son she answered, “It’s a very hard question to answer, I feel all five should have served time, 17 years is what Barre got, he will still be able to have a life when he gets out. But I’m happy we got a little justice as some families don’t ever get this chance.”

Knife crime in London is an epidemic. It is rare today to watch a news bulletin without a report about another fatal stabbing in the city and yet the issue continues to spiral out of control. 2017 saw the highest number of teenagers killed in London since 2008. There were 80 stabbings that year, three of which were on New Year’s Eve alone.

According to the Office for National Statistics (ONS), between 2014 and 2015, (the period in which Jamil was murdered) the number of offences involving a knife and sharp instruments in London was 9,627. Between 2016 and 2017 the figures rose dramatically to 12,021.

Recently, the Mayor of London, Sadiq Khan came under fire during Mayor’s Question’s at the London Assembly over his failure to control the issue. Consequently, some have felt that the Mayor is powerless.

In the midst of it all, families like Jamil Palmer’s are left to come to terms with what happened to their loved ones and for them, it’s simply too late; the promises made by those in power couldn’t save him in time.

Sadiq Khan has, however, recently launched the ‘London Needs You Alive’ campaign and in a statement, he said: “London is the best city in the world, full of opportunity, and one of the safest. But too many of our young people are being senselessly lost to knife crime. It has to stop.”

The campaign urges young Londoners to see the value of life and relays a strong message that their lives are important. The Mayor has offered metal detectors to all state-funded schools in London. He has also provided extra funding for knife and gang projects.

We asked Sayani if she feels Mayor Khan has done enough to prevent knife crime in London to which she said he had not; she even attended a knife crime summit and was disappointed, “I felt Sadiq Khan let us all down as nothing was decided and he only stayed 30 minutes then left.”

So what should the Mayor should do to help reduce knife crime rates in the capital: “More funding for police stations and officers to carry out these duties, parents and victims to talk in schools to educate the youth. If you commit murder you should get a life sentence without parole, and be tried as an adult. I’m serving a life sentence without Jam, so it’s very hard for me to accept a defendant can carry on with life after doing something to cause such heartache,” Sayani said.

A charity, the Ben Kinsella Trust, which was created in memory of stabbing victim Ben Kinsella, aims to educate young people about the choices they make and the consequences they can have. 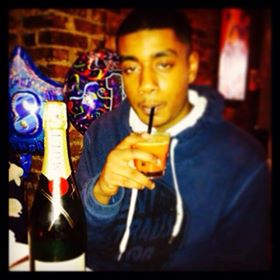 Jamil on his 18th Birthday [Instagram:cooliejayy]

Kinsella was not involved in the incident, however, he and his friends realised they were being followed as they made their journey home. They split up, Kinsella’s friends ran and he carried on walking. Kinsella was the first person the teenagers found and in an unprovoked attack, the boys stabbed him.

The Trust told Artefact, “You can’t stop knife crime simply by arresting people. We have to look at root causes, why are young people turning to violence and picking up knives? We need to invest far more in our communities and schools to help young people understand risks and consequences.  We need to invest in Youth Clubs and Community centres to divert young people into more positive activities to stop them offending. We must adopt this approach if we truly want to reduce knife crime.”

Sayani doesn’t think we are fighting a losing battle but believes we just give up, “It’s very hard to change people carrying knives as they also don’t want to fall victim to someone else carrying a knife. I don’t know what the solution is but know that it needs to stop. I think if you are caught with any weapon including acid I think it should be an automatic three-month sentence.”

Sayani believes that those found in possession of a knife should have a mandatory fixed sentence with a longer sentence for repeat offenders. “Stop and search is good as long it is across the ethnicities and not just for black and Asian people,” she said.

Scotland has been praised for its strategy in reducing knife crime. Glasgow was once deemed as ‘the murder capital of Europe’ by a Guardian report from 2005 and was revealed to have the second highest murder figures in Western Europe by the World Health Organisation (WHO).

Scotland took a public health approach and it has proven to have significant results. A report by the Guardian stated that whilst 2017 was set to be the worst year in nearly a decade for deaths of young people by knives in England and Wales, not one death had been reported in Scotland.

The leader of the Liberal Democrats, Vince Cable is the MP for the Twickenham constituency where Jamil lived; he previously lived in Glasgow decades ago when knife crime was common, he described the pan-London figures as “alarming”.

“I certainly favour a proactive approach in schools, but in terms of educating as to the risks and, where necessary, tighter security,” he told Artefact.

The police worked with people involved in education, health and social work. The Ben Kinsella Trust backed the approach, “We support a public health approach to knife crime which has proven so successful in Scotland,” they said. 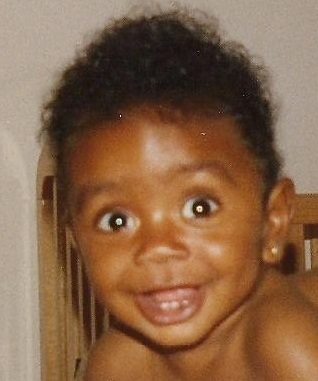 Jamil as a baby [Ashifa Sayani]

For Jamil, it is simply too late to bring in preventative measures but Sayani’s message for those thinking of carrying knives or worse using them is; “Please think of the families as they’ve done nothing to you, how would your family feel. You can do so many wrong things in life and you can always say sorry and rectify a situation but once you have taken a life there is no comeback from that and you can’t fix it with a sorry.”

She described Jamil’s loving and kind nature: “Jamil loved to look after people, loved playing music and dancing badly. He thought he could cook, which was so funny. He was so easy to talk to and gave great advice. His real passion was football.”

Jamil was at college when he was killed and had many plans before his life was so cruelly cut short: “Jamil had his whole life ahead of him. We were supposed to start a bookkeeping company together. He was only 18 so at that stage he was like any other 18-year-old, having dates, going clubbing and eating, carrying on with his studies and making me so proud.”

Sayani explained how difficult life has been: “Since Jam was taken it’s been awful. I don’t sleep, suffer from panic attacks, completely lost motivation to do anything in my life. I also blame myself as I should’ve been the one to protect him. Most of his friends are all having kids and getting great jobs and I won’t see any of that. I feel mostly sad for his little sisters as they had an older brother to protect them and now he’s gone, and will never secure a bond with him apart from a spiritual bond. How do you explain to a then 4-year-old that their brother has been murdered? I miss him.”