The youngest country in Europe 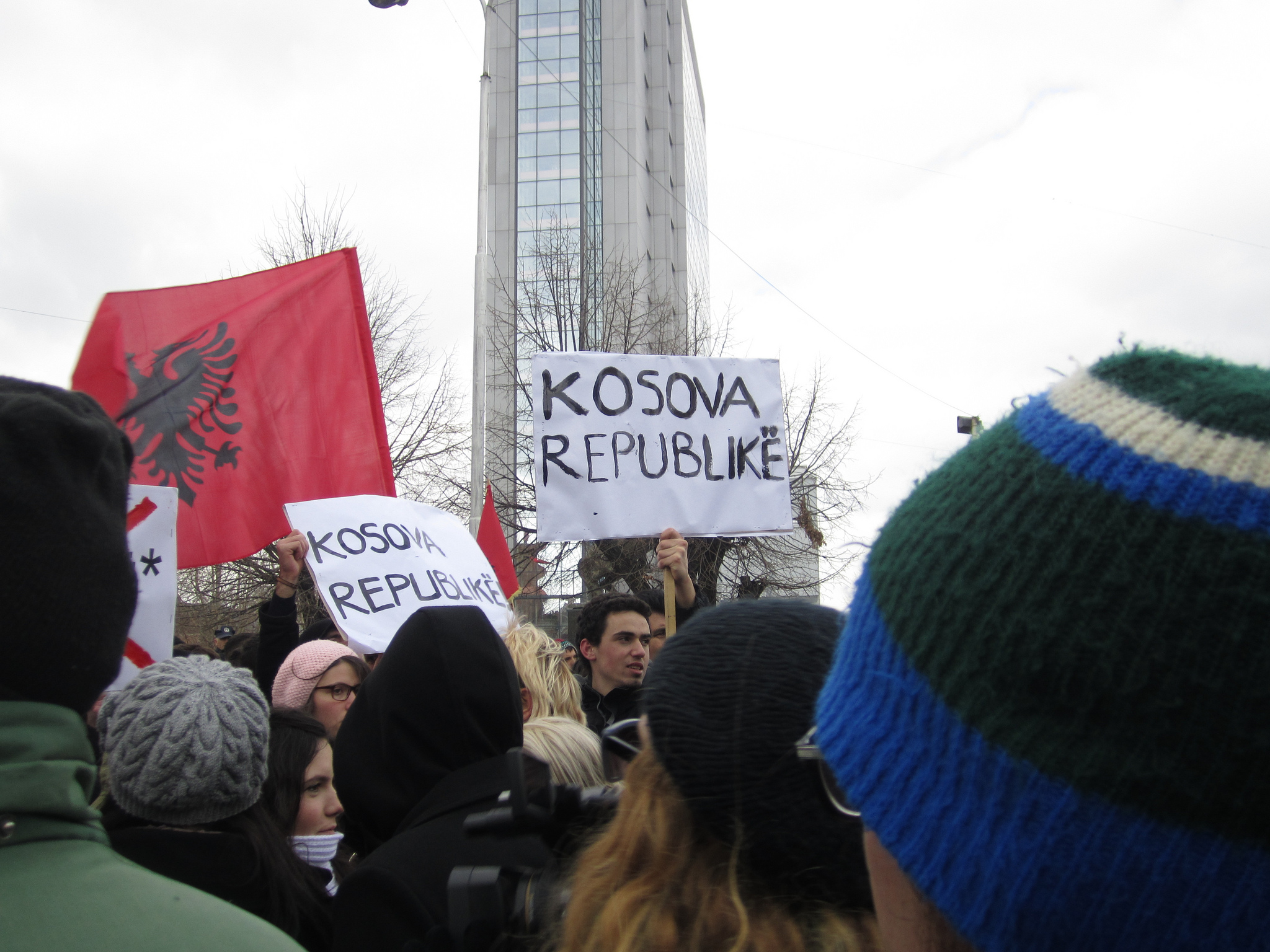 Ten years ago, on February 17, 2008, Kosovo declared independence from Serbia, making it the youngest country in Europe.

The road to independence was not easy, it came nine years after a war which only came to an end after NATO conducted a 78-day campaign of airstrikes.

It was unimaginable for many that Kosovo would finally become independent.

While it had been discussed many times by politicians, several setbacks and disappointments made independence seem like a distant and unlikely dream. So, when it was finally declared, nothing had been formally planned to celebrate this milestone.

Agnetë is 18 and living in Kosovo’s capital, Prishtina, she was eight years-old when Kosovo declared independence: “My family and my childhood best friend’s family celebrated it together. We went to their house, made lots of food and we all were very happy and excited because after all these years, we were free.”

Many people remember being in a state of euphoria that day. The lack of planning resulted in large swathes of people leaving their homes and taking to their local city centres to celebrate. 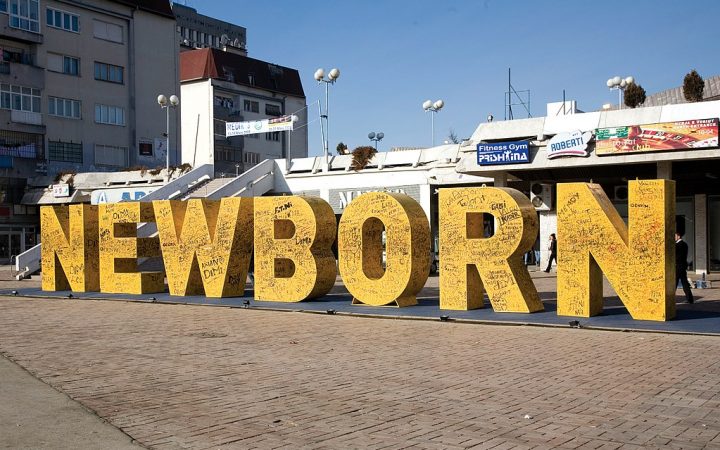 I was just 12 years-old and living in London when Kosovo declared independence. My parents had heard of a small, informal gathering of Kosovars in Trafalgar Square celebrating this day. My parents took me and my younger brother to take part in the festivities.

It was not as small as we expected. Trafalgar Square was packed full of Kosovar Albanians, celebrating and eager to share with passers-by our good news; Kosovo was finally free.

For those of us born in the U.K. who had not experienced the war, we could not fully understand the significance of the day, only that it made our parents really happy, the people who left their homes not knowing if they’d ever return or if there is anything to return to.

Tixha, 17, is originally from Prizren, Kosovo, is a part of the Kosovar diaspora in England. Her memories of the day independence was declared are similar to Agnetë’s. “I was seven years-old when Kosovo declared independence, I remember my family being very happy, playing Albanian music, calling our whole family, eating Albanian food and watching it all happen on TV.”

For many Kosovars, February 17, 2008, will be remembered as the most important day of our country’s history, a new beginning for our people.

This year Kosovo celebrated 10 years of independence around the country in festivities that lasted two days.

Highlights included The Cinematographic Center of Kosovo screening award-winning Kosovo films free of charge. Dren Zherka’s Eho and Visar Morina’s Babai were two of the films shown, showcasing some of the best cinematic talents Kosovo has to offer.

On the morning of the anniversary, the Shota Dance Ensemble performed on the Mother Teresa Boulevard, followed by an aerial parade with parachutists.

The main event was held at a concert in Prishtina, lead by the Kosovo-born singer Rita Ora. A year later Ora’s family escaped the rising conflicts in the region. 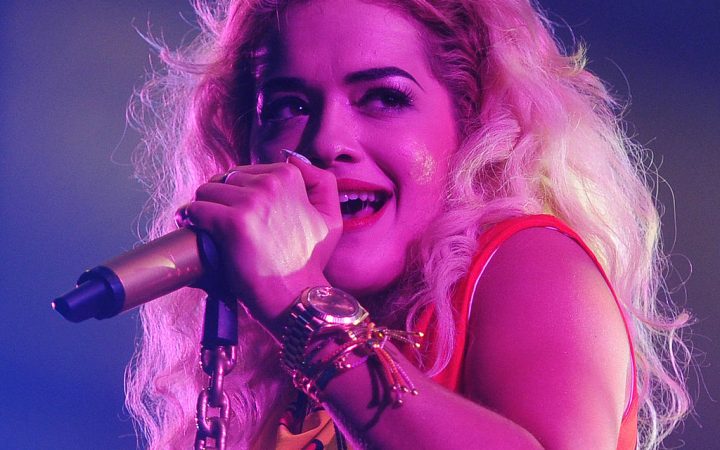 The singer performed a free a concert to celebrate Independence Day. The last time she performed in Pristina was seven years ago in 2012 while shooting the music video for her single Shine Ya Light.

She is seen as one of the best examples of Kosovo’s artistic talent. In 2015 she was named an honorary ambassador for the country by the former president, Atifete Jahjaga.

It is believed that the concert attracted an estimated 300,000 people, a figure made all the more impressive,  when Kosovo’s total population is only around 1.8 million – over 15 per cent of the population turned up to watch her perform. The rest tuned in and watched the performance from their homes.

A day later, on February 18, Kosovo Police and Security forces performed a celebratory march beginning on Mother Teresa Boulevard and ending in Zahir Pajaziti Square. It was a show of the country’s strength and solidarity. For many, the day was celebrated at home amongst family and friends. But today there is a certain sense of disillusionment amongst the people of Kosovo. They expected more out of independence and feel let down by their politicians, who are now largely perceived as corrupt.

For Tixha, political change is needed: “I would like for the political situation in Kosovo to improve, we have very corrupt politicians which has unfortunately caused high rates of unemployment. I hope that Kosovo has future leaders who care about building a country and improving the economic situation and opportunities for young people.”

Unemployment is a big concern for the country as 30 per cent of its 1.8 million people are unemployed.

Agnetë shares Tixha’s hope for political change, she believes the current government are guilty of “ruining” Kosovo. She feels strongly that the youth should receive more support, “I hope the youth have more opportunities to be who they want to be.”

Young people are a major concern for the country, it is Europe’s youngest country in more ways than one, with the average age in Kosovo being 27.8, lower than any other European nation.

So, it is worrying that Kosovo remains the only country in Europe without visa liberalisation, making it almost impossible for its people to travel. It has left the country feeling isolated and shut out from the rest of the world.

Things aren’t perfect, there’s a lot of work the goverment has to do and people have a right to be disappointed with the political and economic situation. However, we have so much to be proud of and celebrate.

Kosovo has the highest economic growth rate in the region and one of the highest in Europe, so although the economic situation is less than ideal now, it has a lot of potential.

Kosovo’s best ambassadors include Judo Olympic Gold medallist Majlinda Kelmendi, footballers such as Granit Xhaka and Xherdan Shaqiri (who play for Arsenal and Stoke City respectively). Also singers such as Dua Lipa and Rita Ora in the UK, and Bebe Rexha in the US.

Young Kosovars are making big names for themselves in various industries, showing there is a place for us on the international stage. We know that our dreams, however big, are possible because we have seen others who share our history achieve incredible things.

A lot has been achieved in the last 10 years and in 10 years who knows?