Deliveroo has been under fire in recent months due to protests from unhappy workers. Couriers are demanding their status to be altered from self-employed to employees of Deliveroo, as they feel they are treated inadequately. They argue the company uses this status as a scapegoat, shirking their responsibility and compromising their workers’ rights.

The couriers’ struggles once again brings issues around the gig economy to the attention of the public. Zero hour contracts have become recognisable in the UK as an insecure employment with an imbalance of power, the flexibility of the job somehow justifying mistreatment.

This issue has become so prevalent that the Work and Pensions select committee and the Business, Energy and Industrial Strategy (BEIS) have begun drafting legislation that could close the legal loopholes that are allowing gig economy employers to underpay and mistreat their workers. The report stated that:

“The expansion of self-employment and business models built around flexible work on digital platforms promise positive opportunities for entrepreneurs, workers and consumers alike. But these changes also create confusion about the rights and entitlements of workers, and add to the potential for exploitation. Evidence tells us this exploitation is already occurring. This raises the important question of what changes to legal and regulatory frameworks are required to protect workers in the modern labour market”.

Working in the gig economy means you are recognised as self-employed. With this, you receive no pension contributions, sick pay, holiday entitlement or maternity leave. You are usually paid per job, not by the hour, in many cases working on-demand via an app, waiting around hoping to earn money.

With no income guaranteed, it’s harder to apply for mortgages and plan for the future. Within the gig economy, a prevalent issue is that with the flexibility comes uncertainty. Employers may not be sure how often their employees will work and so will hire more than is necessary to be certain people will be filling the shifts. This leads to competition over shifts and many workers not getting enough hours or deliveries. It also leads to workers treated as numbers and not as human beings.

In terms of mistreatment and low pay, it is easy for employers to exploit workers who aren’t permanent. The turnover is huge, workers come and go. A more sensible attitude would be to treat workers better so that they stay longer and loyal, but this would mean higher wages and workers benefits. A report by the National Centre for Social Research (NatCen) has revealed that 25% of those working in the gig economy were earning less than £7.50 per hour and 21 per cent of these were working in food courier services. 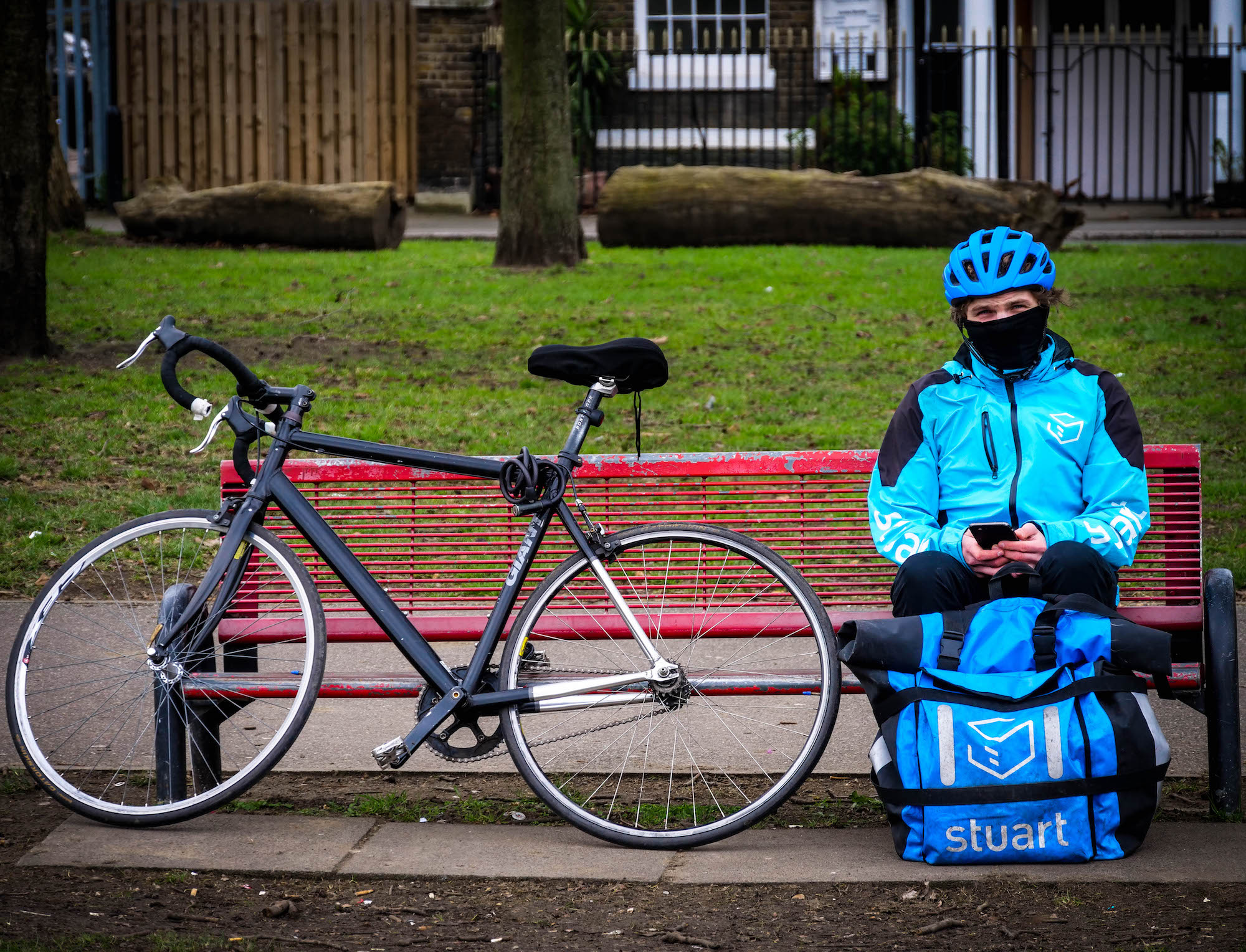 Deliveroo couriers had protested earlier this year for better pay and continued to strike for their work status in August 2017. Currently, they are paid £3.75 per drop. Workers have to compete for slots and deliveries and aren’t guaranteed the minimum wage. Drivers had taken bosses to court in November 2017 but lost their right to be classed as workers.

The Green party leader, Natalie Bennett has spoken out on the issue following strikes: “This strike highlights that while the ‘gig economy’ means cheaper and more convenient services for customers, it all too often relies on, and facilitates, the exploitation of workers.”

Is it necessary for extremely profitable courier businesses to exploit its cyclists? Deliveroo earns its revenue by charging restaurants a commission fee, as well as by charging customers a fee per order; they earned £129 million last year and are continuing to expand.

With so much publicity and criticism, the company still resist the status change. Deliveroo wouldn’t give Artefact a statement on why they are so keen on keeping this status. Other companies face similar complaints from workers over pay, such as Uber Eats whos workers joined in on Deliveroo protests as well as hosting their own rallies in previous years.

There is one company, however, that is quietly dominating the workers’ welfare front in courier drivers. Stuart is a French company with investments from a prominent logistical company, Le Groupe Le Poste. They have a fleet of happy, well paid workers and still manage to grow and profit.

A challenge many food courier companies face is that their busy times are constrained to lunch and dinner times, Stuart however, offers to deliver almost anything, including flowers, clothes, eggs. This means they reach a larger audience and don’t have to depend on set busy periods with a steady stream of orders all day.

Their workers, known as ‘Stuwies’, are paid £8.00 an hour or if they choose to work off-slot, or £4.50 per delivery. Stuart also offers numerous incentives on top of the hourly rate that when added up can come to £12 an hour or more. Cyclists on average can earn £700 a week for seven days’ work, with bonuses.

Jerome Flint, the operations executive at Stuart, has said they pride themselves on their sense of family and community and understand that in order for their company to flourish, they need long-term happy workers. They have weekly Wednesday meetings where they can receive feedback from any Stuwies who have issues or suggestions. They host events/parties, use group chats, have areas where Stuwies can meet up when waiting around on shift, office support when you’re working, and a cycling captain.

Flint told Artefact, “Everyone is trying to scale at a pace and sometimes its difficult to manage that, as companies move away to only per drop, obviously there’s no cost for them to have more riders out on the street because they don’t pay if you’re not working and the challenge with that is riders are out over 10 hours getting fewer jobs and their average works out less than minimum wage (…) that’s something that we don’t think is great at Stuart.”

Stuart cyclist Laurynas Misevicius has worked for numerous courier companies and told Artefact, “I love working at Stuart because it’s so flexible and the pay is really good. The bad thing about other companies is they’re over-staffed (…) most of the time you don’t get paid what you want, depending on the demand.”

The company isn’t perfect but its attitude towards its cyclists has proven successful all round and demonstrates just how effectively the gig economy can work providing they strive for fairness and trust over profit. Deliveroo riders lost their battle against bosses to win worker status. Reform of the gig economy may be more effective than lengthy legal battles and with support such as the possible BEIS legislation, the future is promising.