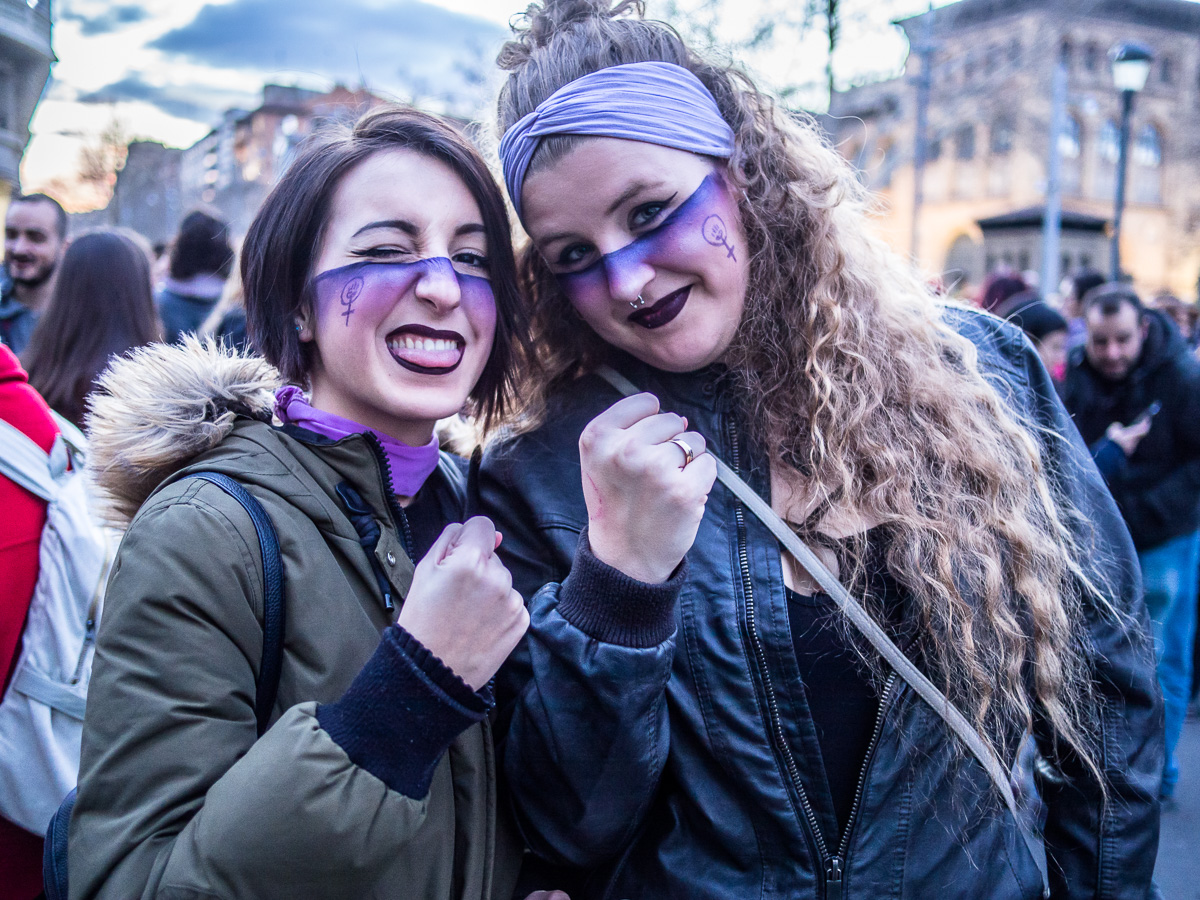 According to El Pais, 82% of Spaniards support this feminist strike. They believe that there are enough reasons to call a protest against the discrimination suffered by women.

The protests seek to denounce gender violence and the visibility of the structural inequality that half the society suffers in all areas. At work, there is the wage gap, the greater precariousness and the glass ceiling that blocks women’s ascent to positions of power; at home, women overwhelmingly assume domestic tasks and care for relatives. 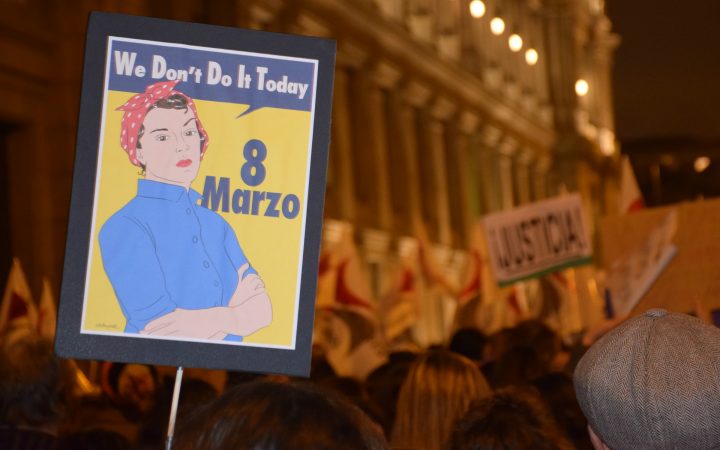 Protests have taken place in Madrid, Barcelona, Seville and Bilbao, whereas a number of other cities are leading events in 200 Spanish locations. Women have joined street massive marches across Spain, shouting “if we stop, the world stops.”

Artefact meets Bea Rubio and Marta Valverde, two women who attended the protests in different cities in Spain and who are very involved in this cause.

Rubio, 28, attended the strike in Seville. Her reason to go to the strike was as a gesture against the inequalities and injustices that exist in Spain only for being a woman. The 24-hour break is basically against that injustice. “The sexist violence, the ingrained roles that women have to play, just for the fact of being a woman. Gender violence and also street violence make us feel insecure and that is completely unfair,” Rubio seriously adds.

The mass strikes in Spain were extremely successful and featured in international media outlets. “At the strike there were men, women and children, whole families” she says with a happy voice tone, explaining that one of the things that will change and that has already changed is the support of all the people who went out to the streets. “This represents that many thoughts of women themselves are changing, and therefore thoughts in the society” she states.

Rubio thinks that recognising the problem and accepting it is essential for the change. “At this strike we make a call for effective measures” she explains. Equality of salaries between men and women for people who perform the same job. “There are measures that already exist in other countries and that we need in Spain as soon as possible” Rubio argues.

However, Rubio’s mother is a paradoxical example: As a domestic worker who has been dedicated to the family house for over thirty years, she was not going to stop doing her work for the strike. “My mum thought that she did not have to stop working as she receives an emotional remuneration in return and she believes that she does it freely. But the fact that she did not strike and gave up her right to decide, from my point of view, responds to an unjust gender role, and even a concept of the fallacy of free choice,” she explains. 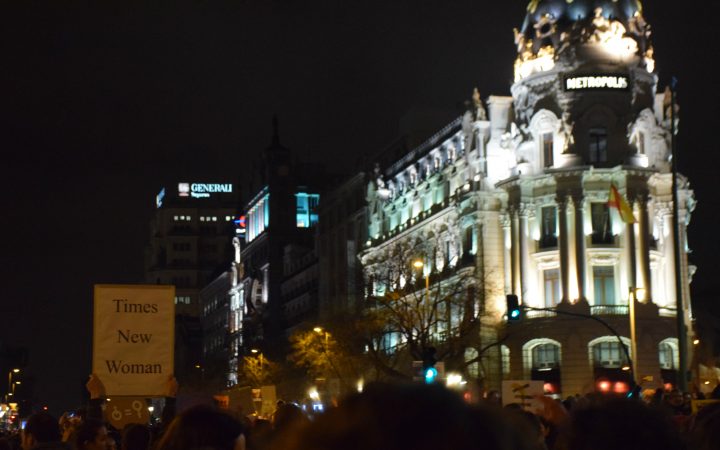 Mariano Rajoy, the president of the Spanish government and leader of Partido Popular (PP) did not support the strike, generating a lot of controversy in the Spanish society. However, after the success of the strike, his speech as well as the speeches of other right-wing politicians have been gradually changing during the past days.

According to Eurostat Statistic Explained, women in Spain are paid 13% less than men and even 19% less in the public sectors.

Marta Valverde, 25, tells Artefact about her experience the past 8th March in Madrid. Both Valverde and Rubio joined the 24-hour strike. “It is not just a labour strike, it is a strike in which women stop everything; the motor of consumption, labour, and even at the domestic level. I know that in Madrid they set up minimum service points to leave children and elderly people at this place where they can give them attention during the strike-day,” Valverde explains.

Her reason for the strike is clear; Valverde is against all the injustices that women live day to day. “If we stop, we can stop everything. The inferiority is real with respect to men. The wage gap, gender violence and all the situations that a woman can live day to day for the simple fact of being a woman,” she adds.

The attendance of the Spanish strikes has undoubtedly been successful, but we must wait to see some response, and real consequences.

The strikes were celebrated across the entire world, demanding that we need to abandon the hypocrisy of holding speeches or actions favourable to equality, but that they are never fulfilled or that they innocently embody themselves in patriarchal and sexist societies. The strikes claim that we expand and improve our laws and make our democracies as an effective platform to build and guarantee rights.