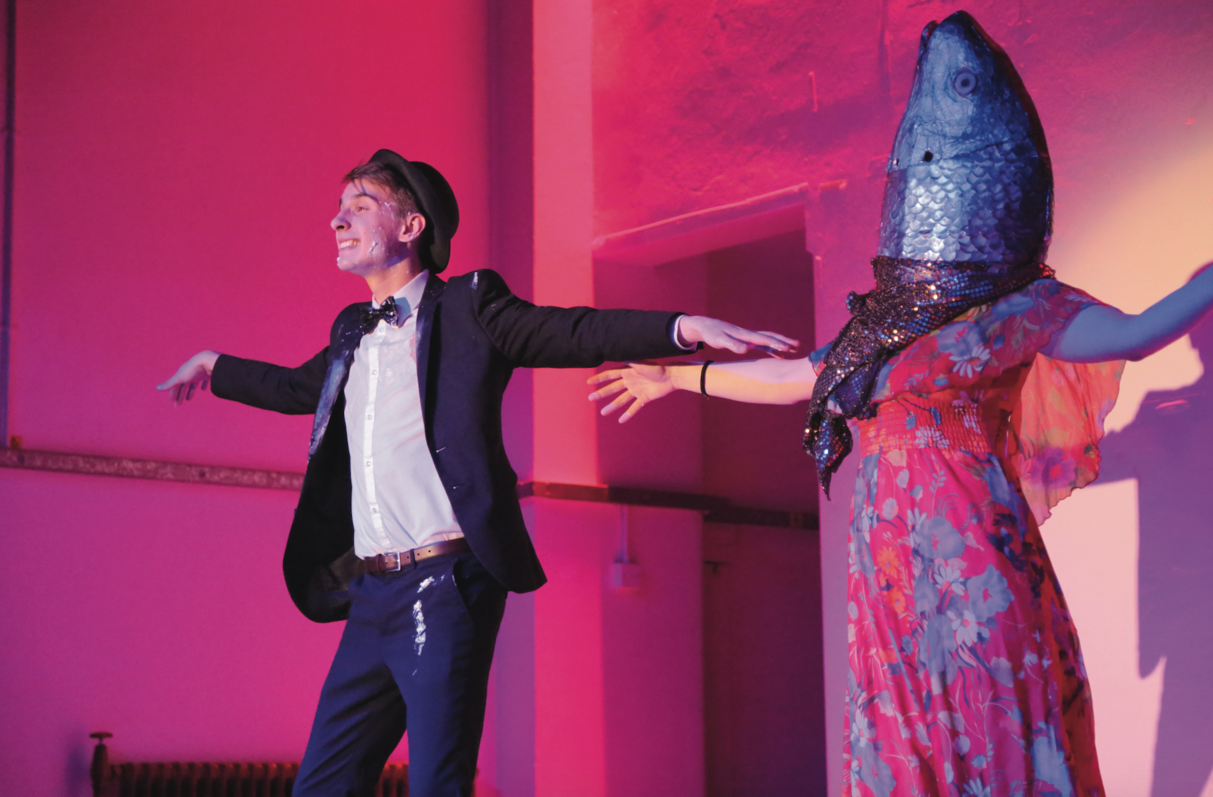 The Posh Club is a weekly social club for older people styled as a 1940s glamour afternoon tea party.

The social club started out in Hackney by the arts enterprise, homo-social honky-tonk and performance club Duckie.

Following the success of the events, it expanded to five locations all glammed up and full with performers from all ends of the sexuality spectrum, keeping the LGBTQ community in the spotlight and bringing communities together all while putting a smile on 100 elder attendees each week.

Here is our chat with Simon Casson, creator and founder of Duckie. 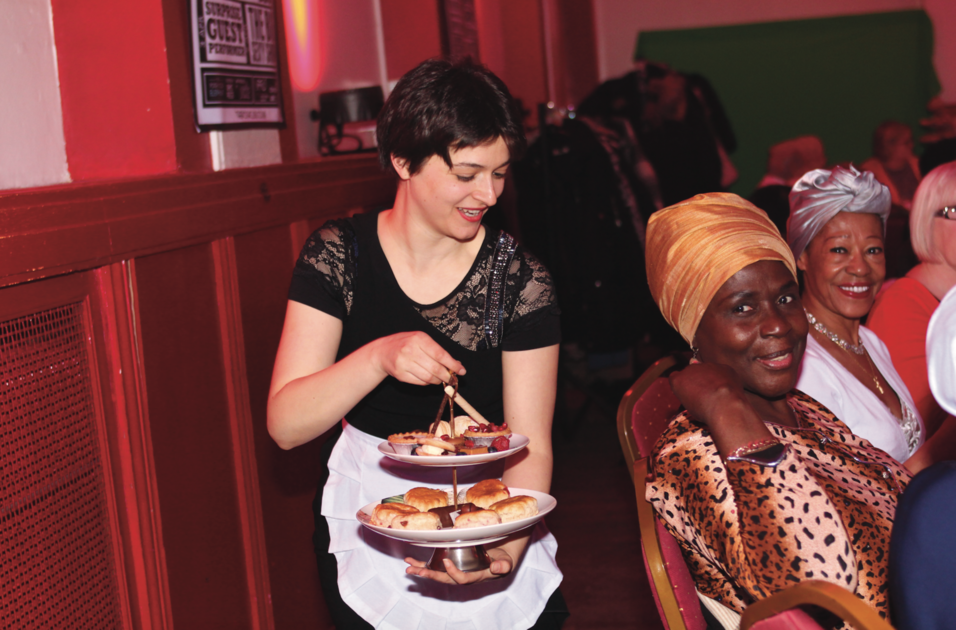 When and why did you start the Posh Club? What sentimental value does it represent to you?

Me and my sister Annie started in about 5 years ago for my Mum who was 84 and had moved from Hackney in London to Crawley, where there was a lack of social activities for older people.  We wanted to give her and her new Crawley mates something glamorous to do.  My Mum passed away a year or so later but The Posh Club lives on in her honour.

It turned from a one-time event for your mom to an expansion to five clubs, why do you think such an event worked so well in different places?

Each new Posh Club takes on the identity of the local community that it is set in as it is a collaboration between us, Duckie and the local people who come.  For instance, in Hackney, it’s very urban mix of old Hackney – Caribbean, African, Asian – and in Brighton we are hoping it will be quite LGBT.

How does creating the Posh Club differentiate and resembles your creations at Duckie?

The Posh Club is much more respectable than Duckie. Duckie is wilder and the people who come are not as fancily dressed.

How do you choose the performers for each week?

I have a very full little black book with the names and numbers of hundreds of performers – from burlesque artistes to ballerinas to opera singers, to hula hoopers to drag queens.

What are your plans for the future of the Posh Club?

We want to roll it out over the country and have a Posh Club in every town, funded by the NHS.

How do you keep the LGBT essence of Duckie in each Posh Club created?

Without making a big deal about it our queerness infiltrates the centre of all of Duckie’s projects.  Benders 4EVA innit? 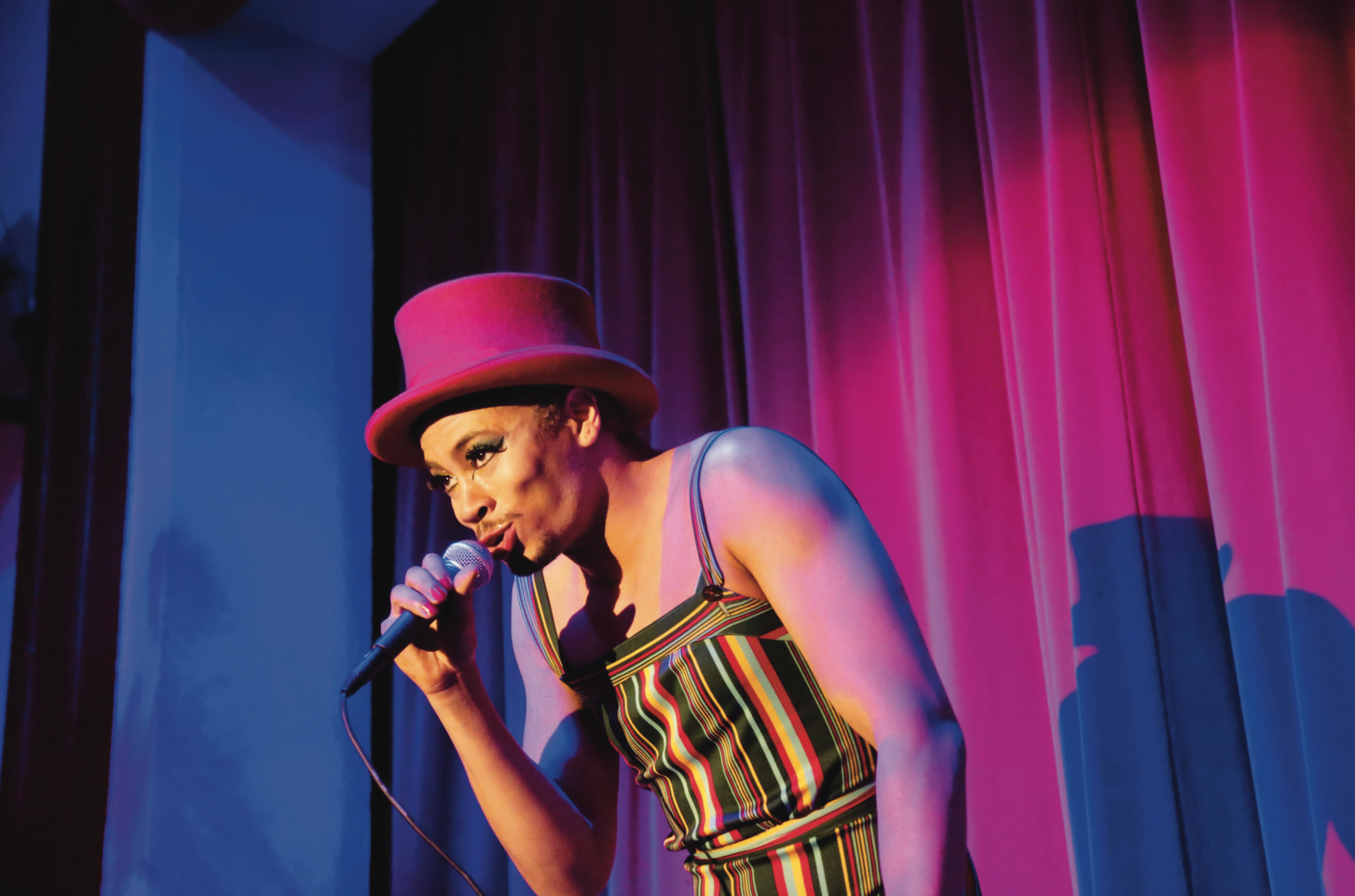 You have mentioned that you were hoping that in the venue at Brighton it would be quite LGBT, how would that be?

Hmm.  It didn’t work out like that in the end.  The LGBTQ peeps we approached wanted the event to be LGBTQ exclusive, which is not our style. So the Brighton Posh Club is only about 20% LGBTQ  in terms of punters, but the volunteers are probably 80% LGBTQ – that’s Brighton babes.

Is there something that you can change in the organization or set-up of the Posh Club in Brighton that would make it a more reflective club on Duckie and what it is all about?

The venue Ralli Hall is in a middle class area in Hove actually, but we bus all our people in from other more working class areas – the enclaves of Hangleton, Whitehawk and Mouslecomb.

Do your choice of performers change from one Posh Club venue to the other?

Yes.  It’s ‘Progressive Working Class Entertainment’ – music, comedy and dance – but some of the five venues are more open minded to experimentation than others. Some just want a knees-up – no questions asked – and some want a bit of artistic examination.

Have you ever had any complaints or concerns from the attendees about the identity or sexuality of the performers?

The Hackney Black Afro-Caribbean Christian people that come to the club in Hackney are SO surprisingly open minded and queer friendly. It’s all very post modern, like how Jacques Deriida explained. The opposite of all we were taught is true. Or maybe Hackney is just so left wing that this message of acceptance has been embedded in the older black community.

Have the performances at the Posh Club always been a little risqué?

In Hackney or Elepant & Castle yes, in Crawley No.  The working class audience are either very liberal (Hackney, Elephant) or very conservative (Crawley), depending on the area.

Do you perceive that the attendees of the Posh Club are pro LGBT rights?

In London, yes.  In the sticks, slowly.

What is your main message to the people attending the Posh Club?