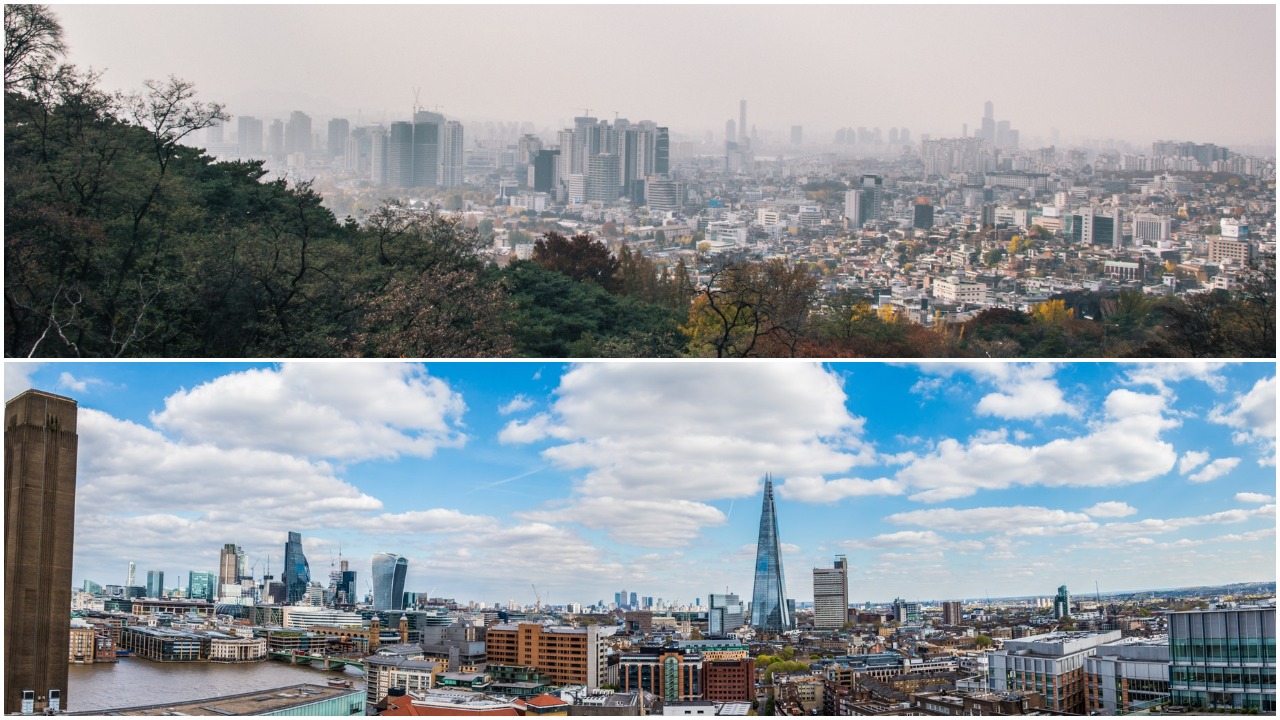 “My first love and passion has always been history, there is very little difference between the historian and the journalist.”

Hidden within the crowded streets, numerous takeaways and run-down bars scattered across the London boroughs, are the stories that people tell. From the overflowing stations such as Kings Cross St Pancras and Euston, most commuters begin their journeys for the day. Camden is one of the tourist-filled boroughs, the complete opposite to many other areas in London. Upon the alcohol-soaked floors of the local late-night pubs, you can find a variety of unique individuals.

Sitting at the bar in The Elephant’s Head was Richard Caldeira, formerly a journalist from South Africa, Richard, or Ricky for short, was enjoying a night out with friends but was eager to start up a conversation. The happy drunks around us danced to Madness as the sound of Baggy Trousers echoed around the room. Ready to tell his story, he spoke of his life as a journalist from South Africa, as those around listened attentively.

His descent into, “professional purgatory,” began in 2004. Starting off like many of us, Ricky had no idea of which direction to take in his life. As a self-described idealist, he turned to one philosophy: “Study those subjects for which you have a burning passion and you’ll never have to work another day in your life.” 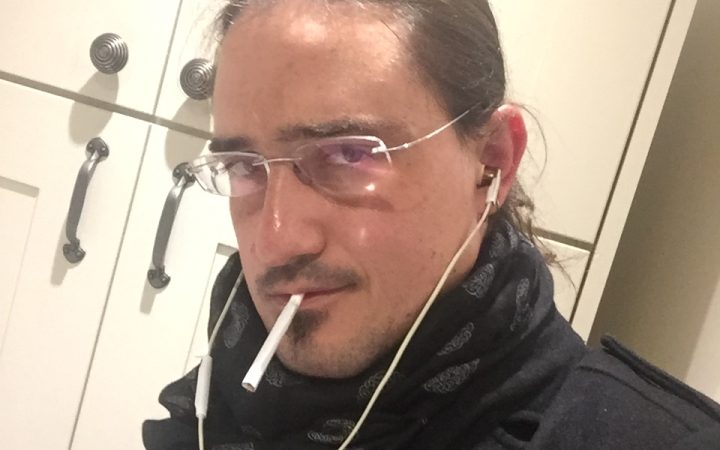 This led to an almost obsessive interest in news and current affairs, spending hours on end soaking up all the knowledge he could from multiple news outlets. Ricky studied at the University of Pretoria in 2006, gaining his first commission as a music journalist for his university publication, Perdeby.

Having close contacts in the music scene, he regarded this opportunity as a match made in heaven, the experience turned him to other publications, upping his workload to triple the amount. “I’ll never forget being physically given a stack of albums to review by one of those editors whilst still lying in a hospital bed, recovering from an attack of my Crohn’s disease.”

Ricky’s most ambitious project while studying was his attempt to establish a new music-based arts magazine, The Commoner. “The idea was to produce our own platform with which to shine a light on arts and youth culture in the city and by doing so, stimulate further growth. Not only was The Commoner founded by my friends and me, but it was personally financed by us as well.”

His team threw launch parties in attempts to finance their work, however, the lack of serious advertising saw the publication fall apart before it had time to flourish. “Sadly, while the parties briefly became famous and wove us into local folklore for 10 minutes, we were not able to secure enough serious advertisements and therefore income for the project to survive too long.”

His first trip to the UK came in 2009, looking for a fresh start, “If I could sum up the year before I came, horrendous break-up and nervous breakdown would be a good start.” Searching for a way to really kickstart his journalistic career, Ricky managed to secure an unpaid internship at The Financial Times Weekend Magazine. “Fuck knows how!”

“I’ll never forget being physically given a stack of albums to review by one of those editors whilst still lying in a hospital bed, recovering from an attack of my Crohn’s disease.”

He had won the internship due to his self-described, “gonzo style of writing”. However, after spending a year in the UK with relatively little-to-no income, the reality of his economic situation hit harder than imagined, forcing him back to South Africa. This situation did not improve after moving back, stating the lack of job opportunities back home.

“Reality though is a bitch and, having returned in 2010, I discovered that open positions in journalism were a near extinct species.” Pushing himself to work for the family business, in order to retain some semblance of an adult life, he discovered the harsh realities involved when working with those you love.

Luckily, he got out of this situation, thanks to a friend he had met while studying. This later led to a job offer in 2011 from Brooke Pattrick Publications, a South African publisher with numerous business and trade magazines. “Not glamorous, but it was a job and, more importantly, a job necessitating writing.”

At this point in our conversation, the bar in Camden was only getting busier. As the night went on, it became a lot harder to talk, so we took the conversation outside. We only spoke for a while longer, as we waited for the late night London buses to arrive, continuing our later conversations over email. However, some stories he told before the night ended really put our lives here, in the safety of the UK, in perspective. Something he mentioned little of late, was an experience he had at one point in his life living within South Africa.

Nobody can imagine what it’s truly like to be kidnapped unless they’ve lived it. We didn’t speak much on the topic, he just considered himself lucky to even be here right now. In this twisted world we live in, you could be living your dream until it all spirals out of control and you find yourself in a life or death situation. With a gun to your head, do you accept what comes next, or call them on their bullshit. “The reason I’m still here is because I called their bluff.”

“I prefer to be a historian as most of the people I’d need to interview are already dead.”

He painted a picture of a broken South Africa, whether through his own experiences or others. “Thanks to Apartheid, the clear majority of South Africans are not only desperately poor, but they’re unskilled as well.” He went on to talk at length about the state of the country, referring to problems involving the state government and racism itself. “As you know, the country was only freed from the horrors of state-sponsored racism in 1994.”

Feeling lost in a country so divided and in need of change, he looked to the future. After leaving his job at Brooke Pattrick Publications, he left the world of journalism for good to pursue something new. However, his health started to worsen, which put a damper on his plans. He thrived on the rush of adrenaline that came with being a journalist and trying to meet deadlines, but that same rush was harming him. “I also have an autoimmune condition, called Ulcerative Colitis or Crohn’s Disease, depending on which doctor you talk to, and it had begun to cause me serious problems,” he told us. Despite the excitement he felt within the profession, the stress was getting to him, forcing him out in order to save his life: “Put bluntly, the stress of the job was killing me and so I had to quit.”

To say his next move would be unique is an understatement. Not many would decide to follow the path of studying the likes of demonology, angelology, and medieval magic, but history was his particular passion, and he acknowledged the similarities and differences between this path and journalism, “My first love and passion has always been history, there is very little difference between the historian and the journalist. I prefer to be a historian as most of the people I’d need to interview are already dead.”

Realising that dead men tell more tales then they let on, Ricky dived head first into the world of the Crusades, backed by his passion for history. The Reconquista period of history was a specific focus of his early studies. This period of crusades and war held a special place in his heart, due to the tales he heard from his grandmother. “Why medieval history? My maternal grandmother really. She also loved history and really encouraged it in me. She happened to live in Portugal and would regale me with tales of the Reconquista and founding of the nation,” he explained. The period itself lasted from 722 AD to January 2nd 1492, and focused on the crusades between the Christian and Muslim kingdoms, focused on the Iberian Peninsula (now Spain and Portugal).

While South Africa was still lacking in opportunities, England came calling once again. Being overworked and underpaid in a fairly toxic environment pushed him away from the journalism life, but led him towards studying medieval history at Cambridge University in 2014. “As you can imagine, I accepted immediately and found myself there at the end of September 2014. The rest, as they say, was history.”

While his first year saw him focus on topics involving England and Portugal during the Crusades, his second saw him delve into the world of the supernatural, focusing on demonology, magic and medieval ghost stories. These studies eventually led him to write a book on demonology.

The book, while fictional, uses what he’s learnt over the years to build a solid concept that makes use of actual myths and legends to construct a narrative that is both educational and entertaining to audiences. When describing this undertaking, he compares it to other known writers’ work, “Think Anne Rice, Aliette de Bodard and any other number of supernatural fiction authors, and no, absolutely NOT Twilight.”

Writing a fictional novel is something very new to him, as a former journalist who is used to writing about reality, this new scenario has brought to light with something he refers to as ‘Impostor Syndrome’, which makes a person doubt their own abilities or lack confidence in what they do.

Ricky hopes for success on this book, which would surely be life-changing. His dream has been to work in this field, and despite his struggles through life, he’d managed to achieve that.

We had reached the end of our wait outside, the night grew darker, but the streets were still as busy as ever. At almost 2:00am, the cold breeze of winter crept down our spines, while many around smoked and drank the time away.

As the buses approached, Ricky left with a final thought, “This last point is important, not just for me, but to everybody, as without dreams then what are we? Mindless automatons who literally shuffle through life via routine and feel only tedium? Or are we more, the sum of everything we wish to be and the drive that spurs us forward in our quest to improve our lives and by doing so, others as well? I’d like to hope it’s the latter for without dreams we are nothing.”