Plastic surgery in the ‘snap’ generation 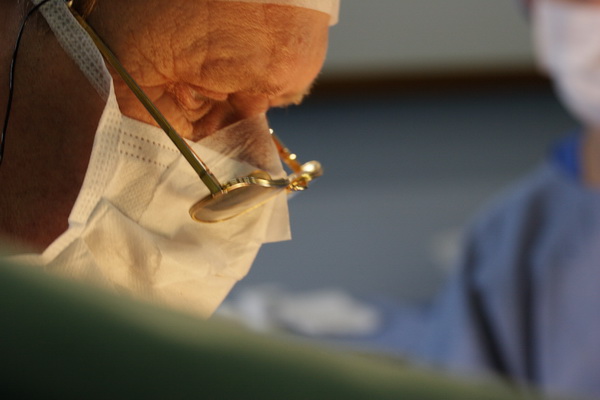 “People always told me not to get it done, but when I did, they understood.”

Since the age of 13, Jade Toy had known she wanted plastic surgery on her nose. In 2017, after years of consideration and persuading her parents, Jade underwent a rhinoplasty surgery. Her first choice was to get lip fillers in an attempt to even out her profile, unfortunately, this didn’t give Jade the look she was hoping for.

She decided the only option was to go through with a much riskier and permanent surgery to correct the shape of her nose. “I got mine done in Switzerland and I looked at the best surgeons in the world, because I knew that for my case it was going to be complicated.” After getting the surgery Jade tells us that she was happy with the results and would do it again. For now, she says this is all the surgery she plans to get.

The noughties saw an emergence of celebs with a fondness for plastic surgery and other cosmetic procedures. Most notably, reality TV star Katie Price and former member of Atomic Kitten, Kerry Katona, whose excessive surgery received scrutiny from the tabloid press almost every other week.

A tweet in 2016, commenting on plastic surgery [Twitter:Katie Price]

In recent years, we have seen a more positive representation of plastic surgery in mainstream media. TV personalities like Katie Piper are quite literally “changing the face” of plastic surgery. An emotional Channel Four documentary looked at how Katie’s life changed following an acid attack and the numerous cosmetic surgeries that helped restore her confidence.

In an increasingly social world, Instagram influencers have begun to be more open with their operations. For instance, @plasticandproud who has amassed a following of 71,000 people, regularly shares videos of her procedures. So, are attitudes really changing and is plastic surgery a good thing?

“I think some people take it a bit far and I think that social media and filters on Snapchat, especially on younger audiences can be quite damaging,” Jade tells us. Despite having her own surgery, she realises that moderation and careful consideration should be taken before deciding to go through with a permanent procedure.

The emergence of Instagram stories in 2016 meant that millions of users began creating their own content and ultimately, selfies. Many of us like the way Snapchat and Instagram filters make us look. So much so that a user’s entire feed can be filtered selfies.

This enhanced version of ourselves online, that doesn’t exist in the real world. Instagram’s version of reality may have led us to want to bring our enhanced selves into the real world. Surgery provides this option at an increasingly affordable price. 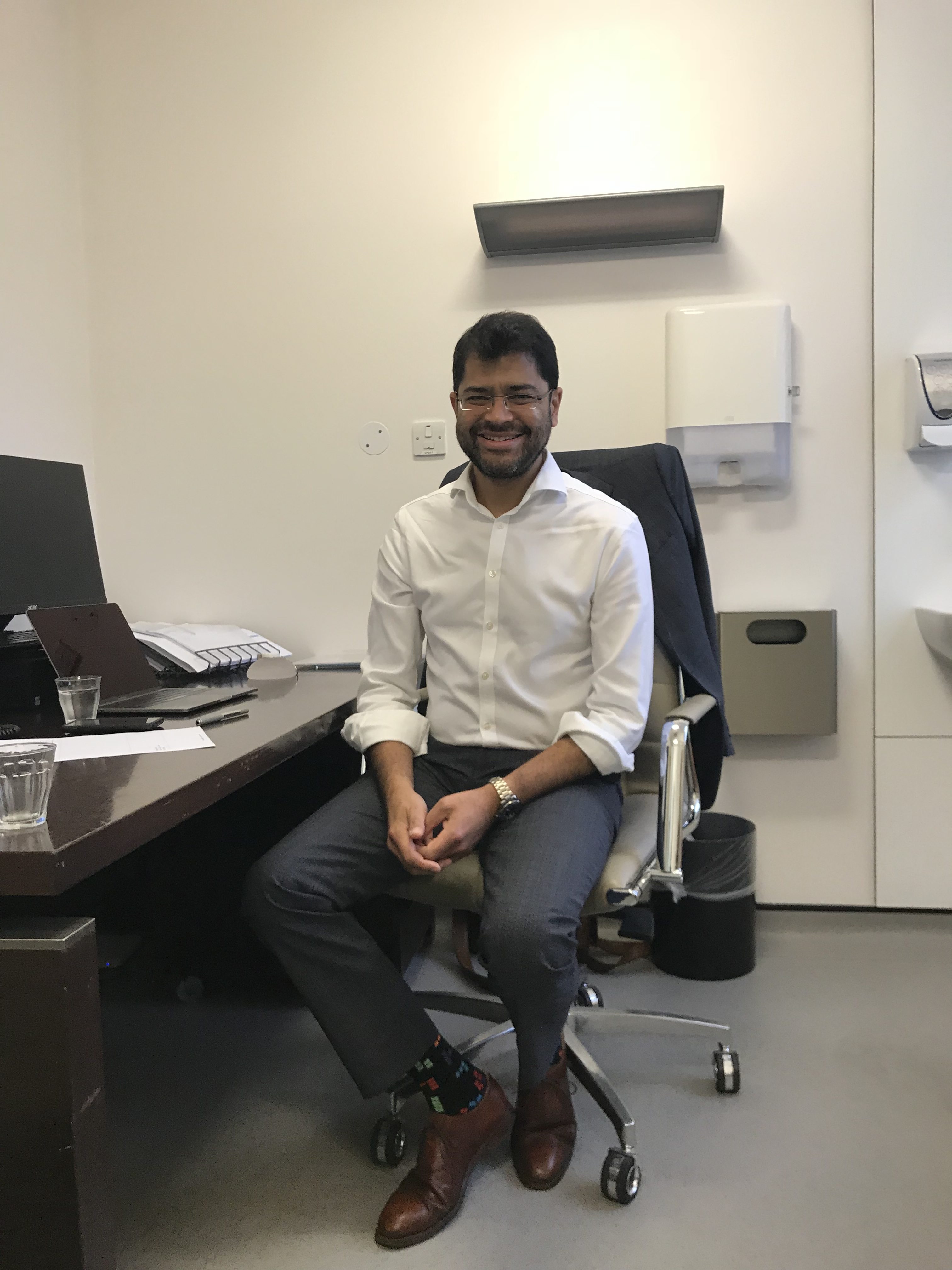 In order to get a better insight into the world of plastic surgery, Artefact spoke to cosmetic surgeon Dr Naveen Cavale at his London office in the Cadogan Clinic. He tells us that he believes that social media is a good thing for plastic surgery “I use social media to make people aware of the risks and the upsides and people are starting to listen to that now. People want to go with a proper plastic surgeon who is safe and ethical.” Naveen is one of many surgeons who have taken to social media to promote their business whilst educating consumers and other practitioners in the industry.

Jade confirmed this view: “I think it’s something that should be thought through for many years, I don’t think it’s something that should be taken lightly. My surgeon told me that one-in-three people do get some abnormalities when it comes to healing.” The competitive environment to “be the best” that social media has created may be a positive outcome for the plastic surgery industry. Consumers are able to shop around and the overall quality of cosmetic procedures must be raised to meet customer’s demands.

Much like the fashion industry, popular surgeries come and go in trends, often influenced by high profile celebrities, namely the Kardashian family and successful artists like Iggy Azalea. This raises questions for individuals who undergo cosmetic procedures only to find it is no longer fashionable or current.

In 2015 the Kylie Jenner lip challenge went viral – it involved sucking a bottle whilst pouting in order to achieve larger lips, similar to those of the reality television personality. Although this challenge didn’t involve physical surgery, it still sparked controversy as many young people, both male and female attempted it.

The Washington Post was one of many news outlets that reported on the trend, with the headline “Kylie Jenner Lip Challenge: The dangers of plumping that pout.” Jenner released a statement via Twitter stating: “I’m not here to try and encourage people/young girls to look like me or to think this is the way they should look.”

The NHS website tells us that lip fillers in the UK can be bought for as little as £300, at this price, it’s no surprise that young women like Jade are choosing the treatment as an affordable way to improve their appearance.

Fast forward to 2018 and Kylie Jenner has removed her lip fillers, much to the delight of her fans. With 117 million followers, Kylie Jenner is the seventh most-followed account on Instagram and her aesthetic choices have global implications for beauty trends. 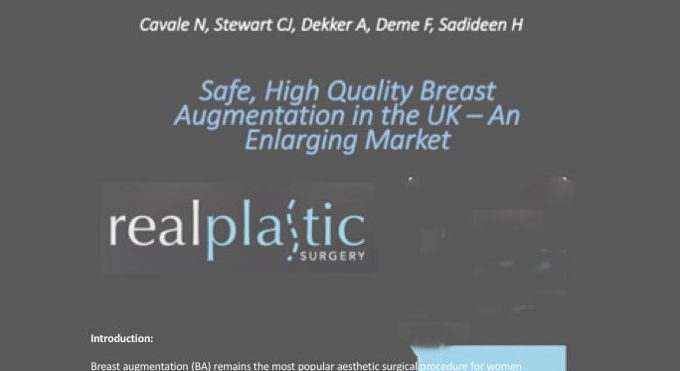 But what about the trends here in the UK? The final of the reality TV show Love Island was watched by 36 million viewers around the world. Recent YouGov studies revealed that one-in-ten women who watch Love Island considered breast surgery. However, Dr Cavale told us: “I haven’t seen a whole rush of people coming to see me after watching Love Island.” Whilst more people are considering a change, this may not be representative of the actual number of people getting surgery.

“Breast enlargement has always been popular and it’s steadily increasing in popularity. More and more people are having it because it’s becoming more affordable, it’s becoming a bit less taboo,” Dr Cavale added.

A study carried out by Real Plastic Surgery confirmed that breast augmentation remains the most popular surgery for women in the UK. The report also found that the average age women were undergoing breast surgery in 2018 was 28, this challenges the stereotype that impressionable 18 year-olds are the largest category going under the knife.

Whilst operations aren’t perfect, it’s clear that consumers are more aware of the risks and dangers than they previously were. This can only be thanks to the increased conversation online and a more honest approach from surgeons.

Jade told us: “I would do it again if I had the choice.” The careful consideration before the surgery meant that she was happy with the outcome. For Jade, her operations have clearly had a positive impact on her life and her confidence. “My mum noticed that I would never want to be in pictures, I’d constantly delete them when she took them and wouldn’t let her post them,” Jade said.

Excessive plastic surgery that follows trends is perhaps what’s responsible for the look we’ve come to know as “botched.” However, in moderation, it can give people a new found confidence.