The Martyr: Who Is Hussain?

The climate was warm, and the sun was as bright as the shrine of Imam Hussain (a.s.)* as thousands of people marched from Najaf to Karbala in Iraq, in solidarity and peace. Meanwhile, hundreds of people also marched in London, from Marble Arch to Parliament Square on a day known as Arbaeen, which stands for justice and truth.

“Arbaeen is a strong procession to stand up and raise our voices against tyrants who commit crimes against humanity. I think Imam Hussain (a.s.) had this call for all of us to carry on his mission of humanity. During the procession, I felt like I had a strong voice and we everyone at the procession were an unbreakable unit,” said Saher Rizvi, who attended the Arbaeen procession in London.

Arbaeen stands for the number forty in Arabic and is the traditional period of mourning in Islam. The day marks forty days after the tenth day of the first Islamic month: Muharram. It is the day that the Prophet’s grandson and the third Shia Imam, Imam Hussain (a.s.) were martyred more than 1,300 years ago.

For many Muslims, Hussain is a symbol of social justice, because he and his army were killed fighting against corruption and tyranny that was brought about by the leader of the Umayyad dynasty, Yazid, in the seventh century.

Yazid was a corrupt and tyrannical leader who used to violate basic human rights against the people of that time. Yazid wanted Hussain to pledge his allegiance to him, but Hussain’s morals could not allow him to do something like that, and so refused, causing him and his army of 72 to be killed by the opposing side’s army of 30,000. 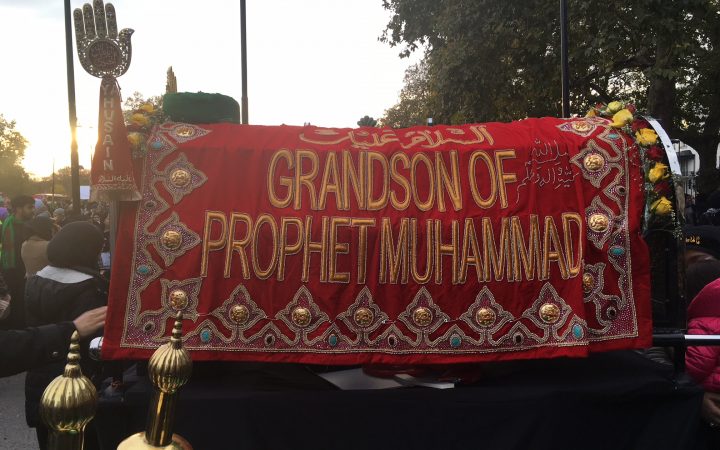 A sign referring to Imam Hussain (a.s.) at the Arbaeen 2018 procession

As a result, millions of Muslims pay homage to Hussain and what he did for Islam and the Muslim community by visiting his holy shrine each year in Iraq and other places around the world. Although Hussain was killed hundreds of years ago, his movement still lives on today.

The day he was killed, Hussain’s family who survived the tragedies of Karbala on the tenth of Muharram were held captive by Yazid and publicly humiliated and treated cruelly by crowds of people whilst they were in chains walking on the streets of Damascus and Kufa.  While being held captive, his family still spread what happened on the tenth of Muharram, and started the movement, by holding sermons in the places where they were disrespected, to spread his truth about fighting for what is right and what you believe in.

[pullquote align=”right”]“I have spent more than 20 years in prison, then one night I decided to surrender by signing all the terms and conditions of government. But suddenly I thought about Imam Hussain and Karbala movement and Imam Hussain gave me strength to stand for the right of freedom and liberation and I did.”
– Nelson Mandela[/pullquote]One woman who frequently visits Iraq every Arbaeen to do the 80km walk from Najaf to Karbala in remembrance of Hussain, and to pay tribute to his family is Narjis Jaffer, who lives in London, yet still goes to Karbala each year.

“I feel that it is my moral duty as a believer of justice to not only walk from Najaf to Karbala, but also pay my respects to the holy Imam. Since I retired only a few years ago, I feel obligated to go and do charity work, such as donating to orphans as well as doing the full 80km walk,” Narjis said.

Narjis also spoke about what Arbaeen means to her. She said that Muharram and Arbaeen are months of giving. During these months, Muslims and Shia Muslims, in particular, hold blood drives, and hand out lots of food and do acts of kindness.  She also said that she loves the atmosphere and the fact that whilst people are walking, there are always others handing out food and water and giving foot rubs.

The two main sects in Islam are the Sunni and the Shia. Sunni Muslims, the majority sect, believe that after Prophet Muhammad (Peace Be Upon Him) died, it was Abu Bakr who was the rightful successor after him, and they also believe in the caliphate. However, Shia Muslims believe that the Prophet’s cousin, Imam Ali Ibn Abi Talib (a.s.) was the rightful successor, and they believe in the Imamate, which consists of twelve Imams. 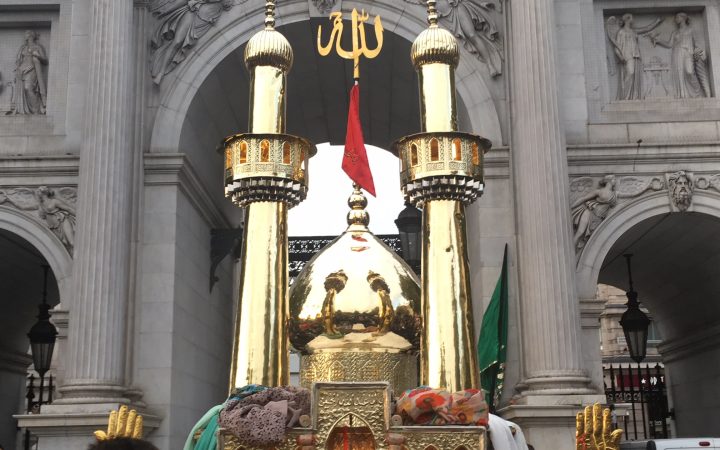 A sculpture which is supposed to represent Imam Hussain’s (a.s.) shrine

Narjis and many Muslims go to annual gatherings for the first ten days of Muharram to hear about what happened on the day Hussain died. These gatherings happen every year and are held in many countries in all different areas. Usually, Muslim mosques and communities  hold them, and each of the ten days is dedicated to one of Hussain’s most important companions, their lives and how they were killed fighting for what is right.

There is usually a scholar speaking about the events and tragedies which occurred as well as other messages they wish to convey. The gatherings can be very emotional since the details of what happened to Hussain and his companions are heart-wrenching. Although some Sunni Muslims know about what happened to Hussain, the gatherings are usually attended by Shia Muslims. Then there is a procession on the tenth of Muharram, as well as one forty days after.

Not only is there a march in Iraq, but there are also marches all over the world for people who cannot travel there. One of the places the procession takes place is in London. This procession has been taking place for the past thirty-seven years. There are also ones in Tooting and some smaller local ones for communities in other areas. 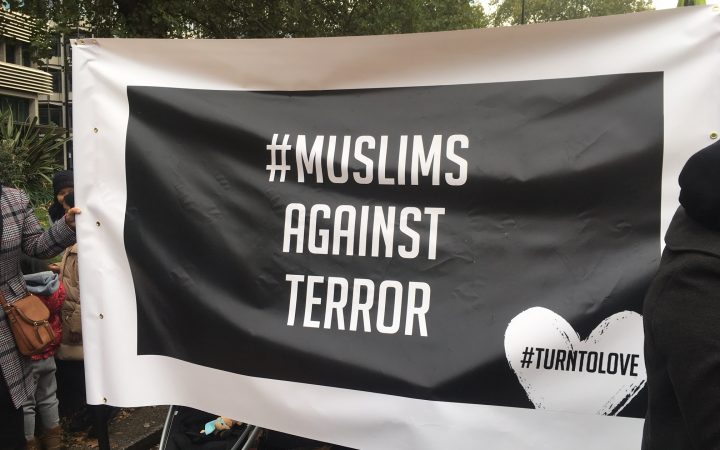 A sign at the Arbaeen procession in Marble Arch, London in 2018

In London, the wind was mellow, and the sky was thriving as the people gathered at Marble Arch were filled with energy ready for the procession. The event, which showed unity and solidarity, was filled with hundreds of people of all ethnicities walking together harmoniously for the same cause.

One of the attendees of the march in London, Syeda Iftikhar, said: “I have been a part of Arbaeen since I was a child, so for me it is important that I go and carry it on for further generations. It means a lot to me because I want the movement of Hussain to be passed down to the generations after me. If we all stopped going to the procession, then we wouldn’t be fulfilling our duties as Shia Muslims to keep the legacy going.”

Although this march has been happening for many years, there are still many non-Muslims who do not know about it, what it stands for and why it is necessary. “It is important for non-Muslims to know about Imam Hussain (a.s.) because he sacrificed himself for humanity and fought against oppression that was in form of imperialism. His message is universal and everlasting. It applies today as oppression has taken different forms and is prevalent more than ever,” said Maulana (scholar) Syed Ali Rizvi, the President of Majlis-e Ulema-e-Shia, an organisation of Shia scholars and communities.

“Imam Hussain’s (a.s.) message is for all ethnicities, ages, and genders because his supporters, who were very few in number, were diverse in their presence. There were Arabs, Africans, Europeans, Turks, women and children present in Karbala supporting Imam Hussain (a.s.). The role of women we see in Karbala is unique and unprecedented. The way they spoke openly against the tyrant rulers of the time and stood firm in their conviction is unmatched,” Maulana (scholar) Syed Ali Rizvi said.

There are organisations and activists who raise awareness of the day of Arbaeen. One of them is Who is Hussain, it continually makes merchandise and has a whole website dedicated to Imam Hussain (a.s.). They also hold blood drives and organise charitable events.

To find out more visit https://whoishussain.org for more information.

* Alayhis Salaam or (a.s.) means may there be peace upon him – it is a term used to show respect to prominent figures in Islam.

All Images by Fatima Batool