The danger of labelling road users 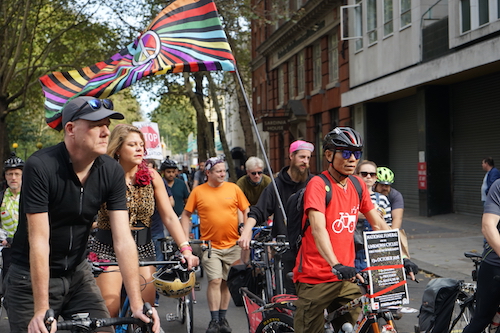 Driving and cycling are both valid, efficient, and reasonable forms of transport. A two-wheeled manually powered vehicle is no better than a four-wheeled mechanically powered one. A bicycle offers benefits such as health, mobility, and fun while a car is comfortable, fast, and has a radio.

However, cyclists are exposed to the elements while drivers don’t have to worry about waterproof backpacks. Drivers in London pay an unreasonably high price for parking if they can find one, while bicycles can be parked almost anywhere. The list of pros and cons could go on. The list of grievances that the two major road-user groups have against each other does as well.

Many cyclists in London commute to work, as a form of built-in exercise, and for the enjoyment, speed, and savings of not relying on public or private transport. There is also a feeling that there is a motor-oriented mentality in Britain, where the two-wheeled driver is a second-class citizen.

There are numerous cycling groups within London designed to share information ranging from preventing bicycles theft to organising rallies for die-ins. Stop Killing Cyclists and London Cycling are two of the largest Facebook groups for cyclists, with 7,194 and 4,984 members, respectively. 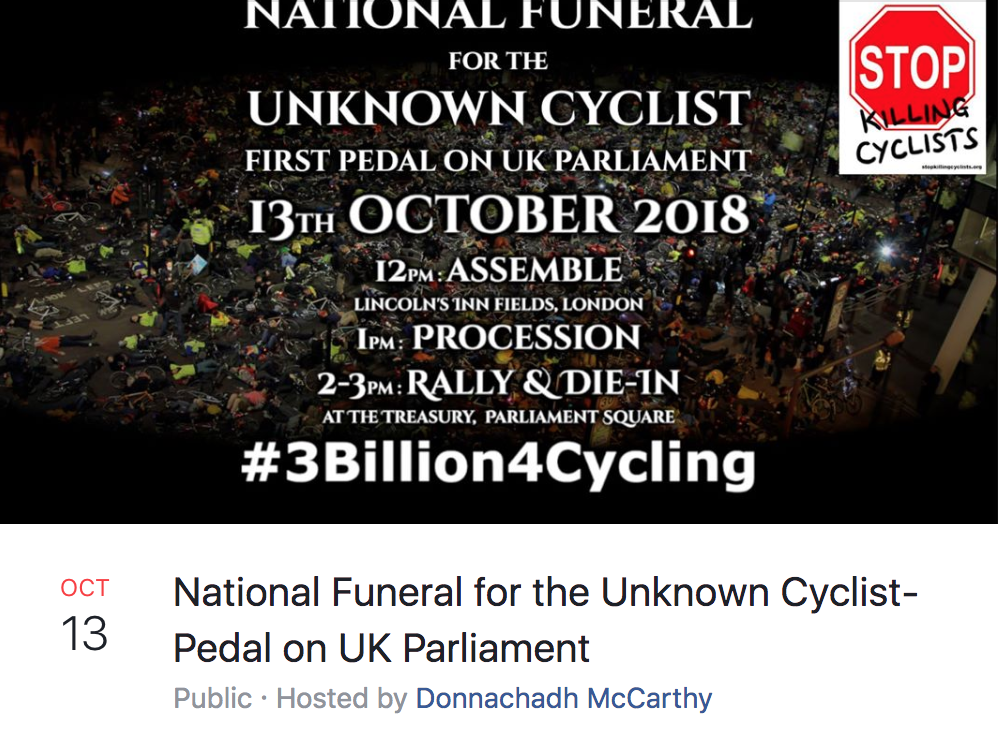 The Stop Killing Cyclists organisation held a die-in “to condemn all existing and previous governments from all the major parties for their failure to take comprehensive action on safer cycling” as described on their Facebook event page.

Artefact spoke to a few of the attendees including, Peter Baker, who identifies as a cyclist, to understand their side of the road. Peter, like many others, has experienced hostility on the road from cyclists and car-users, “I have witnessed dangerous cycling myself, but everyone as a road user needs to stand together and not separately.” 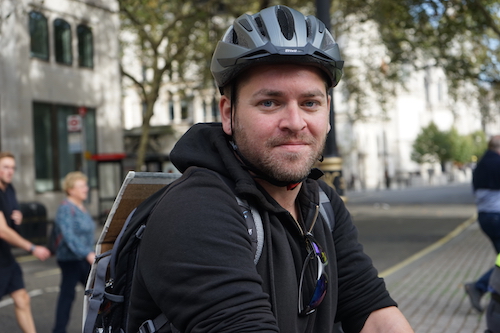 Peter Baker at the Die-In Protest in London [Maha Khan]

Ed Spencer, also a member of one of these groups, commutes 30-40 miles to work every day. He experiences incidents with motorists about once a month, things such as close passes or aggression from drivers, saying that most of the time, it’s just people being clumsy, sometimes deliberate, but he tries to ignore it.

Ed started riding with a camera a few years ago after a particularly scary episode involving a bus driver throwing a bottle of coke at him which he couldn’t prove, but “black cab drivers are the absolute worst, almost daily I experience some form of abuse from them,” he said.

According to The Royal Society for the Prevention of Accidents (RoSPA), in 2016, 18,477 road accidents involving cyclists were reported, and in 3,499 of these the cyclists were killed or seriously injured. The study, unsurprisingly, found that cyclist casualties had a higher chance of suffering serious or fatal injuries on higher speed roads. It is also interesting to note that almost 80% of collisions occurred during the day. Many drivers and cyclists, such as Ed, have now taken to filming their journeys, for evidence and to post on social media.

Fraser Moore feels the same way as Ed and Peter, but doesn’t think that all drivers are to blame: some leave enough space when passing and respect his right to the road. He finds that media coverage of cycling is not accurate and tends to “pick apart” every decision made, such as the introduction of cycle superhighways.

David Reid echoes this sentiment, saying that “the fallacies about road tax and the privilege that roads and drivers have and feel they have by right gives them a feeling that cyclists do not have a legitimate place in the road. Reading the comments section of newspapers is terrifying. The attitudes and visceral hate of cyclists are plain.”

Mother-of-three, and a regular cyclist, Victoria Kirk Owal says her biggest complaint is car-dooring, which has made her feel unsafe on her bike. She also feels that cyclists no matter how many, are always considered the “out-group” on the road.

On the other hand, many motorists feel it is unfair that cyclists can get away with certain behaviours, an occurrence known the free-rider problem, an economic term for when people are allowed to use a common resource without paying for it. The road tax debate is an example of this. Many motorists have taken to social media platforms such as Twitter to voice their complaints about cyclists. 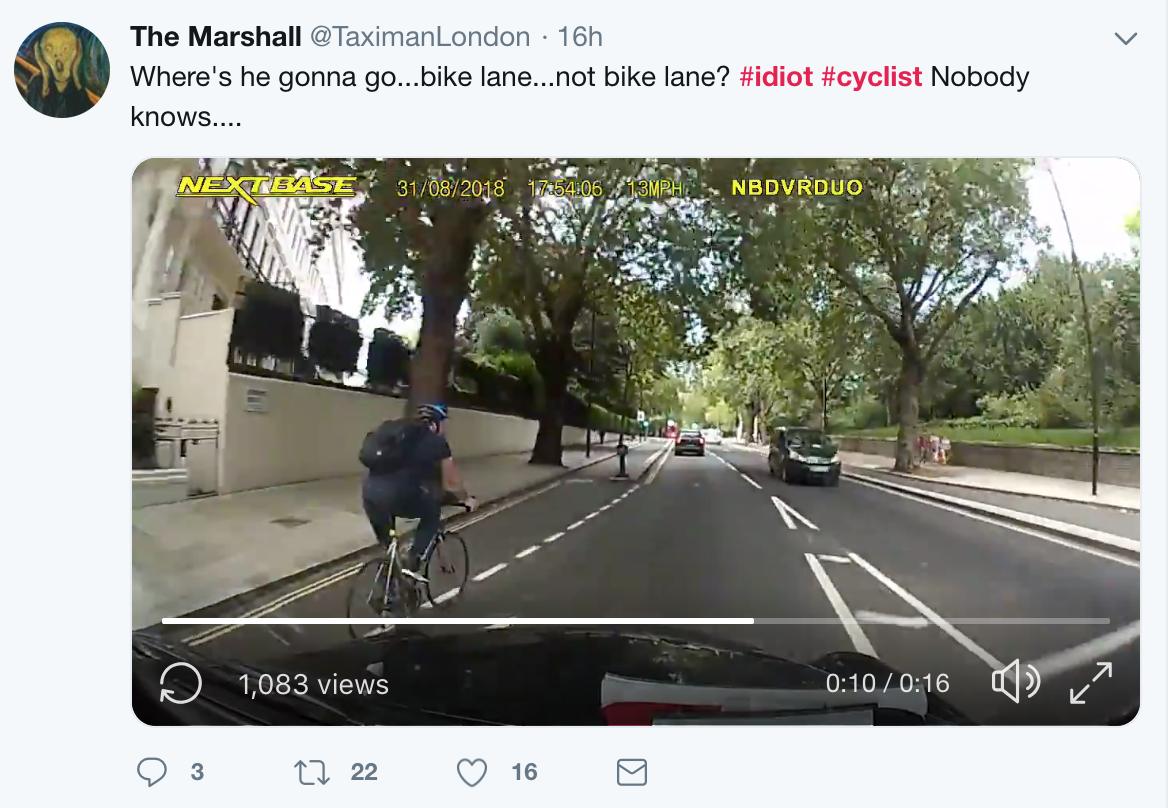 The Licensed Taxi Driver Association (LTDA) have a history of criticising cycle infrastructure developments, such as the cycle superhighway, claiming that the segregated path causes serious disruption to traffic in the capital. Some extreme comments have been made by Steve McNamara, general secretary of the LTDA.

In 2015, he compared cyclists to the so-called Islamic State terrorists: “The loonies out there in the cycling world, they’re almost the sort of Isis of London. Their views and their politics – if you are not with them, and we are with the majority of it, then nothing is too bad for you. These people are unreal.” Although recently, as of March this year, the LTDA changed their tune to a more positive attitude to promote their work with London Cycling Campaign, the organisations came up with a four-point plan to promote safer driving and safer cycling.

According to a 2006 study by Ian Walker, appearance factors, such as gender and helmet use, and the amount of space cyclists leave between themselves and the curb impacts how they are perceived by motorists. For example, a female cyclist may be given more space while passing. There is also an interesting study into helmets and whether they affect how motorists perceive cyclists without a helmet more cautiously and if cyclists themselves take fewer risks.

Tom Cohen, a behavioural psychologist professor from UCL, who specialises in transport behaviour change, has researched the issue. He felt that it was “unhelpful to have these categories because they can reinforce perceived differences between groups of road users when ultimately we’re all actually just sharing a scarce resource.”

Tom also felt that the perceived hostility between the two groups has been stoked by media reports and a “general intellectual laziness” which allows us to keep falling back on accusing cyclists and motorists of conforming to certain behaviour that they are associated with.

It doesn’t help that the media often broadcast headlines such as:

“Killer cyclists? Let’s not forget the real threat on our roads”

“Is the UK really menaced by reckless cyclists?”

“Dangerous conditions put more than half of people off cycling on UK roads, new study finds”

In some cities, road users co-exist without the media’s interference into their daily commute. Cycling havens like Copenhagen and Amsterdam, where many citizens are multi-modal. Undoubtedly, London does not have the best environment for cyclists and motorists to commute together. However, making generalisations about motorists and cyclists isn’t the best solution.

Another possible factor of aggression is the fact that motorists are a homogeneous group with predictable behaviour who must pass a common test in order to be allowed on the road. They have a fixed space on the road and are more likely to be faced with penalty than a cyclist in a collision.

Cyclists do not always have a fixed place in traffic and have to adapt to the infrastructure but without any formal training to conform to. There is a fundamental attribution error tendency in which we forget that the actions of others are greatly affected by their environment, and the less we sympathise with their situation the greater the bias against their assumed nature.