Over the past few years, the taboo surrounding the discussion of mental health has gradually been broken down. Mental illness finally seems to be acknowledged as a legitimate issue experienced by people from all walks of life.

According to the Mental Health Foundation, one-in-six people will have experienced an issue with their mental health within the past week. With the rise of social media, anyone, anywhere, can share anything they choose, and that includes their innermost thoughts and feelings. 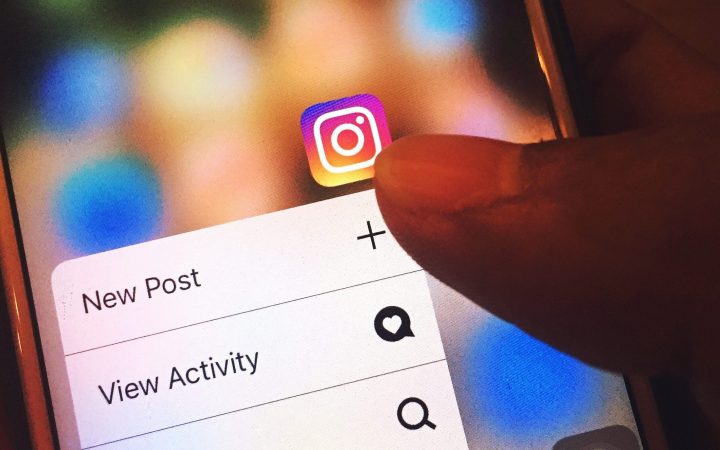 In 2017, the global average use of social media was 135 minutes a day. The GWI’s (Global Web Index) report highlighted that internet use increases annually and there doesn’t seem to be any signs of it stopping as mobile devices overtake the use of computers and tablets. As a consequence of this, more and more people are turning to social networks to vent when things start getting tough, and for some, posting about depression, anxiety and suicidal thoughts aren’t off limits.

While being more open about mental health can be great for yourself and those around you, is utilising a platform completely devoid of any natural interactions be the best way to facilitate that?

With Generation Z being the first generation to experience online culture throughout their developmental years, many might feel more comfortable sharing their thoughts and feelings through a screen rather than face to face.

This is one of the reasons Daisy, 23, shares personal aspects of her mental health journey online. “I’m very open about my mental health because I think it’s important to break the stigma around it. I know for a fact I have younger people on my Instagram who may not feel like they can say ‘Hey, I’m struggling!’ and if my posts help one person to ask for help then that’s good enough.”

“My mental illness is irrational, so I often don’t know whether I’m saying too much”

Daisy* explains that she’s been online since she was around 15, about the same age that her mental health issues began. Sharing online is something of a norm for her; although she does have friends and family around her she can also speak to, she still thinks it’s important to share her feelings online.

“Some people can see what I’m doing and are thankful for me for breaking down those barriers, but sometimes I need to take a step away from socials when I find myself looking for validation online. My mental illness is irrational, so I often don’t know whether I’m saying too much and if it’s coming across as a cry for help, which I guess sometimes it is, but I have a support system that can deal with that,” Daisy continued.

Acknowledging the issues that can arise with social media, she recalled some of the more unhealthy habits she’s made an effort to ditch: “I used to have a private Twitter account where I vented to about twenty people. I think about things a lot more now. I like to think I’m wording it better rather than saying the first thing that pops into my head.”

“The idea of sort of shouting into the void is something I think about a lot. I think it’s why I’m totally okay with being honest online. So much of what we see on social media is fake or edited to look happy and perfect. I want to break that down and be real”. 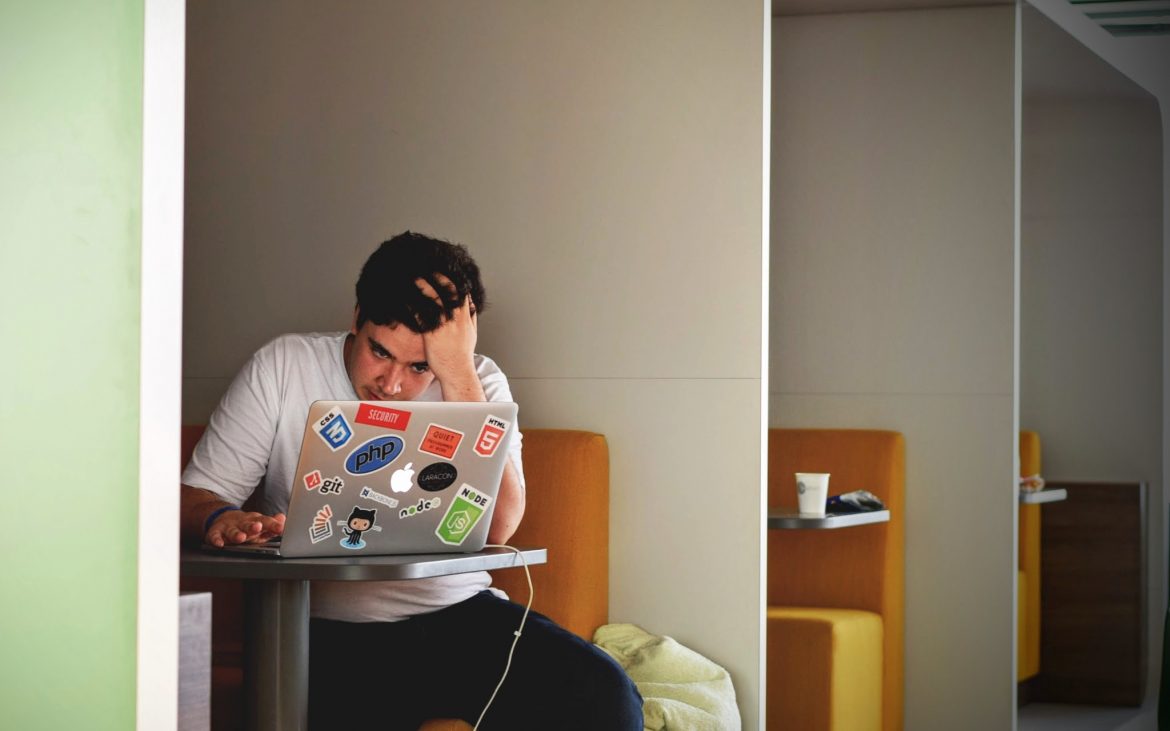 Online is the only place to turn for some [Pexels: Tim Gouw]

Daisy’s points highlight a larger issue at hand. Many young people share their thoughts and feelings online as they feel they may not have anywhere else to go. Not having the people around you support you or acknowledge your mental illness isn’t an uncommon problem.

The Mental Health Foundation has found that nearly nine out of ten people with mental health problems say that stigma and discrimination has had a negative effect on their lives. Many also can’t access any forms of mental health care.

Online can act as an escape for many individuals to share their feelings. Daisy hopes that “people feel less alone and can overcome the internal stigma of admitting to yourself that you need help” once seeing her posts. Hopefully, having more of an open conversation can one day, “demystify mental health”.

You might be scrolling through Instagram while in bed, or checking your Twitter feed in class, but there’s never a good time to come across an undeniably personal and often negative post. With a distinct lack of boundaries within the fairly new realm of social media, there’s little to help you when figuring out your response.

You don’t always personally know everybody you’re connected to online. Some people might be a friend of a friend, while others may be complete strangers, but that doesn’t change that they’re going through a hard time. It can be hard to navigate the do’s and don’ts of such a modern platform. Should you get awkwardly personal and check on their wellbeing or ignore it and feel guilty?

“I’m not going to gain from posting a story on how I want to kill myself, I’ll only gain false sympathy.”

These are the kinds of questions that pop up in the mind of Charlie*, 21, when she sees messages like these online. “Seeing those kinds of posts can make me feel really uncomfortable. You feel kind of responsible but still have a sense of helplessness because there isn’t really much you can do, especially if you don’t know them that well. There have been times when I’ve found stuff out about my friend’s mental health online before they’ve personally said anything to me.”

She continued on to explain why she doesn’t post personal content online: “It’s something I don’t want to shout out to people, it’s my problem and I’ll talk to those I want to when I’m ready. I’m not going to gain from posting a story on how I want to kill myself, I’ll only gain false sympathy.”

While we are undeniably moving in a positive direction by becoming more open about mental health, could it actually, in the case of social media, be going too far? Writing for Internet Matters, Dr Linda Papadopouls, a leading psychologist in the UK, highlights that “being too active on social media […] has been linked to anxiety, poor body image and diminished mental health.”

If social media is observed to be detrimental for your mental health, can using it as a self-help tool really be effective?

Although a fairly modern addition to our lives, many papers and articles have highlighted the connection between our social media use and mental health. The WHO (World Health Organisation) recently classified gaming disorder as a mental health condition, and the NHS are now funding an internet addiction programme, health officials are clearly beginning to view our dependency on technology as a problem.

The December issue of the Journal of Social and Clinical Psychology featured a research by The University of Pennsylvania focusing on the effects social media has on young people’s mental health. Two control groups were compared; one continued their typical use of social media throughout the day, while the others were limited to ten minutes for Facebook, Instagram and Snapchat each. Researchers then compared the participants’ self-reported moods from before and after the study. 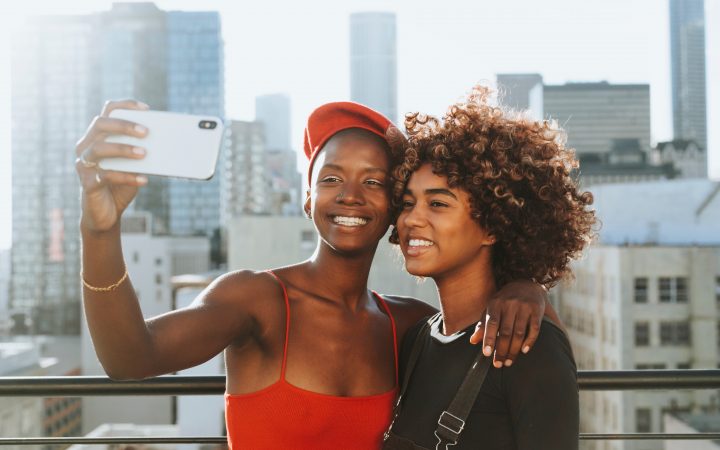 Within her study, Psychologist Melissa G. Hunt observed that overall, “using less social media than you normally would lead to significant decreases in both depression and loneliness.” Referencing previous research, she contextualises that during social media use, it’s very common to compare your own life to the curated versions of others you see online.

Although a small amount of time spent online isn’t considered problematic, “when you’re not busy getting sucked into clickbait social media, you’re actually spending more time on things that are more likely to make you feel better about your life,” the report said.

However, much more still needs to be done to support those going through mental health problems. Until major changes are made, people will find their own ways to cope, whether good or bad.

* Last names were withheld by request