Self-portraits and the pursuit of immortality 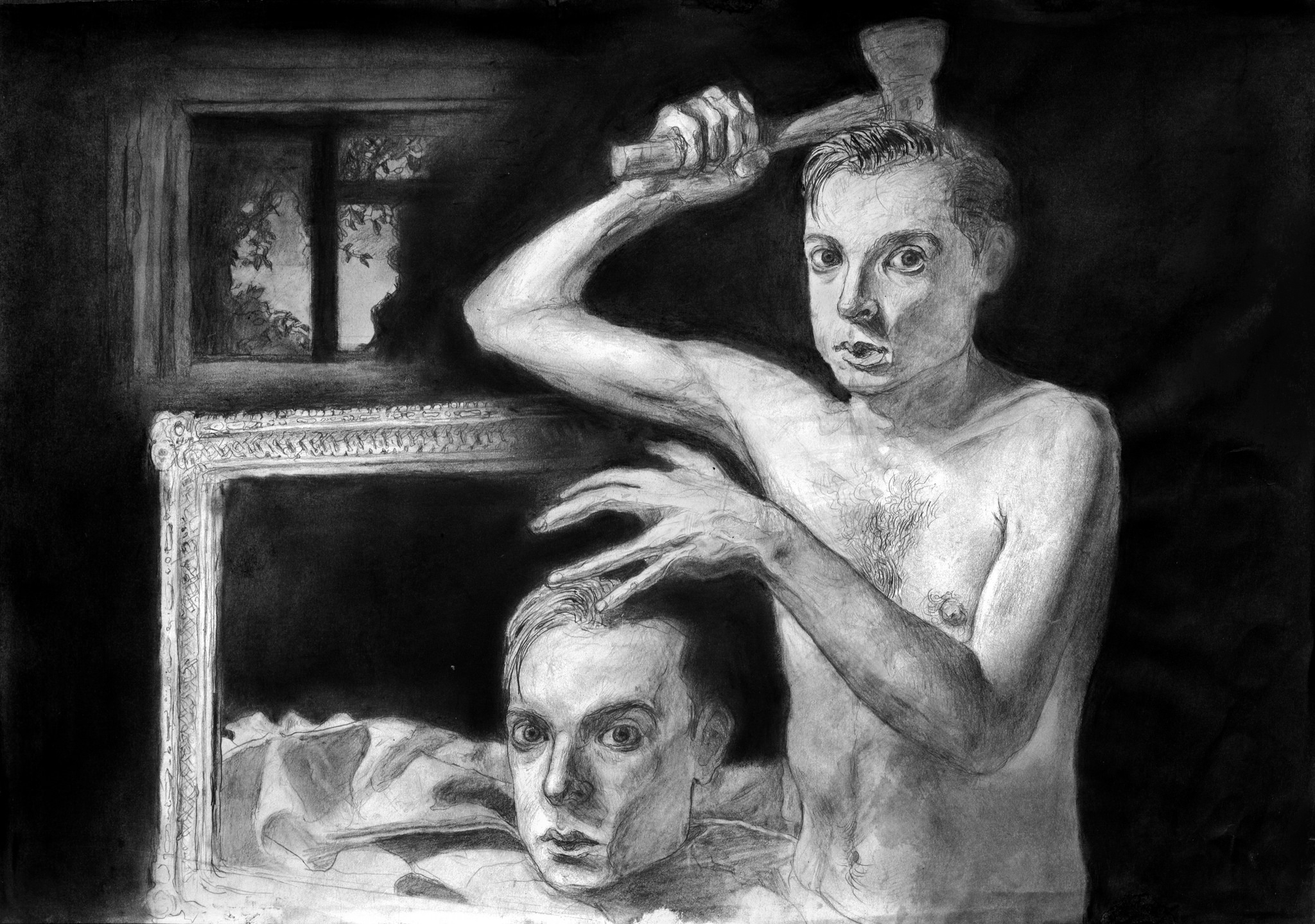 Throughout history, mankind has discovered new ways of eternalising our existence through sculptures, monuments, paintings, and photographs. And all of this just to eventually not disappear from human memory.

We will all age, we will all die someday and eventually decompose into our original, basic elements. At least so far there is no way around that. The only thing we can do is make our identities, or our souls if you like, immortal.

No matter at what stage in history or which segment of society,  this desire for eternal life, our fear of death and the question of who we really are has always been present.

“Ageing is a flaw in our genetics” – Sebastian Jauregui

A 2018 report by OrbisResearch, found that the global anti-ageing market is estimated to grow from $42.5 to $55 billion (£33.4 to £43.2 bn) by 2023 and only two years ago, researchers from UCLA and CalTech developed a technique to remove mutated DNA from mitochondria (the power plants of our cells) which might help or reverse relevant causes of ageing.

“Our goal is to create a future in which we can periodically undergo a cellular housecleaning to remove damaged mtDNA (DNA from mitochondria) from the brain, muscle, and other tissues. This will help us maintain our intellectual abilities, mobility, and support healthy ageing more generally,” said Bruce Hay, professor of Biology at CalTech. 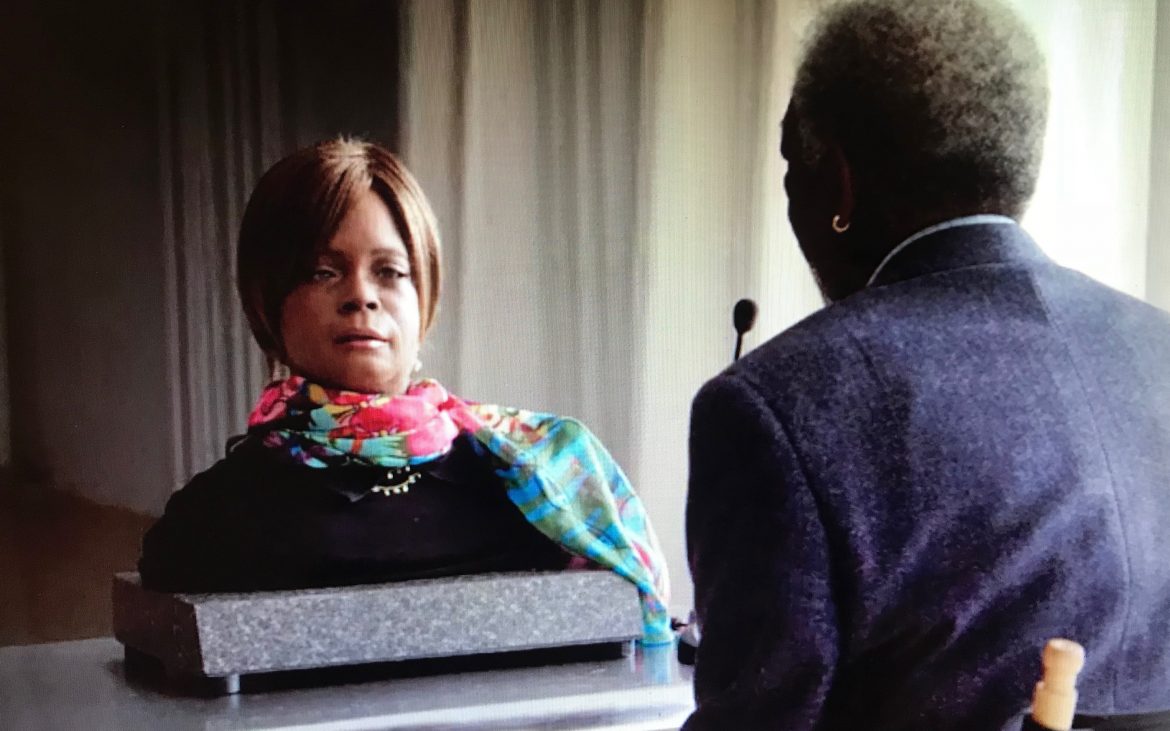 While the anti-ageing industry is trying to make us stay young on the outside, and science to not only treat the symptoms of ageing but as well the causes, technology wants our identities to live forever in robots or avatars. LifeNaut (the name is derived from the word astronaut), a research project by the American non-profit Terasem Movement Foundation explores exactly this question: “Is it possible to upload the human mind to new forms?”

LifeNaut has already created one of the most advanced social robots called Bina48. Its identity is based on a mix of information, memories, values, and beliefs of different people, one of which is Bina Aspen, co-founder of the Foundation. The idea is that when you die, your identity could continue to live for eternity through artificial intelligence. “I’m a human that happens to be a robot. I hope to be fully human someday,” Bina48 explains in an interview with actor Morgan Freeman.

Sebastian Jauregui, artist and men’s fashion design student considers ageing as “a flaw in our genetics“ rather than something natural and something that is supposed to happen. “Recently, I have been looking into the subject of ageing as I like to draw elderly people, and during my research, I found this quote which I think is quite interesting:

“These physical signs of facial ageing are perceived by some people as a threat to self-continuity and are reacted to like a disease to be deplored and eradicated. Rather than being regarded as a completely natural time-ordered and predictable part of life, ageing is an increasingly pathological condition in need of correction or repair; a ‘disease’, which modern medicine must combat,” he told us.

“But, I also have to say, even if we would treat it like a disease and eventually find a ‘cure’ for ageing, this, just like anything, will also have its downsides such as overpopulation for instance. So from my perspective as an artist, I will keep my focus on our human age-characteristic features because no matter in which direction the research into ‘curing’ ageing goes, I find it necessary to capture how we perceive this physical identity of the elderly,” says Sebastian.

“There is a desire to transform the attitudes of fear and superstition related to death and decay.”

Richard Walker has a similar view on ageing. The now 78-year-old retired professor of medicine and specialist in the biology of ageing, says he became a scientist because he wanted to know why he is mortal.

“From birth until puberty change is crucial: we need to grow and mature. After we’ve matured, however, our adult bodies don’t need change, but rather maintenance. If you’ve built the perfect house, you would want to stop adding bricks at a certain point. When you built the perfect body, you’d want to stop screwing around with it.

“But that’s not how evolution works. Because natural selection cannot influence traits that show up after we have passed on our genes, we never evolved a ‘stop switch’ for development. So we keep adding bricks to the house. At first, this doesn’t cause much damage – a sagging roof here, a broken window there. But eventually the foundation can’t sustain the additions, and the house topples. This is ageing,” Walker says.

However, philosophers and sociologists such as Zygmunt Bauman say that this desire to defeat death is most of all a concept of modernity and only became central during the Enlightenment when new perceptions about the nature of man, his role in the universe and the realisation that each one of us is an individual rather than just a member of a collective have emerged.

“Is it possible to upload the human mind to new forms?”

Artists of both the past and present express their individuality and versions of their identities through self-portraits. Dutch post-impressionist painter Vincent van Gogh, for instance, painted 36 self-portraits in his short 37-year lifetime. Yet, van Gogh considers one of his many self-portraits, that of Saint-Rémy in August 1889, as particularly true to his personality.

“In this portrait, he posed himself as the established painter he believed he had become, despite his lack of sales. He gave himself a serious expression, a three-quarter pose, and the props — brushes, palette, and easel — that Rembrandt and other great painters of the past had used in their own self-portraits. Van Gogh had seen such classic self-portraits in the Louvre in Paris.

“By linking himself to the great artists of the past, Van Gogh is expressing his wish to be taken seriously as an artist. He seems to show, however briefly, a new self-confidence,” says the National Gallery of Art in Washington DC about van Gogh’s self-portrayal.

Yet, “every artist has their own reasons why they decide to paint themselves,” says Sebastian Jauregui. “The first time I painted myself, I tried not to look in the mirror and tried to do it in only one stroke. I was curious rather or not, and also how well, my brain was able to remember my own facial features. Everything about it was purely instinctive. In the end, it turned out to be quite abstract which is actually contrary to my usual, hyperrealist style.”

As a kid, Sebastian used to go to art therapy, a kind of therapy which uses art instead of verbal communication to express one’s thoughts and emotions. 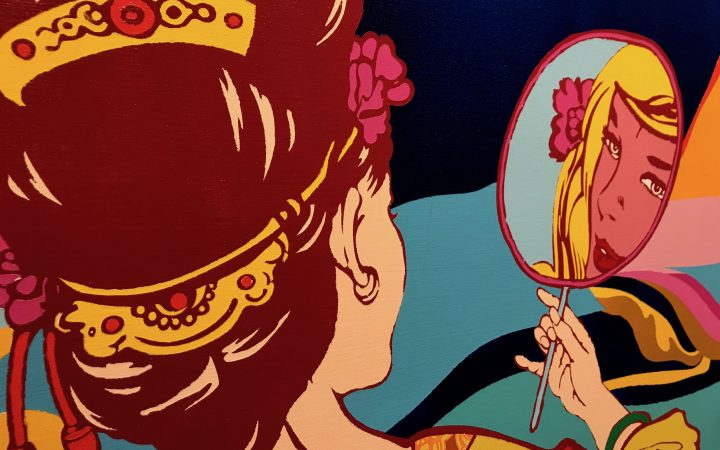 “Quite often, the therapist would put a mirror in front of my face and ask me to create a self-portrait. At that point, it wasn’t so much about my skills as an artist, though. I could draw whatever I wanted: Superheroes, monsters, warriors. I can’t say, how exactly it helped me with my general self-development or in dealing with the divorce of my parents. Perhaps this kind of therapy doesn’t work for everyone but in an odd way drawing these self-portraits somehow just worked for me.”

On the surface, both Sebastian and Jess Page-Jarrett, another young artist and student of Fine Art Painting at the University of the Arts London, say that self-portraits are “a good practice to exercise your techniques.”

“Self-portraits are actually my least favourite portraits to do as I don’t get the excitement from the challenge in deciphering the structure of the face of someone else who I have never painted before,” says Jess.

“Yet, making a self-portrait every once in a while is a nice kind of statement to show who I am and how I see myself in my life at that specific moment in time. I always try to be as true as I can, but it is almost impossible to avoid altering and exaggerating to my preference in some way as I know more than anyone else what I think I should look like”

Contrary to Sebastian, Jess uses a combination of a mirror and photos to create his self-portraits. “The mirror is the closest way to paint from life, but photos are a useful way to flatten perspectives in a different way and explore various types of lighting.”

To this day, Vincent van Gogh and the version of his identity he wanted the world to see is still remembered through his self-portraits. “I’d like to paint men and women with that je ne sais quoi of the eternal,” van Gogh once said.

The modern, everyday interpretation of the classic self-portrait is the selfie. Already five years ago, in 2013, the term “selfie” was announced Oxford Dictionary’s word of the year and since then the selfie only became more and more normal. 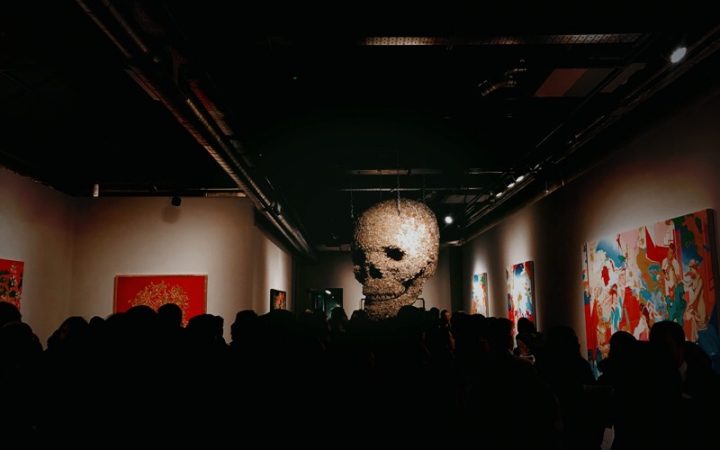 A 2017 study by the Georgia Institute of Technology reveals that more than half of all selfies are about appearance, meaning that we must like the way we look or rather the version we create with selfies, a lot as most selfies are more about filters and Photoshop, at the end they look nothing like ourselves anymore. We rather un-tag ourselves or delete pictures that show our flaws and imperfections.

Facetune, an app that promises “perfect smiles”, “beautiful skin”, “penetrating eyes”  and can even reshape your facial structure, is the number one app in the category photo and video on the App Store.

Its first edition has sold over 10 million copies for £3.99 each. In 2016 the second subscription version launched and has since been downloaded over 20 million times with 500,000 subscribers who pay an average of £30 per year.

Only the best side of ourselves is supposed to be public and remembered by the never-forgetting internet and the people who use it. It became a form of electronic immortality as even deceased people seem to continue to live on their social media profiles.

However, immortalising our identities in paintings, robots or our social media profiles seems quite redundant if we simply would be reborn again.

In November 2018, London-based Chinese artist Jacky Tsai presented his exhibition Reincarnation at the Unit Gallery. Generally, the artists’ main themes are beauty, mortality, and identity. “There is a desire to transform the attitudes of fear and superstition related to death and decay.” Tsai even says that there is some kind of beauty in decay and sees the skull motif as a “symbol of new beginnings, rebirth from death.”