Chaplin mercurial at the Palladium

Tom Chaplin, best known as the former frontman of British band Keane, took the London Palladium stage at the beginning of November backed by a 24-piece orchestra to perform a tribute to the songs of Queen.

The concert was recorded live and will be broadcast on BBC Radio 2 in January 2019 for the world’s longest-running live orchestral music programme on radio, Friday Night is Music Night featuring the BBC Concert Orchestra.

Coming on stage with his signature shiny bomber jacket, Tom began his performance with I Want to Break Free, conquering from the beginning a loud round of applause from long-lasting and demanding Queen and Keane fans. In a very humble but rather confident attitude, he sang each of the songs with passion and delivered an energetic and intense cover of Queen’s strongest songs. 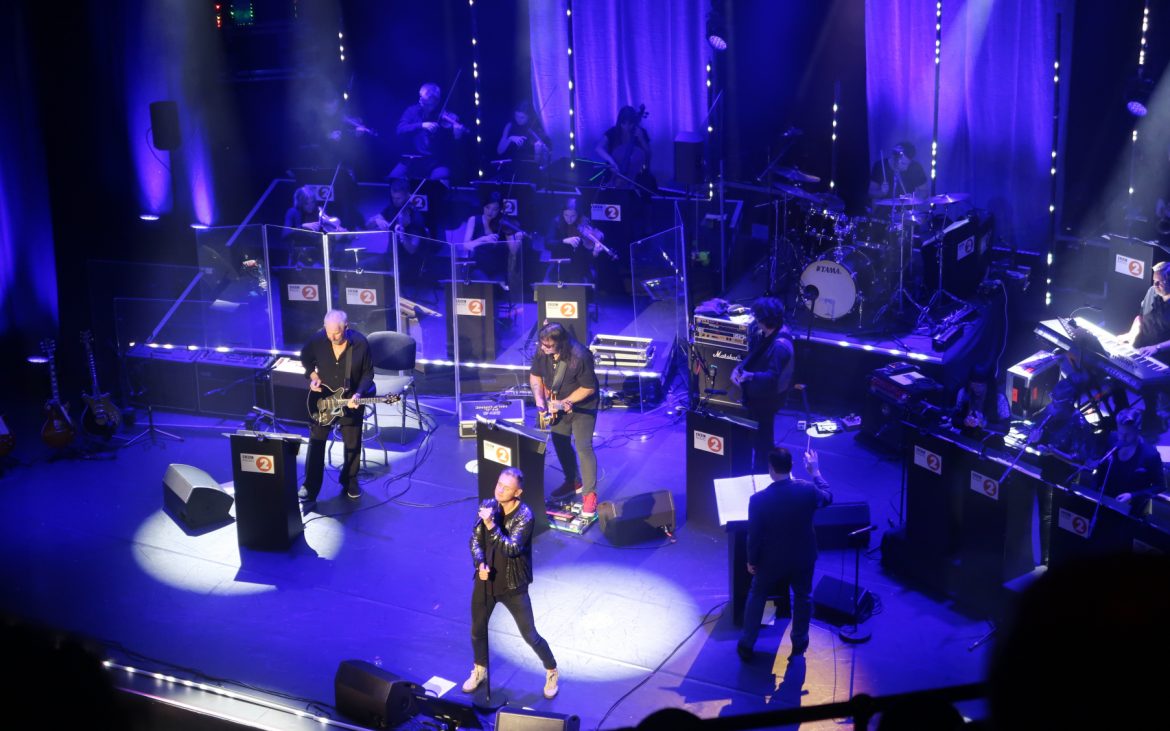 Although he had less than three weeks to assimilate a balanced setlist of twenty songs, with included the complicated Who Wants to Live Forever, The Show Must Go On and Somebody to Love, Tom managed to get the whole audience to stand in a songs such as Another One Bites the Dust, A Kind of Magic and Radio Gaga.

“I never heard anyone perform Queen in the same way he did,” said Alex, a lifelong Queen fan. The harmony between him and the orchestra was astonishing for only two days of rehearsal together. Chaplin thanked and gave them room to shine on several occasions. The orchestra kept itself as a significant part of the experience by not only doing a terrific job with their instruments and voices but for also accompanying the rhythm of the songs in a timid but cheery dance, not even leaving the maestro out.

When the time came for Bohemian Rhapsody, Chaplin joked about being “too foolish” for performing the song without any tapping, which even Queen did not do in their time. In an interview for the Jo Whiley & Simon Mayo programme at the BBC one day before the concert, he shared how it would be possible to perform the song live: “I think one of the advantages of having an orchestra is that you can have a decent stab of making that middle section work.”

Before playing It’s a Hard Life, Tom reminisced about the time in 2010 when he was invited by Brian May and Roger Taylor from Queen to perform a song of his choice at the Royal Albert Hall for the Prince’s Trust: “It was a chamber of events that will live with me until my dying day. I’ve kind of got to complete the circle of growing of as a die-hard Queen fan, it was just the most mind-blowing moment of my musical career.”

Tom explained to Jo and Simon his connection to the British band to which he looked up to from his childhood: “Especially for a young kid who wanted to sing watching Freddie’s flamboyance and exuberance, I was desperate to copy that, to be like that. I think a big part of what Queen did has become part of my musical DNA.”

He also shared a few of the difficulties of accepting the challenge of performing Queen live: “To actually really know them, know where the gaps are and the structure, which is all quite strange and that’s more of a challenge than I first thought. I can’t just stand there and focus entirely and get the words and the music right, I’ve got to deliver the songs to an audience.” But in the end, he managed to put that all together with excellence. 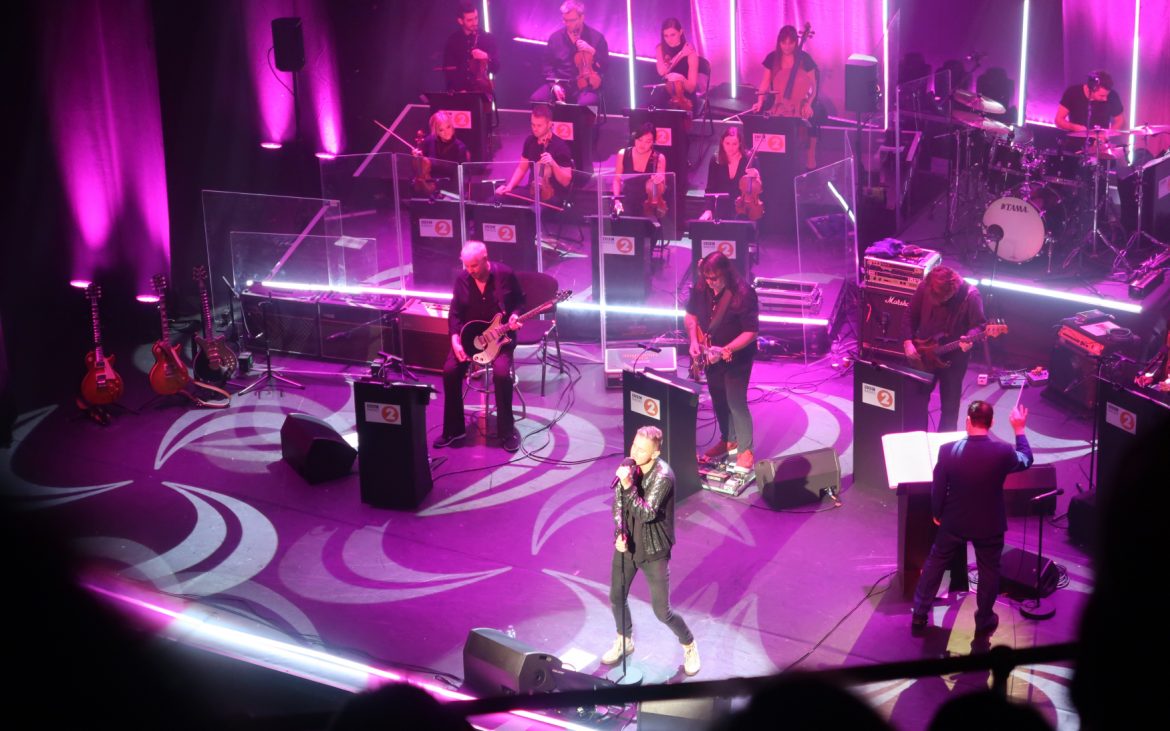 A general opinion in the audience was the similarity of Tom’s voice during the cover to Freddie’s: “He put a spin on it, I think Tom Chaplin is closest [in voice] to Freddie in a way. He doesn’t have Freddie’s vibrato, but he does have the pure tone. I mean he can reach the high notes, which even Freddie couldn’t do live consistently. In some ways, I think it was the perfect Queen tribute,” said Alex.

Although many can agree on the closeness of his voice to Queen’s late frontman, he still managed to honour the band and its lead singer without breaking his performance style. “He really captured Freddie’s essence without losing his own,” said Mary, a Queen fan from Brighton. Tom kept his moves which were regularly seen in his Solo Tour The Wave.

Before playing These Are The Days of Our Lives, Tom shared with the audience how the song comes with a morbid and sad thought of not having Mercury among us: “He lived every moment of his life as a showman as this kind of mercurial genius and I just love him for that.”

“He’s got the best voice to sing these songs, his range is impeccable and to be honest, I think he could sing a phone book and it would sound amazing. He’s off the scale. I think he’s an underrated singer of our times,” another fan, Kerry, told me as she waited for with others for Chaplin to leave the Palladium.

“It’s a roller coaster of emotions, singing the songs of Queen,” said Chaplin as he finished the setlist leaving the crowd asking for more. “Don’t ask me for surprises because I haven’t got any.”

The recording of the gig will be available in January 2019 on BBC Radio 2’s Friday Night is Music Night.

Chaplin mercurial at the Palladium