I walked along East London’s dimly lit pavements to a sold out Bill Ryder Jones gig at EartH, Hackney. The 35-year-old singer-songwriter sings of difficult times with themes of depression, relationships, lack of sex drive and anxiety. His latest album Yawn, which was released late in 2108, is a masterpiece of moving, painful and emotional melodies.

Eager to see Bill, I swung open the heavy doors into the foggy concert hall. Clouds of smoke drifted from the stage towards the audience. Red strobe lights shone above the multiple bars around the room, as the people continued to flood in.

After bustling our way through the crowd, I headed backstage to meet Bill and his band in their dressing room. I found Bill in a baggy white tee and grey, checked, slouchy shirt. His loose, curly hair fell just past his eyes – a total rock star look.

They all sat on a couch sipping gin. The table was littered with beer bottles and empty cups, and surprisingly, a bottle of port. Bill graciously offered me a drink and introduced me to his entourage. After enjoying a couple drinks with everyone, I headed back down to the concert hall to watch the gig.

They walked out on stage, the lights lit up and the crowd roared. Bill put his hands up in appreciation towards the audience as he jokingly said “Hello. I wish you guys were at Birmingham last night.” The crowd laughed and the band start strumming their guitars in preparation for the first song of the gig in between Bill’s onstage patter. 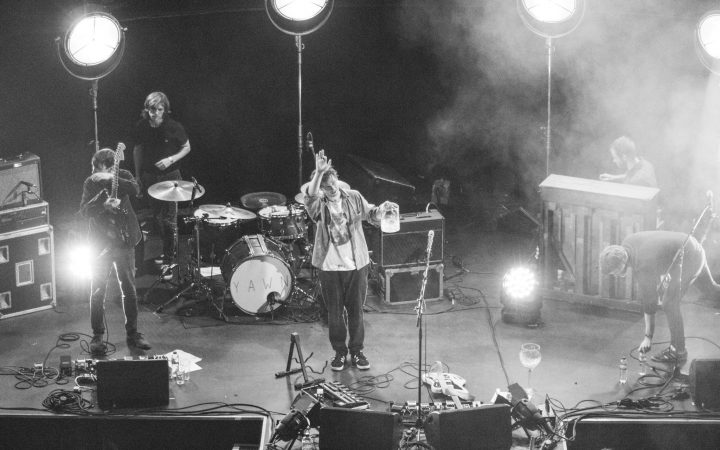 The band played a couple of songs and then went on to play Don’t be scared, I love you from Bill’s new album Yawn. He sang closely into the microphone with his eyes shut. The emotion from the melodies of the song spilled out of him like a waterfall. The audience swayed from side to side in perfect time, appreciating Bill’s talent.

Although he joked that talking to an audience is the most unnatural feeling to him, while he performed, it was as though the artist was at complete ease. Strumming his guitar (stylishly decorated with a Jurassic park sticker), shaking his head and moving his body to the music.

The emotional weight of his lyrics were equalised in the way he delivered them on stage. His eyes tight shut, his voice crackling in the microphone with stress and feeling as the words belted out of his mouth.

Halfway through the gig, the band walked off the stage leaving Bill stood alone with only his microphone and guitar. He then announced he was going to perform four songs on his own and he was open to suggestion from the crowd.

Someone in the audience shouted “Two to Birkenhead” to which he replied, “of course we are going to fucking play Two to Birkenhead, do you think I can play it on my own?”. The crowd laughed as he continued “I’m quite flattered, to be honest.”

They played their final song and Bill shouted “Thank you and good night” as the crowd cheered. The band walked off the stage and the audience started clearing out. We all piled into Bill’s dressing room backstage. He and the band were ecstatic after their gig. More drinks were poured and laughs were shared before we all headed to the after-party next door.

After seeing Bill perform, it was time to get behind his cool and calm exterior, and see what goes into creating his music. When asking him, how he prepares for a gig? “In truth, I don’t do much. I won’t eat curry and that’s about it.” 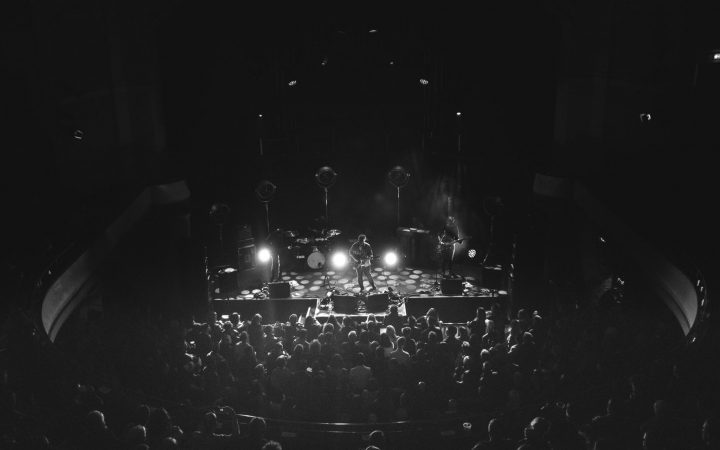 Talking about Yawn, Bill admits that “the idea was to make something much denser and perhaps more of a journey than my last record. I knew I wanted to change my approach to the way I write melodies. I wanted to write things that were less instant but hopefully memorable.

“Once I realised those things, then the writing of the songs kind of fell into place. I treated the lyric writing much the same way I did the melodies. More subversive and less of an obvious narrative.”

Artists often have a message behind their music. When asking Bill what he wanted people to take away from the album he said “I don’t really think about that even if I’m honest. It’d be nice if people felt they could relate to any of it on any level.”

The album cover shows a photo of Daniel, Bill’s late brother, who passed away at the age of nine. “Daniel is my big brother. He passed away a long time ago. That photo was sent to me by the woman in the picture. As my memories of him are so few, and I’ve lived with all my own families photographs of him for so long, it was a really really surreal and wonderful thing to see a picture of him that I’d never seen before. It’s a very hard thing to explain.”

Making music for a career in this day an age can be difficult for lots of artists. After fifteen years of creating music in the industry, he admits, “these days it’s getting harder to write. I get preoccupied with thinking about what I ‘should be doing’ much like some careerist bullshitter. That usually takes a few months to get out of my system. When that passes and I realise there’s little point in my doing anything other than exactly what I want, the picture tends to make itself known.”

He continues: “I do spend a lot of time writing in my bedroom on my own and an awful lot of time making sure my lyrics don’t interfere with the melody so there’s a lot of editing and swapping of lines.” 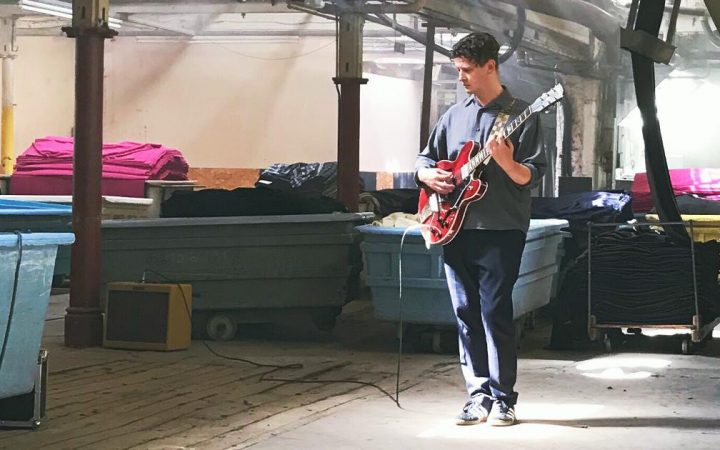 He has been very open about mental health in past interviews, in an interview with the BBC, he had said fans talk to you about their issues after gigs sometimes.“Makes me feel a bunch of things.” he said. “It makes me feel like a shit if I don’t fully engage. It makes me feel unappreciative that after a show I find it very hard to speak to people and struggle with that.

“It makes me feel pretty good that people have connected with what I do enough to feel like they’re already in a conversation with me and that they’re comfortable telling me very personal things. It, like all things, depends a lot on what kind of day I’m having.”

As the artist sings of depression and anxiety he has experienced in the past, he feels it is important to be open about the topic. When asking Bill what struggles he had faced with mental health and as a musician, he told me “I think the main and enduring issue with regards to my mental state has been the PTSD and subsequently generalised anxiety disorder, obsessive rumination and the dissociative episodes.

“There have been problems with drink and drugs that I largely have under control now. I’d also say guilt is a huge issue so for many people left behind. Musically, the only hurdle I’ve ever had to jump was actually having the nerve to have my music and voice in particular, heard. Once I’d gotten pass that, everything was fine.”

He has said before that “it’s a really good time for people to hear musicians being honest.” I asked Bill exactly what he meant by this: “Well, musicians have been letting themselves down for an eternity now. Our industry is rife with sexism and a lack of egalitarianism. I think it’s important we talk openly about all things when possible.

“I think if musicians were more honest about themselves and didn’t just elude to their problems in songs then the whole thing wouldn’t become so romanticised. Also, I think it was getting at the fact that it does feel there’s a slight change in how people view talking about mental health. It seems to be everywhere at the minute and I think I meant now is a great time.” 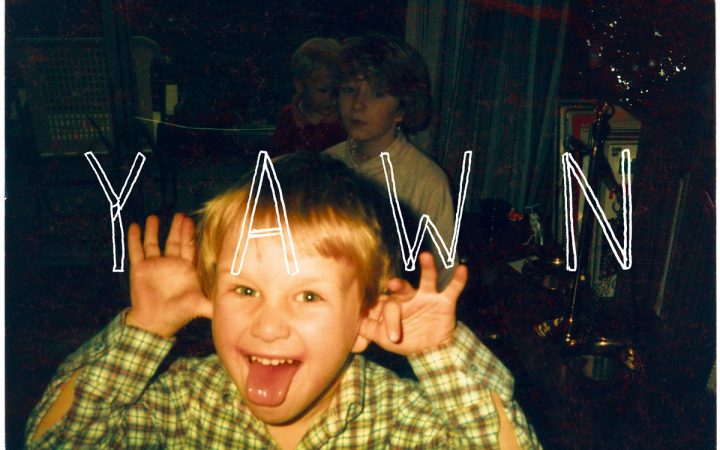 In the fast-paced world of a rock star, jet setting from place to place, performing from gig to gig, Bill explains what’s happening next. “Flying to Belfast for some shows in Northern Ireland and The Republic before heading to mainland Europe for a week or so. I also have some production work with an artist called Brooke Bentham and some mixing work to do. After that, I’ll go to Canada for a writing job so I’m fairly busy at the moment.”

While talking about his career, he told me about his favourite songs and biggest moments as a musician so far. “I like Mither, but my favourite song I’ve ever done is called There’s a World Between Us. After that, I like The Reader from my first album.” He continues, “I think having two of the singles be out onto [the BBC] Radio 6 playlist has been quite big for me. I never expected any radio support. Other than that, it’s everything. Domino Records tell me they want another album from me.”

Besides being a singer-songwriter, Bill also produces for bands in his studio, amongst them the band Our Girl. “I produce a lot of groups and the reason is always the same. If I like it and think I can help them, I’ll do it. If not, I’ll pass.”

Being an honest and modest musician who makes music for himself, he says, “I look up to people who seem to genuinely care about what they do and don’t play the game too much. I like Euros Childs for that, Nick Cave and Bill Callahan too.”

Leading the busy life of a singer, but also being a small town boy from Warrington, Bill explains how he spends his spare time. “I don’t really have much downtime in truth. I guess I play football when I can and also enjoy computer games.”

Yawn is now available for download. Tickets for his tour, which continues around Europe and the UK, can be purchased on his website.