David Bushell was on holiday in Kenya with his wife when he noticed a man who instantly made him feel uncomfortable. The last thing he was expecting from his holiday was that his gut feeling about this man to lead to a two-year investigation followed by the imprisonment of 72-year-old locksmith Keith Morris.

David and his wife had been staying in a hotel in Bamburg beach, Mombasa, Kenya for a few weeks back in December 2016. They were enjoying their annual retreat when they had their first encounter with Keith Morris. As they sat down for breakfast one morning, Morris was sitting opposite David.

He recalls that immediately there was something about Morris that didn’t sit right with him. “He was well dressed and manicured, he had a kid’s bag with him which he used to get his hankie out of,” he told Artefact.

The elderly man was accompanied by two young black girls, aged between ten and twelve. “I kind of had a physical reaction to it,” David, who was 53 at the time explains. Morris had gone up to get some food when the two men caught each other’s eye. Morris quickly looked down at the floor. That is when the alarm bells began to ring for David. There was something seriously dodgy about this man, and David could tell.

The following morning David and his wife, who run a small company together, sat down for breakfast at the same table when Morris arrived. This time he was accompanied by three children, and they too sat down in the same place as the day before.

[pullquote align=”right”]“I kind of had a physical reaction to it”[/pullquote]“It was at that point one of the girls went up to get her breakfast. He [Morris] went up, tucked in her collar and straightened her top.” David had noticed this interaction, and he explained that the way in which the girls reacted to this attention didn’t seem fitting. Most kids wouldn’t have acted so complacently and obedient if it were a family member trying to fix their outfit.

Later that day, David and his wife discussed the possibility of this man being a relative to these girls. Coming from a multicultural city like London, it wasn’t unusual for David to see families comprising different races, and they strongly hoped that this was the case.

They also discussed the possibility that this man had adopted these children, but this feeling that David had, persisted. He decided to act on it. “You’re dealing with lots of different moral judgements when you’re travelling, whether you like it or not,” David told Artefact.

Shortly after he asked the receptionist about this strange man in an attempt to find out some more about him. The hotel is run by relatives of his wife, which gave him the confidence to explain himself. He told Valerie, the receptionist, about the situation and what his concerns were and she agreed to help. “She went and got his passport and we realised he was English,” he recalls.

To his surprise, “he also had official adoption papers,” David explained. “It said that he was adopting eight children and planning on taking them to the UK.” Momentarily, he felt a sense of relief. Of course, the best possible outcome was that he was wrong, but he still didn’t feel satisfied: he knew something else was going on.

One of David’s friends had a brother who worked at the Metropolitan Police back in the UK and he decided to get in contact. The police officer referred him to the National Crime Agency who then sent over the “National Referral Mechanism form for potential child victims of modern slavery,” which he completed in the back of taxi as he and his wife travelled around the area on their last day. Just before they took off on their flight back to England, David photographed the forms and sent them off hoping for the best. 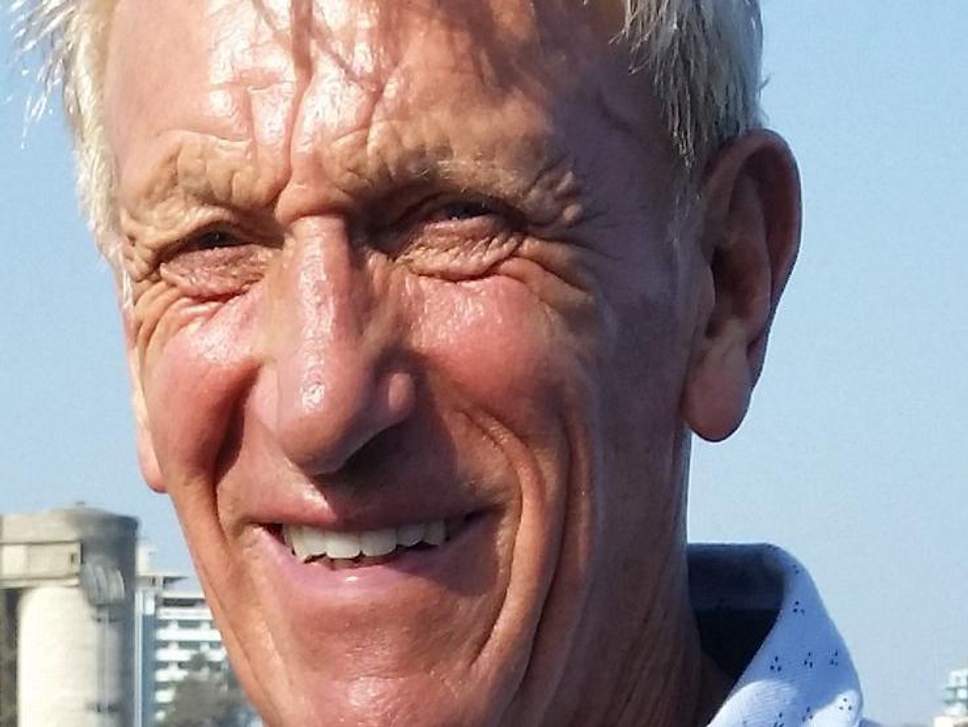 David described to us the vast amount of sex tourism one notices whilst travelling in Kenya. “The only people who tend to go there, or a high percentage of them, are sex tourists,” he recalled. For a long time, Kenya has been famous for luring people there with the idea of cheap, or free, sex with a local men or women. Romance perhaps, or a mutual understanding of who has the deeper pockets. “It’s older Europeans, mainly white, women or men with 20-year-old men or women,” he explains.

Africa has never generated as much tourism compared to other regions. Aside from sex tourism, one of the main reasons for travel in Africa has been people coming from NGOs or charities, and only recently it has received more of an influx in tourism, according to The World Bank.

Once David was back in the UK he waited to hear back with some more information. “I got a call three weeks later from a guy who worked for the operations team at the National Crime Agency.” They informed David that on Morris’ arrival back in the UK they had confiscated his passport. They did not yet have the grounds to arrest him but they were beginning an investigation.

Despite this good news, David couldn’t help but feel guilty for not having done more at the time. “For three weeks more he was there in that room with those children, and what did he do with those children?” says David. Now that the police had been informed and were investigating, it solidified his suspicions that Keith Morris was, in fact, up to no good.

A few months passed, and one day David received a call from the police. They informed him that they believed Keith Morris was guilty of raping the young Kenyan girls and as a part of their investigation, they had travelled out to Kenya to speak with the children. “One of them had given a statement saying that she had been raped,” they told David.

Morris had been running a bogus charity in a remote village where he had built wells, acting like a Samaritan when the ugly truth was far from that. He had been telling the families he was taking their children on holiday, and staying in adjoining rooms throughout the stay. He had forged the adoption papers for the hotels in a plan to seem legitimate. “He had been going back there for years so he had been doing this for decades,” David says.

The first thing you may ask yourself is why wouldn’t any local people or the hotel suspect him? In the UK it would seem very strange to have a single man sharing a joining room with eight children, even if he had adoption papers on him.

David explained that in third world countries like Kenya it is often more trouble inviting the police into your home than not. They are often corrupt and only interested if there is a pay-off involved. Additionally, for the families of the children, you don’t know what risks you would take or decisions you would make if you lived in extreme poverty.

[pullquote align=”right”]“For three weeks more he was there in that room with those children, and what did he do with those children?”[/pullquote]“It took about eight months for the police to build the case properly and they arrested him. They raided his flat and they had been recording some of his phone calls because he had tried to persuade the children to drop the charges,” David told us.

Keith Morris, who is from Hull, was charged with two counts of rape and two more of trying to pervert the court of justice. He has also been put on the Sex Offender’s Register for life. The NCA discovered that once he had been released on bail, he had transferred money to associates in Kenya in exchange for help proving his innocence.

In July 2018, Keith Morris was sentenced to 18-and-a-half years in prison. “He was convicted of ten child abuse offences using Section 72 of the Sexual Offences Act – legislation which allows British nationals to be prosecuted in the UK for offences committed overseas,” a National Crime Agency statement said.

The news was bitter-sweet, David trusted his instinct which led to the imprisonment of a monster, but it also meant those children suffered. “That is one of the weird things I had to deal with; if I had confronted him maybe those children wouldn’t have been raped for those three weeks,” he says in hindsight.

David’s gut instinct led to a paedophile who was offending repeatedly, to be jailed. We notice small things all the time which don’t always seem right, but more often than not, we decide to turn a blind eye, and we forget about them within minutes.

“The police wish that people would trust their gut feeling, because, what is it that you’re having a physical reaction to? It’s based on your whole life experience,” explains David.

As humans, we are far more aware and knowledgeable than we know. According to Freud our ‘unconscious mind’ is the primary source for human behaviour, and perhaps we should all trust our ‘feeling’ about things more instead.