Christian Dior: Designer of Dreams portrays the house’s evolution through seven designers and the change in time. Not only paints a clear picture of Monsieur Dior’s brilliance in matters of couture and fitting but it also states a clear line on how his designs accompanied, and in many cases came before, social changes in women’s lives whilst showing his life changes.

The exhibition was originally scheduled to finish mid-July, but after being sold-out online in its first weeks, the V&A decided to extend until September 1. Up to mid-March, the exhibition had already received 121,566 visitors, a great number considering that the Alexender McQueen exhibition in 2015, the largest exhibition at the institution after Dior’s, received 493,043 visitors. Whilst the tickets online are all sold out, a number of tickets are available daily for those who are willing to line to purchase in person from 10:00 am. 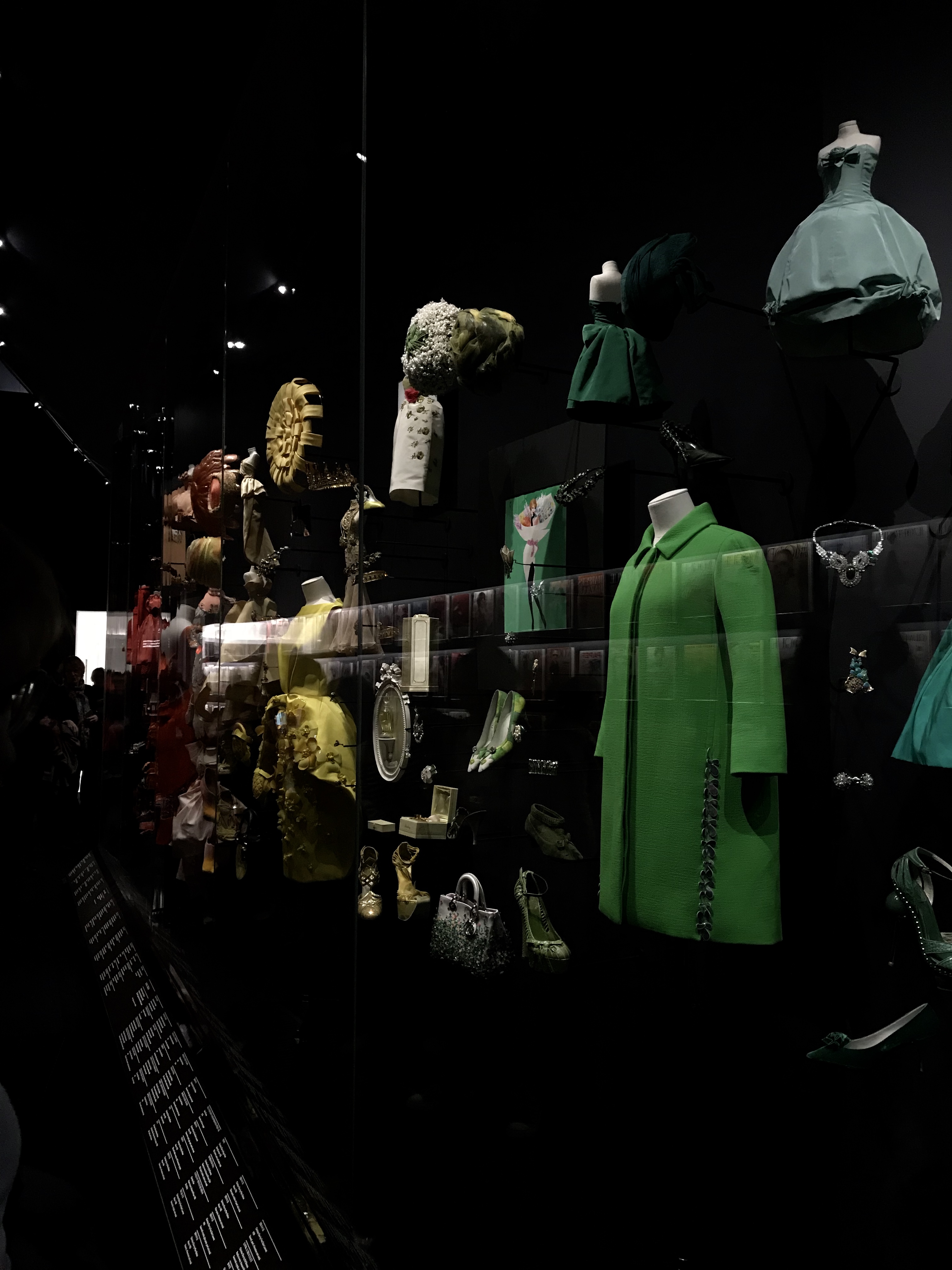 “At first, I thought the ticket was expensive. But my sister insisted so much that I decided to come, and I could have been more surprised” said Maria, a visitor from Spain.

With a remarkable structure, which impresses each visitor walking through the entrance stairs, the exhibition is the first to take place at the recently renovated Sainsbury gallery. The exhibition presents five hundred objects, from the evolution of Dior’s perfumes, films, fans, illustrations and material samples divided into themed sections covering Monsieur Dior’s interests and history.

Shortly after entering the exhibition, the visitor faces personal documents of the couturier, such as letters, paintings, drawings and invitations. This then leads to a part filled with pieces never seen before,  which are only a stronger confirmation of Dior being a confirmed Anglophile, such as a special gown for Princess Margaret’s 21st birthday. 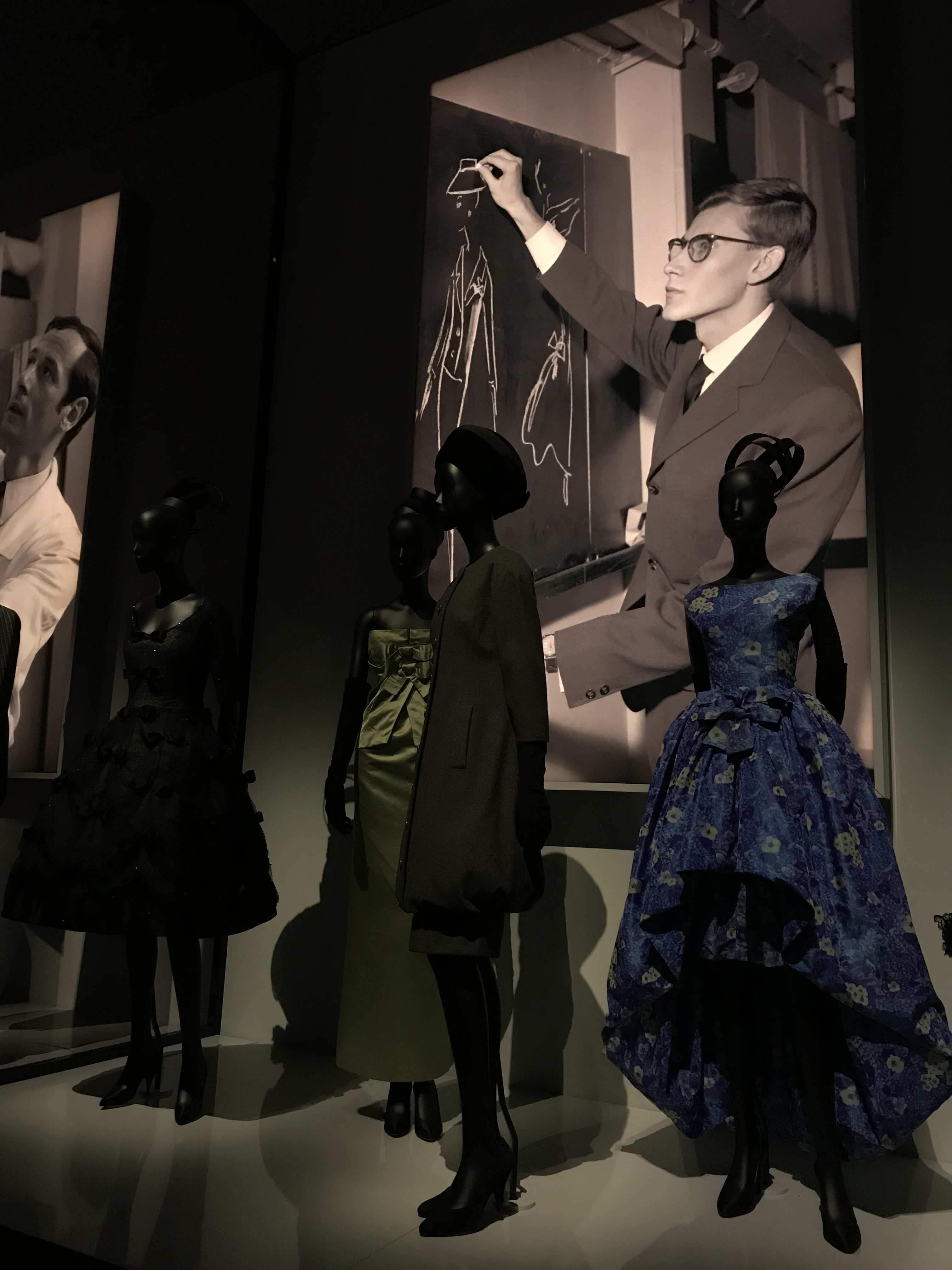 One of these sections, named ‘Travels’, shows the visitor how Dior’s adventures as a young man in Athens, Istanbul and other destinations have influenced his creations. ‘Travels’ is followed by ‘Designers for Dior’, which illustrates each of the six successors in chronological order with descriptions of their background, main influence, sketches, videos and iconic pieces.

Although is difficult to choose which of the exhibit’s rooms creates more impact, The ‘Garden room’ seems to most represent Monsieur Dior’s essence. The producers of the exhibition created a sky with pastel falling flowers, which connected to only to Dior’s passion for gardens, but the influence of the plants in his designs and his successors, such as Saint Laurant and Maria Grazia. For Dior “after women, flowers are the most divine of creations.” 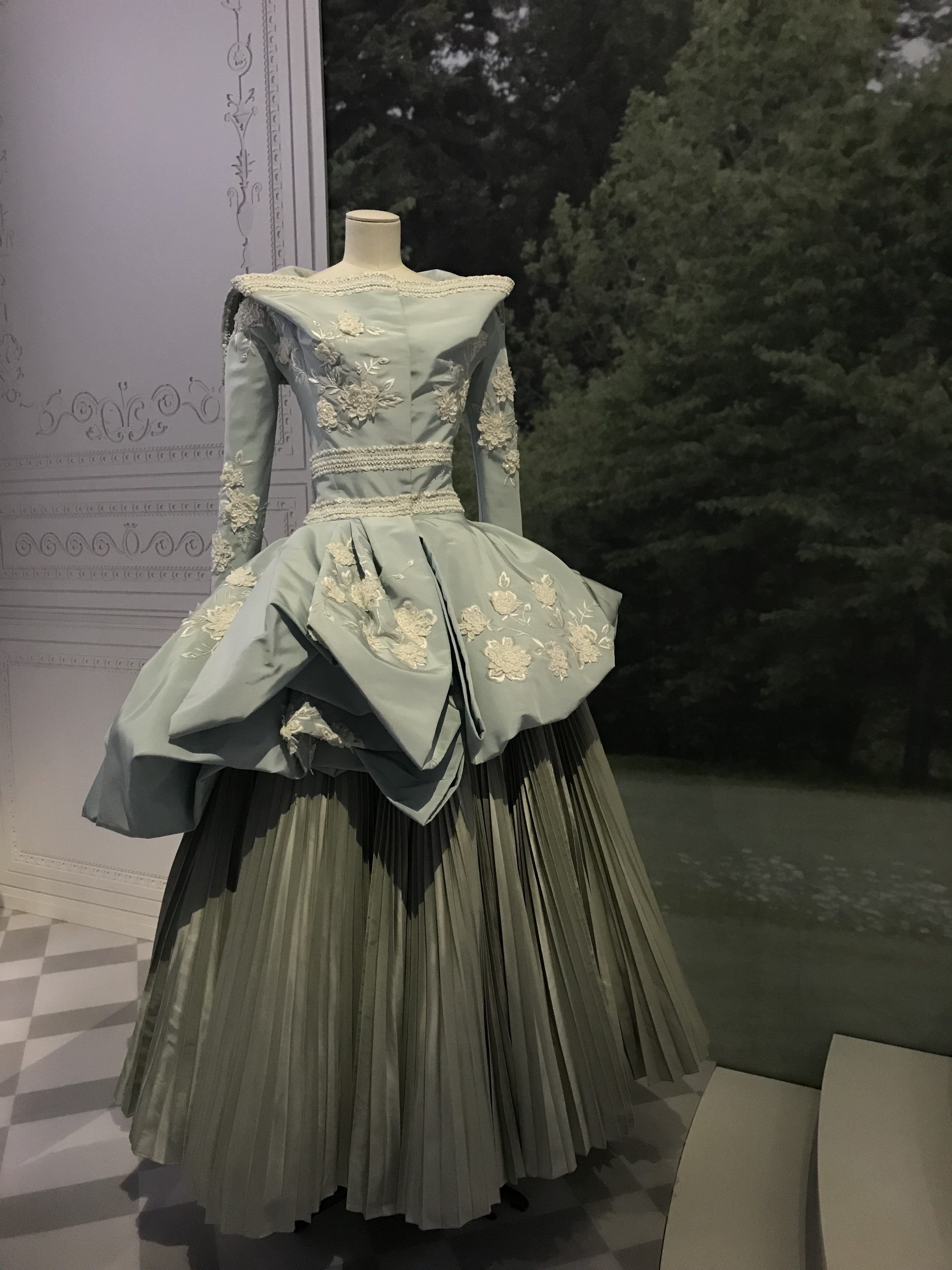 “Historicism” is another room that represents one of Dior’s main inspirations: the Belle Époque. With garments from all the creative directors of the Maison, the exhibition shows how all of his successors followed his inspirations and passions in their own personal interpretation according to their time.

The last stop of the exhibit is composed of ballgowns and evening dresses displayed in a circular room with modern lights and mirrors. These pieces, mostly embroidered and made in perfect cut, relish Dior’s passion for balls, “a ballgown is your dream, and it must make you a dream,” the couturier said in 1954.

The mastermind behind Christian Dior: Designer of Dreams is Nathalie Crinière, a scenographer from the Ecole Boulle and the Ecole des Arts Décoratifs de Paris. Nathalie owns an interior design agency and also specialised on exhibition design, having orchestrated exhibitions and windows for Hermès, Musée des Arts Décoratifs, Petit Palais and Yves Saint Laurent’s museum in Marrakech. Christian Dior: Designer of Dreams is a perfect example of an exhibition well thought and magnificently produced.

Featured image courtesy of the Victoria and Albert Museum, all other images by Nina Schmidt.