Is race a man-made ideal?

Arun stands silently on the pavement outside his secondary school, his neck dripping with melted snow. It’s only when the group of twenty-somethings drive around the corner that he allows a few tears to betray him, the shock, that only moments ago was consuming him, wearing down and being replaced by hurt. Throwing a snowball at a thirteen-year-old and shouting “Paki” isn’t the kindest action, that’s for sure.

That’s the first memory Arun Mukherjee, a twenty-two-year-old Indian, has of racial discrimination. It’s not the last: growing up in South East London saw to that. But despite the cruel experience Arun recalled, he stays determined that race shouldn’t be an acknowledged concept.

For so long, race has been a concept that both divides and segregates our generation: through racism, cultural appropriation and racial privilege. Nobel-prize winner, James Watson, has recently been stripped of his honorary titles after confirming that he believes darker skin tones correlate to a lower IQ.

But what if Arun is right and the concept of race doesn’t exist? If this theory becomes widespread knowledge, would it help or hinder the progress we’ve made in the 21st century? This raises the notion that race is a man-made ideal, by using our genetic make-up to work out if there really is a difference in people due to their skin tones.

Johan Moan, a professor of Physics at the University of Oslo, and Asta Juzeniene, a Postdoctoral Fellow at the Norwegian Radium Hospital, wrote a paper for the University of Oslo that explains why humans differ in skin tones, for people who have no idea about genetics. Early humans had darker skin colour to protect their blood vessels from the sun. Moan and Juzeniene affirm that darker skin is “able to withstand ten times more sun than white skin before the skin burns.”

As humans migrated to different countries, the need for darker or lighter skin was dependent on how much sun that country was exposed to. Light skin developed when humans migrated to countries with less sun exposure. Moan and Juzeniene state: “White skin needs only one-sixth as much sun as black skin to make enough Vitamin D.” Too much melanin in the skin caused Vitamin D deficiency because sunlight is harder to absorb through darker skin. 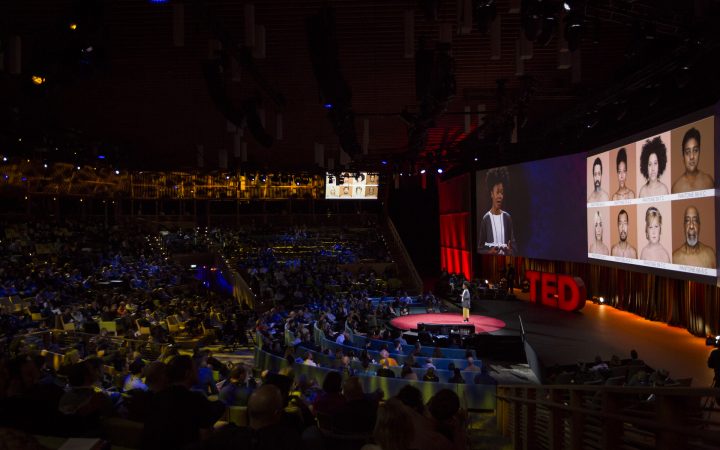 Being raised in South East London, Arun has been exposed to multiculturalism for his entire life. When questioned about race and if he thinks the concept of race being diminished, he says, “It’s the fine line where race meets culture. It hints at the idea that once we acknowledge this, we have the choice to ignore it.”

But even with the view that accepting this ideal will relinquish blame from racists, Arun also argues that the concept of race can be a good thing: “Sometimes you can gain confidence or find a common ground on someone based on your race, or the similar experiences. But on the other side, all non-racist people should believe is that you shouldn’t be thinking about what race someone is. It shouldn’t matter.”

With that in mind, Arun applies a diplomatic approach to cultural appropriation and whether it should be celebrated or discouraged, taking a few seconds before saying, “Someone wearing their hair a certain way or getting a spray tan: if you view these things from a purely non-racial point of view, it should be fine.

“But it’s that idea of people creating a new definition for themselves and what their race stands for because they’ve been met with such hostility and turning that hostility into something positive. For someone who wasn’t part of that to come in and take ideas, I can see how that is insulting.

“At the same time, if we reached a point in society where people weren’t looked down upon because of their race, we’d hopefully be in a place where people are not only okay with sharing their culture but actively seeking to share it with everyone else.”

As Arun says, the fine line between race and culture is what’s creating the blurs and boundaries that our generation is facing. If the concept of race is indeed a social construct, how comes this information isn’t widely accepted? Many believe that education is the way to target racism.

Arun explains how teaching other people, particularly people who have been victimised due to their race, can be misleading due to the substantial history of racial discrimination: “To leave that behind, to ignore the history, would probably be a bad thing.

“You can’t go on with the idea that race isn’t important, and also teach about Martin Luther King and how great he was. If you’re teaching the idea of race being man-made, you would have to look at it as a historical thing, but racism and the issue of race aren’t historical yet. We’re not at that point.”

Gavin Sutherland, the campaign coordinator from Show Racism the Red Card, told us: “In lots of ways, you’re constantly exposed to thinking about race or skin colour, because there’s so much negative messaging that’s easily passed onto people from politicians to adults who believe in these historical ideas that skin colour plays a part on who that person is. And that’s really easy to believe and that’s why these ideas have stayed around for so long.” 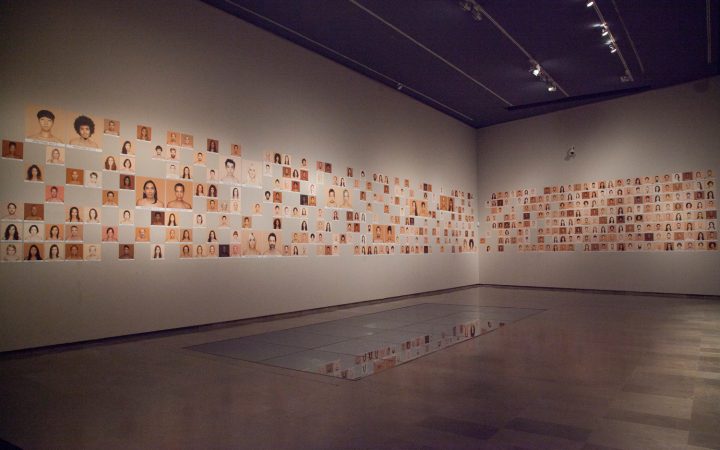 The Humanae Project on display in Valencia [Marian Leon/Humanae]

When asked how education can help change mindsets, Sutherland said, “Ideas are really difficult to kill. They’ve endured, but if you teach the science behind racism, you can’t argue with it. Particularly the use of activities that encourage young people to think critically about where information comes from and where ideas and stereotypes are generated is really useful because a lot of this is easy to deconstruct.”

The internationally acclaimed Humanae project uses many different skin colours to “challenge the myth of race”.

Angelica Dass, the photographer behind it, transcended museum walls and found in school classrooms a great universe of work, creating through her creative workshops a playful and trustworthy environment to help teachers and children think critically about the race labels that separate us.

Arun, meanwhile, recalls another story from his childhood: a light-skinned boy asking his light-skinned best friend why he hangs out with a “Paki”: “My friend stood up for me. Most people would like to think that if they saw something happen, they would intervene. If people actively put down racists, the victim isn’t thinking, ‘I’m only safe with the people who are the same race as me.’ They’re thinking, ‘I’m safe with the general public, out in the open, mixed in society because I know the people around me would step up and support me.’

“We’re breaking down the levels of racism that is happening. Larger scale racism has not been okay for a long time now, but even these small comments and digs that can really build up over time, we’re saying that those are not okay either.”

To find out more about Humanae’s educational initiatives, visit www.humanae.org.