It is May 25, 2005, Ataturk stadium in Istanbul is slowly filling up with 76,092 fans who travelled from all over the world to watch the UEFA Champion’s League final between Liverpool and AC Milan. Another two million people are hooked to their TV for live coverage of this match.

The atmosphere is remarkable as the players make their way to the field. The first half is challenging for Liverpool as they wind up trailing 3-0, and to some degree realising that comeback against the incomparable Italian team is close to impossible.

The second half starts and Liverpool does the unexpected; they score three goals in the span of six minutes levelling the score at 3-3. The crowd is going wild, there are wild emotions in the air. A match that AC Milan should have won easily changed in Liverpool’s favour taking It to the penalty shoot-out that ended in Liverpool winning and breaking AC Milan’s hearts.

This is the beautiful game – this is Football. 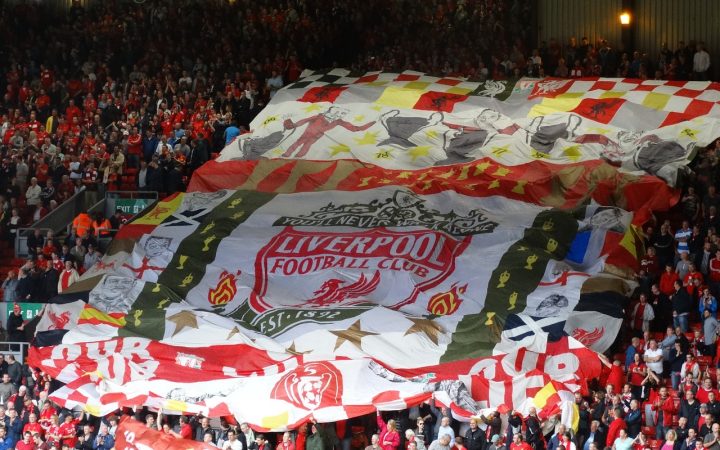 Since then the game has changed in various ways. Liverpool have gone through a drought of 14 years winning only one trophy. AC Milan lost its reputation as one of the best clubs in Europe and the players, well they carry a huge price tag on themselves.

Money has become the most important thing in football and to some extent, it may be ruining the game that is loved by millions. In 2018, the English Premier League spent £1.86 billion, the highest amount spent in a single season in EPL history.

Two-thirds of the expenditure was by the top six teams in the league while the bottom teams accounted for the only one fifth of the spending. Arsenal’s former manager Arsene Wenger stated that because of the insane money being spent by some clubs, the competition itself is being destroyed since the more money you spend the better players you can buy.

This is true if you look at the recent table of Europe’s big leagues. A team that a decade ago was considered only average now sits on top of the EPL table having spent £316 million last year.

Manchester City has surpassed all other teams in spending the most money in the last two years. Paris Saint Germain (PSG) are on top of the table in the French league and have spent £383 million while the team in second place has only spent £63 million. These increases in the spending in all of Europe’s football associations has made the game rather one-sided.

The players have also changed their priorities, instead of following their dreams and building a legacy they follow money and fame. An example of this would be Neymar who played as a forward in Barcelona for four years. His lethal trio with Luiz Suarez and Lionel Messi was feared by even the greatest teams. However, he transferred to PSG with a record-breaking fee of €222 million (£192m) making him the most expensive player ever. 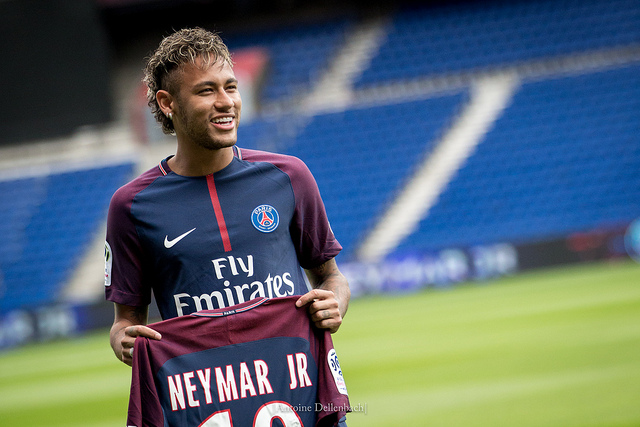 Compared to other competitions, the French league is relatively easy as there is less competition. In the World Cup 2018, Neymar spent 14 minutes on the ground all together after being targeted and fouled. This is evidence that because of playing in rather an easier league he now has a tough time playing against big teams and also the decrease in his fitness level.

With football becoming a business for the rich, by the rich, another aspect that has faced backlash is the talent of young players that are going to waste as their clubs don’t offer them a chance to play. Big clubs such as Manchester United, Chelsea, PSG and Manchester City are known to have the best academies. However, instead of nurturing their young players and youth teams they buy in talent instead.

For example, Mohammad Salah was bought by Chelsea for £11 million in 2014. Salah was hardly given any match time and was on the bench for most of the season. Fans had made up their mind that he was a flop.

When Liverpool bought Salah in 2017 he went on to score 32 goals in 36 games breaking the club’s record for the most goals in a debut season. The difference was that Liverpool gave him more time and patience to adapt his game which is really crucial for a player in his prime time.

Lastly, money has apparently damaged the commitment of the game as players and managers have become arrogant after being offered endless money early in their career. Jose Mourinho, former Manchester United coach was sacked by the club for a rough start to the 18/19 season. He was thought to have lost the dressing room. Mourhino bought Paul Pogba, a World Cup winner in 2018, to Manchester United from Juventus for a fee of £80 million however his performance was not to his standards. 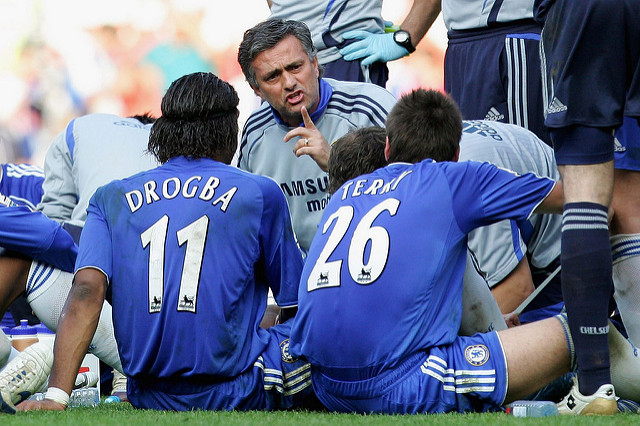 To become better you need to do better [Flickr: In Mou We Trust]

This resulted in a feud as the manager demanded respect. In an interview, Jose Mourhino stated that if you ask a player to show more commitment, hard work and hunger, it gets you fired. Earlier, in the times of Frank Lampard, John Terry and Steven Gerrard, if the manager demanded something the players worked together to achieve it. Football was treated with respect and integrity.

Mourhino is known as “The Special One” in football for his tactical knowledge and having won 25 trophies in his career. He is labelled as one of the best managers of all time.

As time progresses so will football and the money involved in it. There will be more investing in the leagues and other record-breaking signings, this is a competition that will prolong gradually.

Be that as may, there are still moments in football that knock you off your feet, goals that demand to be re-watched from time to time, and farewells that leave millions in tears. The players may not respect football anymore but the fans always will.