The sounds of Meggie Brown

In the back room of The Shacklewell Arms, Dalston, Meggie Brown creates an energy that is vibrant and contagious. It is hard to believe that the seven-piece band have only been performing together for a matter of months, after a controversial change in the lineup.

“Something in my stomach didn’t feel right,” says Meggie Cousland, the lead singer, of the other three original members. “I always feel [that] with these things, it’s got to be mutual, and I felt very strongly that it was the right thing to do for everybody to move on.” 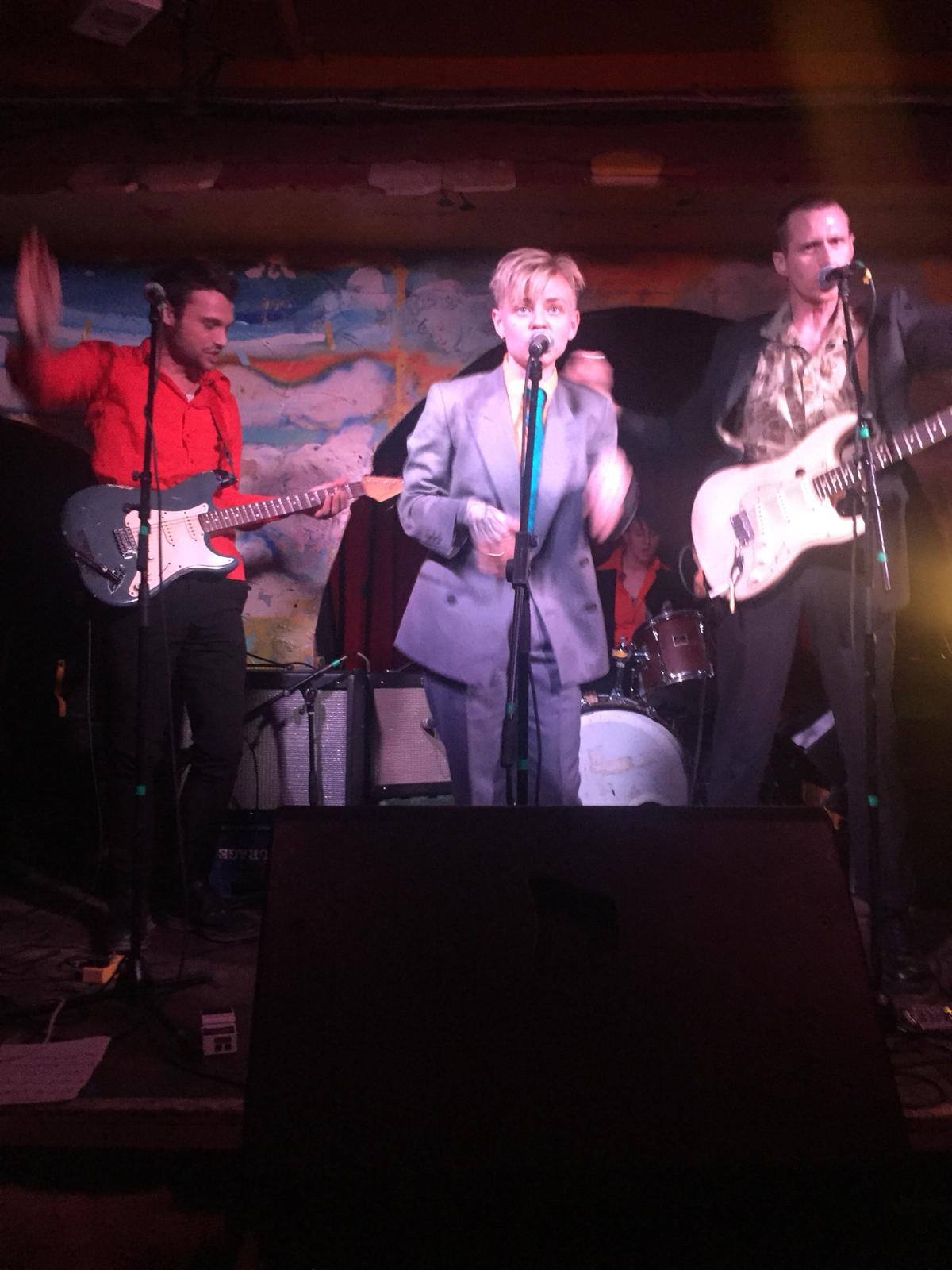 Born from an idea and passion by Cousland herself, Meggie Brown began their days in a secluded mansion’s attic in Southgate, engaging in daily songwriting and rehearsals throughout the summer of 2016. “It was a magical place, surrounded by five acres [of land],” she says. “I’m not a mystic person, but there were good vibrations in that place. It wasn’t haunted with badness, it was haunted with goodness, and there was an energy there that was really wild.”

Performing live was new to all of the original members, and so it felt only right to host their first performance as Meggie Brown at their enchanted mansion. “It was definitely shambolic and chaotic, as we had never played a show as a band before,” she reflects on the insanity and overwhelming response of 400 guests, which led to her ultimate eviction from the property. With only 24 hours notice to vacate and find a new home, Meggie found herself reaching out to old connections and finding a new place at the Manor House warehouses in North London.

As she paces around the same room that she first settled in over a year ago, once derelict and neglected, yet now full of personal touch and sentiment, you can sense the intensity and the passion Cousland has for both her journey individually and with the band.

The space she initially describes as “smelling of cat shit” now hosts everything needed to practice and perform. There is also a collection of posters and various suits that encompass who Meggie Cousland has grown to become, and the home she has found herself encapsulated by.

When asked about the shift with the band’s original members, Cousland is not shy to speak of the cracks that began to show after their first year of gigging. “We did a three-day tour with Franz Ferdinand, which was a baptism of fire, because we went from playing our first show at the Mansion to, ten shows later, playing Brixton Academy. So, we weren’t quite ready for that, but we were at the same time, and I’ll always be grateful for that experience.” 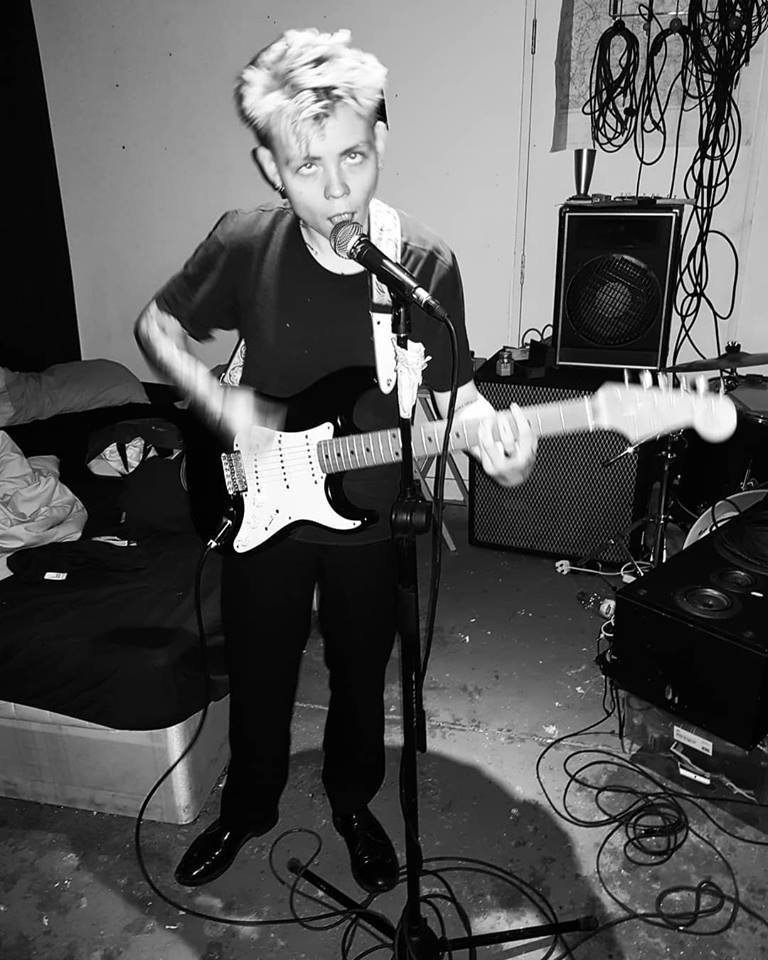 Meggie knew something wasn’t right, but with the freshness of the band and new experiences that came with it, it became difficult to put her finger on what needed to change. “I had a connection with them still, so it was a really confusing situation. I didn’t know what the vibe was with bands really, all I knew was that I had a bunch of songs I had written, I knew that I wanted to do this, and I had these people who wanted to play with me that felt right at the time.”

After touring with the band Bodega, the disconnect between the members became apparent, and after going through all of the motions, Meggie decided that it was time to move on. “I had 50% of people of telling me not to do it, and 50% of people telling me to do it, but the day that I said to everyone that this would be our last show together, a weight had been lifted.”

“I felt with the previous band that was lost, and I think that’s the part of me that was being suppressed. I want to want my band members, I don’t want to need them, and as soon as I feel hostage within a creative pursuit, it needs to end.” 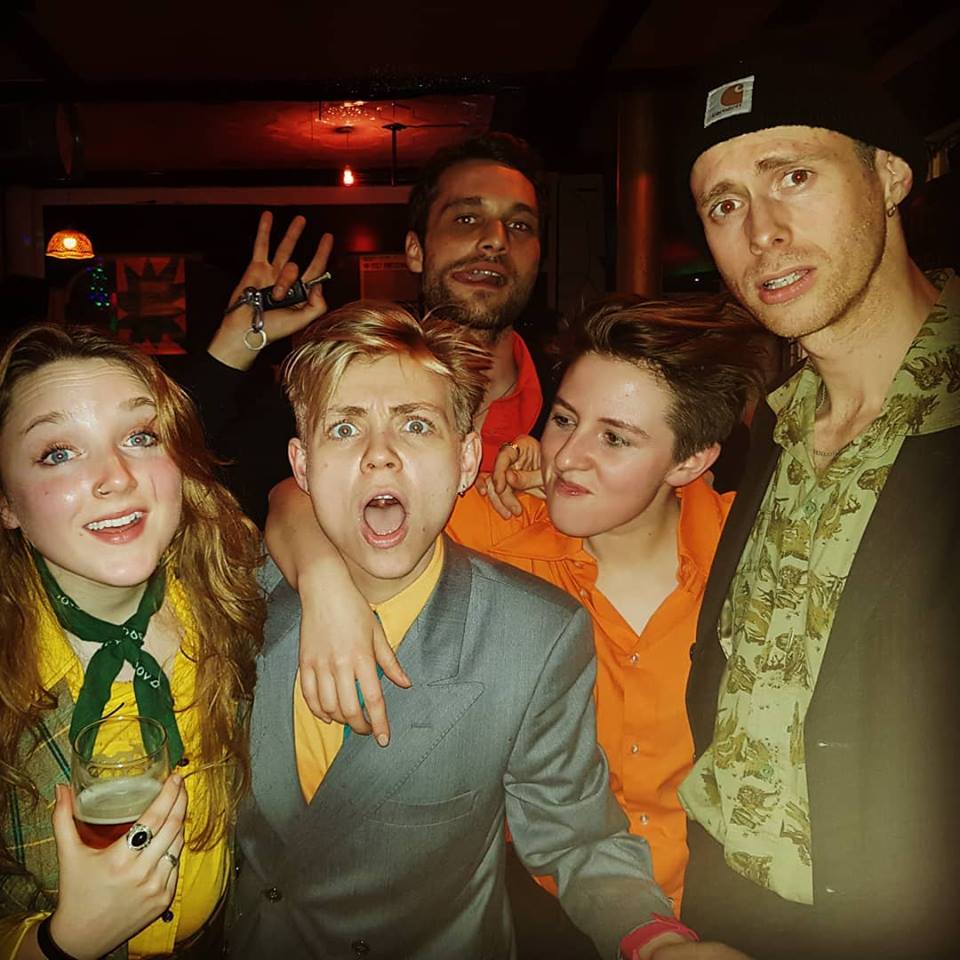 Five members of the seven-piece line up [Meggie Brown]

Now on the drums is Kayleigh, whose talents Meggie speaks of profoundly, accompanied by Lee who plays rhythm guitar. “He was the first new member I met, and he just understood the songs. As soon as he walked into the studio for a meet and greet, it was complete fireworks, and it made me realise how it could be,” she says. “He had this massive smile, gorgeous soul, and we’ve pretty much spent every week together since then. I can’t imagine life without him, and now I know what that camaraderie can feel like.”

Charlotte joins Meggie on the vocals, with her quirky and bright personality, she is a welcome addition to the band. Tom, who originally played keys and saxophone, now graces the sound of the guitar, alongside Rachel on keys and Annie on bass. “Annie fits the band and is beautiful,” says Meggie. “She brings this chemistry from being in a band with Rachel.”

Meggie also speaks fondly of Pete, owner of the label RIP, and Lucy, who works at Eat Your Own Ears, for their guidance in managing and overseeing Meggie Brown. “They’re really cool and great managers,” she says. “It’s been really great having them around, and now they’re family.”

Initially, the previous members identified with a black and white theme, yet this became an idea that Meggie thinks the new line-up have outgrown. “I said to the new band that I liked to keep it black and white, and that was how we played a few shows. Yet as I looked around, I knew that something didn’t feel as fun as rehearsals, which is where the magic and fireworks happen,” she says.

“They’re such colourful people, who have big grins on their faces, and they bring everything to life that they play, so I just didn’t see black and white anymore,” says Meggie. “I thought that’s just how it is now then, these people aren’t going anywhere, and I don’t want them to, so I’m going to attempt to come into life with them.”

With hits such as Coming Back Again, 10/6, and new material on its way called D for Danny, the collaboration between the writer and the band remains at the core for Cousland. “My songs are nothing without the band bringing them to life. The songs need the band, and the band need the songs, and that’s why we’re equal. It doesn’t matter that it has my name all over this band when we’re on the stage together, it’s a unified thing.”

Meggie Brown are beginning 2019 with excitement and a new sound. “The writing has become a lot more playful. There’s a lot of mental health going around everywhere, and when we started out it was a more serious take, but I’ve definitely taken a more playful approach to the writing,” she says. “The absurdities of life are where my music has gone. What’s going on? Where are we? I don’t even know, do you?”

Cousland tells us of her devotion to her grandparents, whose spirit and determination, despite a challenging working-class upbringing, she admires and adapts to her own life. “They just worked their way out of it with a smile on their face. Sometimes you just need to ride it out, because nothing is forever, but we have each other.”

The future for Meggie Brown remains unpredictable, yet that is exactly how she likes it. “If you asked me two years ago, if I would be doing this right now, I would be excited by the idea of it. I am cautious of aspirations and expectations, but I would like to see the band touring. I want to be stuck in a van with them on a motorway, they’re that great.” 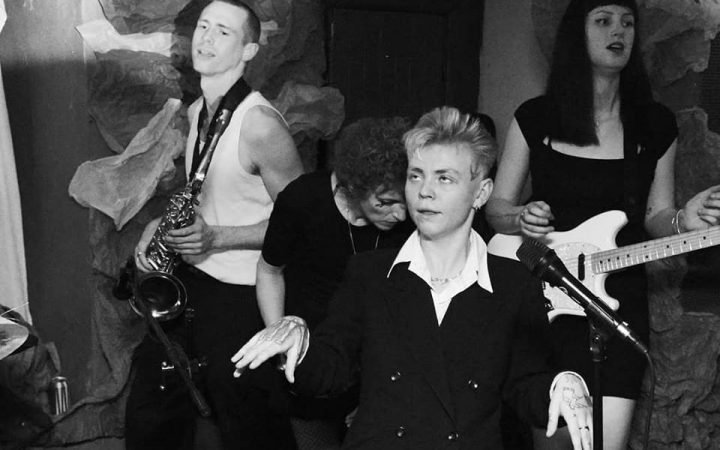 However, one element that remains consistent is the creative freedom that ketamine has given to the singer. “Ketamine allowed me to write, and it saved my life,” she says. “So if it means my songs are illegal, then how rebellious.” Her open honesty regarding drug use is enlightening in a society that has learnt to suppress recreational interests, as she jokes freely that her music is through the eyes of the ketamine user.

As I watch Meggie on stage surrounded by a support system and band that brings out her brightest, most enthusiastic, and inspiringly honest side, I find myself caught up in the excitement of it all. The audience’s faces are a reflection of those on stage, engulfed by the invigorating atmosphere that consumes you, a crowd of drunk and excitable fans, old and new.

One thing is for certain, it’s that wherever Meggie Brown goes next, will be full of life, frenzy, and colour.