How a South Londoner reinvented the takeaway

Ordering food online has been around for years. Pizza Hut was the start of the revolution by taking its first online order in 1994 and since then paved the way of many other restaurants to do so.

As of today, many online food ordering companies such as Just Eat, Deliveroo and Uber Eats have made it more convenient to order food online, not just to your house but right from your smartphone in a few easy steps.

“This is why south London is the best! Trap Kitchen is a God send“

“For every £1 that UK consumers spend on food, 12p is spent on takeaways,” says Joshua Walker, who provides Market Analysis for IG Group Limited. “It’s a booming business.”

According to a report by NPD, the United Kingdom’s food ordering market has “grown from £2.4 billion to a burgeoning channel worth £4.2 billion as of February 2018, a 73% increase.” So, if you have not opted to become a partner of one of those online food ordering companies, you may be missing out.

There is one individual, however, who seems to have turned the food ordering industry on its head and created something of a cult following for his restaurant.

Prince Owusu, 27, who also goes by the nickname ‘Shakka’ to many Londoners, embarked on creating a takeaway social media restaurant legacy from his mother’s kitchen in South London. However, he chose to take an alternative method of delivering the food straight to customers. Shakka has taken a page out of the original McDonalds restaurant inspiration from their first-ever restaurant.

A Social Media Restaurant is a new and improved concept of food collection. Orders are made using old traditional food ordering tools such as text, calls and e-mail combined with the menu only being accessible exclusively via social media. 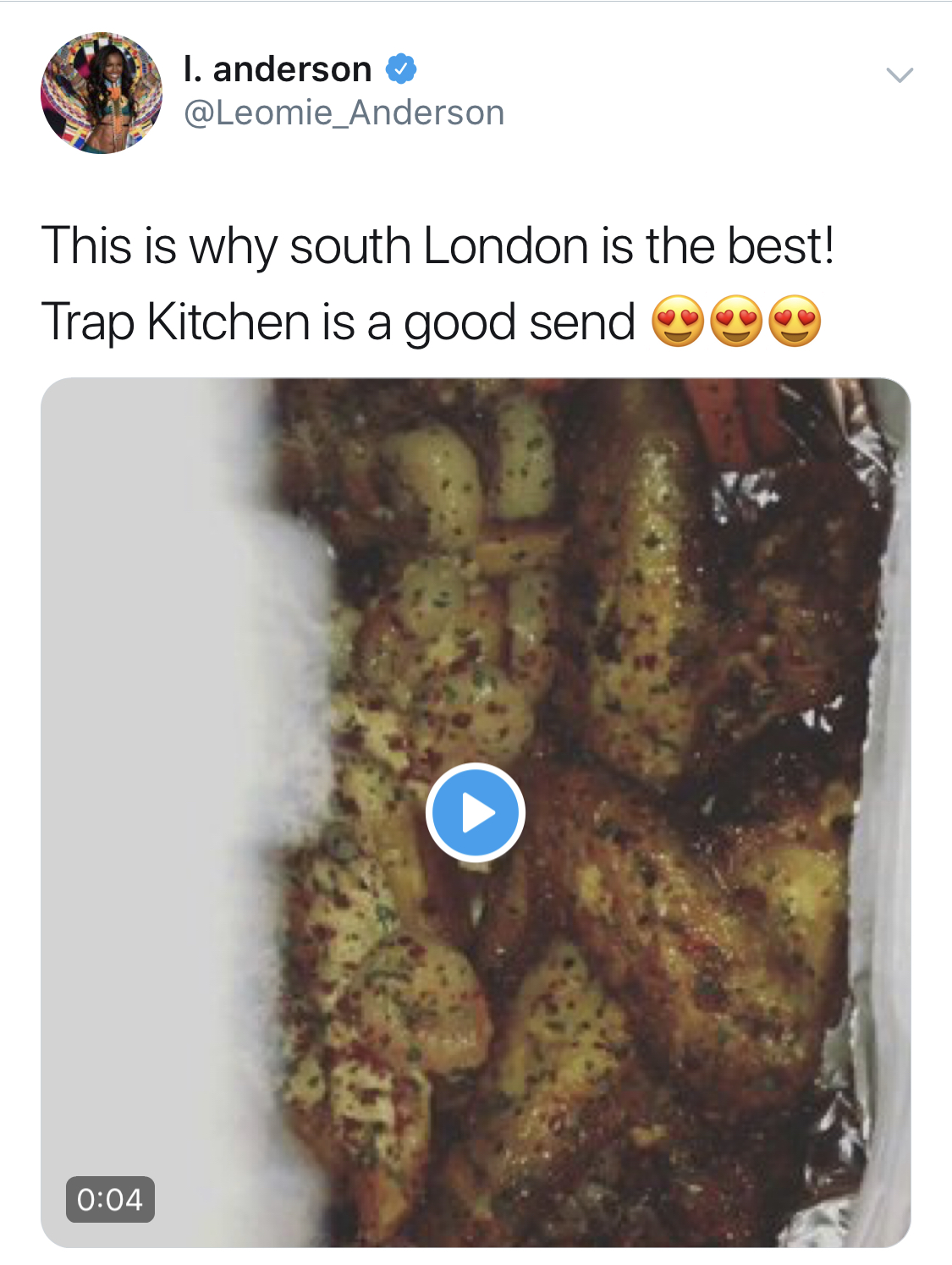 In 2016, Shakka started cooking soul food after being inspired by the cuisine he ate while on holiday in the United States. Shakka began to photograph his meals and share them on his social media profiles.

This resulted in his friends jokingly asking him to cook for them. It then hit Shakka to act upon these requests and start selling his food, as his cooking was loved by many people and he knew it would be a great business opportunity.

Shortly after, his following started to grow and his meals were going viral all over social media. Just like that, TrapKitchenUK was created.

The concept revises McDonald’s first restaurants where people would drive up and employees would bring fast food to your car. Shakka would post a menu daily and the time that ordering was available. You must act quickly to be in a chance of grabbing one of his ‘Ballers Combo’ meals. If selected, you are then given a pick-up location and you must drive up and wait for one of his ‘runners’ to bring the meal down to you.

The likes of Victoria Secrets model, Leomie Anderson, YouTuber Terrol Lewis and Nikita have all tried TrapKitchenUK and raved about how ‘amazing’ it was.

“This is why south London is the best! Trap Kitchen is a [God] send,” Leomie Anderson tweets.

His huge following has landed him on the hit BBC TV show, Million Dollar Menu, and has now allowed him to open his first restaurant in Manchester, still using the social media restaurant concept in that location.

Currently, they have more than 120,000 followers across all social media platforms and TrapKitchen is continuing to expand.

Shakka is also in talks about opening back up the Trap Kitchen London restaurant as well.