The playground can be a war-zone for the toughest of kids; dodging footballs, running from games of Bulldog and avoiding the gaze of dinner ladies define our school lives. But, for those that grew up like Becky, the story is a very different one.

Having been diagnosed with type one diabetes at the age of eight, Becky has faced the daily challenge of monitoring her condition since she was young, testing her blood and injecting insulin several times a day. Extreme complications like blindness, kidney damage or even amputation loomed over her head. 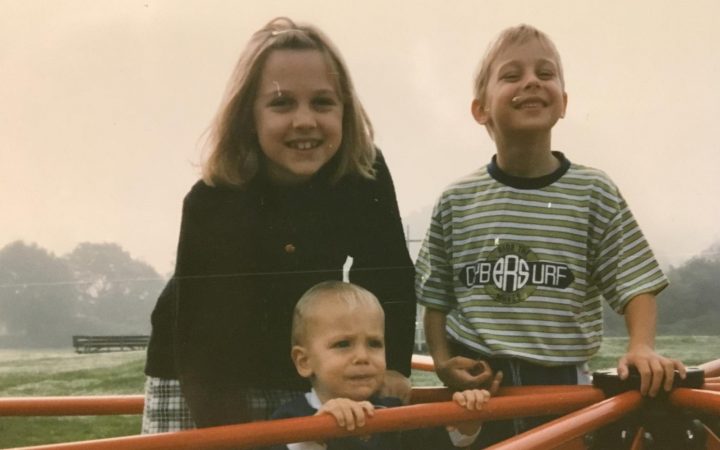 Becky (l) was diagnosed with type one diabetes in primary school.

“I was diagnosed when I was eight years old, so I’ve been suffering from type one diabetes for 22 years,” Becky says. “It’s a struggle, diabetes is very draining. There are days where I have no energy at all and the symptoms can be scary.”

According to Diabetes UK, a leading charity in the field, approximately 3.7 million people suffer from diabetes across the UK. Of those diagnosed, approximately 10% are type one. Unlike type two diabetes, type one is not developed as a result of a poor lifestyle or diet. In fact, the medical world is still largely uncertain as to how it develops.

Both types of diabetes affect the way the body regulates glucose, the fuel that feeds the body’s cells. This fuel requires insulin to be used, which is affected by the condition. Type one diabetics don’t produce insulin in their pancreas, so the glucose in their system, or blood sugar, can fluctuate and cause complications.

“I was bullied at school for injecting myself.”

In most cases, diabetics will use a finger prick test to monitor their blood sugar levels throughout the day, injecting insulin accordingly. Despite the medical necessity of this treatment process, a stigma surrounding diabetes treatment persists, particularly in schools and other public environments.

“I was bullied at school for injecting myself, which I did for years before I was put on the pump in 2015,” Becky says. “I was diagnosed with depression and anxiety in my teens which was triggered by my diabetes. It was tough learning to live with a condition that I’ll never get rid of and that requires 24/7 attention.

“The bullying took its toll on me. I stopped looking after my diabetes, I stopped injecting and struggled with suicidal thoughts. Even now I won’t go swimming with my little boy because of my scars and the cannulas in my tummy.” 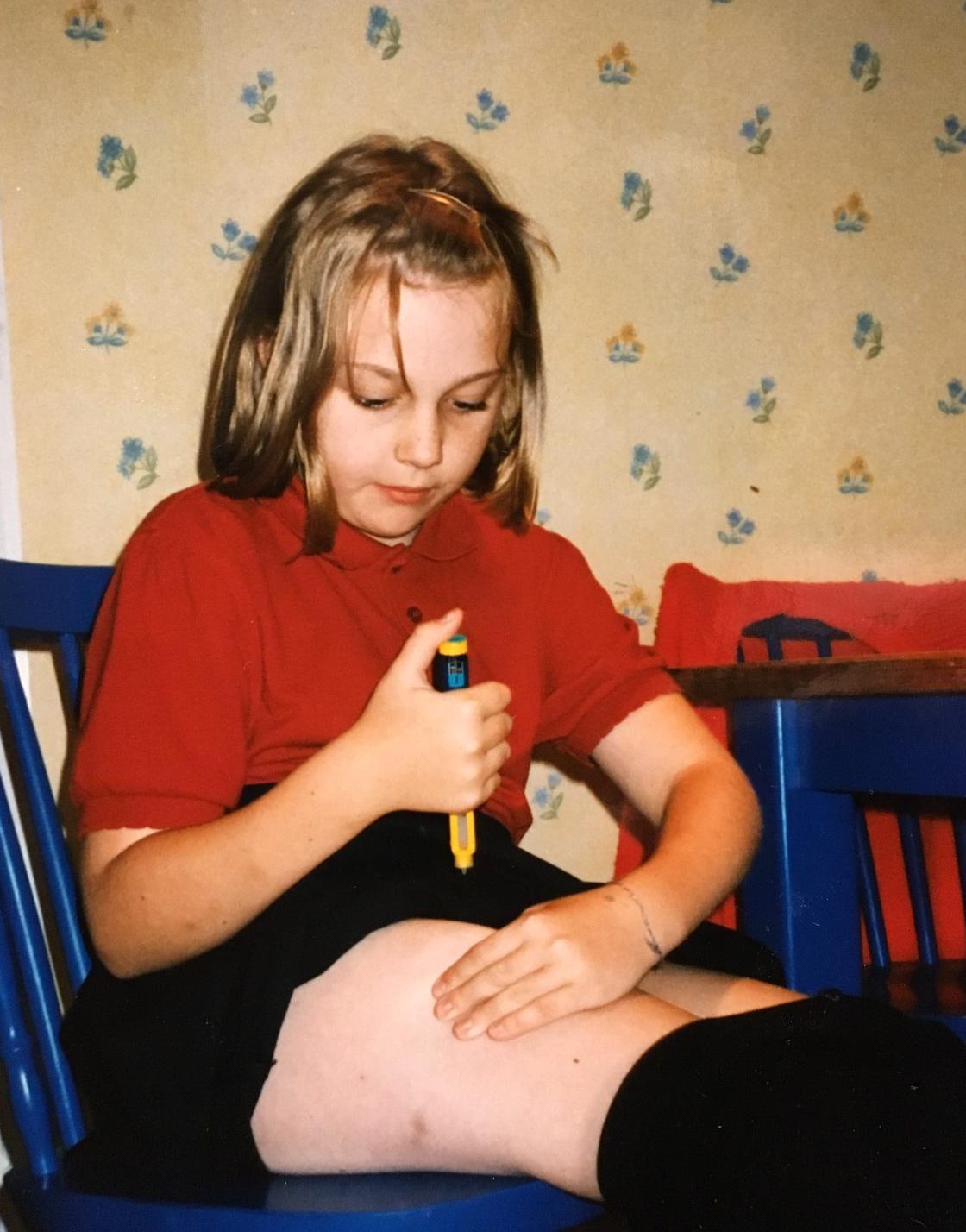 Becky was bullied for injecting insulin.

According to estimates, the UK has the fifth largest number of children with type one diabetes in the world, which has led some to campaign for better education surrounding the condition in schools.

“We don’t fully understand why more children in the UK are developing type one diabetes than almost anywhere else in the world. But the fact that the rate is so high means it’s especially important that parents know the symptoms,” said Barbara Young, Chief Executive of Diabetes UK.

“Type one diabetes is a serious condition that can lead to devastating complications and an early death if not managed properly,” she adds. “This is why children with type one diabetes need to be set off on the right path in terms of managing their condition right from the beginning. It’s a tragedy that all too often this isn’t happening.”

In 2015, a petition was started to have the symptoms of type one diabetes added to the ‘Red Book,’ which is given to all newborns in order to log and monitor their early health.

“I really think there needs to be more awareness in schools, but also in antenatal classes and midwife’s training. it’s so important to spot symptoms early and to know how to deal with them,” Becky says. “As a mum it’s scary to think that this information isn’t given to more parents, especially considering that if diabetes is left undiagnosed you can die of diabetic ketoacidosis.”

However, even after diagnosis, complications with diabetes can be fatal.

A ‘hypo’ is an example of one such complication, highlighting the damage poor blood sugar levels can have to diabetics. Short for hypoglycaemia, hypos affect many diabetics and are often the result of a mistake with medication or an issue with diet. Hypos can occur suddenly and treatment should be delivered quickly and correctly.

“I can’t count the number of times I’ve had a hypo and someone’s asked if I need insulin instead of sugar,” Becky says. “That would decrease my blood sugar levels more and make the situation even worse,” she adds.

“I laid on my bed shaking, I thought I was going to die.”

Hypos are characterised by symptoms such as: trembling and feeling shaky, sweating, feeling anxious and irritable, going pale, palpitations and blurred sight.

“A couple of months ago I had a tummy bug and was really unwell,” Becky recalls. “I went to bed and woke up 30 minutes later. I was shaking, sweating and had blurred vision. I knew I was having a hypo, so I checked my blood sugars and it confirmed I was low. I had four jelly babies, waited a while and tested again, but I was still low. This happened several times and my sugar levels wouldn’t rise. I started to feel I was losing control,” she says.

“I called out for my husband and he ran up with my glucogel, which is a sugary paste that you squeeze into your mouth and that works really fast, but that didn’t work either,” she adds. “I started to get violent and lost control. I was crying and frustrated. I lay on my bed shaking, I thought I was going to die. When the paramedics finally came, I was taken straight to the hospital. I found out that because of my tummy bug, I wasn’t taking on sugar properly, but it was so scary at the time.”

A lack of understanding regarding the severity of type one diabetes is also reflected in many working environments. 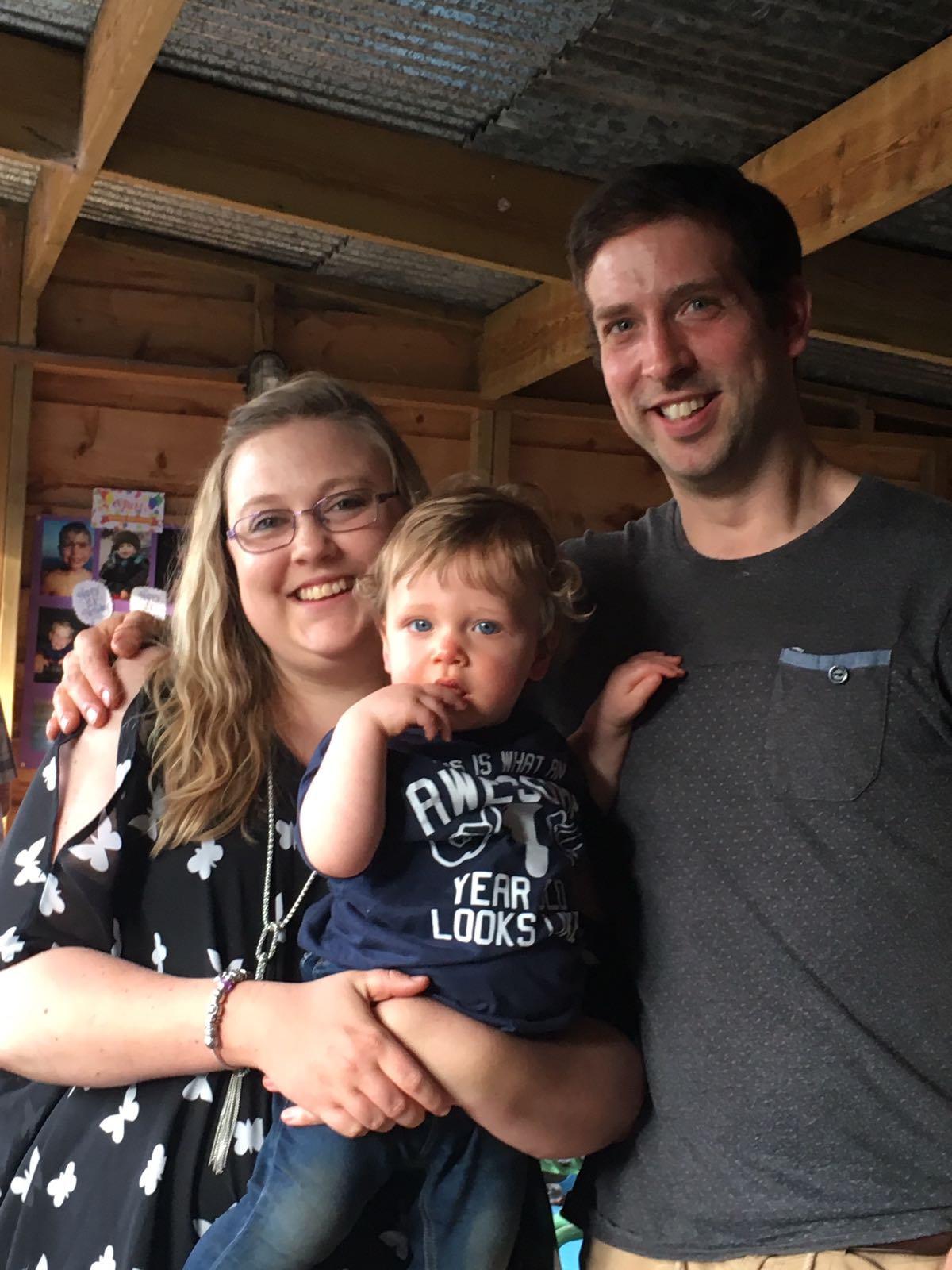 Becky hopes that more understanding of type one diabetes will make life easier for people suffering with it.

“I really struggled to manage longer shifts in the hospital where I worked as a nursing assistant. I was having a lot of time off due to illness because of the way type one diabetes affects your immune system,” Becky says. “It was also hard to eat at set times, especially when you’re so busy. Taking the time to sit and have a snack is easily forgotten when you’re looking after other people too.”

“I felt supported by my manager and colleagues, but I found it really frustrating when I was ill and had to go through a ‘return to work’ meeting every time. It almost felt like I was being punished for a condition that was completely out of my control. It would be nice to have a different system or arrangement in place for people who have chronic condition’s like me and might need more allowance,” she adds.

Although some advancements in technology have made keeping on top of diabetes easier, they also present their own complications.

“I have a Continuous Glucose Monitor (CGM) now, which, unlike the pump, isn’t available on the NHS. I use this as it gives me a graph of constant information on my sugar levels. It will alarm if they are too high or too low, so I can act before it becomes a bigger issue,” Becky says.

With parts ranging from £60 to £1,000 for a full standalone system, advanced diabetes care can prove inaccessible for a number of people, highlighting the continued need for investment in research and education.

The UK has been a pioneer for many advancements in diabetes breakthroughs, with recent achievements including progress in vaccine therapies, non-invasive blood glucose monitoring and advancements in artificial pancreas development.

“As much as I hate to admit it, diabetes impacts my life a lot,” Becky concludes. “It’s not all the time and it’s not always in massive ways, but it’s definitely impacted my personal and professional life greatly.”

All images by Becky Dawson & PhotoMIX