The Feminist Library: Saved from closure 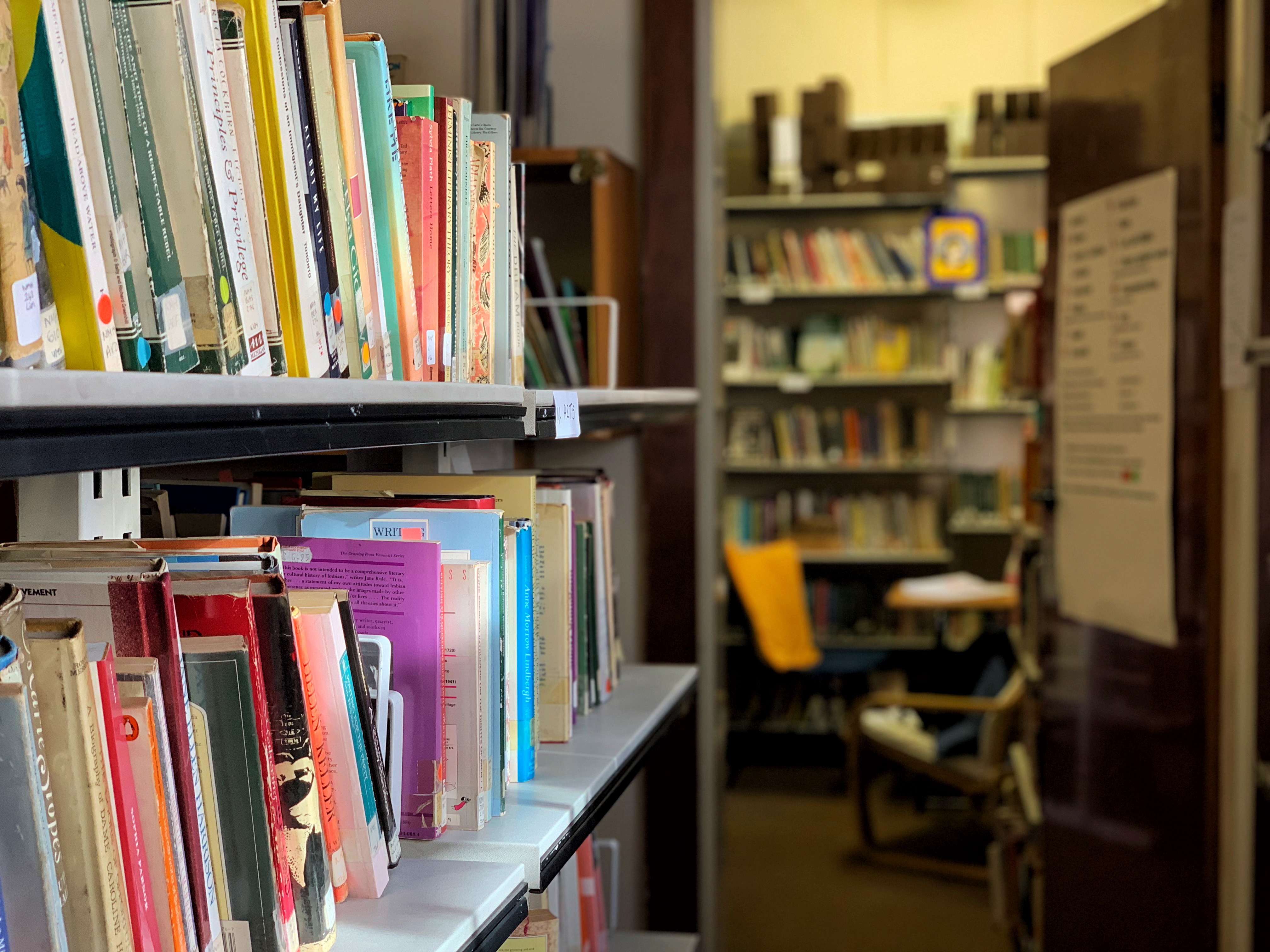 After being evacuated from its Southwark home of 40 years because of rent increase threats, The Feminist Library is now moving to a new community space in Peckham. Following generous donations from supporters, the Library has raised £35,000 in 86 days via crowdfunding, securing the future of the ‘herstory’ archive.

The library has been fighting a long battle with Southwark council, who threatened to make the library pay market rent, which meant a 110% increase on their usual rent.

This meant that the collective would be forced to evacuate the premises by March 2018 if they were unable to pay. Coincidentally, this was the also the first day of women’s history month, something which Magda, the fundraising coordinator, ironically points out was perhaps not considered by the Council.

After running a successful petition, campaign and demonstration, the council allowed the library to remain at the site with no rent increase. However, with plans to convert the building into offices, the Library will still have to vacate the premises by Spring 2019.

The council proposed a new location, the Sojourner Truth Community Centre in Peckham, which is now their new planned home. 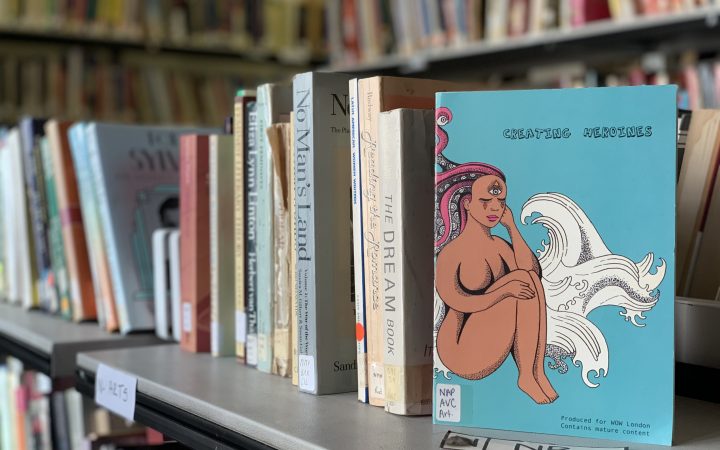 A showcase of the feminist library collection. [Credit: Martha Rawlinson.]

Magda Oldziejewska explains: “It has worked out well in the end, the only downside of the move is it that it is further south but Peckham is a very buzzing community area. The new home is an active community space, not like this site which has been inactive for some time. It is also 50% bigger so this will allow us to do a lot more with our collections and our events.”

The collection is made up of 7,000 books plus 4,000 more that are being processed at the moment. “We get many donations from second-wavers, women that are passing away or downsizing, they don’t have the space to keep the books so we are one of the few places that actually accepts all donations because we are on a mission to save women’s history even though we have a space issue.”

The Feminist Library is London’s largest women’s archive, currently hidden behind an unassuming façade on the second floor of an unused council building, to the average eye, it’s invisible.

You may not know that this South London space is home to more than just a collection of books and articles, it a communal hub welcoming everyone who is keen in educating themselves on all things related to feminism. 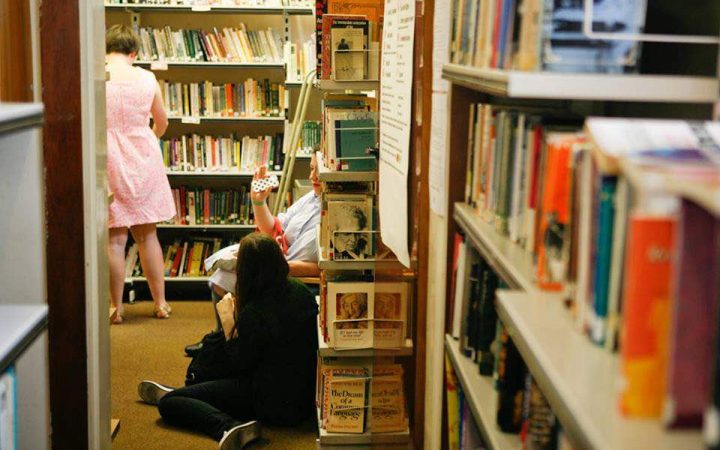 Theory and fiction rooms within the feminist library [Martha Rawlinson]

Additionally the library hosts a number of events including book signings and arts and crafts classes, however, the limited space meant the collective had been restricted. The new space will now allow the library to expand their programme by seating 120 people at their regular book readings and events. Funnily enough, when we met Magda she was carrying two pillows; two extra seats for the evening’s book reading about witch hunts.

Founded in 1975 during the second wave of women’s liberation, the Library has an impressive collection, bringing together the old and the new. With a mixture of unique feminist materials, periodicals, literature, archives, zines and magazines some of which dates back 43 years. Magda explains that the archive is increasingly important in the digital age:  “Digital media and the nature of it is built in obsolescence if you like, it’s really hard to preserve. We have got into this mindset that if it’s online it’s always going to be there however that is not the case. That is why it so important to do this work.”

This particular archive is an important resource for women’s history, explains Magda as she presents me with an impressive hand bound album of photographs from Greenham Common, which were a series of women’s peace camps which protested against nuclear weapons.

The bulging collection of otherwise rare photographs was not accepted by other archives as they are not presented using the correct archive glue. This is just one of many rare artefacts preserved by the library, that would not have been otherwise accepted by other repositories.

Such items are rare: “Most women at the time were more concerned about doing things rather than conserving the history, not many took photos, people did not really keep diaries because everything that was happening was confidential,” explains Magda.

Having preserved such rare artefacts from its opening 43 years ago, this unique space holds a special place in the hearts of not only recent volunteers but many second-wave feminists, many having volunteered since its opening. 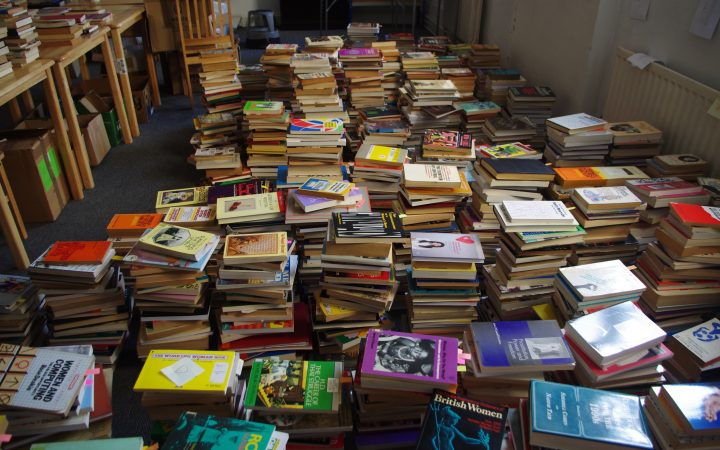 When women share stories, things start to change, and the role of documenting this change is becoming ever-more significant as we reach the centenary of Representation of the People’s Act.

Exploring the library and its impressive collection, I sense the significant role it has played in preserving women’s history, the contents of their collection documenting feminisms progression throughout modern history.

When women’s stories and issues were not heard or valued the feminist library has provided not only a collection of literature to give women a voice but a community where women can find strength together, meet, organise, discuss and have fun.

Despite the move being a lengthy process, the final result of a new proposed home in Peckham means that this unique collection can continue to document and preserve women’s history, as well as provide a social and educational space for any Londoner who wishes to educate themselves on all things feminism.

As moving a huge collection of around 11,000 books is a lengthy and expensive task, the Feminist Library are relying on donations from the public to make the move possible. If this wasn’t enough of a reason to donate, donors are being gifted with artefacts from the feminist collection, including champagne and cake at the library and special edition artworks.

Having reached their goal of £30,000, which covers the basic cost of the move and the fit-out which includes painting, decorating, shelving, and signage, as well as new electrics for the new space, the library staff have extended their target and are urging for further donations of £5,000 which would allow them to buy equipment such as black-out curtains and archival boxes which would protect their precious periodicals.

Learn more about The Feminist Library here: https://feministlibrary.co.uk/, and their crowdfunding campaign.