Trapped in a dark and dusty room. The door locked shut. The lights flicker on and off. Strange noises surround you. Time is running out. How do you escape? This is the story of how I took on Escape Hunt’s Wild West escape room, and lived to tell the tale. 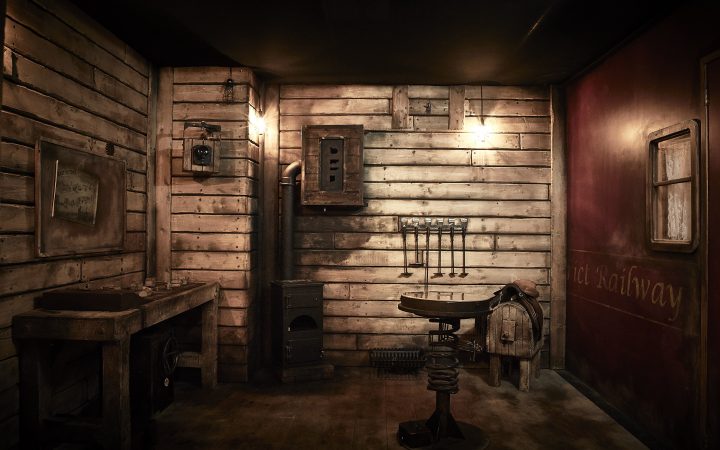 For those of you who are new to escape rooms like myself, they are a game in which you are locked in a themed room with a series of puzzles to solve against the clock in order to, you guessed it, escape!

Escape rooms are a trend that has grown over the last ten years, originating in Japan in 2007 with an organisation called The Real Escape. They are now played worldwide, and have been expanding rapidly in the UK since 2013.

Escape Hunt are one of the leading organisations for escape rooms, with a variety of uniquely themed rooms including Doctor Who and the Fourth Samurai. They also have nearly 50 locations across 27 countries around the globe.

According to the company, “Escape Hunting involves 60 minutes of pure excitement, during which groups of teammates lose themselves in incredible immersive experiences, created by the Escape Hunt Studios team. Groups have to work together to follow a series of fiendishly clever clues and escape a locked room before their time is up.”

Having never experienced an escape room and curious as to why they had become such a global trend, it was time to give this ‘immersive experience’ a go. Though I confess, the idea of being locked in a room for an hour with the only means of escape being to find the clues and solve the puzzles, wasn’t quite my conventional idea of a fun Friday night. 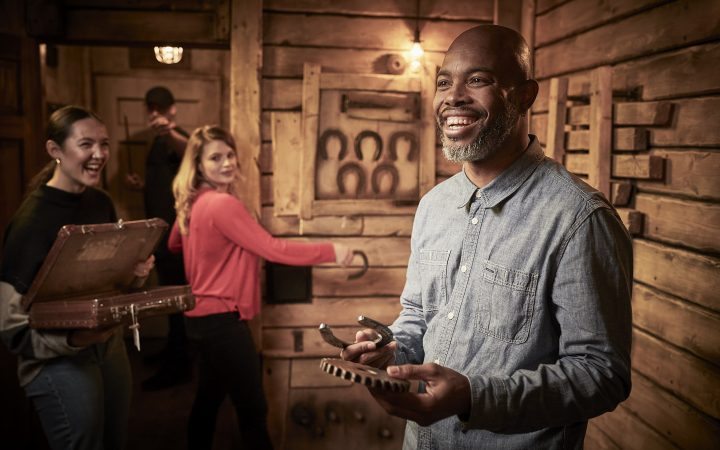 Skeptical and curious, I arrived in the Wild West (well, Westgate Shopping Centre in Oxford) with my band of cowboys and cowgirls ready to take it on. We were greeted and welcomed by our game master, Harry.

We then enjoyed what cowboys like to call a ‘hop juice’ (but that’s a beer to you and me) before commencing our ‘hunt’. Harry then delivered quite the performance as a Wild West cowboy, informing us of our ‘quest’ to find the hidden gold and escape on the locomotive.

After all our phones and valuables were safely locked away, as after all “what happens on the hunt stays on the hunt”, we entered the room, the door was locked and the timer had begun.

Now, everyone hates a spoiler so don’t worry I won’t give any clues away. But what I will tell you is entering the room was like stepping back in time, the old wooden walls and dimly lit atmosphere really set the scene of the Wild West. The decor also added to the adrenaline we could all feel building up to get going.

We immediately started scrambling for clues, searching high and low around the room. Every object became suspicious to us, whether it was a lampshade on the ceiling or a crooked picture on the wall. The thrill of the game really kicks in when all of a sudden the game master’s voice crackles in over the intercom delivering cryptic clues for your next steps. The game became more serious every time a key fit into a lock or another piece of gold was retrieved. We all became more immersed into the game than we wanted to admit.

Time seemed as though it was moving twice as fast inside the room and towards the very end, the game master gives you a 30 second warning so you can try and make your getaway with the gold on the locomotive, assuming you’ve been successful enough to unlock it. 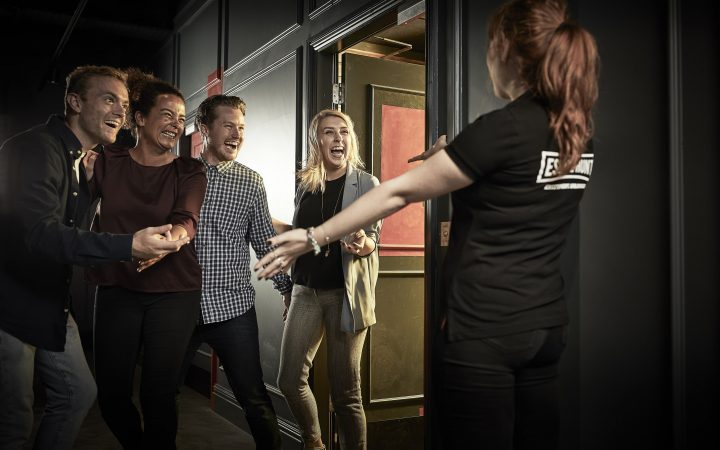 After an hour of laughing, squabbling and frenzied problem solving, it has never before been so rewarding to unlock a door, having said that the teamwork we all contributed to was much more rewarding. Regardless of managing to escape the room or not (which we did escape, with only two seconds to spare and six out of eight bars of gold, not that I’m counting).

Once we’d completed the escape room, our game master showed us the clues we’d been wrong about and the puzzles we had missed and, more importantly, where the remaining gold bars were hidden.

To complete our escape room experience we took a series of obligatory photos in the designated photo area, with props such as cowboy hats and pistols. Because if you didn’t take a picture, did it really happen? Before making our way home after what had been an exciting and successful evening.

After playing such an immersive game, I was curious as to what goes on behind the scenes, and what goes into the process of creating an escape room.

Escape Hunt put their success down to having a full dedicated creative design studio which allows them to create new and innovative games all year round.  They go onto say “having created multiple 5-star rated games which have now been rolled out across the UK, and with the recent launch of our BBC official – Doctor Who Live Escape Game: Worlds Collide, Escape Hunt is excited for the year ahead.”

After asking if the company were looking to expand they said, “we have a brand-new room opening towards the end of February with even more rooms planned for later on in the year.” They went on to say, “there’s a rise in IP partnerships with escape rooms. Escape Hunt worked with the BBC to create Doctor Who – Worlds Collide. The escape room industry is being increasingly recognised as an exciting and growing market for big entertainment brands to turn towards.” 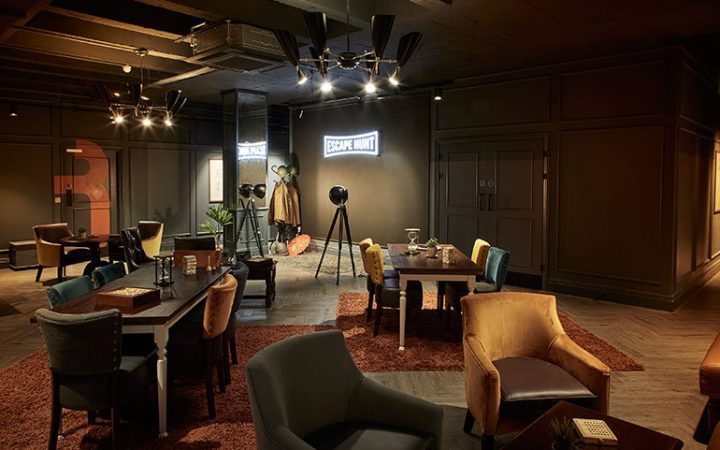 Escape Hunt also offers a variety of package bundles for team-building opportunities, “corporate offerings are a big part of escape rooms. Businesses are looking for fun team-building exercises and escape rooms are a perfect example of that.”

Escape Hunt doesn’t only offer team-building bundles, they also have discounts for students, the over 60s and key workers. “Our sites all have a premium lounge area and fully stocked bar, making our venues about more than ‘just an escape room’”.

Prices start from £20 per person, so instead of going out next Friday night why not stay in?

How Sonic became a cultural icon

In the world of SEGA'S Beloved Character!