The organisation are confident their championship will push women to eventually compete with men on an equal footing within motorsport. They also believe it will allow women to have the same opportunities and training as male racing drivers have today.

Female racing drivers are often capped at Formula Three level when competing in championships, W Series aims to stop this and push women to progress into Formula One in the future. Currently, the only female racing driver affiliated with F1 is Tatiana Calderon, who is Sauber’s official test driver. She has also competed in GP3 for the last two years. 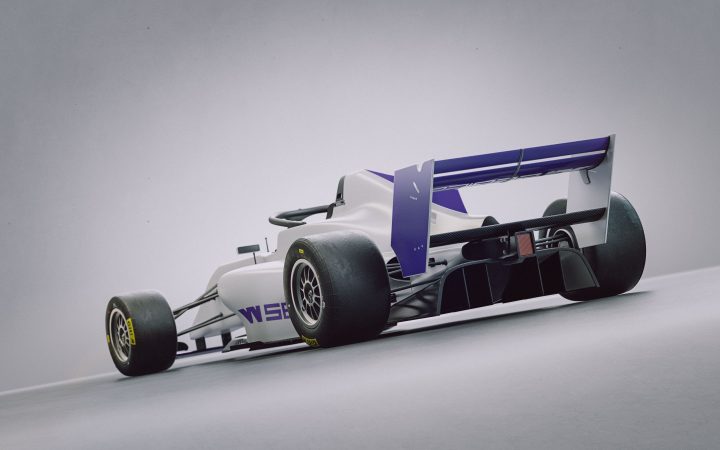 W Series, the female-only, single-seater championship is due to commence May of this year and is supported by a number of F1 stars and industry figures including 13-time grand Prix winner David Coulthard.

The judges on the panel will include David Coulthard, Adrian Newey, and former F1 team manager Dave Ryan. The championship will consist of 30-minute races taking place at circuits in and around Europe including a race in the UK.

The names of 54 of the qualifiers were revealed last month and 28 of those contestants have now made it through to the next stage of the competition after competing in Austria.

The final 28 contestants include British F3 champion, Jamie Chadwick. The 20-year-old has said: “W series is giving female drivers another platform to go racing. It’s no secret that motorsport is an incredibly tough industry often dictated by financial factors. As a funded championship, W series not only offers a fantastic opportunity for top female talent to race but will also encourage many more to enter the sport. I’m excited about what’s to come!”

Next for the successful 28 racing drivers will be a four-day test in the W series Tatuus F318 Formula 3 car in late March. After that W Series will then race on the DTM programme in Germany, Belgium, the Netherlands, Italy and the UK, starting in May and continuing through to August. 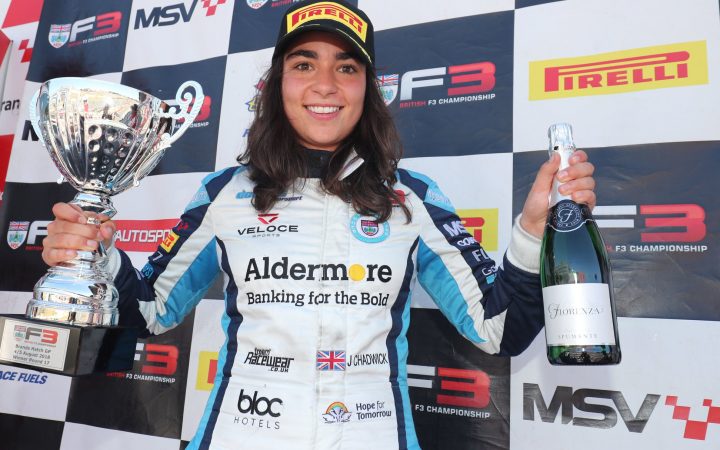 In an interview with Muir, she explains how W Series has become what it is today, “I had a coffee with a couple of friends in motorsport, who were talking about motor racing for women. After a huge amount of researching, I began to think it was a great idea.

“The numbers of women who were competing were decreasing over the last eight years, rather than improving. Women needed a new platform, at single-seater level, and here we are three years later,” she said.

“Since we have launched there has been so much more press about women in motorsport. We have put the spotlight on women. What we do need to do is create champions. We have got to get more women into motorsport and give female drivers racing experience, women have got to learn how to race and win.

“Segregation is NOT what we are doing, we are giving a group of drivers the opportunity to race and test in an F3 car, then they can go on and propel themselves in the sport. They can still compete against men, they are just racing at different times.”

With a team consisting of Formula One professional such as Dave Ryan and Matt Bishop, Muir is certain the management team are the best for the job.

“The best management team we could possibly get,” she tells us. “We spent time trying to figure out what car to use, that took months, we looked all over the world changed our mind again and again and then decided on the F3 car. We spent time trying to find where we were going to race. We believe that DTM is a fantastic partner for us, very supportive of us. A platform that is keen on creating a series of racing to that is fantastic for the spectator.”

It is no secret that W series aim for their drivers to reach Formula One. “What we are not going to do is make predictions on the timing of that. Our drivers will come up and get into Formula One. If we can create stars of our drivers, they will be better able to get sponsorships deals and progress into Formula One,” Muir said.

“That motorsport is not like any other sport, we are paying the expenses of the driver, we have taken away the biggest barrier into the sport. There are a lot of drivers out there who can’t raise the funds, to be able to progress into F1. It is a very expensive sport.”

As Muir has previously said in another interview with BBC Sport: “Of all the many thousands of people involved in the technical side of our sport across the globe, only a handful are women. Our mission is to change all of that.”

So why there is such a lack of women? “Obviously a big issue is numbers, going into sport at the bottom. Typically if the boy goes go-karting the girl would go horse riding. Less than 10% of go-karting are girls. it’s to do with the numbers as well as funding. 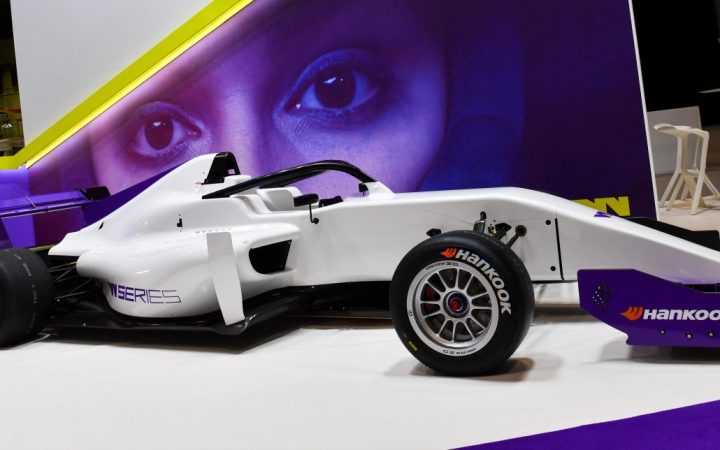 “If we can create champions who are role models then young girls can see them and say I want to be like so and so from W Series, then we can get more girls into go-karting and into the sport from a young age.

“For example when Andy Murray won Wimbledon, more children from Scotland were picking up tennis rackets. There is a knock-on effect if you make champions you make role models.

Of the 54 drivers originally selected, 28 have made it through to the next round, Muir explains what’s to happen next: “We are having our first test in Almeria, Spain at the end of March. That process will whittle those contestants down to a much smaller number. Then another test in April and then in May we will have our 18 drivers plus two or more reserves.

“When putting our drivers into the W Series car we are interested to see how they all perform, some of our drivers have had single seater experience before, some will do well and do better than others. But what we are really interested to see is who has improved the most on the fourth day.”

Finally, Muir says: “The ambition is for W series to produce fantastically exciting sport as well as demonstrating what women are really capable of.”

“The ambition is for W series to produce fantastically exciting sport as well as demonstrating what women are really capable of.”

“Motorsport needs to be exciting it doesn’t need to be a foregone conclusion. We have no idea what will happen, we just don’t know at this stage. What we do know for is we have lots of highly competitive women from all across the world.”

Coulthard also told The Telegraph: “In order to be a successful racing driver, you have to be skilled, determined, competitive, brave and physically fit, but you don’t have to possess the kind of super-powerful strength levels that some sports require. You also don’t have to be a man.

“That’s why we at W Series firmly believe that female and male racing drivers can compete with one another on equal terms given the same opportunity. At the moment, however, women racing drivers tend to reach a ‘glass ceiling’ at around the GP3/Formula Three level on their learning curve, often as a result of a lack of funding rather than a lack of talent.

“That’s why an all-new all-female single-seater motor racing series is required – W Series – to establish a competitive and constructive motorsport habitat in which our drivers will be able to equip themselves with the necessary skill-set eventually to move on up to existing high-level mainstream racing series and compete with the best male drivers on equal terms.”

Michele Mouton, president of the Women in Motorsport Commission for motorsport’s governing body, the FIA, and 1980s world rally winner told BBC Sport: “One of the objectives of the commission is to help ensure females have equal opportunities to compete at the highest level of the sport.

“We know from our recent driver-assessment programme that there is a pool of very talented women drivers who deserve the chance to do this. As competitors, they want to be the best and the only way for them to benchmark their performance is to compete in a mixed environment, which they are already doing.

“While this new series is obviously giving an opportunity for women to showcase their talent in a female-only environment, our objective is to have more of them competing alongside men and demonstrating they have the same ability and potential to succeed in top-level FIA championships.” 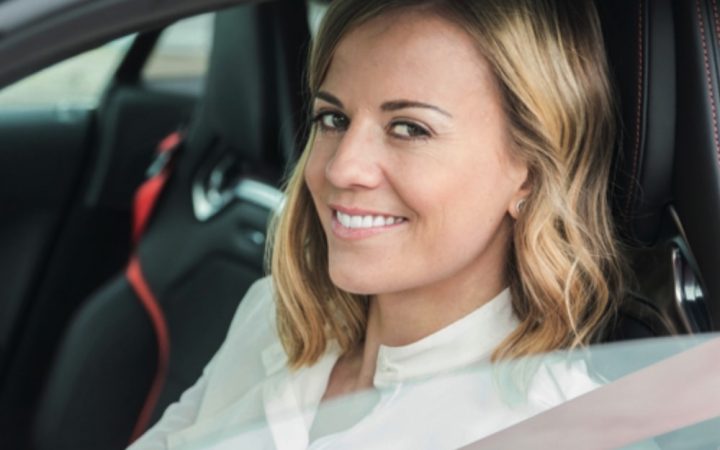 Susie Wolff [Dare to be Different]

Dare to be Different founder (alongside Rob Jones), former Williams test driver and member of Mouton’s organisation, Susie Wolff told BBC Sport: “I respect anything that sets out to inspire and promote women in motorsport. My view on this, and I know that this is the shared position of the organisations I work with, is that we should continue to encourage and create opportunities for women to compete on the same level as men.

“We fundamentally believe that the best opportunity to identify top female talent is by facilitating a dynamic where more women can compete and rise to the top in a mixed competition on equal terms.”

Murad Ahmed, Financial Times sports correspondent, told Artefact: “We need to see if it gets real traction it needs to be watched and be able to gather an audience. A lot of people within sport care about getting more female participation, there isn’t a good reason why there aren’t more women in the sport. Any initiative to address gender imbalance is worth trying.

“I would watch an exciting championship regardless of the gender, F1 has had lack of excitement and unpredictability in the last few years. Exciting racing which is unpredictable will go a long way in gathering an audience. If the sport is interesting people will watch it.”

After being asked if this championship could eventually allow women to reach Formula One, Ahmed said: “You have to start with go-karting, start early and work your way up. FIA are trying to get more girls into the sport, and trying to get girls into go-karting and cars early to build experience to make them ready for an F1 car. W Series want to address that.

“I think the main aim for W Series is to get female racing drivers a lot more experience and exposure in a competitive atmosphere because that hasn’t been provided. It’s a different path-way but I’d be interested to see how it progresses further.

“If it can gather an audience, a female audience and family audience, and if people would want to watch something a bit different, it can do well. It comes down to how exciting it is. It’s also about getting break out stars, stars who can get bigger for the likes of F1.”

The Formula One season resumes this February with pre-season testing in Barcelona. The championship itself begins in March, starting in Australia. It will continue over 20 racing circuits all over the world, before the final race in Abu Dhabi in December.

A supreme year of racing in store for 2019, and hopefully the start of a new era for female racing drivers in motorsport. History will be made in May of this year when the W Series championship begins.