It’s a grey, rainy and unremarkable February evening, but as you enter through the doors to The Cause nightclub in Tottenham Hale, the place has Saturday night fever.

Best mates and co-creators Julian and Andre look out at the crowd, grinning as they see the success of the third edition of Secret Social, their first venture in clubland.

“It’s so surreal seeing compete strangers having the time of their life at your event, meeting so many different and interesting people is what I look forward to most about throwing these parties,” explains Andre later on, as the rain continues to pour and a thunderous bassline rattles from inside the venue.

Setting up a successful night is not without its challenges, especially in the capital. A 2017 study by UK Live Music Consensus found that of the 430 music venues that were open between 2007 and 2016, only 245 remain.

While the night time economy in London supports around 723,000 jobs, as well as offering huge cultural capital to the city, the development of residential apartments is often favoured by those with the power. Much loved venues such as Dance Tunnel, Plastic People and Passing Clouds are just a small sample of the casualties of this environment.

Pair the hugely competitive nature of the London scene with prohibitive licensing laws, rising rent prices and young people’s restrictive budgets and many events fall by the wayside after one night. But Secret Social is a party determined not to be another victim of this cutthroat cultural landscape.

Founding members Julian James and Andre Belcourt met on a hot September night in Ibiza. Julian was coming to the end of his season working out there, while Andre was out on a work trip with NGE bookings, one of London’s most established DJ agencies. Both keen to make their own mark on the London scene, the likeminded pair began discussing their ideas at one of the island’s infamous afterparties, and the concept for Secret Social was born. 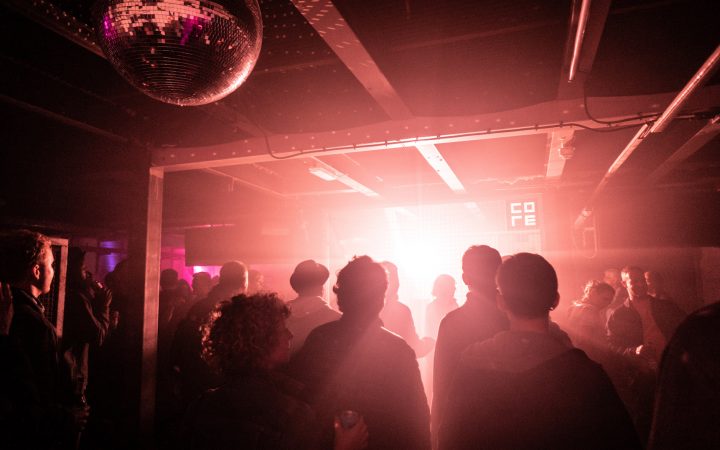 “We both wanted to get into this for the right reasons,” Andre explains. “A lot of promoters go into it with the attitude they just want to make a load of money, but we both were doing it for the love of the music.” Julian adds: “You come to a point where you realise music is the only thing you want to do.”

Both north London natives, their influences evolved by attending events like Krankbrother, Percolate and Paradise, who they continue to take inspiration from for their own party. But, as fledgling promoters themselves, the rich London nightlife can come as a double-edged sword. “It is a silver lining almost, it’s great to be in a city where every night has a plethora of crazy line-ups, but, whenever we have our events it’s stiff competition,” says Andre. “It would be great to put on a party in Loughborough or somewhere like that and capitalise, but it just would not be the same,” he adds.

A brief glance at the club listings for the Saturday night of Secret Social’s 2019 debut, and the crowd the boys hope to attract could easily party to the sounds of first-rate DJs like Adriatique or Marcel Dettman, at established venues like Fabric and Village Underground. But their mission to provide a more intimate and creative style of clubbing has attracted a range of music-discerning people who seek something different from the super club experience.

While being immersed in London’s nightlife has meant they can take inspiration from countless promoters, the pair were keen from the outset to start a party that would be a break from the saturated scene. “We want to do our own thing by building a creative space for all different kinds of artists,” explains Andre, “we always try and get local artists involved and have their work on the wall, as well as booking DJs that are yet to have a big presence in London.”

After their debut in mid-2018, Secret Social was quickly noticed by the recently-opened nightclub The Cause, who were keen to bring the newcomers on board. The Cause is a grassroots venue at its core, opened after a crowdfunding campaign. It has a real DIY ethos and uses its platform to raise money for local charities as well as mental health causes such as CALM (Campaign Against Living Miserably). Its positive force on the London scene has only been proved further by its nurturing of young promoters and artists. 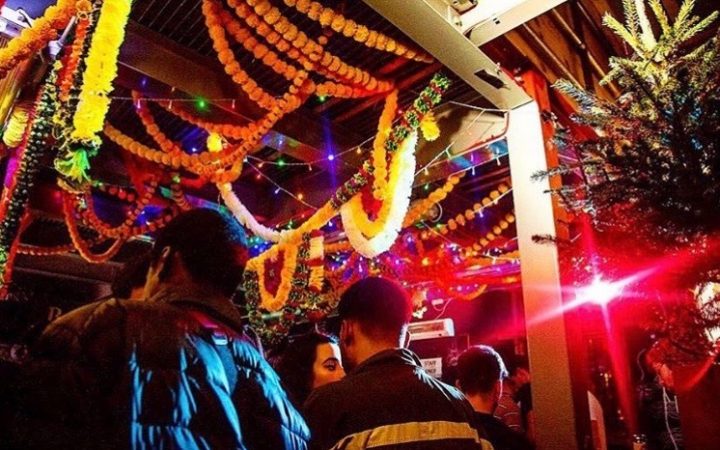 The Secret Social at The Cause [Instagram:secretsocial_]

As the pair discuss Stuart Glen, one of the owners of the club, it’s clear that he has become a source of admiration. “Stuart is fully aware of how transient London is, that is why The Cause works as a venue for us,” says Andre. “London is a hard city for hosting late night venues, he’s seen how something can rise so quickly and then get taken away, just think about when Fabric was shut before, it all happened because of one night.”

Andre makes a valid point, London is becoming an increasingly more difficult location for late night destinations. This was proved more recently with the new licensing rules brought in by Hackney Council last summer, a decision met with uproar from both residents and members of the nightlife community.

These new rules mean that it is highly unlikely that opening clubs will be granted late night licenses, and restrictive curfews could be brought in for existing venues. Home to Kingsland Road, Mare Street and Shoreditch, the message was clear from the council that they did not value the cultural significance of nightlife, even if its residents did. In fact, 84.32% of Hackney residents were against the new curfews.

While the more central locations are feeling the squeeze of stricter restrictions, it is allowing for outer London venues to flourish. Julian, who by day works for the council has noticed this, “It’s clearly a trend that nightlife is moving to the outskirts. Back in the 90s raves would happen in the West End, then it moved East towards Shoreditch and Hackney, now it is going further out to places like the Hackney Wick spaces, The Cause and FOLD (a new venue in Canning Town).” 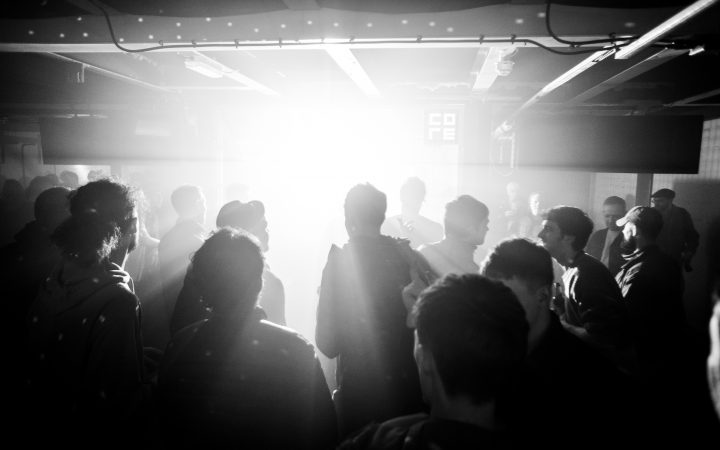 The Cause [Luke Curtis:Motus PR]

Barry Sharp, who has worked in the nightlife scene since the mid 2000s, started his career in the industry at just 19. “There has been massive change in London,” he believes.

Starting out at School Disco, one of the biggest promoted events to ever take place in London, the weekly party would have more than 3,000 attendees a week. He moved on to manage former London institution Cable, which was closed for the Crossrail and London Bridge development. He has also managed former venues like Warehouse LDN, which was closed down, and Proud Camden, who were pushed out by their landlords.

“Back in the day, all the power was with the promoter and the brand,” says Barry, “now the venue really has to make sure they do everything by the book or things can get really difficult.” Barry has seen first-hand the challenges venues face, particularly in inner-city or residential locations, “the number of local residents close by to the venue can make it harder to deal with, if residents complain local councils will usually listen to them over the venue,” he explains. Perhaps its the lack of residents around these outer London locations that are allowing them to thrive at the moment.

It is not all doom and gloom for London nightlife, still one of the most culturally rich cities in Europe, any given weekend hosts the opportunity to see world class DJs and rising stars alike.

However, it is vital for local councils to recognise the cultural significance of clubs for London to become the 24-hour city that Mayor of London Sadiq Khan insists it is, so that young promoters can flourish, and clubs can provide creative spaces for them to do so. “The Cause saw something in us and gave us the chance,” says Julian, “with their support we’ve been able to lay great foundations.”

For now, Secret Social can bask in the success of their night, their understanding of the transient state of London’s nightlife has allowed them to generate their own USP.

“It’s just like any business, we know we’ll have to continue to evolve,” says Julian. If the trend continues for nightlife to move further out of the city centre, it could lead to a more destination style clubbing that allows promoters to really flex their musical muscles. But with London’s licensing laws unpredictable and volatile, it remains to be seen of what the future of London nightclubs will be.

But as Andre says: “You can’t stop the movement.”

By Yanchao Gao
1 Mins read
We meet the faces behind the bar as they share their views and experiences on bartending and cocktail culture from the experts.
EnvironmentVideo

Müll: The refill and recycling hub in London

By Carrington Saunders
1 Mins read
The piece is about a a refill and recycling hub in Brockley that has taken old and boring plastics into something new and exciting.
AudioMusic