Spread across 14 different islands, chained together by boats and bridges, Stockholm’s striking cityscape is one of the prettiest in Europe. The deep blue water of the Baltic Sea and Lake Malar contrast with the sandy stone and burnt orange buildings at the seafront, making for the most picturesque of views.

But it’s not just the scenery, Stockholm is also the Scandinavian capital of cool. It may embody a small town feel in its historic districts, but it’s also a high-tech city with a thriving social scene. Companies like Spotify, Minecraft and Candy Crush have all spawned from this global tech hub.

From the cosy coffee shops of Norrmalm to the hipster’s paradise of Sodermalm, the historic cobbles of Gamla Stan, to the leafy playground of Djurgardens, Stockholm has a little something for everyone.

Why go to Stockholm during the winter?

Admittedly most tourists visit Stockholm during the summer months, basking in warm sunlight and swimming in clean clear lakes, but the city transforms into a winter wonderland during the colder months. Crisp cool air, frosted white trees and snow-covered parks, the city has an aura of magic that only the winter brings. 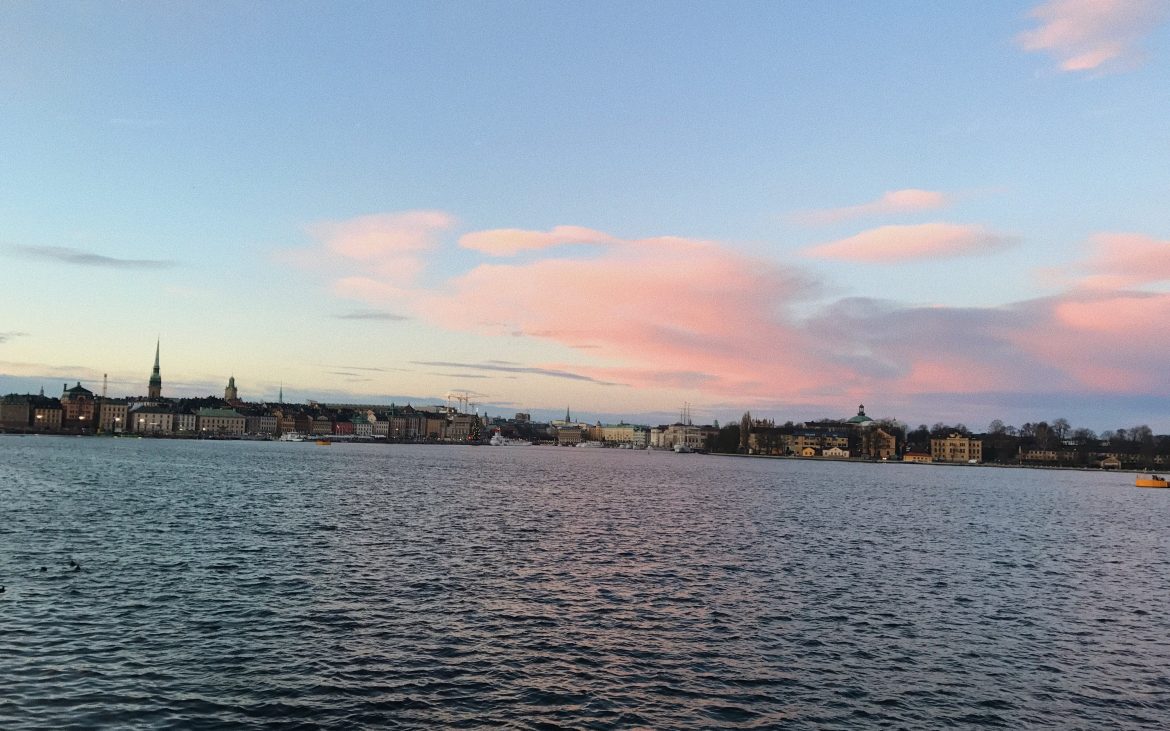 Although Stockholm can get very chilly – so be sure to pack your winter coat and winter boots – the city is planned and prepared for ice and snowfall. Unlike other cities, Stockholm is winter friendly and still thrives during those plunging temperatures.

With some days as short as six hours of sunlight, you have the perfect excuse to get cosy in front of the fire with a steaming cup of hot chocolate or a glass of wine – or two.

Visiting Stockholm during the winter also means the city has fewer tourists, meaning getting around the city is a lot easier and restaurants shouldn’t be fully booked out.

A weekend on a budget: Money tips

While Stockholm is known for being a pricey city, it can be explored on a budget. Hotels can be very expensive depending on where you stay, so if you’re travelling and don’t want to break the bank, why not try a hostel?

The Generator Hostel in Stockholm is much like a hotel, with private rooms as well as shared rooms. It is located in Norrmalm, close enough to the city centre to walk in and out every day. It retains the social aspect of a hostel, evenings are full of other tourists. The bar is fully stocked with craft beer, board games and table tennis.

Don’t bring cash! Sweden aims to be cash free by 2030 and many restaurants, bars and hotels already enforce this policy. So don’t bring too much cash. To avoid the hefty exchange rate fees on your card, you can travel with fee-free credit cards or debit cards from challenger banks like Monzo or Starling.

Buy your booze in duty-free. Buying alcohol in Stockholm can be tricky as well as pricey. You can get a glass of wine in the pub or at a bar, but for the stronger stuff, you need to head to a government-owned Systembolaget.

If you are partying at the weekend get your booze before they close for the weekend on a Saturday afternoon. Or to cut any hassle, buy a bottle in duty-free before your trip. 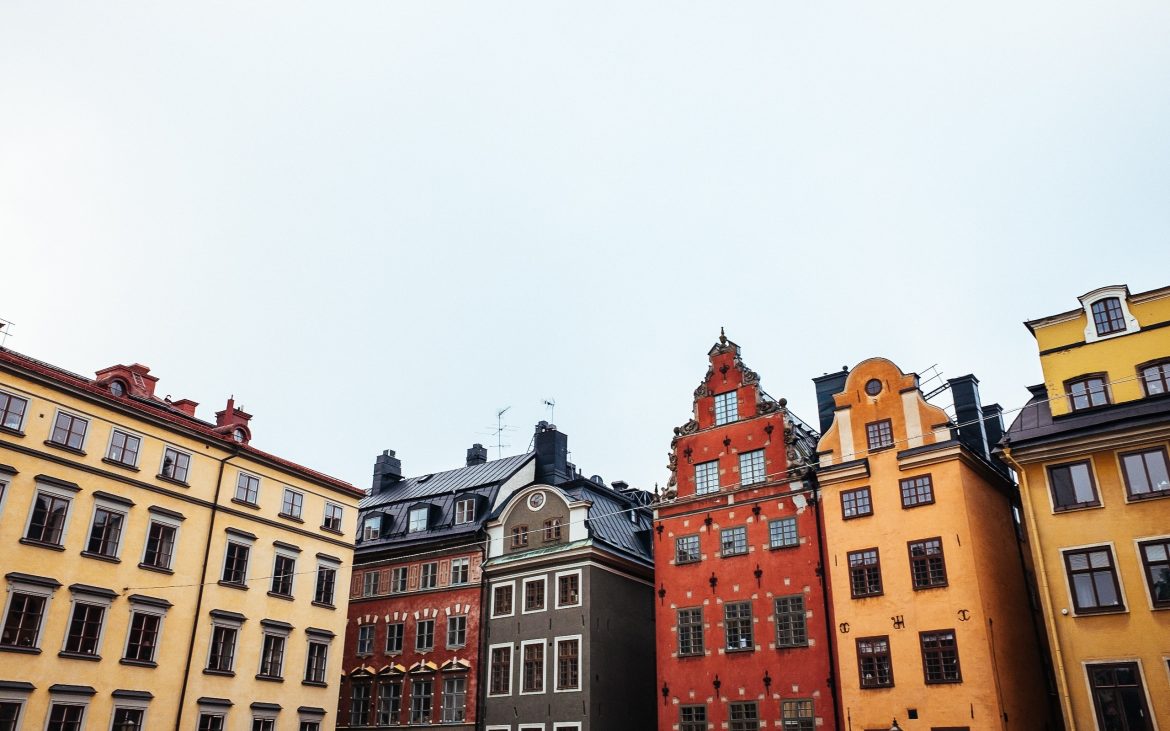 Take a walking tour through the old town Gamla Stan

One of Europe’s largest and best preserved medieval city centres, walking through the old town Gamla Stan is like walking back in time. Passing mustard coloured townhouses that date back to the 13th century, strolling along charming cobbled streets and down alleyways, it transports you back in time.

With 3,000 residents still living in Gamla Stan, it preserves the island as a living museum. Obviously, the residents don’t quite live like they would do hundreds of years ago and don’t dress like it either, but they do live in the same old houses with the original street names. Such as Helvetesgränd, the ‘Alley of Hell’ in English, cleverly named for one of its residents in medieval times – the town’s executioner.

Although the structure and style of the city haven’t changed, the old town has been updated. Now with lots of restaurants, bars, cafes and shops. So you can stroll along the streets as if you’re walking in the 13th century but stop and get a bite to eat in a trendy cafe or restaurant.

Wandering through the old town with a tour guide also means you don’t miss any of those all-important, must-see attractions as well as providing you with the city’s secrets and history. Most walking tours are usually free with the exception of a tip at the end. They can also be found in brochures in your hotel or in train stations and bus stations.

Try some of the local delicacies 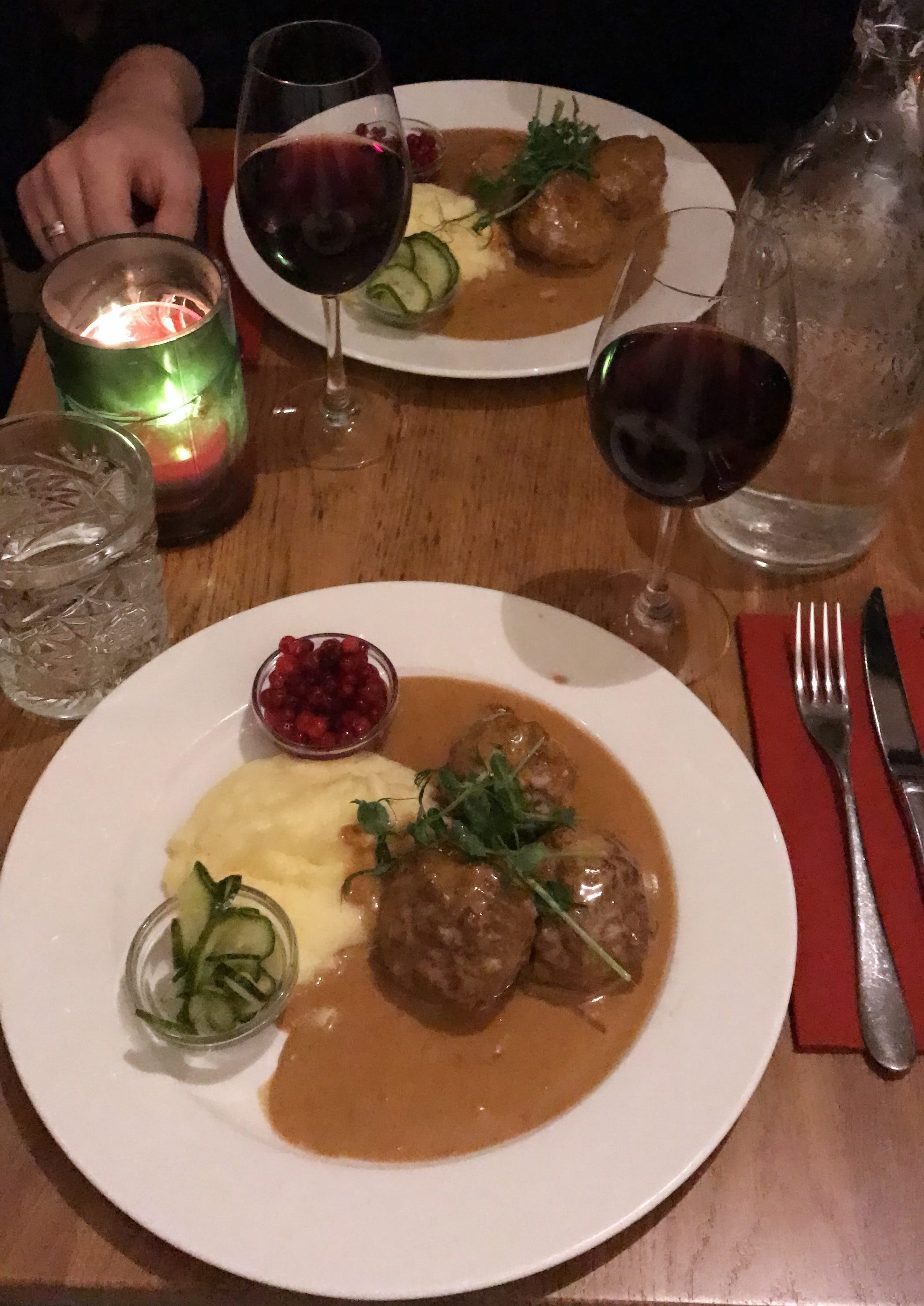 Now you can’t go to Stockholm without trying some of their world famous meatballs. For a plate of meaty deliciousness, you can head to Gästabud in Gamla Stan, where you will find in a tiny, family-run, traditional Scandinavian pub-turned-restaurant.

Known for the best meatballs in the city, whilst still served at a fair price, this place is always crammed with people. The restaurant doesn’t only serve meatballs, it also offers an impressive menu of other traditional Scandinavian dishes, but they will be in high demand.

You can’t book ahead so it’s best to go for an early dinner if you want to beat the rush, you should be seated with a mere 20-minute wait. Going at peak time could mean you might wait for up to two hours for a table.

For those with a sweet tooth, indulge in a fika, the Swedish word for meeting for a coffee and a cake. Traditionally the coffee is paired with a freshly baked cinnamon bun called a kannelbullar. Served in almost every cafe, but famously in Bageri Petrus in Södermalm this sweet treat is the best in the city. From here, you can take your big, fat, golden pastry, dusted with cinnamon and sit down to eat it either in a square or by the water’s edge. Perfect for a lovely afternoon treat.

Snap up the Fotografiska museum

Fotografiska is the art gallery of the moment, exhibiting contemporary photography from well-known Swedish and international photographers. It is located in trendy Södermalm, right on the water’s edge, in what used to be a customs building. Currently, the gallery is showcasing Kirsty Mitchell’s fantastical collection Wonderland among others. Her body of work is deeply emotional, consisting of fairy-tale themed images that escape reality. The exhibition is combined with video diaries of the artist’s journey. It is truly an astonishing collection.

After studying the gallery’s exhibitions, head up to the top floor cafe and enjoy a coffee by the window. It is one of Stockholm’s best viewing points to watch the sun go down. On Saturday nights,  head next door to Fotografiska Studio Live for late night music, DJs, podcasts and poetry.

Sing and dance at the ABBA Museum 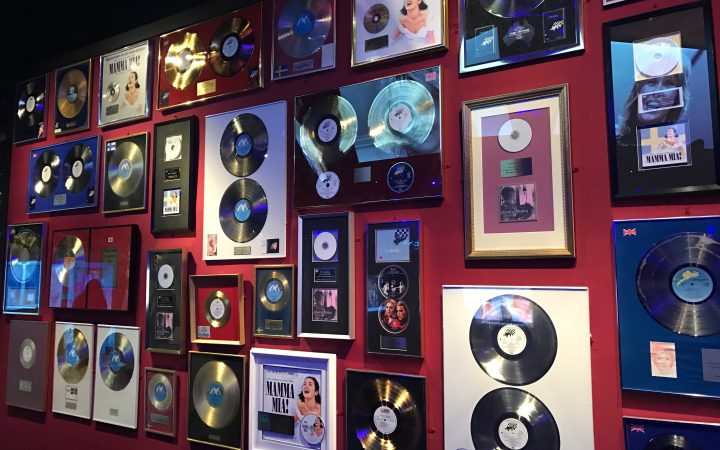 Why not have a boogie? After all, you are on holiday. Head to the island of Djurgårdsvägen where you will find the museum dedicated to the famous, Swedish disco and pop band, Abba.

Said to have you walking in and dancing out, at 250 kroner (£20.61) for an adult ticket, the museum offers a fun, interactive experience.

You can dress up in those legendary costumes, covered in gold sparkly sequins and huge swaying flares and pose for the camera. Dance on stage with the band (well, their virtual selves at least), sing some of their smash hits, Dancing Queen or Waterloo in their famous Polar studio. You can even step behind the scenes of the Mamma Mia movie sets.

Get your skates on

In winter, what better activity than ice skating? And in Stockholm with so many ponds and squares, there are plenty of ice rinks to choose from. The most popular rink is in Kungsträdgården. The rink lights up at night and blares out disco music for skaters to enjoy on the ice. The rink is also free if you bring your own skates or around five pounds for skate hire.

The busiest time is in the evenings so if you are a beginner and want to avoid the crowds, visit mid-morning to lunchtime for a calmer rink. Surrounding the ice skating rink you will also find lots of chocolate shops and cafes, perfect for warming up after an hour on the ice.

Check out the Vasa Museum 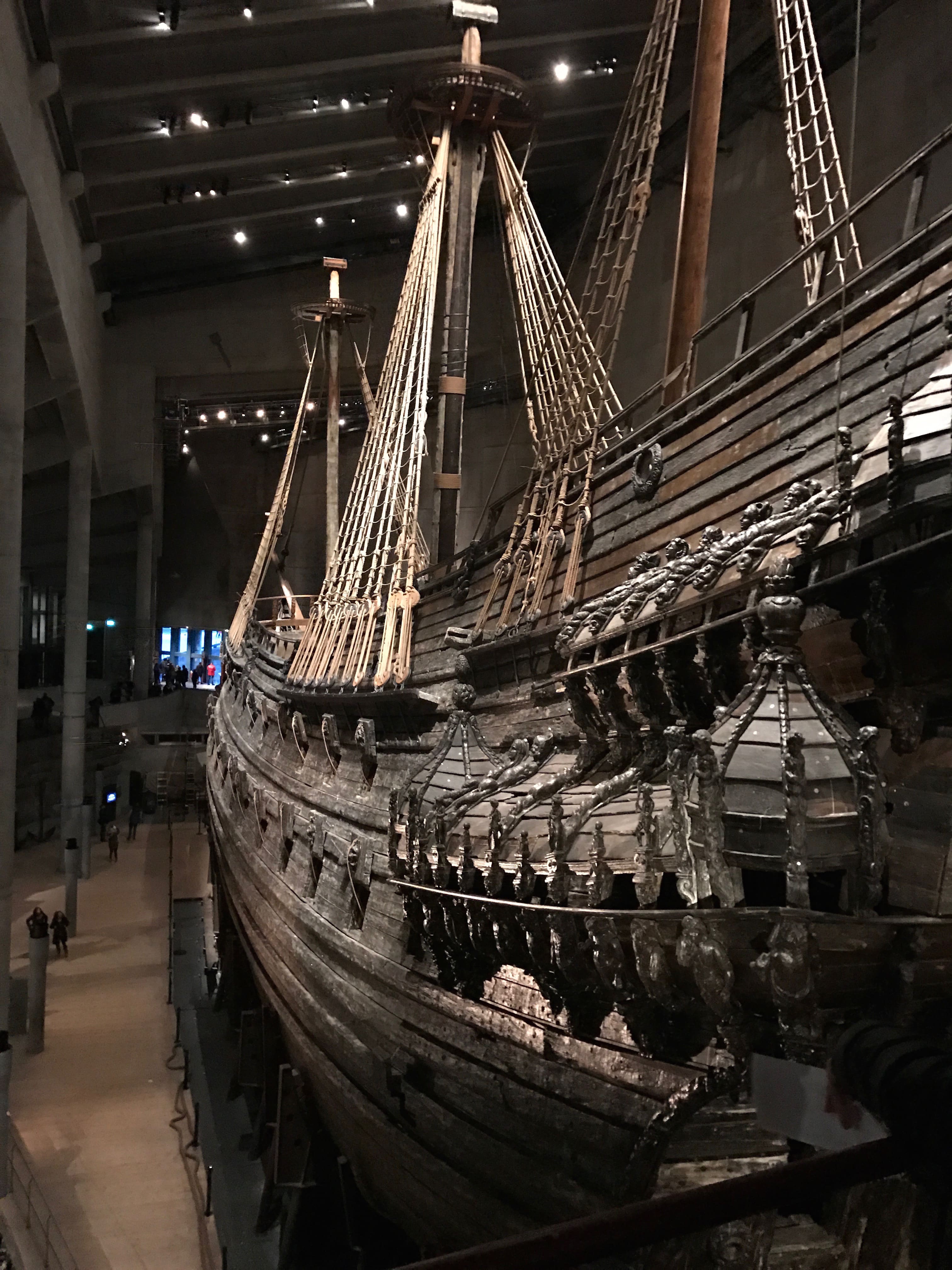 The warship, the Vasa [Elle Burnett]

The Vasa Museum, also located on the island of Djurgårdsvägen (with the Abba museum), is Scandinavia’s most visited museum. And for good reason. It houses the 17th-century once-sunken and now resurrected warship, the Vasa. The ship now stands a proud 52.5 metres (172 feet) tall in the centre of the museum, after lying on the sea bed for 333 years.

The ship took over two years to restore and its sheer size was meant to strike fear into Sweden’s enemies. In that time it was the most powerfully-armed warship in the world carrying 64 bronze cannons. The Vasa is now the world’s best preserved 17th-century warship.

However, it’s also one of Sweden’s biggest failures. On its first voyage on August 10, 1628, the ship was only afloat for around 18 minutes before catastrophically sinking in the port.

The museum offers guided tours in English and in Swedish. They are completely free and last around 25 minutes. Go to the museum in the morning before it gets too busy, then you can get straight onto a guided tour and wander around the museum without it being overcrowded. Entry is 150 kroner (roughly £12) for adults, but people aged 18 and under get in for free.