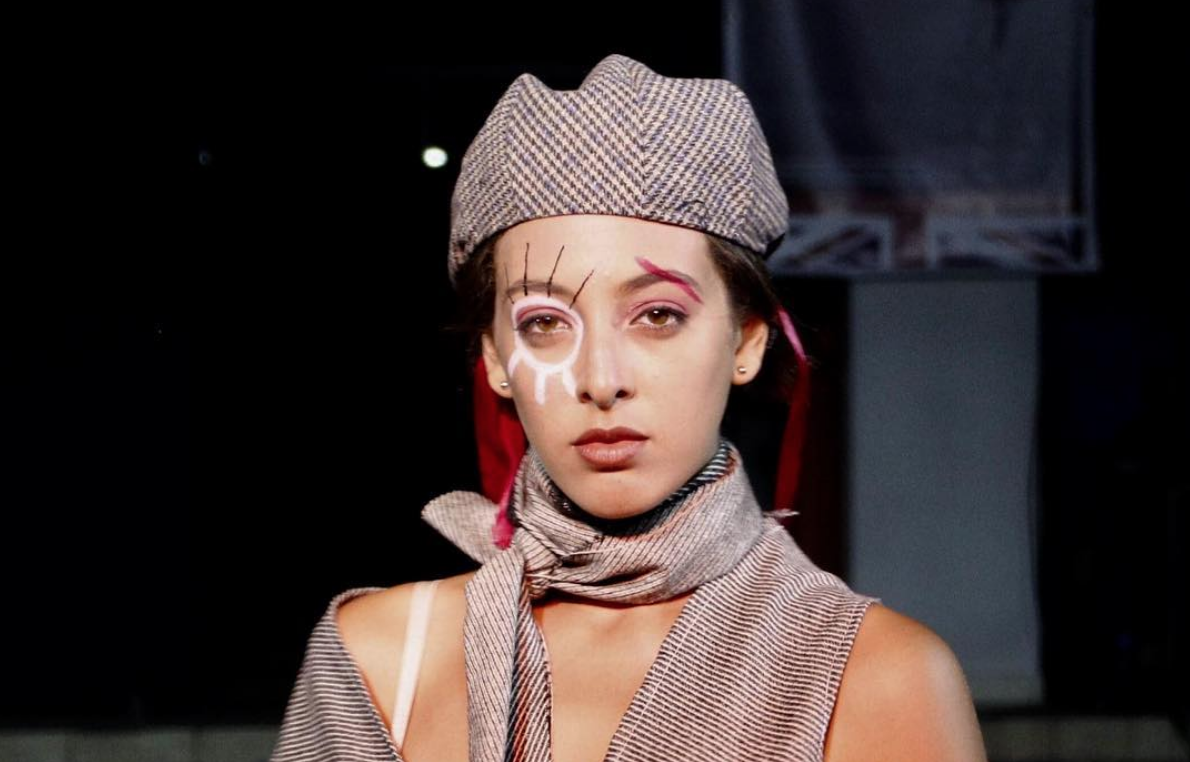 In 2014, a study carried out by the New College of Humanities surveyed 2,000 graduates. The study revealed that only half of the UK graduates were working in a field that related to their degree, and 94 per cent had switched careers by the time they reached 24.

Natalie Higgins, an artist known as Natalie Wildgoose, graduated from Central Saint Martins in 2018 with a degree in Performance Practice and Design. “I’ve always been really interested in design and wearable art,” explains Natalie. Throughout her time on the course, Natalie came to the realisation that costume was not something she intended to pursue career-wise, “I was purely interested in the abstract design of costume,” she tells Artefact. 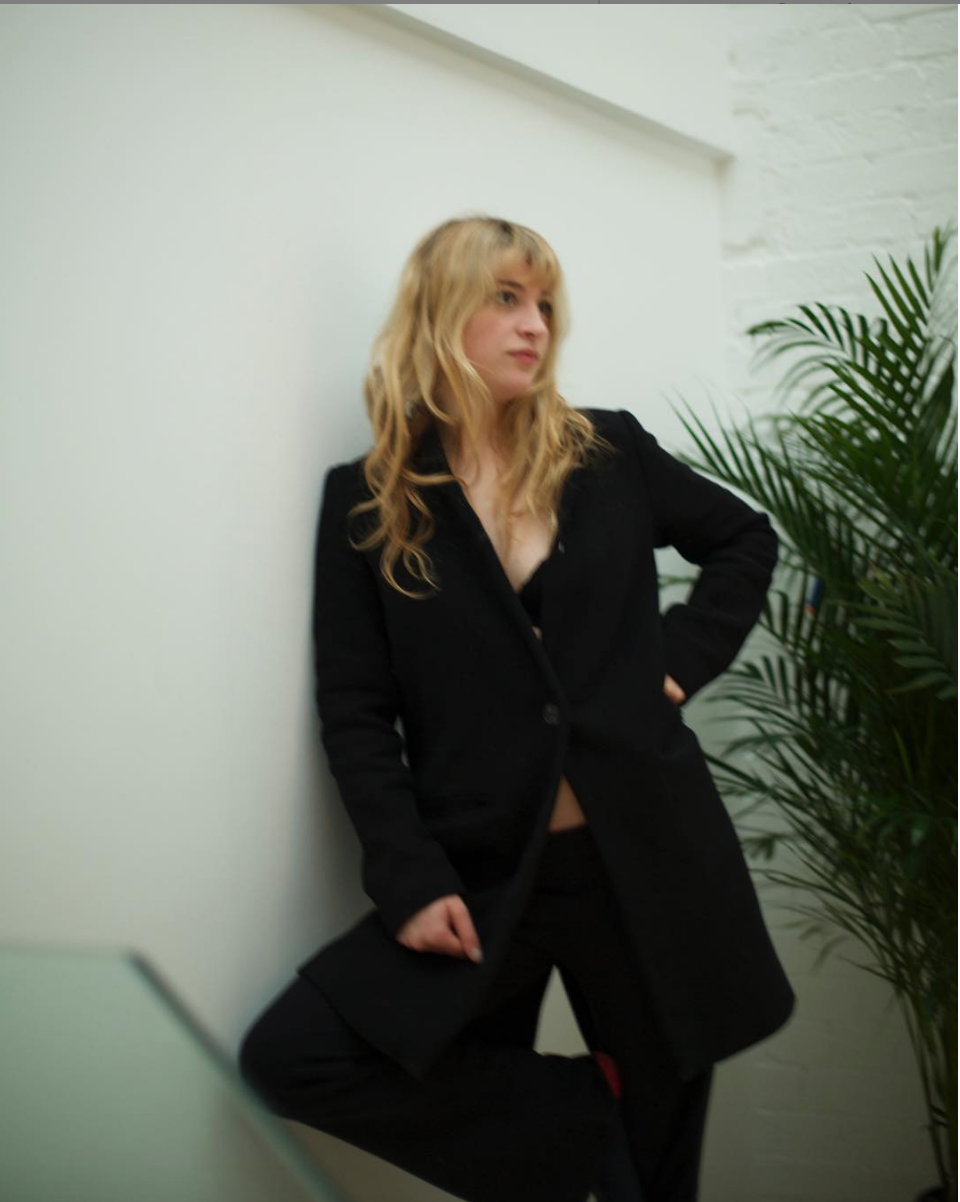 Fashion, however, was something Natalie hadn’t completely ruled out. Her work was spotted at her degree show by a Cuban woman who had been completing a masters in London. She was an events manager from Havana who dreamt of putting on a catwalk in the historic city during British Week. “It was a way of combining the two cultures and creating a bridge between them by using the arts industry,” Natalie explains.

Once Natalie had graduated she began designing for the show. “The collection is my first proper collection that wasn’t based on costume and theory but from fashion theory,” she explains. ‘The Children in the Garden Collection’ is influenced by British and Scottish folklore stories, arts and past cultural traditions, “Whilst aiming to encourage the careless and free mindset that children have with their day to day life which we as a society of adults have lost,” says Natalie.

Showcasing British fashion in a country that has such limited resources and is so culturally different, had a great impact on those interested in the arts. “It was so conceptually British, they didn’t even know what a wellington boot was when I first arrived, and in my collection, everyone was wearing wellies,” says Natalie.

Not only do we have access to materials and shops that don’t exist in Cuba, but we have far more creative freedom. Due to the current political state in Cuba being an artist is difficult; as when living under a communist regime it is illegal to profit from one’s art, and therefore it is not a recognised job.

If this doesn’t seem restrictive enough, a new law has recently passed which requires artists of any form to apply for government-issued licences. “This meant that there are a lot of people who are really interested in finding out about what it was like to be an artist in the UK because they had no idea about the opportunities and the things that you are given,” explains Natalie.

Natalie has been performing as a solo artist since she was in secondary school, but since then, she created a band with a group of musicians from Trinity College London, called Novena.

Whilst studying she remained adamant that music was the career for her and pushed to make both design and music possible. “We were rehearsing on the weekend’s and doing gig’s in the evenings, mostly for free.”

Since graduating, Natalie has decided to keep her options open and continue to pursue both careers. “It’s really hard to completely focus solely on music and it’s a really nice distraction having two things going on at once,” she says.

Natalie reveals that having yet to find a definitive aesthetic to her designs and music, merging the two professions isn’t something she intends on doing as of yet, but she will continue working on both for now.

“It was really random, I never thought I was going to do jewellery,” says Josephine Schulte who graduated from London College of Communication in July with a degree in Journalism. Having returned back to Munich after her three years in London, Josephine stumbled upon a career she had never anticipated.

With her friend/business partner Marie-Lilien, she created Jolou Beads as a hobby over summer. “We saw a girl in the street who was wearing really nice earrings, and then decided to make something similar and it developed out of that,” Josephine told Artefact.

Having a mother with a boutique in central Munich, Josephine and Marie-Lilien began selling their products from the shop and over Instagram. 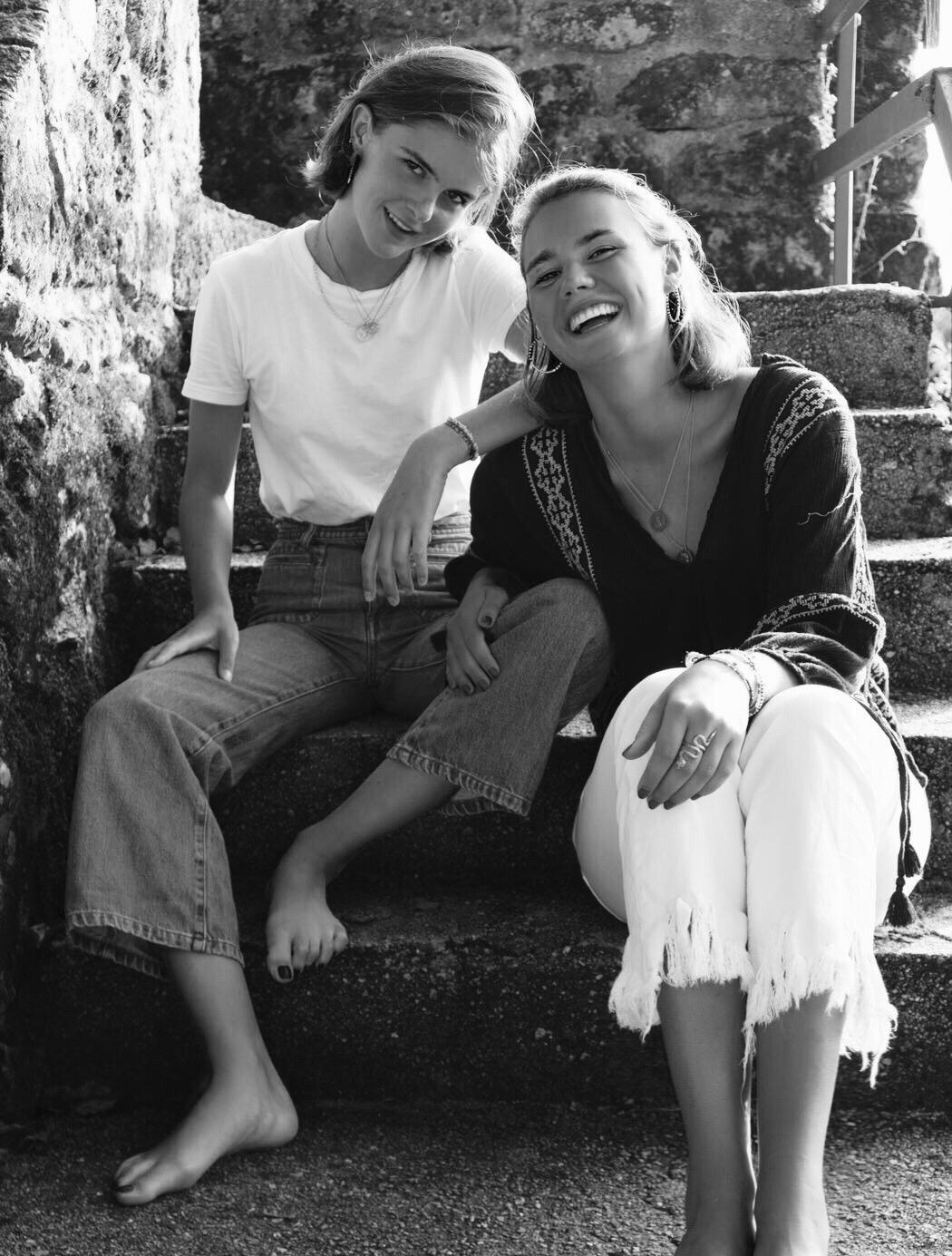 “In the beginning, we were doing quite simple things which I think is why it worked so well, and it’s not expensive,” says Josephine. The pair soon noticed a gap in the market, and the small business began to take off.

“There’s a huge market for mid-cost jewellery in Germany. There’s jewellery you can buy in places like Zara and H&M and then you have the really expensive jewellery like Tiffany’s, but there isn’t really anything in between.”

Coming from a background of journalism and film, entrepreneurship and jewellery were not skills she had developed, meaning she has had a lot to teach herself. Not only that, but the two have had to learn how to run a business as friends.

“We can separate our friendship from the business really well. For example, on WhatsApp, we have a chat where we just talk about the business, and another one for private stuff,” she explains. “We communicate about everything, every single Instagram post Marie-Lilien will send to me before, for example.”

As the two plan on expanding the business under the name ‘Jolou’ over the next year, the young entrepreneurs have decided to use the story behind their brand to expand. “Our whole business is based on our friendship. “Most of the work we do is with our friends, our models are friends of ours, and the photographers are friends of ours,” says Josephine. Their idea is to start a blog, which will evolve into a publication based on businesses which have been created by friends or siblings, “It would be nice to write about them and spread the word” she adds.

Since graduating merely a year ago, Josephine’s platform for Jolou beads has exceeded her expectations, and she and Marie-Lilien have big plans for the company’s future.

Elisa, another ambitious Central Saint Martins student began planning ahead of her graduation whilst still studying. A Belgian native with an interest in fashion, she applied for an internship with premier events company, Villa Eugenie. They are renowned for their fashion show designs and their clients are some of the worlds most famous designers.

But, to Elisa’s dismay, they turned her down claiming they were not interested in taking on interns. “They called me back six months after, asking me to come in for an interview,” says Elisa, and offered her a job once she had finished university. 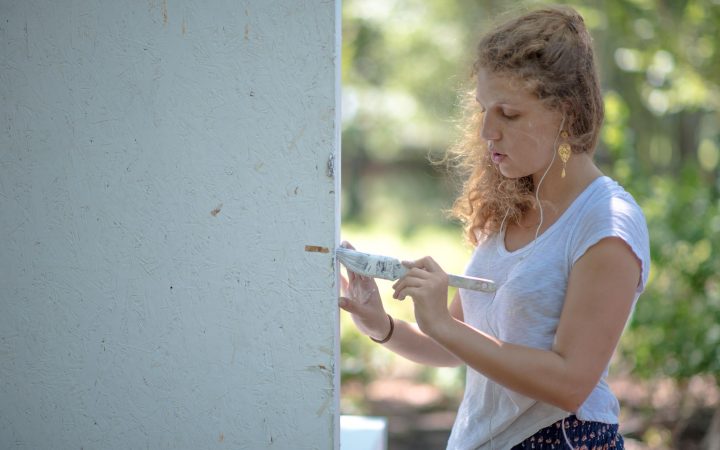 “You also forget how much of a big reputation Saint Martins has. The name is very important, and I know that’s why they hired me here. I think you can make it without it but it definitely makes it much easier,” she adds.

Elisa is in the creative department, working on the concepts of the show and doing the visual research, but has bigger aspirations for the company, aiming to make it more sustainable. “Set wise it is very impressive, and because you get such crazy budgets you get a lot of freedom,” but this comes at an environmental cost Elisa tells Artefact.

“That’s why I focus more on pushing the sustainable side of it because there’s so much waste,” she says. With hundreds and thousands, and even sometimes millions of euros thrown at these shows which end up lasting 15 minutes, all the materials are then thrown out and never used again. “Right now I’m trying to find a way that you could donate materials or hook somebody up with them because until now it’s been a bit disheartening,” says Elisa.

Elisa says she has never planned on working in Brussels for a long time unless she ends up making an impact environmentally. “Brussels is not as stimulating art-wise, there are really nice bars and restaurants, but not much or an art scene. I really miss London.” Whilst hoping to return to the UK, she had to hold off awaiting news on Brexit, a problem many international students will now face.

The dark side of home-schooling