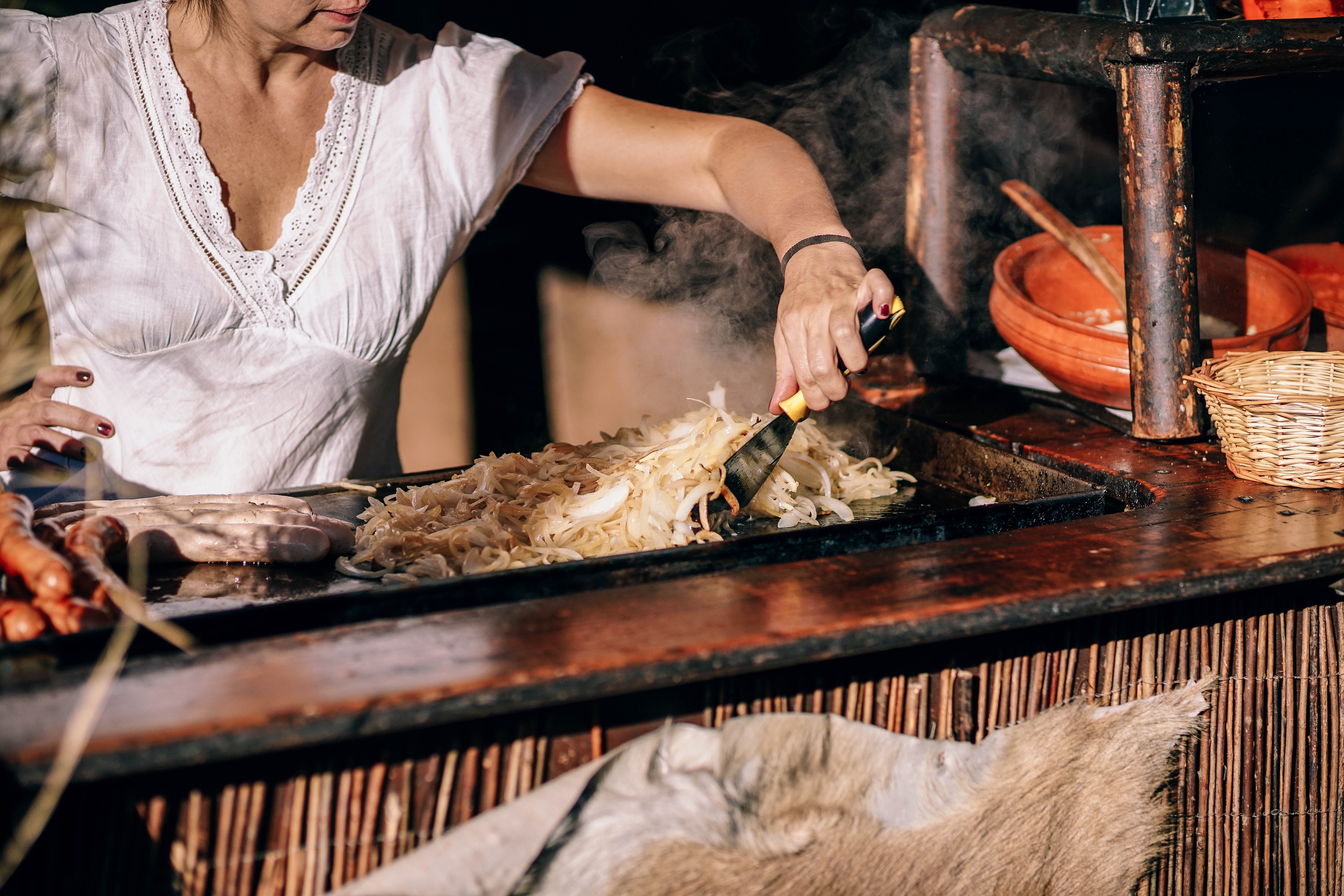 The food industry in the UK is a man’s world. In 2017, only 24% of chefs in the UK were women. Strangely, most of the cooks you know are probably women. In most heterosexual households, you will see the woman doing the cooking, and this has been ingrained into our society for centuries.

Women have traditionally been the housewives, caring for their other half’s stomachs and offspring. But, times have changed and women can work (hurrah!), so why is it that these cooks we know aren’t the ones providing the food on our plate when we are paying for it?

Of course, this is not to say that there are none. There are many brilliant female chefs leading the industry, but it is interesting to find out why there are so few.

Margot Henderson, chef and co-owner of the Rochelle Canteen in London explains that she has never personally felt much of a disadvantage due to her gender, but she does admit that when she used to work around lots of men, sex was a hot topic.

Rochelle Canteen, opened by Margot and her business partner Melanie Arnold, has always been an environment full of strong-minded women. “We have loads of women in our business but at the moment we only have one female in the kitchen here, but it’s not through us turning them away,” Margot explains. She says that she would actually rather turn to a female chef than male, but there just aren’t as many around.

“All my heroes were women chefs growing up. The first restaurant I worked at in Wellington was run by Jenny Burns, she wasn’t a chef but it was her restaurant. Lots of restaurants were run by women.” A difference she has noticed is, it’s harder for women to get funding.“It’s easier to borrow money as a man. Women really struggle with getting people to have faith in them,” and this, of course, does not help. 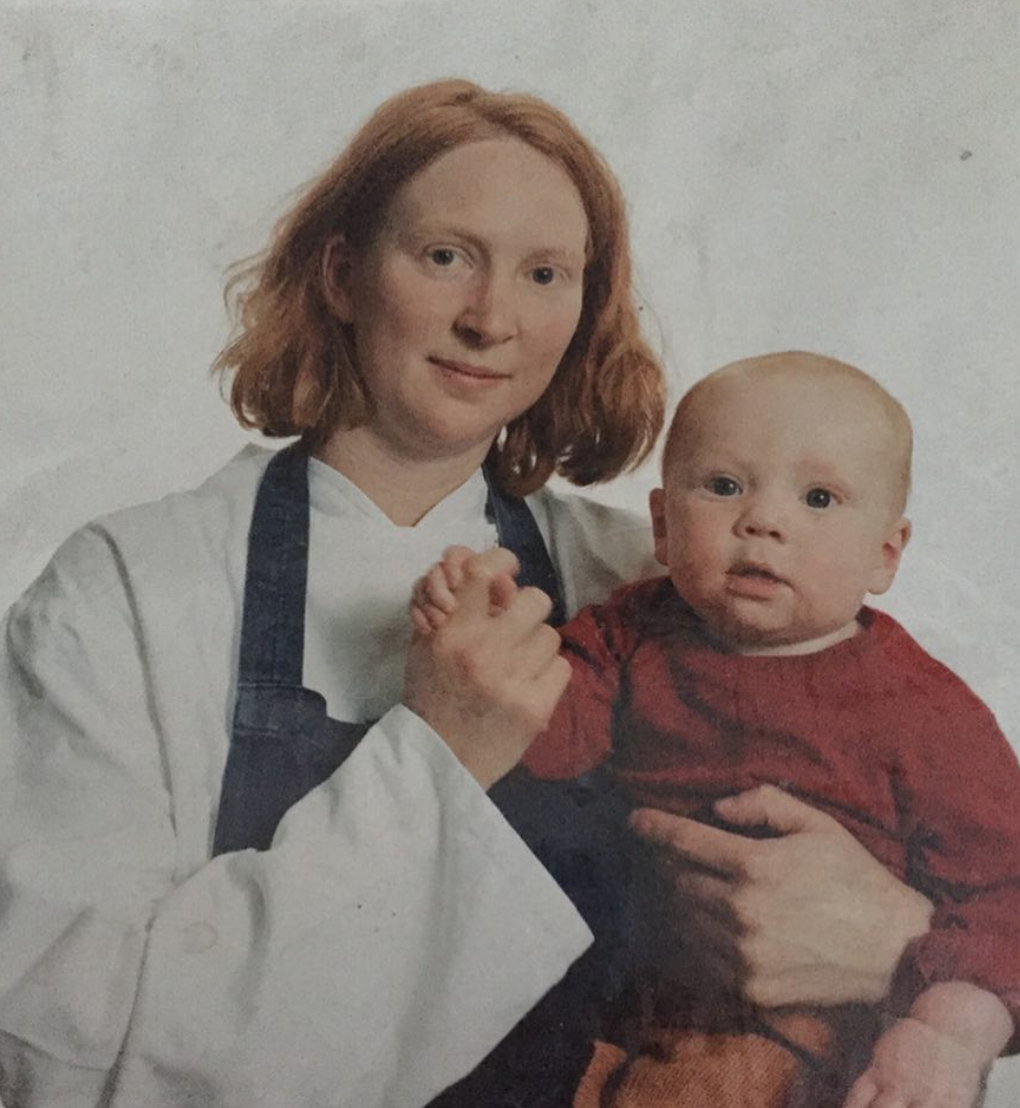 It stems back to an imbalance in genders which is problematic across all professions and trades. Perhaps in many kitchens, although women are employed, there is the innate sense that a woman may not be as capable as a man.

“Women can be marginalised, and be put on pastry sections too much sometimes,” says Margot. Handling meat, in the eyes of a man, is seen as their job.

When you look at photos of chefs like Marco Pierre White, topless with a grey shark laid across his lap, fag hanging out his mouth, this becomes apparent. Sexualising food as a strong masculine grind will make it harder for a woman to see herself in that position.

“What we all need is role models in our lives. Mine has always been Elizabeth I of England, Elizabeth David, Mary Sue Milliken and Stephanie Alexander. It’s amazing what a role model is. It’s just someone with some similarities that you can connect onto and I think the more women that are up there the more role models,” explains Margot.

When looking at the worlds top fifty restaurants, they are all male. And this, according to Margot, is due to a combination of factors. Fine dining consists of tiny particles of food meticulously placed, with a scientific approach to combining flavours. In other words, it is far off from what we were bought up on at home.

“I think women cook in a different way. Women are more nurturing,” says Margot, and this is represented in her food, and the food of many other female chefs. The Rochelle Canteen is known for its seasonal British food with European influences, a typical meal you may have there would be a pie and locally sourced greens.

Secondly, nature has a part to play. As a woman who wanted children, Margot inevitably had to take time out to start a family. She recalled how after having been busy looking after three babies, it was a struggle regaining her confidence in the kitchen.

Speaking about the men running the ‘Worlds Best Restaurants’, Margot explains that more often than not, “they have women at home looking after their children and looking after them. All they need to do is concentrate on work. To do it the other way around wouldn’t work.”

The Asian Catering Federation (ACF) represents more than 35,000 ethnic restaurants across the UK, and in 2017, chairman Yawar Khan predicted that over the following decade, we will see this number halved. One of the contributing factors for this drastic drop is due to staff shortages, as recently discussed on BBC Radio 4’s The Food Programme.

One of the contributing factors for this is that many Asian kitchens often don’t employ women. In fact, Romy’s Kitchen in South Gloucester was the first restaurant opened and ran by an Indian female chef in the UK, and that was in 2013.

Asma Khan, a London based Indian chef who recently featured on Netflix’s Chef’s Table, opened her first restaurant, Darjeeling Express in 2017 after years of running supper clubs. She too is a pioneering female chef, and the first British chef to be featured on the Netflix docu-series. Her kitchen is all-female, as she aims to teach women new skills and learn how to start their own independent businesses.

Shuck Oda, co-founder of Koya, a Japanese udon noodle restaurant originally based in Soho, says that she too was influenced by other women. “When I was growing up, my mum’s cooking and my grandmothers cooking were my influences rather than other chefs,” she says.

Having not grown up dining in trendy restaurants, nurturing home cooking was where she gained her initial interest in food. “None of my family is in the catering business, but from when I was young I never liked sweets and would always ask for miso soup or rice bowls for snacks,” says Shuko. Her mother encouraged her to cook them for herself, and from an early age, she began cooking for her family.

Nowadays, with three restaurants under her belt, Shuko reflects on her experience as a female chef. The first restaurant she worked in was in Japan and ran by a female chef, which she explains probably differentiated her experience, but admits that she did feel she had to prove herself within the team.

“As a woman, being a chef is quite physically challenging, but somehow you get through it. Mentally you’re in a spot where you just have to keep going,” explains Shuko. As a young chef, she used to push herself to reach the high shelves, and do the heavy lifting, proving herself no to be any less capable than a man.

“It is physically demanding so you have got to be tough and a lot of women don’t want that,” Shuko says about the lack of women in the industry. “Another thing is the lifestyle; it’s really unsociable hours.” “It’s really hard to find restaurants that allow you to come in after drop off and leave before pick up.” Shuko, having recently herself started a family, speaks about the challenges a mother faces whilst working in a kitchen. 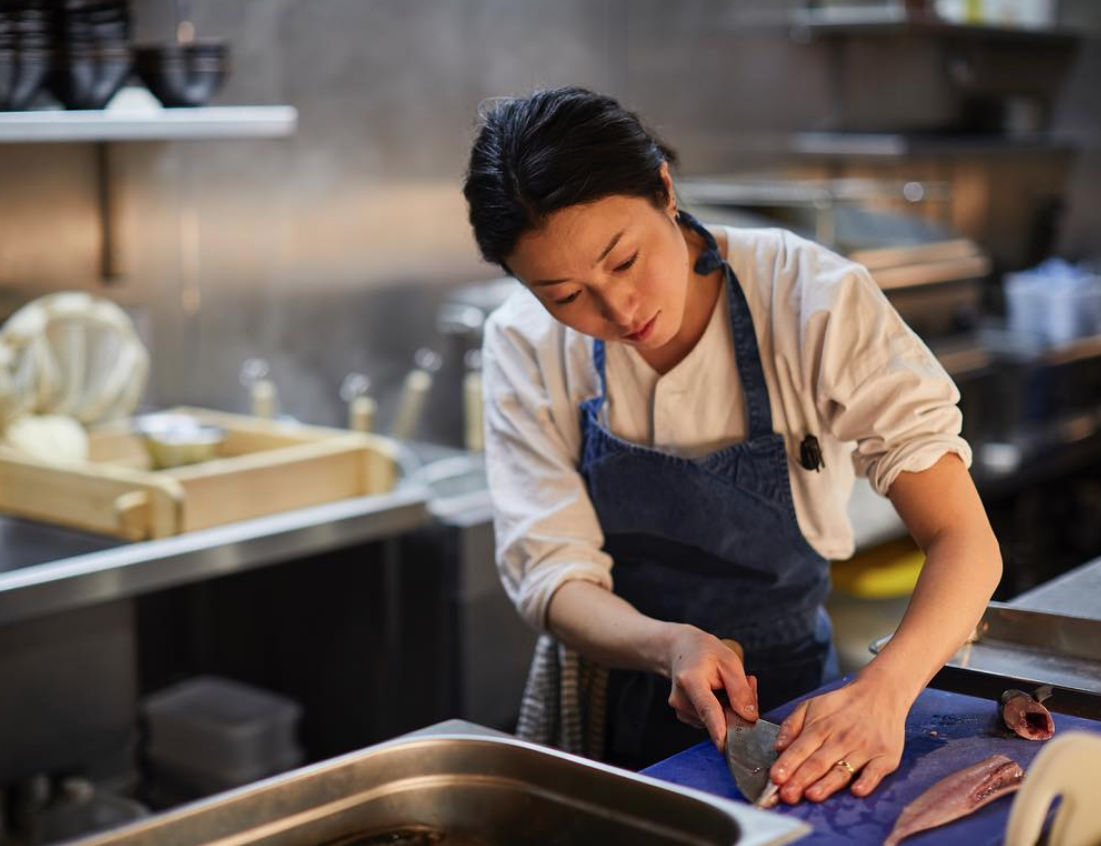 “In England, the notion is that women look after the children, and that is the truth,” says Shuko. That being said, it is difficult for a woman to be viewed as having the same commitments as a man. “People think it’s okay for father’s and male chefs to commit to those hours easily, whereas it’s a lot more difficult for females,” she explains.

Shuko explains that the way in which she works has changed since having children. “I have really started to think about how I can accommodate everyone in my teams’ lifestyle, and try to do the best I can.” “Having children has changed the way I work, the way I want my company to develop, and how we treat our staff,” she says.

Could it be, that despite new organisations like Women of Food, who have set up a database of female chefs for hiring restauranteurs, the industry will remain largely male-dominated due to a woman’s biological demands?

Although this has a crucial part to play statistically, the industry’s sexism is still prominent. For example, the ‘Worlds Best Female Chef 2018’ Clare Smyth, somehow did not make it into the ‘World’s 50 Best Restaurants’. Not only this, but the fact that women have their own sub-category seems like a dated concept, to begin with.