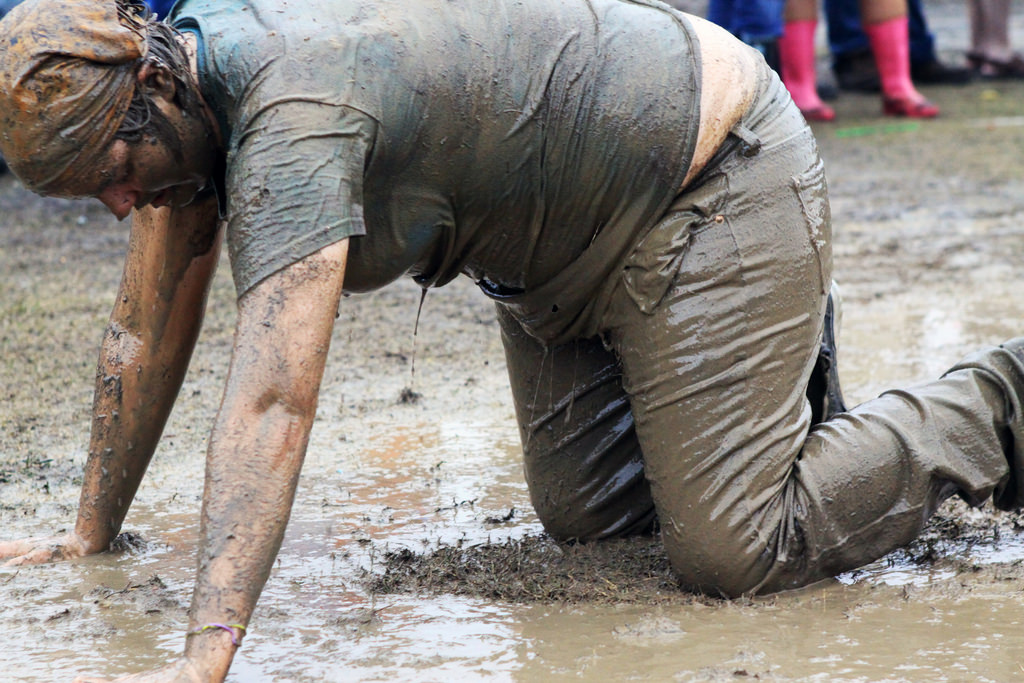 Singing your heart out with your favourite musician in the pouring rain is as British as you can get. But if you’re not exactly in the mood for the mud, the tent, the exhaustion that can be a festival experience, have a look at one of these inner-city festivals in London, that have been carefully selected from the large number of events on offer.

These have been rigorously selected for their lack of trash on the line up, location and low-key reputation to avoid all the sweaty queue’s you can expect this summer. In no particular order, I give you the best London music festivals for 2019.

If you like Jools Holland, BBC Radio 6 and champagne.

Meltdown is the only indoor festival on the list. Its not a cider-in-the-park kind of festival but this year’s curator is sure to make the ice melt.

Every year London’s Southbank centre enlist a musical icon to curate the proceedings; M.I.A. called shots in 2017 and The Cure in 2018. This year they’ve added a little more funk and enrolled producer, songwriter, musician, composer, guitarist and sonic trendsetter Nile Rodgers with the task of running Meltdown’s 26th year. 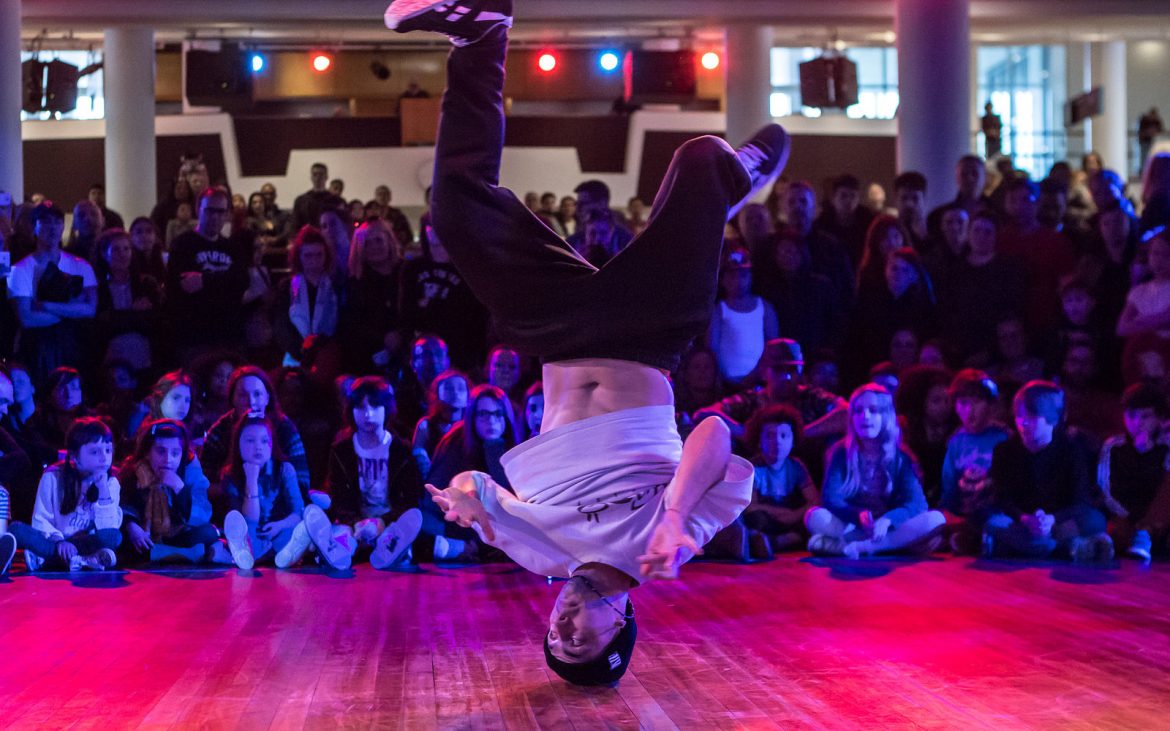 Rodgers, famously part of funk band Chic, produced large amounts of the Sister Sledge discography, Bowie’s Let’s Dance, Madonna’s Like A Virgin and more recently was heard on Get Lucky with Daft Punk.

Nile said: “To be able to curate and produce nine days of live music for the city of London, the UK and music enthusiasts visiting from all over the world is truly a dream come true. Anyone who knows my career knows that Funk, Disco, Jazz, Soul, Classical, POP, New Wave, R&B, Fusion, Punk Rock, Afrobeat, Electronic and Dance music all play a role and you can expect that to be reflected in the performances we are planning.” 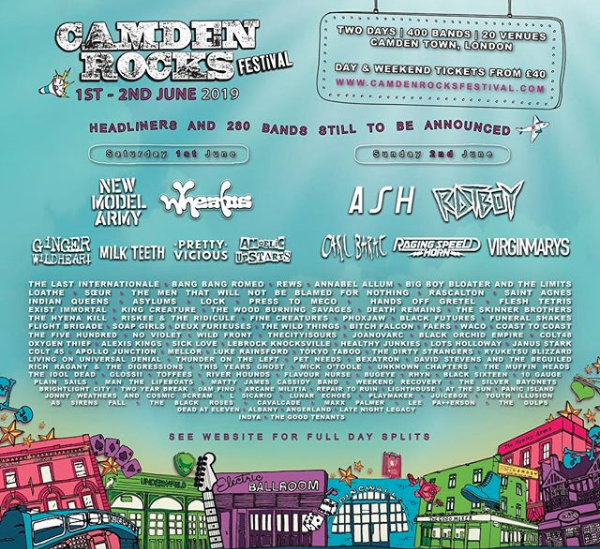 If you like the Arctic Monkeys, bar crawls and Reading festival.

Camden is truly a one-off borough of London and the same goes for this festival. Two Days, 400 bands, 20 venues.

On Saturday, headlining is singer-songwriter, Frank Turner. On the Camden rocks website, he said: “I (mis) spent my youth getting the train to London and the tube to Camden as fast as I could because I knew it was the epicentre of where I wanted to be in life. As an adult, I’ve lived in and around Camden, and now I’m at the Camden Rocks Festival. It feels like exactly the right place for me to be, it feels like home. I can’t wait.”

Also on the 1st is Brooklyn band Wheatus who is one year away from the 20th anniversary of their hit, Teenage Dirtbag.

If you think you can manage twelve hours of live music and will still be looking for more The Official Camden Rocks Festival after-shows will be held at The Underworld! Expect Punk, Rock, Indie, Dance, EDM and much more…

If you like two-step, air max 95s and Carhartt slacks. 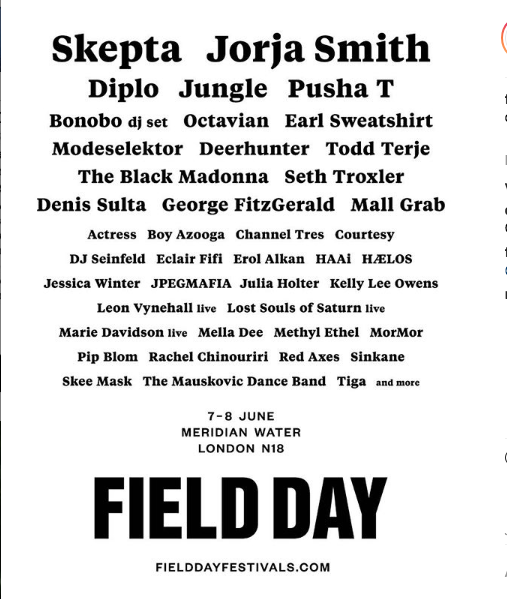 For 12 years, Field Day has consistently proved itself to be a special one. Featuring the best up and comers; from the lo-fi-house Caribou to the Hip Hop legend-in-the-making Loyle Carner, as well as some of the world’s most iconic artists, including Aphex Twin & Erykah Badu

The festival has relocated this year, from East London further north to the marshes of Tottenham. Don’t worry, no need for wellies. Weather is sure to be good this June. The new Meridian Water location features ten acres of outdoor space plus four gigantic, interlinking warehouses – the largest of which will be the biggest warehouse venue for music in the city.

If you like jazz, space and escaping the city. 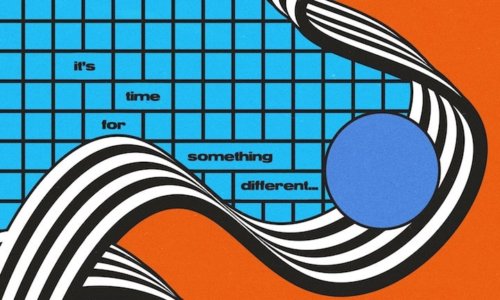 Its Time for something different [Image: The Jazz Cafe]

The Jazz Cafe, Camden are bringing a very intimate festival at the end of the August.

This one-day event is looking to be a serious save-the-date: low ticket price, one stage, zero fuss, with a carefully curated lineup put together by music lovers, for music lovers.

Stationed on the unique setting of Three Mills Island in East London, this August Bank Holiday fixture is a sonic trip through the extensive sounds of jazz, hip hop, afrobeat and funk, with a handpicked selection of the very best artists in their respective fields.

The line-up below is short but succulent: 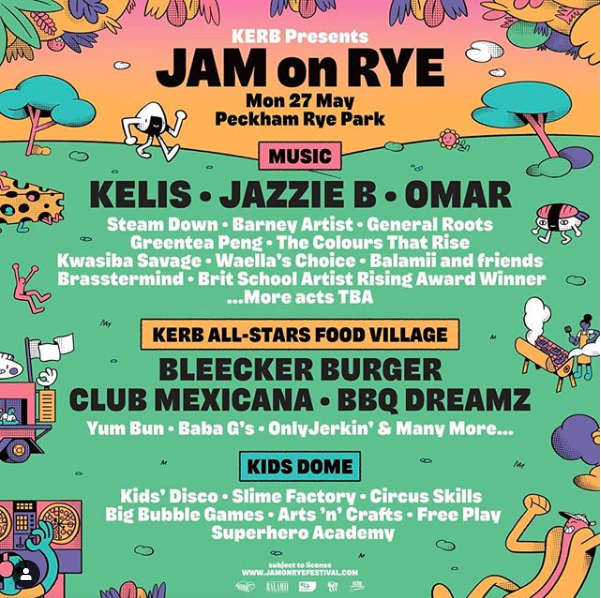 Jam on the Rye Lineup [@kerbfood]

The world’s first Michelin-star street-food trader, Kerb treated Peckham to a very special event in 2018 and they’re set to return this year with another blissful amalgamation of good food and good music.

Last year saw a comfortable crowd of 4,000 and this year is expected to be the same. This is the more family oriented out of the 5 and if you do have children they can spend the day at the Kids Disco, the slime factory or the superhero academy.

With a strong emphasis on the street food for your taste buds, this will definitely be a day to satisfy the soul and senses.

Everyone at Artefact hopes you enjoy your summer however you spend it. Stay hydrated, break bread and have fun.