Cast your minds back to June 2016: Donald Trump was just a funny businessman on the TV, Britain still mourned the death of David Bowie, a string of terrorist attacks following the Charlie Hebdo shootings dominated the mainstream media.

And then it happened.

A referendum where 51.9% of Britons who voted chose to leave the European Union. Britain was truly divided. A campaign filled to the brim with lies and misinformation, where leavers were famously promised an extra £350m a week for the NHS. A promise that has not been fulfilled.

Much of the problem with Brexit was that people didn’t know what they were voting for. Now in 2019 we still aren’t much closer to knowing what Brexit actually means for the UK. Far right and left wing memes on Facebook pollute the debate and leave voters feeling confused.

Brexit was marketed to leavers as “tighter immigration laws” and a stronger reliance on local industry. Whereas remainers subscribed to the consensus that “if it ain’t’ broke don’t fix it.”

Speaking to Alan, a 60 year-old warehouse operative from Derby revealed his reasons for voting to leave. “I remember what it was like before the EU, we had no-one telling us what to do. No foreign influences controlling our money and we could put it into the British economy.”

“We basically took the view early on to plan for the worst and hope for the best.”

Tim Hall moved to Portugal in 2008, leaving behind his acting career in London in the hopes of living a lower impact lifestyle. He refers to himself as an immigrant as he finds the term expat to be “pejorative.” He goes on to say that the word expat is “used by people to describe themselves, who don’t engage with the culture or language and hermetically seal themselves in enclaves of their own nationality.” Instead, Tim sought to integrate himself into the Portuguese lifestyle.

“As far as Brexit is concerned, we are in a better position than most, because we have permanent residency,” Tim tells me. Over the last two years, Tim and his wife have shifted everything out of the UK. They now pay tax and social security In Portugal rather than back in the UK and therefore will be entitled to health care and pensions post-Brexit.

“We basically took the view early on to plan for the worst and hope for the best,” Tim says, a strategy some would have labelled paranoid not long ago.

“It’s not so much that people have not been able to apply. Maybe, they are not intending to stay long term, or they do not want to be in the system or just haven’t got round to doing it,” Tim says. Post-Brexit, applying for a permanent residency may be far more difficult.

“The biggest thing to hit people will be the loss of reciprocal healthcare provision and the inevitable drop in the pound,”

“I think the risks of being under the radar will increase, when the UK leaves. It will be harder to become legitimate,” Tim explains. People living under the radar “will have a difficult choice of whether they go official or risk being found out and removed from the country.”

Applying for a driving license is one of the many problems unofficial immigrants may face post-Brexit: “In the event that there is no EU Exit deal, you may have to pass a driving test in the EU country you live in to be able to carry on driving there,” states the Gov.uk website.

Those who will be hit worst by Brexit are the elderly and retirees living in Europe: “The biggest thing to hit people will be the loss of reciprocal healthcare provision and the inevitable drop in the pound,” says Tim.

A drop in the pound means that pensioners’ life savings will lose value and more expensive healthcare will affect the elderly who depend more on healthcare. “Retirees may have no option but to move back,” Tim continues. Following the result, a 2016 Guardian article reported “the value of sterling slumped to a 31-year low on currency markets.”

“I think, for those who were disenfranchised from voting in the referendum, which could fundamentally take away their rights is absolutely shameful.”

Another problem elderly UK immigrants may face is being unable to vote in the referendum that affects the future of their stay. Migrants who had been in the country longer than 15 years were not able to vote on the referendum. Fortunately, Tim was able to vote “I think, for those who were disenfranchised from voting in the referendum, which could fundamentally take away their rights is absolutely shameful,” he explains.

British immigrants face the same confusion as people in the UK, with the same disinformation going around in European countries. “Some people have engaged and planned for a worst case scenario, others have chosen to just ignore it and hope it won’t affect them,” Tim explains. The people most concerned are those who cross borders regularly for work, as Tim says “others are staring into the abyss because their entire livelihood is dependent upon being able to cross borders.”

The situation has been worsened by the lack of communication from the UK government: “There has been very little communication, basically because the British Government has been using us and EU citizens in the UK as bargaining chips,” Tim says. British immigrants have received little advice or even recognition of the problems they will face post-Brexit.

The action group, British in Europe has met a number of times with high-ranking EU officials, including Michel Barnier, to voice the concerns of British immigrants, they have had little or no contact with anyone of note from the British Government. 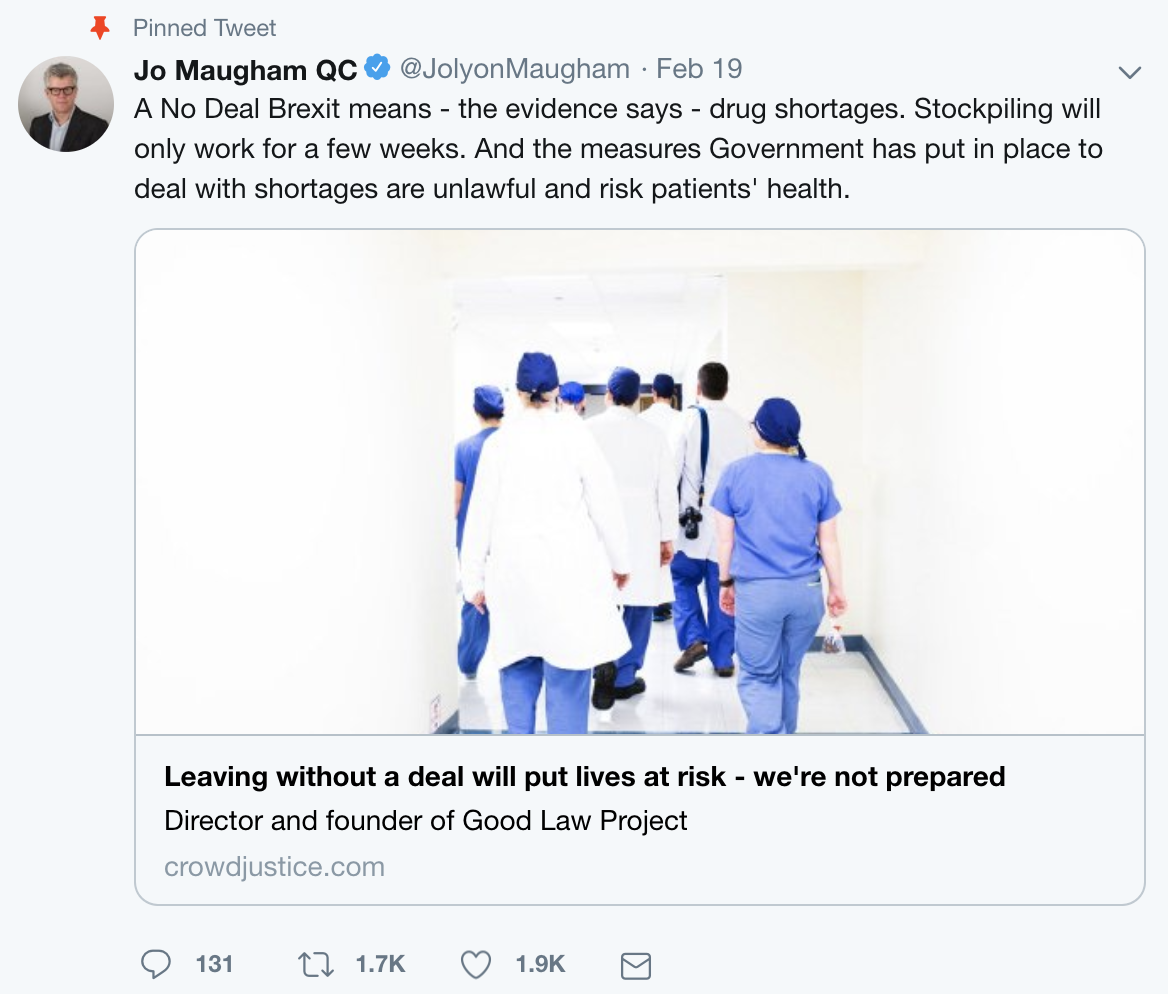 British immigrants have relied on communication from their respective countries “the Portuguese Government have stated that in either scenario that anyone with permanent residency will not be affected,” Tim explains. “The EU has been far more communicative and consistent. It issued a briefing paper on a no deal Brexit in July last year,” he continues. The EU has compensated for the UK government’s failings.

Many British immigrants look to support groups such as British in Europe, who are the largest coalition group of British citizens living and working in Europe. “I get a lot of information from knowledgeable people on Twitter,” Tim states. For example @StevePeers – Professor of EU, Human Rights & World Trade Law at the University of Essex and @JolyonMaugham, who has headed up a number of lawsuits to protect UK citizens’ rights in EU.

“When we moved into the village, we became people of the village. We support and protect each other,” says Tim. Fortunately for Tim and his wife, their place in Portugal is secure whatever happens post-Brexit. However, if it wasn’t for clever planning this might not have been the case. For many other British citizens living in Europe, their futures are uncertain. Their jobs, homes, healthcare, pensions, lives may be at risk.

The UK government’s incompetence has left British people both in EU countries and the UK feeling excluded from the debate that influences their future. It has fallen down to the responsibility of individuals and groups like British in Europe to pick up the pieces.