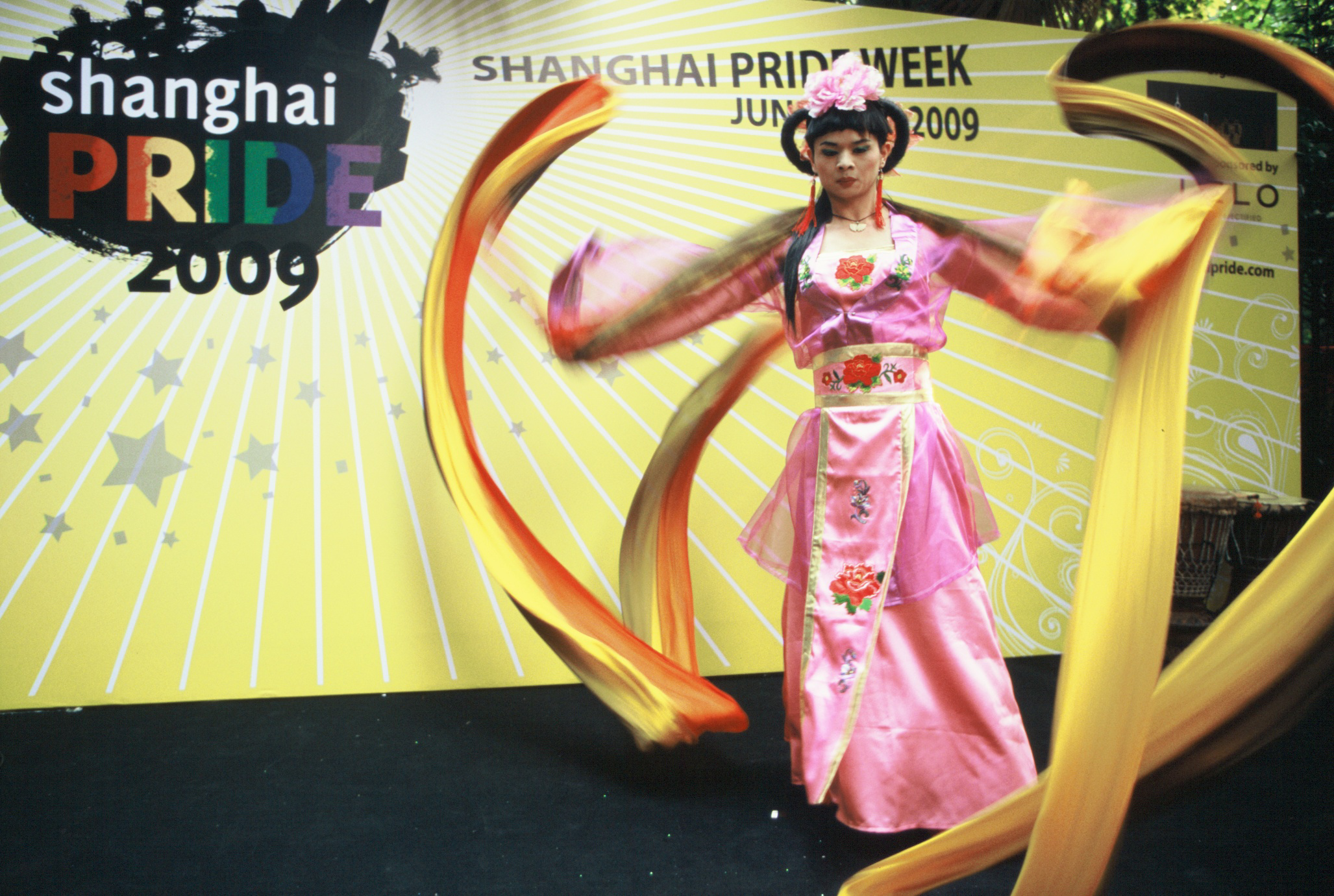 After the four-month summer holiday, my flatmates and I are back from China to prepare for the new academic year’s study. However, Aaron seems woebegone after the holiday. One day during breakfast, he sighs and starts to talk about his dilemma: “My parents told me that they have bought a new house for my future wife and me in my hometown. They kept asking me about the girlfriend things, and my mum even tried to introduce her friend’s daughter to me last month.”

Aaron is my old friend, and we have been classmates since junior high school in China. Now, we go to the same university in London. Three years ago, in the first year we arrived in London, Aaron told my other flatmate Maria and me that he had fallen in love with a guy. I can still clearly remember the moment which Aaron came out to me three years ago: He knocked on my door and crept into my bedroom. He looked hesitant and had something to say. After a while, he eventually spoke in a shallow voice with a bashful half-smile on the face. Warily spoke with a tentative tone: “Edward and I have been together for a month.”

I was astounded to hear about this news and didn’t know what to say at that moment. I pretended to be calm and show understanding to him. Aaron said he wasn’t ready to be open about his relationship because he still cares about others’ opinion. I understand his worries and agreed to keep this secret for him. Aaron’s parents are typically Chinese conventional parents who think that their son is of marriageable age and ideally should have a girlfriend. 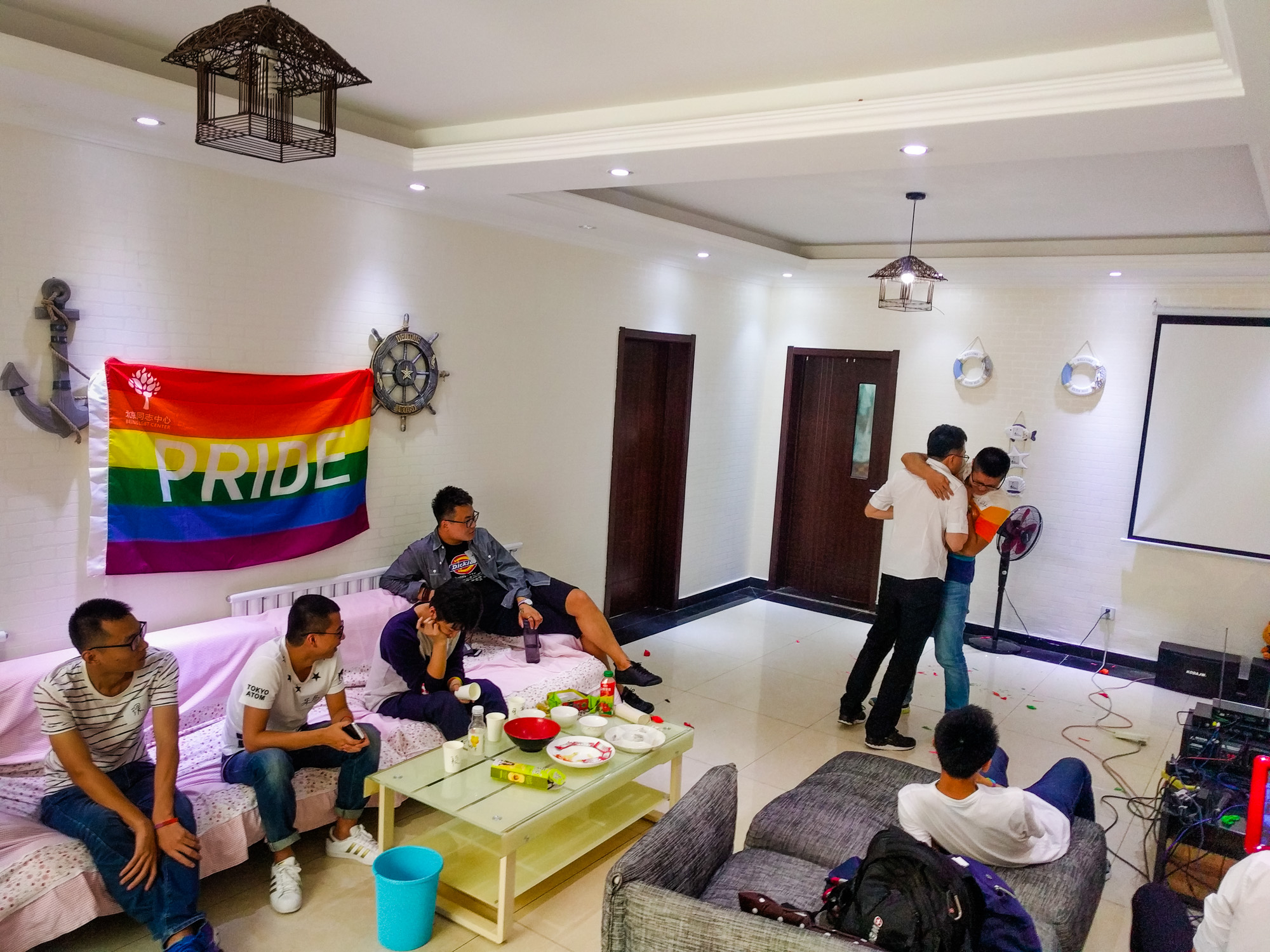 Aaron pours milk into his glass and sits down, fiddling with the cereal packets. He says: “I have never dated with a girl before, and my parents think that I should at least have some love experience.”

He continues with a puzzled frown: “To be honest, if I were straight, I would not think about marriage right now because I have not even finished my studies yet.” Aaron thinks that it is ridiculous to consider marriage at the age of 23. “My mum would be seriously mad if she knew that I secretly have a boyfriend. It is not a common thing”.

Aaron tells me that during the summer holiday, he tested the waters with his parents several times and attempted to introduce the concept of same-sex attraction to them. But it was obvious that they would not be able to accept that he is gay and their reaction made him fall into despair and he decided that he will never broach the subject again. “They will never welcome this news with open arms,” he says.

Aaron and his boyfriend Edward are striving to stay in the UK after graduating as Aaron wants to be free of his family. “I will never expect them to understand me anymore.” Now, Aaron only attempts to imply to his parents that marriage is not in his plans. “But I am still dreaming of that one day, I can openly tell others about our relationship.”

Homosexuality is not against the law in China, but it is frowned upon, especially by older people who generally view it as is immoral and a source of shame. Few lesbian and gay couples in China come out to their families as they fear the extreme reactions of their parents. Same-sex sexual activity has only been legal in China since 1997. Homosexuality was classified as a mental illness until 2001, gay marriage remains illegal and same-sex couples are banned from adopting children.

China’s LGBT population is said to be between 56 and 84 million. The United Nations Development Program published a survey in collaboration with the Sociology Department of Peking University, and Beijing LGBT Centre, indicating that only 5% of China’s LGBT people have disclosed their sexual orientation publicly, with some 95% of respondents keeping their orientation secret. In China, this group experiences a rate of depression three times higher than the non-LGBT group, and 40% are said to have considered suicide.

Marriages of convenience are not uncommon, involving one heterosexual and one gay partner, or two gay partners: a lesbian and a gay man married to each other. However, tragically more common are marriages in which the gay partner conceals their sexuality from their spouse.

The Chinese neologism Tongqi（同妻）refers to women who unwittingly marry gay men but are heterosexual themselves. They can live marginalised, voiceless existences, ashamed oppressed by traditional culture, afraid to speak out. They are numerous and of all ages and few are willing to disclose the fact of their loveless marriage as they worry more about the social stigma of being divorced.

There are a number of social and political issues behind Chinese attitudes to homosexuality. The ‘one-child’ policy means that  China is a country of only children, so if your child is gay, your family line is likely to die with your child. Secondly, in China, family value has virtually become a bellwether gauge for one’s political affinities. Filial piety, Hsiao, (孝xiao in Mandarin) is the quintessential family value and is considered as the most fundamental good quality of humanity. 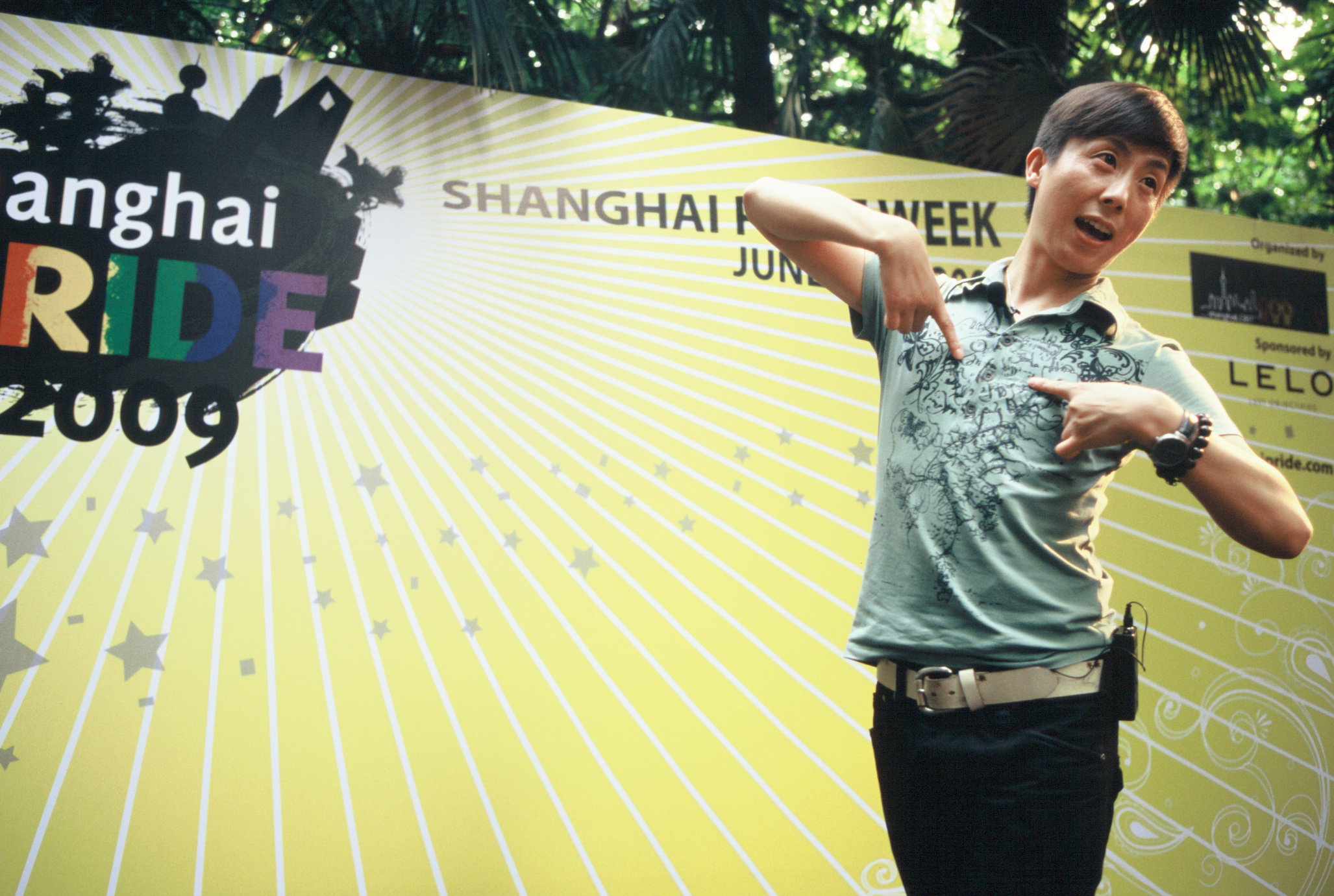 Thirdly, people especially the older generation retain a conservative attitude towards homosexual love. They think that it is shameful and they don’t want their children to be gay for fear that they will be excluded from society. The Japanese saying: “The nail that sticks out gets hammered in” also applies to Chinese culture.

There is a Chinese saying that of all those who lack filial piety, the worst are those who have no children. Producing an heir is the most significant act of filial piety. Parents, who often make great sacrifices so their only child can succeed, see a successful heterosexual marriage and grandchildren as the signs of the filial piety they deserve. Thus, heterosexual marriage and giving birth to new lives can somehow represent one’s responsibility and become moral choices.

Activists say conservative attitudes of some parts of society have prompted occasional government clampdowns. “China’s government has not stated a clear position on the country’s LGBTQ community,” says Yanzi Peng, director of LGBT Rights Advocacy China, a group based in Guangzhou.

China is not a particularly religious society and living together before marriage is not going to be considered a sin in the 21st century. Nor will someone who falls in love with a same-sex partner be jailed. The Chinese Government’s approach to LGBT rights and same-sex marriage has been described as “fickle” and as being “no approval; no disapproval; no promotion.” Public opinion towards LGBT people is becoming more tolerant.

However, the Chinese government sees LGBT organising as a threat through the authorities do not express their outright disapproval of the LGBT community as that would go against international attitudes on this issue. Instead, they turn a blind eye towards same-sex relationships.

“Homosexuality was classified as a mental illness until 2001”

LGBT content has sometimes been banned on traditional media as well as social media. The Oscar-winning gay romance film Call Me by Your Name was scheduled to be screened at the Beijing International Film Festival in April but abruptly got pulled one week in advance without explanation.

However, such moves can lead to a public outcry, particularly among China’s younger and more liberal citizens. In April 2018, the social network Sina Weibo controversially announced that for the next three months it would be removing comics and videos “with pornographic implications, promoting bloody violence, or related to homosexuality”.

The internet company said the initiative was in an effort to “create a sunny and harmonious community environment” and comply with the country’s cybersecurity laws. In response to Weibo’s move, Chinese netizens posted photos with their same-gender partners, comments, and rainbow emojis, accompanied by the hashtags #iamgay and #iamgaynotapervert.

Weibo has so far removed over 50,000 pieces of content, shut more than 100 user accounts and removed 62 topics considered to have violated its standards, it added. The initiator of the topic #iamgay, a Weibo user called Zhudingzhen had their account shut down and LGBT content was blocked by the platform, with a message saying that is “illegal and improper”.

Zhudingzhen decided to confront the censors and applied for another account publishing a post saying: “You can never stop me expressing what I want to say. If I were taken down, there would be more and more people like me appear.” The post has gained supporters all over the world.

Meanwhile, a woman in Shanghai received 5.5k likes for a post which expressed her disappointment at Weibo’s move. She told the public that she is the mother of a gay son and they both love China. No matter where they go, they would tell others loudly and proudly that they were Chinese. Yet, she pointed out, Sina Weibo discriminates against and attacks this minority.

Following the criticism, Sina Weibo relented, saying that its policy would no longer include gay content and would only focus on checking pornographic and violent material. “Thank you, everyone, for the discussion and your suggestions,” it said in a statement on its microblog account.

The online backlash to Sina Weibo’s policy was a sign of growing acceptance and confidence of China’s gay community, according to Lu Pin, an activist and founder of the Feminist Voices blog. “China’s gay community continues to push through obstacles. The growth around the world in support for gay rights has also given the Chinese strength” Lu said.

Fortunately, nowadays, well-educated younger people in China show tolerance to homosexuals and some believe government attitudes may change. However, the future of Aaron and Edward remains uncertain. In order to maintain the relationship, both Aaron and Edward have to stay away from their home and parents. Britain is their Utopia as people here show great tolerance towards gay people, so they are eager to stay.

There is only one year left for Aaron to figure out a solution, but he has not made decisions: “the future is hard to predict, but we will try hard,” he says.

Aaron and Edward are not the students’ real names