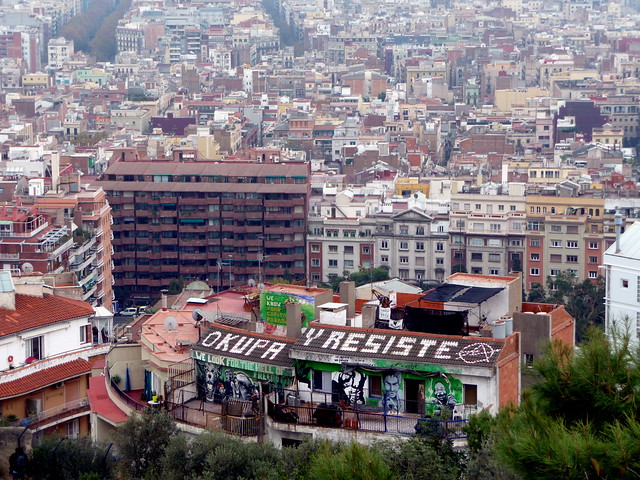 It’s 12 o’clock, the 2nd of April. At the door of Casa d’Àfrica, a hundred people are chanting. They are students and activists of the neighbourhood of Poblenou, Barcelona, who are protesting against the eviction of squatters in Casa d`Àfrica.

Casa d’Àfrica has been run by the “Centre Social Okupa Autogestionat La Teixonera” (Self-Managed Social Squatter Centre “La Teixonera”) since 2007. They dedicate the space to people in need of shelter. In the past year, they have granted housing to 33 immigrants still waiting on their asylum requests.

According to Roger Fernández, a young student and activist who has participated in the citizens’ opposition against the eviction: “This is a paradigmatic case because two laws intersect: on the one hand, the right to housing, and on the other, racism and immigration. There is a double-discrimination: the fact that you are poor and can’t access adequate housing, added to the fact of being illegal, thus having no papers, not being able to vote or to enter the legal circuit…”

Life for immigrants in Barcelona becomes hidden, making this sector of society “extra-vulnerable”. Spaces like Casa d’Àfrica become their self-managed community, divorced from society. Roger adds that it is even more important to make spaces like Casa d’Àfrica visible to put a stop to the current discrimination these collectives are suffering, “not only by law but under the action (or inaction) of the population itself.”

“Laws are not always being complied with,” Guillem Bantolà, another student and activist involved in stopping the Casa d’África eviction, explains. The people of Barcelona denounce how basic rights and standards the government should address, such as that to housing, despite being clearly stated in the Spanish constitution, are not being conformed with.

Back to 1943, the renowned scholar Abraham Maslow’s drew our attention to the fact that having access to a shelter is as fundamental as having access to food, air and water. The situation in which so many people in Barcelona have found themselves in is one of the consequences of the fact that “housing (in Barcelona) has become a business rather than volition to satisfy a basic need”.

In the neighbourhood of Poblenou there is another occupied house known as Africa Roots. Like Casa D`Àfrica, this house acts simultaneously both as a means for shelter as well as a means to forge a community amongst the inhabitants. “I have no job, no papers, no home… and no one helps. What am I supposed to do?” Ibrahima Bathily, a resident in Africa Roots and originally from Senegal, tells Artefact his life story in his two square meters ‘apartment’, with dim lights and walls made of cardboard.

“I have been in the same neighbourhood for 14 years, moving from one empty house to another, after being kicked out of the previous ones. I don’t like what I’m living in, but I have to do whatever I can to survive”. We look around and don’t see signs of any bathroom or shower. There isn’t running water either; most of the residents drink canned beer. 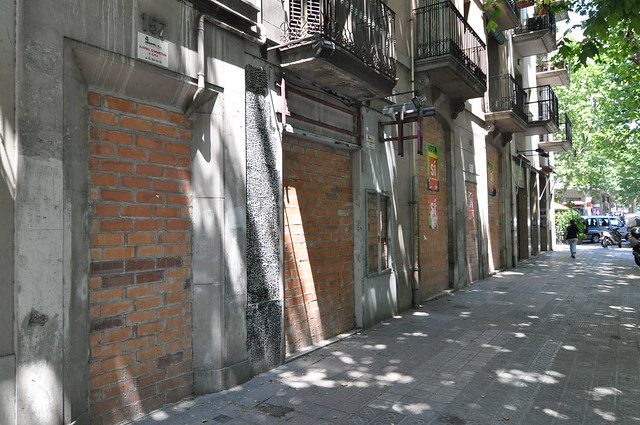 “It’s this or the streets” explains Sira Esclasans, photographer, journalist and activist at Emergència Frontera Sud (EFS), a citizen-run network of activists that focuses on providing support and guidance to migrants.

Most immigrants who come to Barcelona have tried all sorts of solutions to get a roof over their heads: from registering in hostels to signing up to the public housing system. But they haven’t found answers, “so we believe that when the system doesn’t give answers, society must,” says Esclasans.

He/she realises how the “municipal facilities have collapsed” on account of the great number of migrants coming in and the limited resources available to deal with them. But the problem doesn’t limit itself to just those coming from outside. “We are in what experts call a situation of ‘housing emergency’”, explains Judith Cobacho Haya, coordinator of the Servei d’Intervenció en la Pèrdua d’Habitatge i Ocupació (SIPHO) (Service of Intervention of Loss of Housing and Occupation), run by Barcelona City Council.

Cases like Casa d’Àfrica and Africa Roots are only part of the 34 per cent of the cases that Judith deals with: collectives that have never had any legal ownership of property (okupas or squatters). The rest of the 66 per cent of the cases did have temporary ownership of their house at a moment in time, but failed to meet the payments and eventually were evicted from their homes.

Of the people Cobacho supports, 75 per cent are currently earning less than “1.5 times the IRSC indicator” (‘Indicador de Renda de Suficiencia’, Rental Sufficiency Indicator). These people find themselves in a situation of “both social and residential exclusion”. The unsustainable gap between employment conditions and rental pricing in 2018 alone resulted in “2,270 evictions only in the city of Barcelona, affecting 6,371 people, 2,354 of which were minors”.

But what has really caused the current housing emergency in Barcelona? Cobacho puts it down to three main reasons. First, inflation of rental prices as a consequence of the economic crisis. The persistent separation between revenues versus rentals has caused an increase in failure to pay mortgages, internal immigration and, in extreme circumstances, homelessness. “After the crisis, wages have stabilised while house rentals have gone up drastically” Cobacho explains. In 2018, the RFDB (“Renta Familiar Disponible Bruta” Family Gross Income Available) per citizen increased a 63.4 per cent, and the average price for a house rental in Barcelona increased by 127.7 per cent, marking a historic maximum of €929.6. 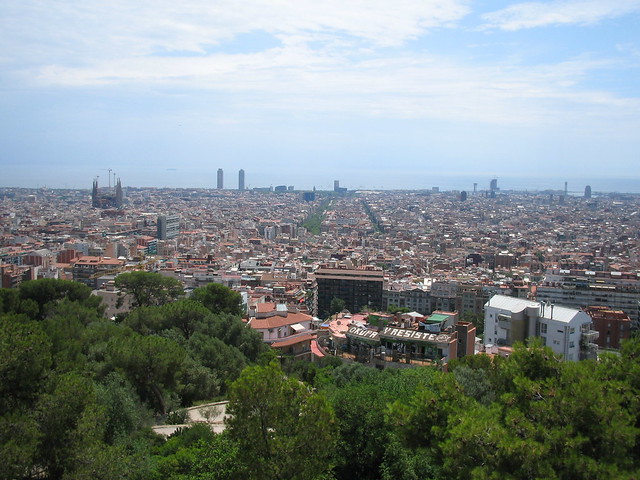 Barcelona view with a squatted house in the forefront [Flickr: Kim Bach]

Third, the lack of price ceilings. Spain, unlike France and Germany, doesn’t have price ceilings, which has contributed to the drastic inflation of prices. This has meant that when contracts expire, owners can increase rents at their leisure, forcing tenants to move out and leaving some homeless.

Cobacho and her team try to find solutions through a wide array of options but they are never as immediate as they would like. The most common is through the Mesa d’Emergències, an entity that gives public housing to people in social risk. However, the ‘severe congestion of cases’ slows down the process greatly.

Another possibility is by reaching agreements with property owners through loans provided by La Borsa de Lloguer, social entities or the government that can reach up to €20,000. Cobacho’s team also has a “convention with banks” who give them bank-owned inhabited apartments for the families. But families can’t live off loans all their lives, and Barcelona doesn’t have nearly enough public housing to house all these families.

“The problem is that we can’t change the labour market,” Cobacho says, and as a consequence, Barcelona has arrived to a situation where the most essential need of shelter isn’t being met. Squatting is the most immediate response to the current deficiencies Barcelona is experiencing. It is also the most discernible by the community, so much so that it persuades us to raise legal questions with which the real problem becomes concealed: the housing emergency in Barcelona.

The 6,371 people affected by evictions just last year were families who couldn’t afford to pay their rents anymore. They will have to find alternatives to the streets, either with the help of the government or eventually on their own, which might suppose having to occupy empty properties. We then wonder if the legal questions concerning squatting should be that important when the fundamental right of housing written in the Spanish Constitution is not being complied with.