When Onlyfans launched in 2016 it was virtually unheard of.

Fast-forward three years and it is not uncommon to find peculiar headlines by even tabloid standards: “Woman makes £3,000 per month from selling her selfies online” or “Love Island’s Megan Barton-Hanson posts naked videos of herself online for £15 a month.” In both instances, the subscription-based website Onlyfans was the platform of choice being used to sell explicit content.

Onlyfans essentially works on the same principle as a social media platform. It mimics the layout of Twitter and in order to view content that users have posted, or to interact with others who are already signed up, you have to pay a monthly fee for each user.

In the wake of the ‘YouTube Adpocalypse’ starting in 2017, adverts were only featured on ‘family-friendly’ content channels, causing controversy within the YouTube community as many channels were no longer able to obtain ad revenue, essentially profit, from making their videos.

Even though Onlyfans and Patreon share a similar concept by providing a platform for fans to have to pay for content, it is Onlyfans that has increased in popularity with users solely selling explicit content.

[pullquote align=”right”]“There are some girls that post really explicit content and they have a much higher subscriber count. I don’t post stuff that is too explicit, but I charge more”.[/pullquote]With a lack of monetisation available on most social media platforms, this has led particularly female, influencers, creators and others towards these platforms.

It is important to note while anyone can create an Onlyfans account, it is aimed at influencers who already have an existing fan base on social media or online. This is necessary for users signing up in the first place whose intentions are to be able to receive earnings otherwise they will likely have no one to charge.

Influencers include but are not limited to YouTube content creators, Instagram models, photographers, personal trainers, reality TV show contestants who have grown a social media following as a result, and more.

Influencers will upload more exclusive content on Onlyfans which typically is not available for fans on free-to-view social media platforms. While superfans may sign up to their favourite influencer’s Onlyfans regardless, it’s a supposed incentive for their whole fan base to sign up.

This kind of exclusive content is described by Onlyfans as: “extended tutorials for training and workouts, exclusive images and video, and even personalised content based on fan requests.” While there may be a few influencers who do not partake, a large majority of the uploaded content is explicit. Content which is deemed too racy for platforms like Instagram, which as a result goes against their community guidelines.

She was introduced to Onlyfans through a friend on the platform that used to do online webcamming. After Kelsey decided to create an account too, it soon became lucrative to the point where it was now her main source of income.

“I just do Onlyfans now. I used to have my own photography studio a couple of months ago, but I don’t have it anymore. It is hard work. It takes a lot of your time. I used to work as well as do Onlyfans but it got to a point where I just didn’t have enough time for both,” Kelsey says. 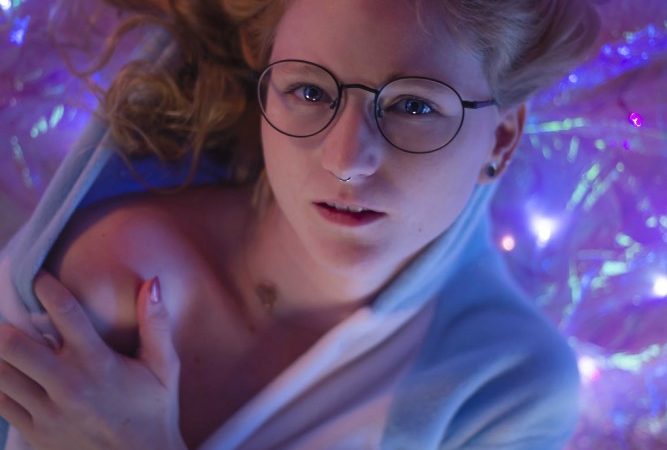 Kelsey also mentions her partner’s support was fundamental: “He helps me a lot and sometimes takes photos of me.”

Photos involving explicit teasing and racy content are uploaded onto her Onlyfans account as regularly as possible in order to keep her subscribers satisfied. Kelsey says it is not an issue that affects her relationship: “It’s work for me you know, I don’t see it as something other than that, it’s just a job.

“All of my friends and family know about my work and they’re pretty supportive of it. My mum is not that interested in it, she doesn’t generally talk to me about it but she knows what I do. I think she’s more bothered about other people’s opinions. They’re just happy that I’m doing really well and surprised at how well it is going. My family are like ‘Wow, you’re doing amazing’,” Kelsey says.

In Kelsey’s case, her subscribers pay a monthly fee of $15.99, which returns her a four-figure sum per month, although this is typically more than the amount that most Onlyfans users charge.

“It’s hard to keep on top subscribers since I’ve started. Some people stay for six months, some will just stay for one month, but it changes constantly. It’s really up and down but it’s quite low at the moment. My content is generally quite good quality.

“There are some girls that post really explicit content and they have a much higher subscriber count. I don’t post stuff that is too explicit, but I charge more. I have a lot less fans but I make more per person,” Kelsey said.

“I feel like if you put out content too explicit then people will just join, see what they want and then just leave. Whereas I kind of keep my content creative and teasing, which keeps people around and continue to subscribe.”

Kelsey also runs a YouTube channel where she shares her passion for modified cars. She started her channel in order to provide tutorial videos for other girls within the modified car community as well as posting video blogs: “When I posted videos on YouTube, to begin with, I gained a lot of subscribers very quickly.” 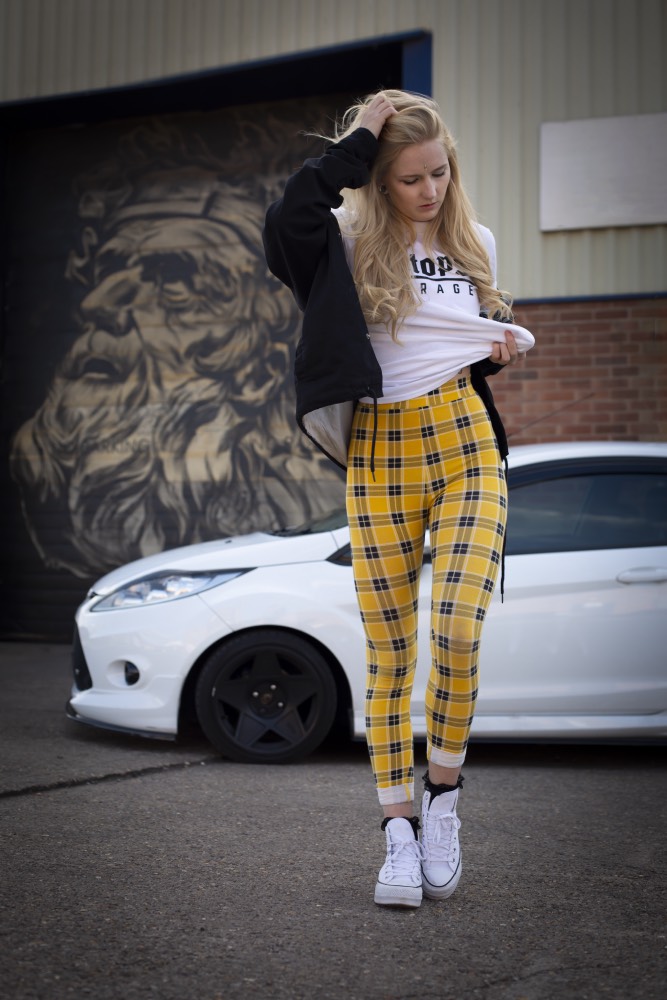 Kelsey hopes by growing her influence through YouTube, as well as promotion through Instagram, will help to bolster her Onlyfans following. Promotion including posing in lingerie and other teasing content which – as long as it does not go against Instagram’s community guidelines for posting nudity – along with being active on Instagram including replying to all comments on her posts, helps drive new subscribers over to her Onlyfans account.

One reason is that subscribers are able to have a direct personal interaction with the user they have opted to subscribe to. This is the case for Kelsey, who interacts with many of her subscribers on a daily basis: “I’ve got fans who have messaged me for months and they just really enjoy chatting and getting to know me. They stay there because they like me as a person.”

Kelsey mentions many people subscribe to her anonymously through random usernames: “Most people sign up out of curiosity. But for those who re-subscribe with me every month, I think they just like the personal experience. They can talk to me and ask what they want.”

“People do chat with me and do tell me what they do with their job. I get to know a lot of people. But I don’t necessarily know who they are.”