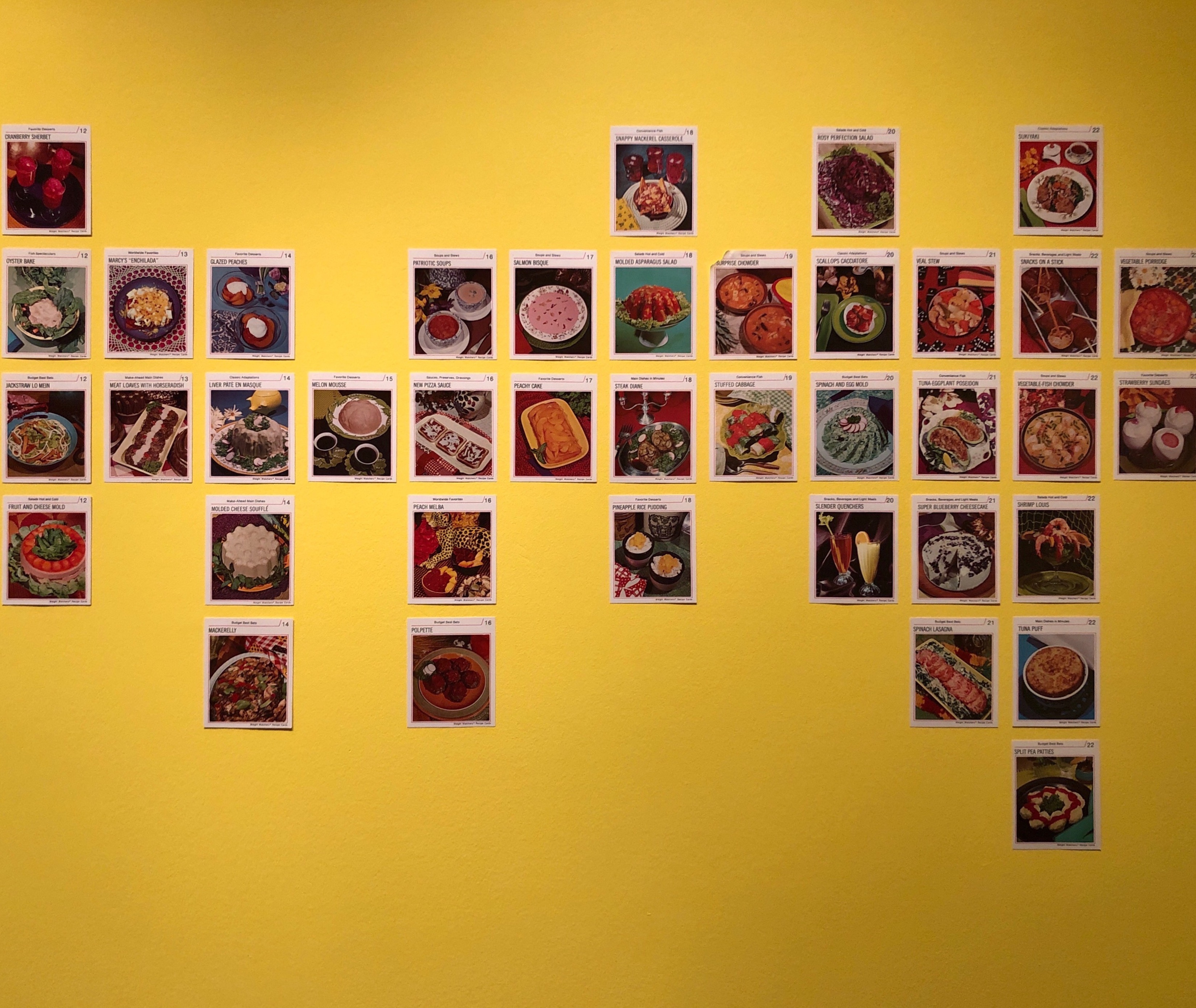 by Oliver Jameson and George Janes

The Photographer’s Gallery shines the spotlight on breakfast, lunch, dinner and everything in between with its latest exhibition Feast for the Eyes, a visual exploration of food.

An array of photographic and video works chronicle the social and cultural impact food has always had on our everyday lives, as well as the ways in which artists and photographers have interpreted this close relationship; with food as the subject or even the medium for art tackling topics as far reaching as race, sex, gender and politics.

Split across three distinct sections, the exhibition first examines food as the subject of still life. At first showcasing the photographers ability to capture each detail of a rotting apple, before expanding to include abstract deconstructions and motifs. Beyond the medium of painting in which food as a subject matter rose to prominence, works by Andy Warhol and Sharon Core take named prominence, with Core’s imagery transcending tradition and verging towards abstraction.

“[Core’s] work is kind of complex, initially you see it and you think it’s just a copy of a painting, but she is thinking about where we still see still life, mainly on the internet now,” explained Susan Bright, the co-curator of the show. 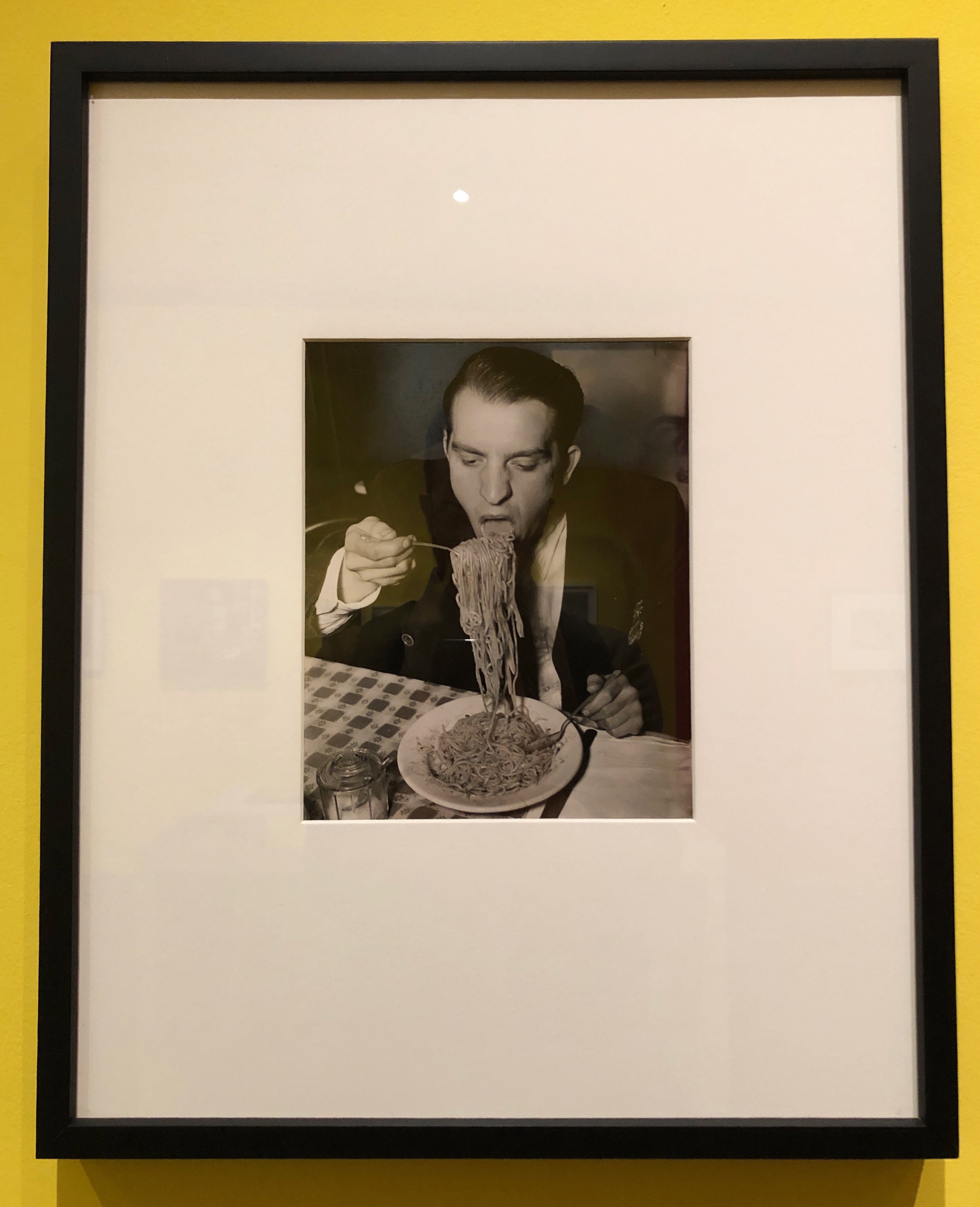 “It’s about reproduction and about how we consume those images.” This is a theme throughout the rest of the exhibition, in which its featured artists use their imagery to subvert traditional meanings of food and food culture.

The exhibition continues with Around the Table, a section focusing on food as a cultural presence. The likes of Martin Parr and Nan Golding capture life around food, eating and the people we eat with as a central components of the relationships and identity we seek to establish for ourselves.

“That can be personal identity, or it could be both cultural and national identity” explained co-curator Denise Wolff. American art photography pioneer Stephen Shore’s work is lauded as a particular example of the inseparable connection between country and cuisine.

“On Stephen Shore’s picture, one of a McDonald’s burger, you know immediately that the photo was taken in the US.”

A separate section featuring cookbooks and recipe cards from around the world suggests a deeper meaning to the compositions, touching upon class and racial divides, and the passing down of traditions and culture.

“Yes, they contain recipes, but mostly it’s about a certain lifestyle,” Bright elaborates. “That can be what we aspire to and how we see ourselves.” A key theme touched upon throughout each section is that of Feminism, and how femininity is seen and portrayed throughout the world and throughout history.

“A great example of that are the cook booklets,” Bright explains. “What we see with those is a story being sold to women, that this is a shortcut, a way to free your time, but also to keep you in the kitchen. That idea of food as control is completely flipped in other areas of the exhibition.” 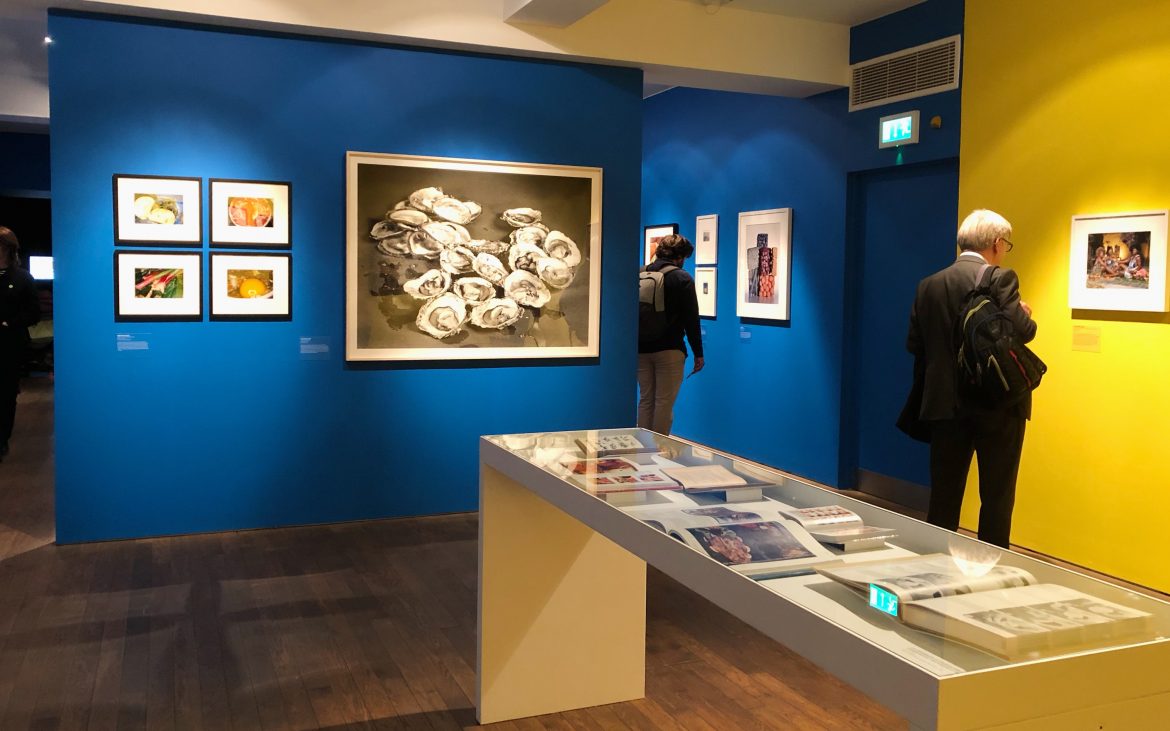 The exhibition’s ‘Still Life’ section focuses on photography that challenges the traditional notions of food as the subject of art.

Concluding the show is Playing with Food, a collection of works that take a more tongue-in-cheek approach to food’s portrayal throughout photographic history.

“It falls into the spoof,” says Bright of food’s role as a vehicle for wit and lightheartedness. “If you spill food, everyone sort of relaxes. So we wanted to get that kind of energy into the room, that feeling of excess in a way.”

Arguably the most provocative of the three sections, Playing with Food outlines the ways in which mealtime can be as much a vehicle for humour as a sensual, suggestive experience.

“[Food] can almost be disgusting or sexy at the same time,” she adds. “We wanted that space to be very evocative.”

Feast for the Eyes is at The Photographer’s Gallery, London until February 9, 2020.