“Summarise your drag in three words?”

It is 11:00am inside a coffee shop in Peckham, an escape from the outside drizzle of a wet Friday morning. Quite the contrast from the bright lights and stage floor 24-year-old Madi, known to many by her Drag king persona of Beau Jangles, is used to.

Described in ‘Man Up’s Drag King’ competition as ‘a sharp dressing, whisky-swilling, womanising jazz singer from the 1940’s’, Beau’s throwback style is certainly finding its relevancy in the drag scene of 2019.

Not only as a solo performer but a member of the Family Jewels Drag collective, a group of kings with performances at Vault festival, The Southbank Centre and DIY Space already under their belts. 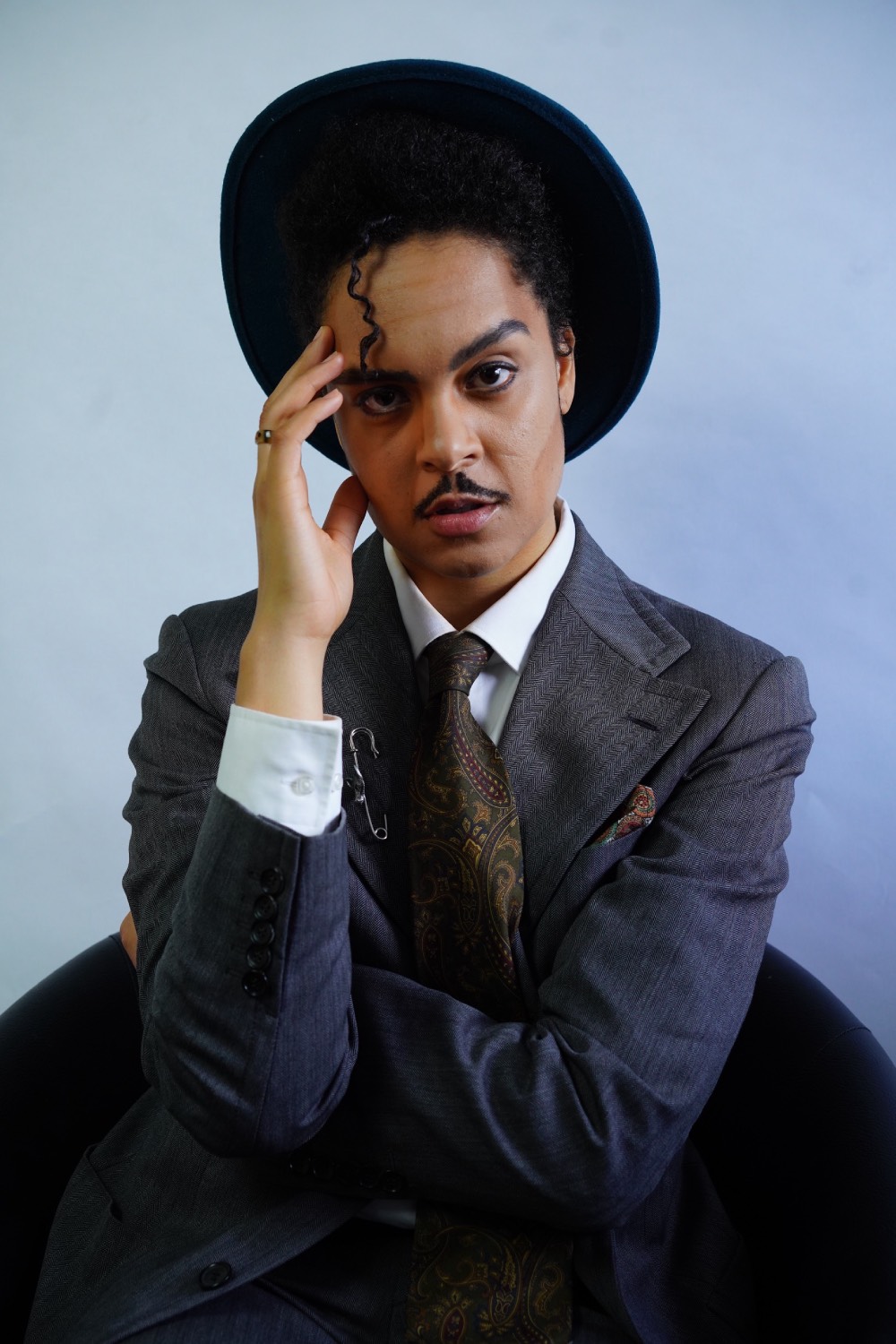 “I always like to listen to music when I’m getting ready,” Madi tells me over the generic radio sound echoing through the café’s speaker. Neo-soul and old school throwback tracks are the go-to sounds whilst transforming into the character of Beau.

As for pre-show rituals, it seems a good track isn’t the only thing that helps Madi get into character. “I like to have a little bit of whisky, just a tiny bit, sometimes even one sip and I’m good because that just sort of clicks everything into place,” she tells me, sipping now from a slightly weaker drink of choice, a latte stands on the table in front of us. “I don’t fully feel like Beau till I have got everything on and a sock in my pants and I’m like, OK, good to go!”

It’s no secret that generally speaking the drag scene is pretty dominated by the stereotypical concept of hyper-femininity. Bold make-up, painfully tall heels, cinched waists and loud dresses to name just a few. But what happens when the crown is on a different head?

“Whenever you’re any kind of minority, be that a woman or anyone assigned female at birth, a person of colour, a drag king, you get the message that to do half as well, you have to work twice as hard,” Madi tells me.

The controversy sparked by recent organiser attempts to cut down Drag King stage time to make room for more queens at events such as ‘Drag World’ highlight just one inequality within the industry. This has left many kings feeling as though they need to shout a little louder to be heard.

Alongside this, October marks the launch of the UK edition of the world-renowned RuPaul’s Drag Race on BBC Three. A show highlighting the talent of all things outfit-making and lip sinking, with just a touch of reality-style drama on the side. Yet despite this transatlantic switch over, to this day a Drag King is yet to feature in a single one of the 145 episodes.

“There’s a misconception that patriarchy stops where queer culture begins,” Madi tells me in reference to Drag Race. “There are a lot of great drag queens who are allies. If you [a Drag King] can get a gig with a drag queen, you’re kinda the token. They might make jokes about how short you are because they’re so tall, but at the same time that’s where a lot of the big money and exposure is.”

Height differences aside, the notable similarities in performance style between Kings and Queens often feels incomparable and in ‘different streams’ in terms of public perception in the words of Madi herself.

History tells of a golden age for Drag Kings existing many decades pre-Beau’s 1940s rise. Historically known as ‘male impersonators’ at the dawn of the Victorian music hall in the 1800s, female performers often dressed up in a top hat and full three-piece suit. Paired with a parody of typical ‘male’ mannerisms, this criteria would have been typical for that of a traditional Victorian gentleman. 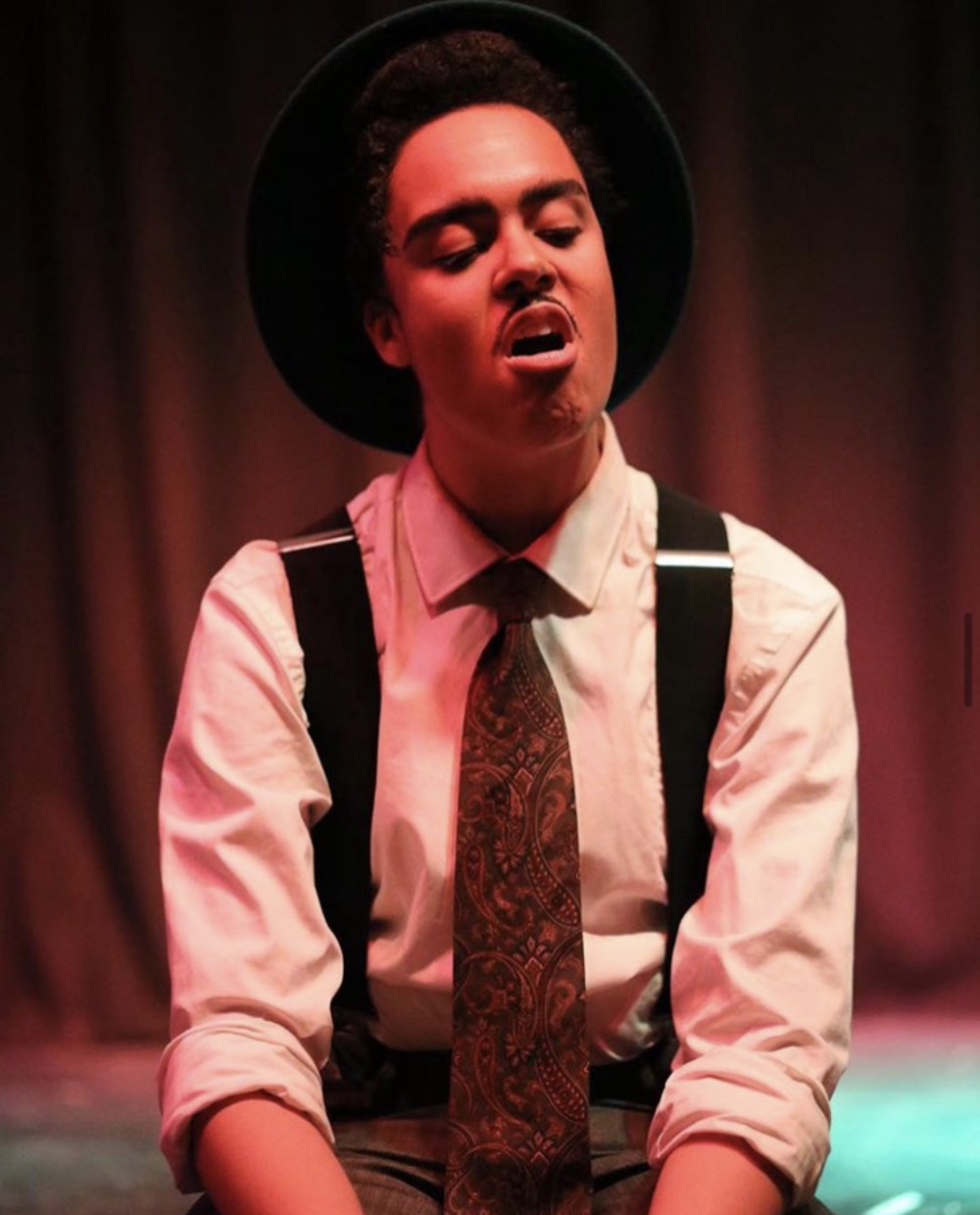 Despite this, for many today, the concept of Drag as a king remains an unfamiliar one. “I think quite a few kings have had problems with people yelling stuff like ‘What are you?'” Madi tells me, reflecting on time spent out in public whilst in full drag attire. An activity she largely chooses to avoid where possible, for fear of safety.

She recalls one incident: “I think the closest I’ve had was when I was walking home after a show at 3:00am in the dark, and these two huge guys are whispering to each other and nudging and pointing at me. I’m like ‘Oh shit! I’m going to get beaten up!’ But then they were just like ‘Hey mate, nice moustache!’

Perhaps paying homage to the age-old saying that ‘men are from Venus, women are from Mars’ is 23-year-old Mark O’Sullivan, or more frequently known in the drag world as Mars, who has been performing in drag for almost three years, although his interest for ‘dressing up’ began long before then.

Swapping traditional royal life on the throne for DJing at high profile cubs in London, Mars is no stranger to the drag industry and offers a perspective from a different angle, that of a Drag Queen.

“It’s nonsense to suggest that a female performer, a trans person or a non-binary individual has nothing to contribute to this art form,” Mars tells me in reference to the performing scene.

“Drag Kings are not taken as seriously or listened to as much. I think that often it’s because of the more dramatic appearance of queens. A sky-high barbie in sequins is sometimes more eye-catching than the doc martin, flannel shirt clad drag king beside them.”

Scouring the internet for any previous research-based statistics comparing the success rate or participation of Drag Kings compared to queens within the industry turns up very little. From this it can be assumed in many ways Drag kings are too niche of a group, or perhaps too little heard of for any formal results to be concluded.

“I have seen a lot of shit drag queens but I’ve genuinely never seen a drag king do a bad performance,” Mars tells me, reflecting honestly on past encounters. “They have so much fire. Sadly, I think some of that comes from the need they feel to prove themselves so that their message doesn’t fall on deaf ears just because it’s not wrapped in sequins.”

“I don’t fully feel like Beau till I have got everything on and a sock in my pants and I’m like, OK, good to go!”

Despite the obvious inequalities within the industry noted by many queens and kings alike, to this day the act of drag, regardless of gender, provides a strong social message for many. The short time spent with Madi learning more about Beau Jangles, left me enlightened, particularly in regards to one of the deeper messages at her character’s core.

“There is and still are a lot of issues within black masculinity. That all comes from somewhere and I wanted to critique it as someone who is thinking about it a bit more cerebrally. As someone who is in that community. I wanted to do an old school thing because you can really hold up a mirror to how we view things today just by emphasising what it was like back then. It really hasn’t changed much.”

For this reason, amongst many others, Drag Kings arguably hold an extremely important role within the performance industry. It is down the responsibility of those both within the community and out to keep these kings on the throne.

This could be as simple as attending cabaret nights, supporting local groups such as The Family Jewels Drag collective, or acknowledging the fact that drag is by no means limited to just one single gender.

After all, in the words of Madi: “Masculinity doesn’t belong to men.” It’s plain to see that drag can exist without a dress.