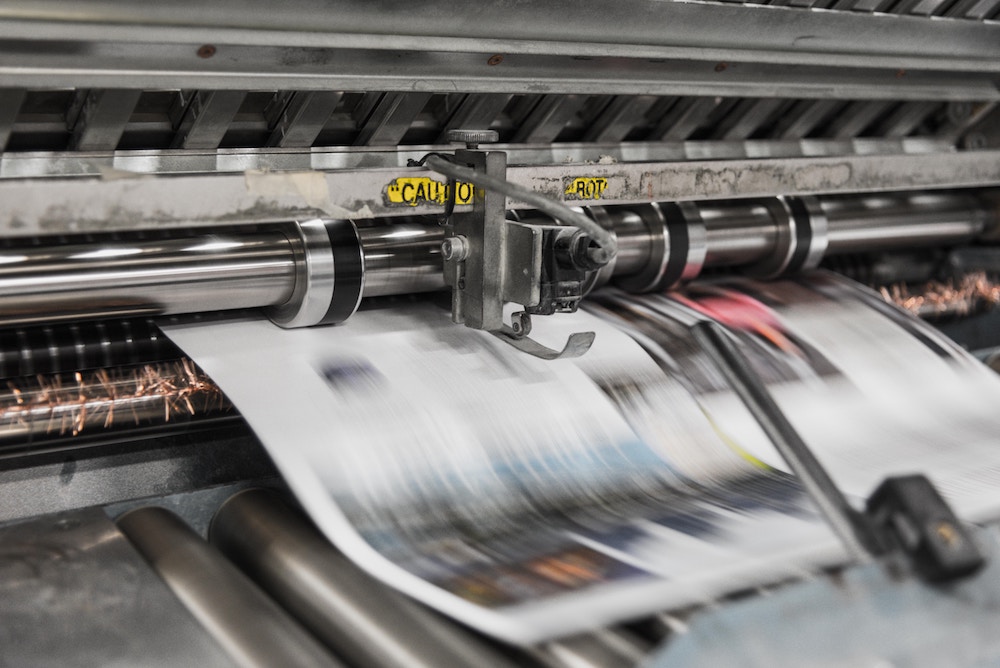 Politicians in Australia are coming under pressure to address growing concerns about press freedom, after newspapers blacked out their front pages in protest on Monday.

The News Corp Australia and newspapers owned by rival Nine showed redacted documents beside red stamps marked “SECRET” in what has been dubbed the ”Your Right To Know” campaign against the restrictions on free speech in Australia.

The protest started in relation to restrictions last year on counter-espionage legislation, which saw some journalists threatened with imprisonment after raids on the public broadcaster, ABC, in June, said to be connected to leaked documents from whistleblowers. 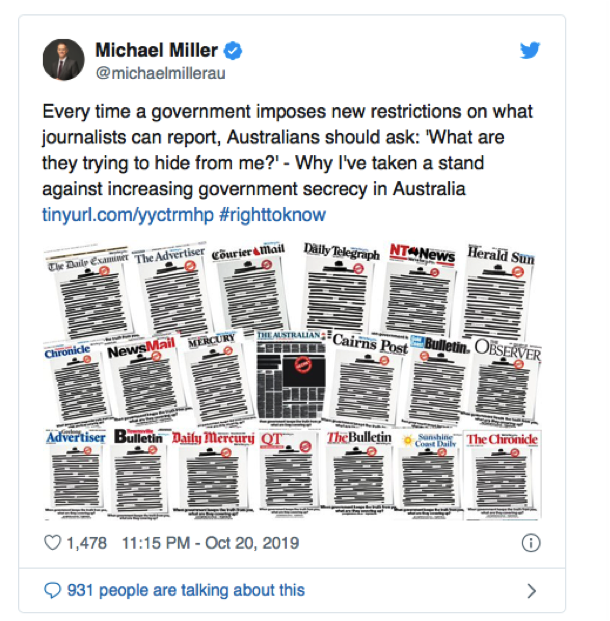 Media outlets have spoken up about giving exemptions for journalists to report sensitive information. Michael Miller, the executive chairman of News Corp Australia, tweeted a photo of the blacked-out news papers and urged the public to ask of the government: “What are they trying to hide from me?”

“I’m proud to see the media acting out like they did on Monday. Leaking documents is probably not the way but if freedom of speech is being taken away from the media, they have to do it this way. They need the right to tell us the truth.” Jennifer Collier, a manager at EB Games who lives in Melbourne told Artefact.

Geoffrey Robertson, a human right barrister, said in an interview on News Corp Australia Network: “Australia is behind other advanced nations in its failure to protect the media from police harassment. In Britain, for example, they may only obtain a warrant to search journalists’ offices and homes with the Director of Public Prosecution’s approval, by making an application to a judge, which the media can oppose”.

“I don’t understand why we are so behind in Australia. When you look at the British news there is another trust and you can actually say that the media are the voice of the people. We need that to happen in Australia too,” said Brian Dobdon, another concerrned reader.

Australia is ranked 21st in the world for media freedom by Reporter Without Borders. Norway, Finland and Sweden are ranked the highest. The UK is 33rd, while the US is 48th.

Monday’s media protest aimed to put public pressure on the government to spare journalists from laws that limit the access to sensitive information and to enable a functioning freedom of information system.

“Other countries that share our democratic values have a functioning freedom of information system. I don’t understand why we can’t have the same in Australia,” Jennifer Collier told us.

At the weekend, the government maintained that three people may still face prosecution in the wake of raids on the Australian Broadcasting Commission and the home of a News Corp journalist.

Prime Minister Scott Morrison said press freedom was important to democracy, but that the “rule of law” must be upheld and “that includes me, or any journalist, or anyone else,” he said.