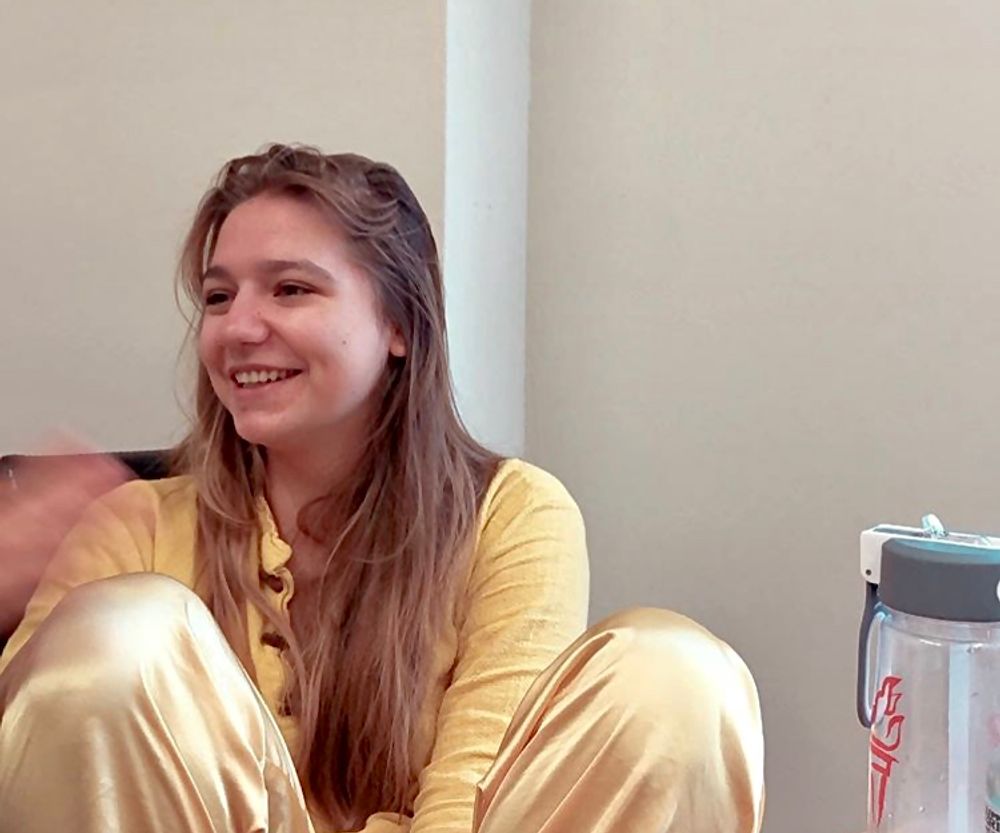 Mental health issues amongst the young people are no longer taboo subjects; society is starting to learn that these problems can affect anyone, regardless of their age, gender, race, or social status.

More and more people that suffer from mental health disorders are opening up about it and it is this progress that allows us to acknowledge the fact that the pain of the victims is real and can affect their everyday life.

Living with an illness such as Post-Traumatic Stress Disorder (PTSD) can be extremely difficult and the victims usually cannot recover without special support. In the UK, mental health support systems have been through a massive change in the past few years, and today every University and health facility offers help to students in need and tries to raise awareness on the problem.

The question remains: Is the mental health counselling provided by universities effective? 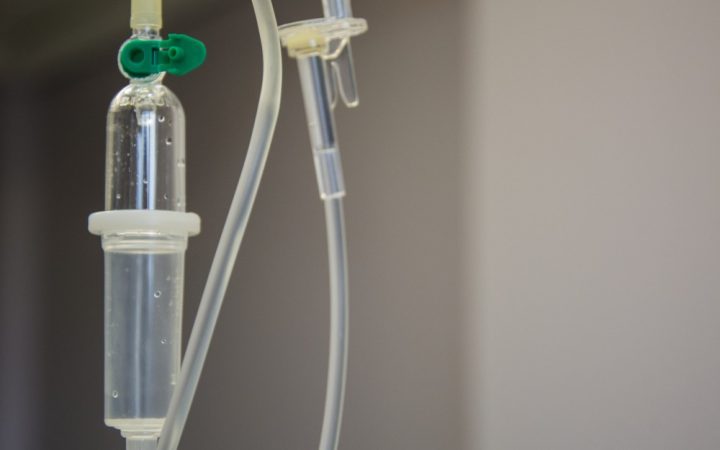 Emilia was in hospital for 12 days after her accident [Unsplash:Marcelo Leal]

On the November 28, 2018, a woman was hit by a lorry on one of Manchester’s biggest junctions while she was cycling to university. 20-year-old student, Emilia Koziel, was knocked off her bike and trapped underneath the vehicle with her leg stuck beneath the tire for 20 minutes before the ambulance arrived. The paramedics said that she was conscious but had suffered foot and pelvic injuries.

Emilia is now 21 and just started her second year in Film and History at Manchester University. “The day of the accident was honestly the worst and most traumatic day of my life, I felt anxiety and stress I have never experienced before.”

She was taken to the Manchester hospital and treated for 12 days. Fortunately, while the diagnosis confirmed foot and pelvic injuries, there was no other physical damage.

However, while the injuries to her body have been treated, Emilia continues to suffer from PTSD since her accident; this is a complex anxiety disorder caused by being involved in, or witnessing traumatic events, and the most common symptoms are nightmares, flashbacks, anxiety attacks, depression and insomnia.

According to NHS, PTSD is estimated to affect one in three people who have suffered a traumatic experience, but it is not clear exactly why some people develop the condition and others do not. PTSD can develop immediately after someone experiences a disturbing event, or it can occur weeks, months or even years later.

“The first time I heard about PTSD was when I was in the hospital after the accident. One of my friends mentioned it to me. A few days after that, a hospital psychologist came to talk to me about how I feel after what happened. She asked me if I have had any flashbacks, anxiety attacks, nightmares etc. I remember I was crying a lot and felt extremely distressed during that time,” Emilia told us.

“Everyone said it was a miracle that I’m alive or have no severe brain injury after such a serious accident. I was in a shook but felt grateful and happy to be alive.”

“The psychologist gave me some breathing exercises to help me calm down and explained what PTSD was, but she said that’s all she can advise for now as the disorder takes a couple of weeks to develop and the feeling of anxiety is normal after such a serious accident.”

After Emilia left the hospital, she decided to go back home to Poland for some time and see her friends and family.

“When I was back home, I was extremely depressed, I suffered from flashbacks, dissociation and insomnia. I was crying every day and couldn’t handle it. My mom sent me to the psychologist in Krakow. She diagnosed me with complex PTSD and advised to contact a specialist back in Manchester.”

After Emilia came back to England, she contacted Mental Health Consulting Services at the University of Manchester. She received an appointment the same day she called the institution. 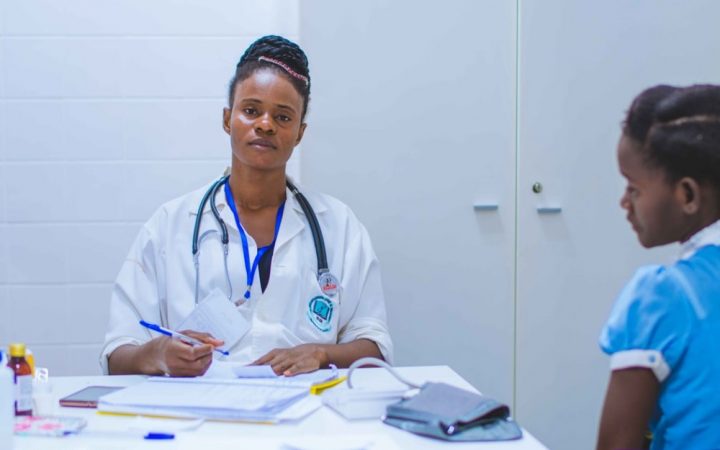 The mental stress of trauma can last much longer than the physical injuries [Unsplash: Francisco Venâncio]

“The psychologist who was assigned to me, Hailey, after analysing the documents I gave her, explained that there are two options in my case. I can either get help from the University or try the NHS. She clarified that the wait for NHS therapy could take up to three or four months,” Emilia said.

“Keeping that in mind, I decided to try The University Consulting Service that offered two types of treatment: Photodynamic Therapy (PDT), a therapy that treats anxiety, depression and sometimes PTSD or Eye Movement Desensitisation and Reprocessing (EMDR), a psychological therapy that treats traumatic memories.”

On February 21, 2019, Emilia attempted suicide. She was found barely conscious in her apartment by two of her friends, Rick and Betty.

“I remember that we all went out that night, but Emilia decided to stay home as she was not feeling well. At around 1:00am, we decided to check on her because she wasn’t picking up her phone. We found her on the ground, not moving and immediately called an ambulance,” Rick said.

“The University Consulting Service was a joke,” Emilia said. “After trying to contact them, they said that I would need to wait for therapy and that they were overbooked and couldn’t help me. Hailey, my assigned psychologist, was sick for a couple of weeks and there was no one else to give me support.

“I remember I was crying on the phone and said that I want to talk to someone and I feel horrible, but the receptionist said that it was not in her power to do anything. I was extremely desperate and felt ignored and alone. The Consulting Service didn’t even provide me with any information about other institutions or support groups that could help me during that time.”

After Emilia’s suicide attempt and her stay in the hospital, she was given help from the Home Treatment Team. They are responsible for helping people whose lives are at risk and need intensive, everyday care.

“They gave me a list of helpline phone numbers and a session with a psychologist in the hospital. A couple of days later, I contacted The Manchester University Consulting Service and explained what happened. They were very apologetic, and I received treatment immediately,” Emilia said.

“I was assigned to a mental nurse that had an appointment with me every week. I was seeing someone form the Home Treatment Team every couple of days as well, so I had good support at that time. They looked after me until I felt better which took around a month, I believe. A psychiatrist prescribed me medicine for sleep and anxiety and offered EMDR therapy for the second semester.” 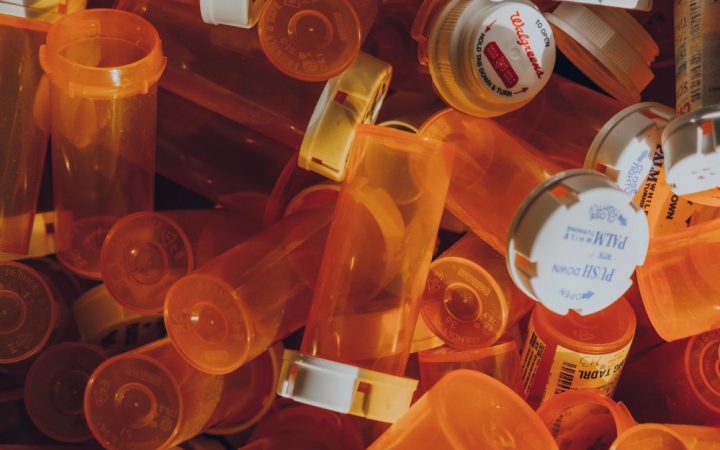 Conventional drugs are not always the answer [Unsplash: Haley Lawrence]

Healthline describes EMDR therapy as an interactive psychotherapy technique used to relieve psychological stress. It is an effective treatment for trauma and post-traumatic stress disorder (PTSD). During EMDR therapy sessions, you relive traumatic or triggering experiences in brief doses while the therapist directs your eye movements.

“My family was trying to be very supportive during my therapy, but it was difficult for them to understand my depression, mental health issues, and where they came from. I feel like our parents don’t really get it or believe in it, unfortunately. I think a lot of people can relate to that topic.”

“The hardest thing about it all was that I felt so helpless most of the times, I couldn’t control myself or my emotions, I became a different version of myself. I hated that version with all my heart. I struggled to find happiness and I was constantly comparing my life before and after the accident, and I detested the one after,” Emilia said.

“When it comes to daily life, my untreated PTSD caused pretty bad depression, recurrent flashbacks, anxiety attacks, fear of big vehicles. I hated crossing the road, especially on the junction. I had a lot of trouble focusing, especially when it came to school work.

“The tutors were quite understanding, and they advised me to take some time off. I could apply for extenuating circumstances, but the documents from the hospital only informed about my foot and pelvis injury and didn’t contain any pieces of information about the state of my mental health. Because of that, I got only four weeks of extra time to prepare for my essays and exams,” Emilia told us.

“That was very little time for me, and unfortunately, I failed my film exam. I was completely devastated and decided to explain my situation to the tutors. They offered me an extra week of preparation and an opportunity to have my lectures recorded.” 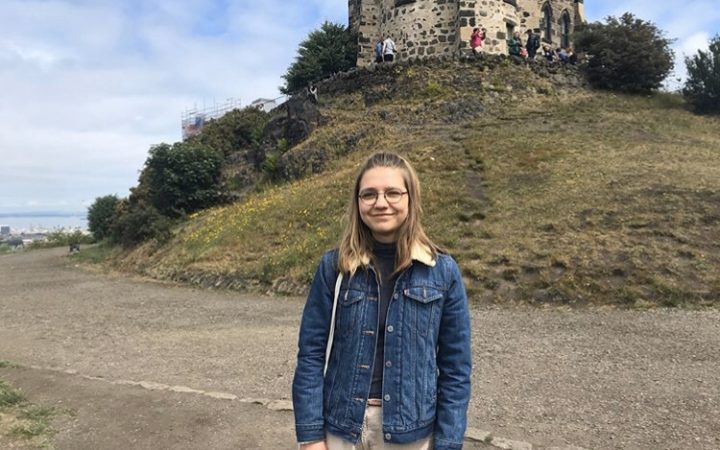 “I think that they could have done a better job and give me more support because my academic advisor was not helpful at all,” she concludes.

Today, there are many people with mental health problems, especially in university, so it is understandable that counselling services receive a high volume of requests. Still, none of the situations should be ignored or overlooked.

After hearing Emila’s story, knowing what the University’s Mental Health Service has to say would be relevant. Artefact reached out to them for an interview or a statement, but at the time of publishing, they had not provided a response.

Even though Emilia is in the process of recovery and growing stronger, her experience with the PTSD and mental health support service was not easy. She claimed that if not for the life-threatening event that occurred, she probably would not get the help she needed to this day.

The question arises, whether the universities’ services can do enough to keep all of their students safe?

It is understandable that mental health institutions are busy and may have trouble providing excellent help for everyone, but some kind of improvement is needed. Let us hope that in the future, situations like Emilia’s will not happen and we will be able to see the progress and development in practice.